Medical Students Strike for Hostel Space in Kolkata: Hello, Is Anyone Listening?

The students’ hunger strike over hostel accommodation at Calcutta Medical College and Hospital (CMCH) entered its 12th day on Saturday. Tired Aniket lying on protest stage said, “We will not withdraw our protest until authority agree to give us proper accommodation.” His blood pressure is fluctuating and sugar level is very low. Arnab, Ayan and Soumyadeep are still fighting for their rights.

Calcutta Medical College campus has been under deadlock since June 27, when students when students started protest over not getting hostel accommodation and demanding transparent process of hostel allotment. Medical College authority was refusing to listen to the students’ demand that they will be allotted hostel in new 11 storey hostel. The principal came out with a notice that new hostel is only of new students, citing Medical Council of India (MCI) guideline that fresher should be kept away from seniors but the students said it also mentioned in the rulebook if separate block was not available the medical college authority should seniors’ access to the place.

On July 10 six students sat on a hunger strike protest then two more joined on July 12 but Dr. U.K. Bhadra, principal of Medical College and Hospital Calcutta held a press conference on July 17, he allotted accommodations to 276 older students in old hostel. “There is no reason for current agitation, the seniors’ hostel will be repaired soon.” He said. Meanwhile, he fell sick in his chamber while speaking to the press, and was admitted to the ICU of SSKM Hospital. The students claimed that more that 12 students were allotted accommodation in girls’ hostel. They also complained those participated in the protest did not get accommodation.

Many students organisation, medical college alumni group even parents of students joined the protesting students. They have participated in 12hours relay hunger strike to register their protest. In the meantime, President of Progressive Junior Doctor’s Association in Bengal, Raunak Hazare, alleged that the protesting students are supporters of “Naxalite ideologies”. Last night two students out of six hospitalized after their blood sugar level fall.

“Students are fasting here for their rights and government and its people are busy in celebratingIlish Utsav! It is unfortunate Bengal media is also silent on us.”said father of a protester.

“A board of doctors was formed to examine them round the clock. They are not well. They have extremely low pressure and sugar levels, but the strike will continue. Two of them had to move to hospital after their condition deteriorated on Saturday.” Said Kunal Bole a final year student.

Agitation got a further boost yesterday, 15 students joined the ongoing hunger strike at Calcutta Medical College and Hospital. Interns at the hospital have announced they would support the strike. Today people from different forum are coming to register their protest at College square in Kolkata.

State government is still maintaining silence on this issue. 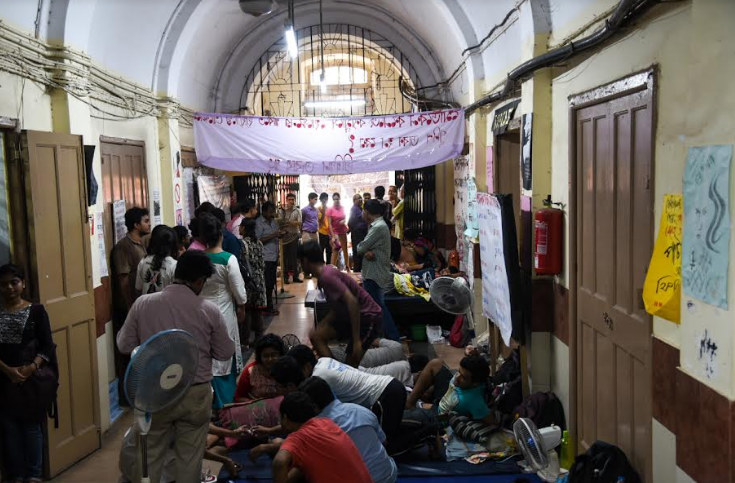 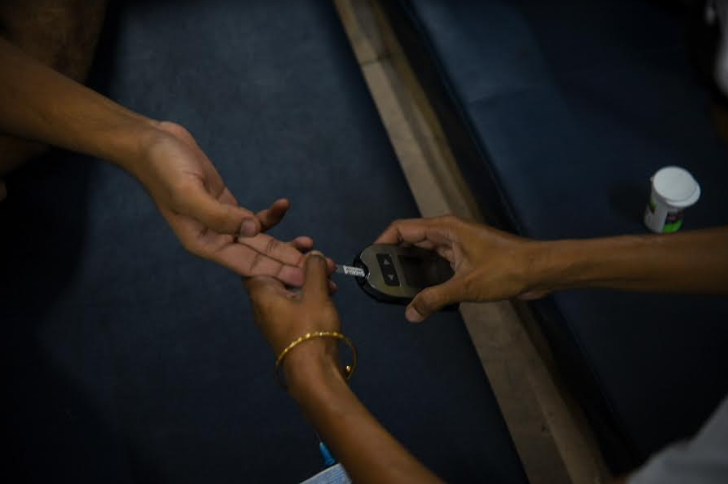 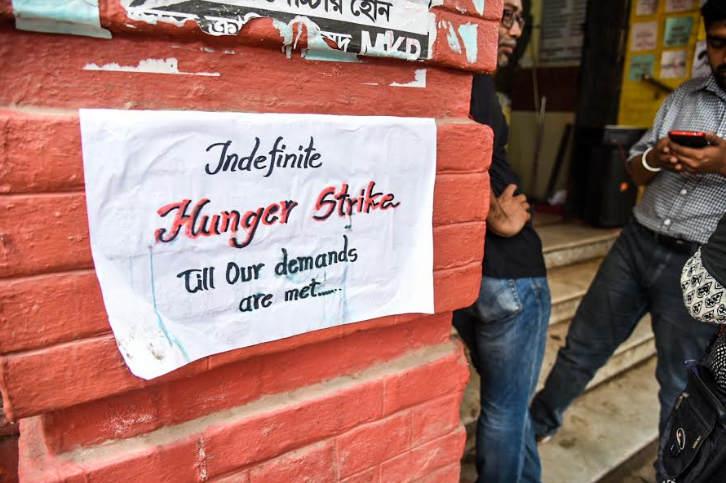 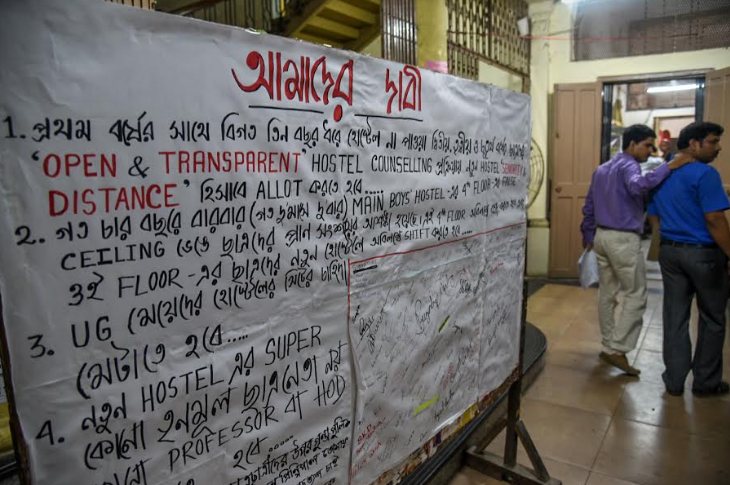 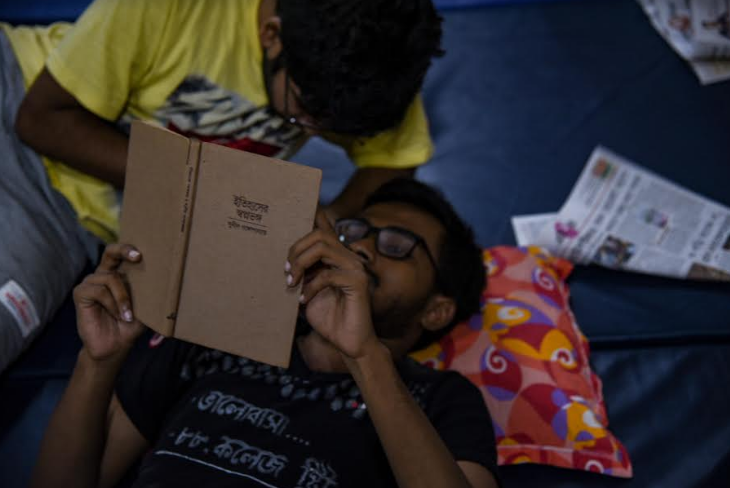 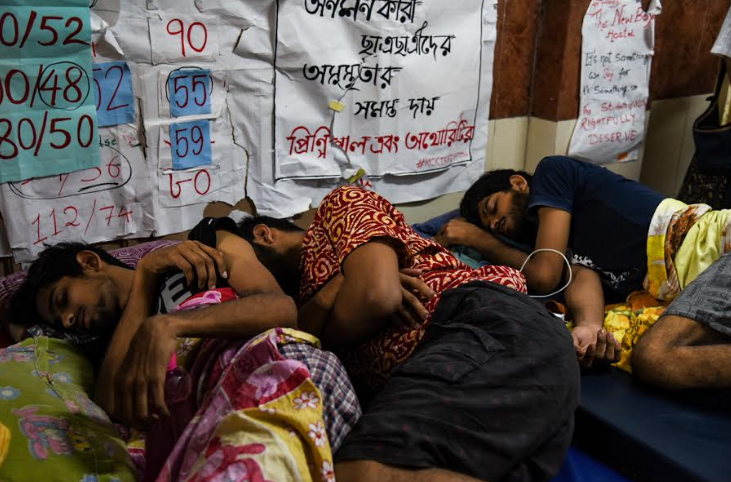 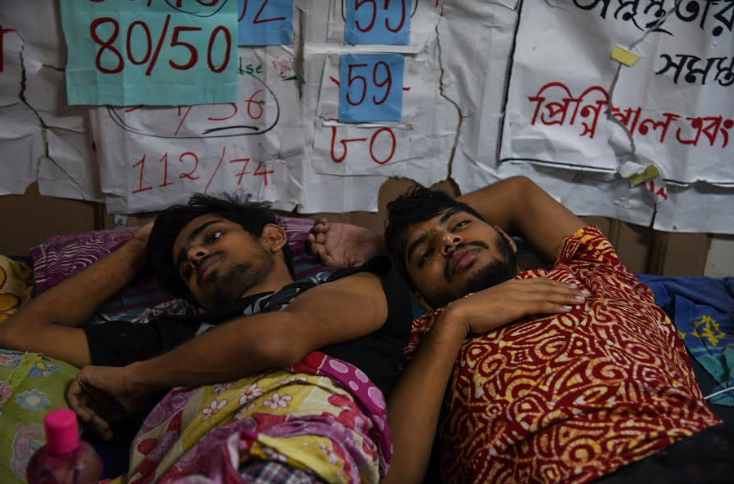 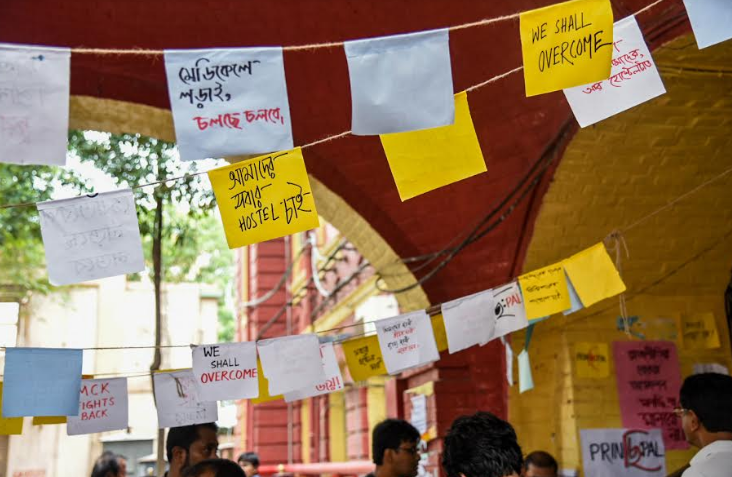 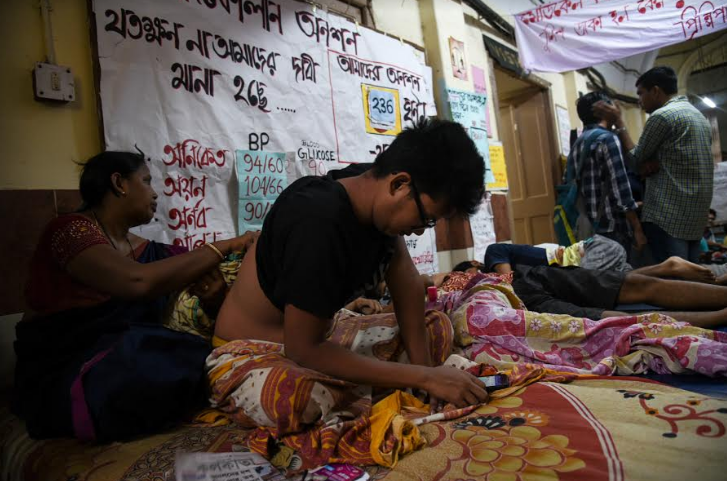 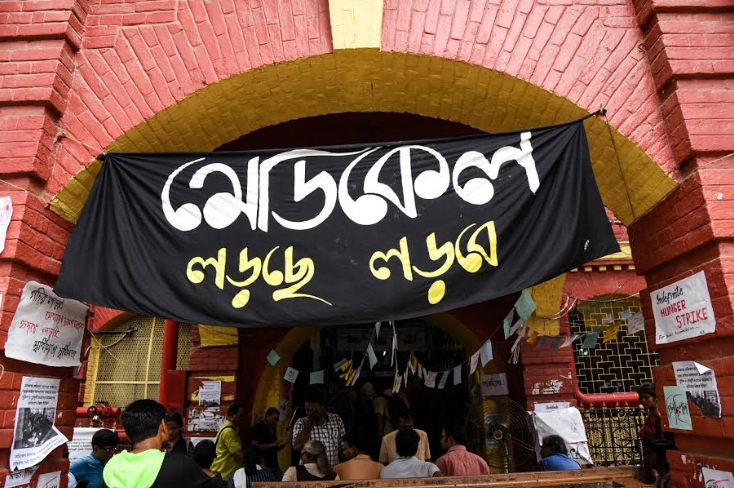 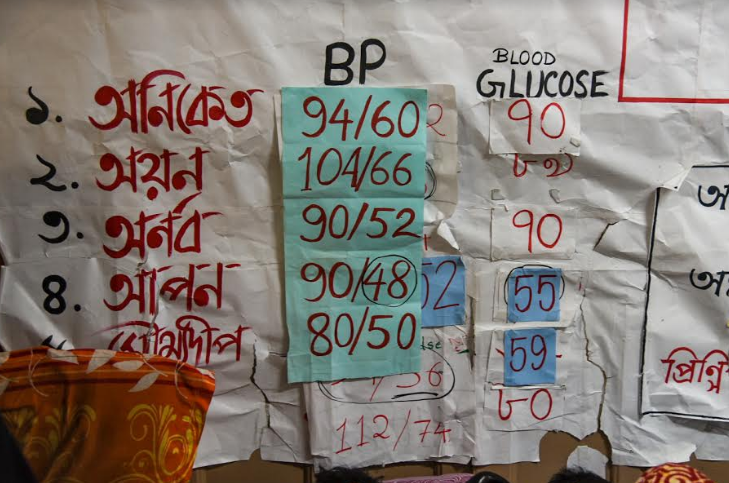 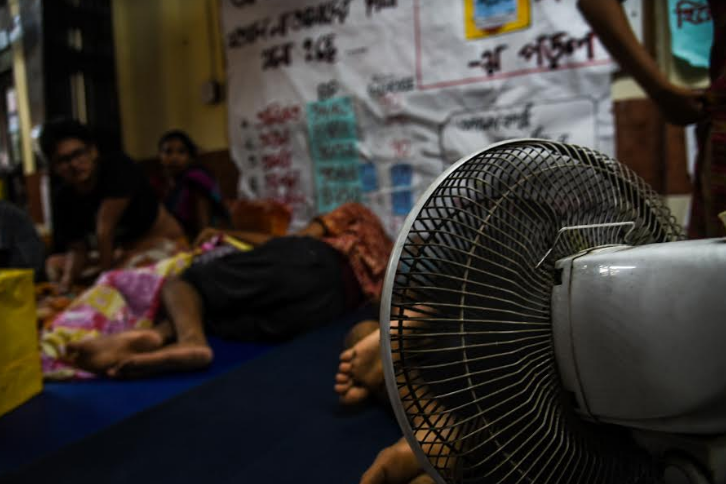 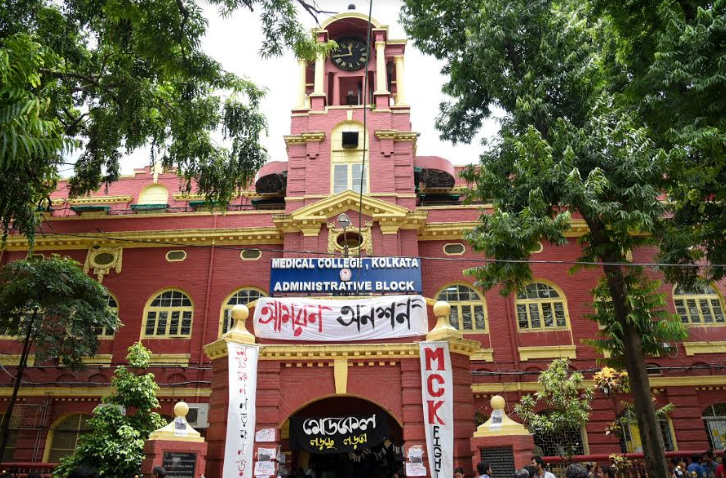 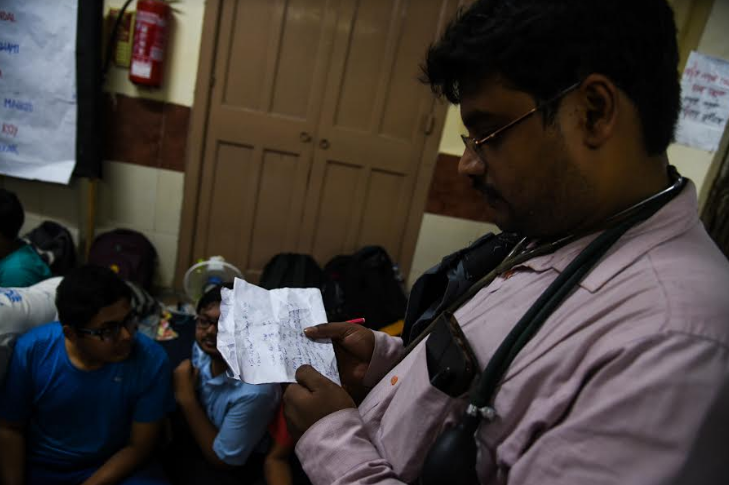 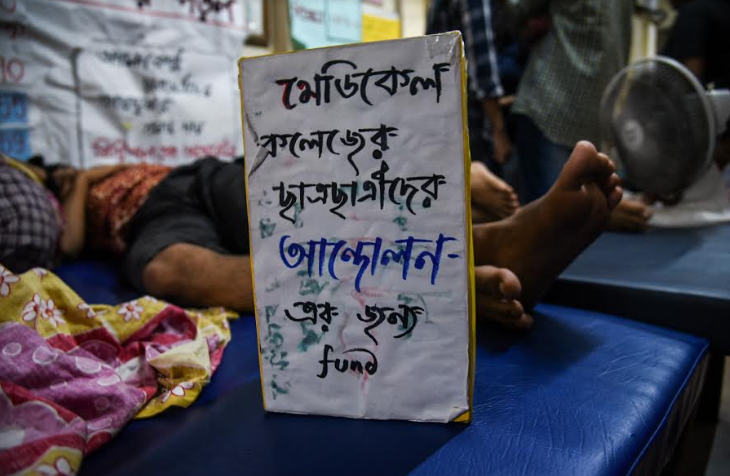 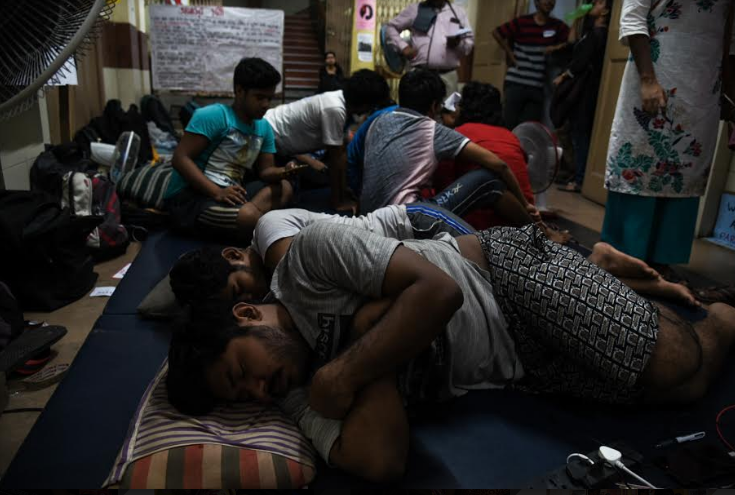