NEW DELHI: Approximately 250 protestors gathered in New Delhi on Saturday evening to demand that India’s Central Government declare the ongoing floods in the State of Kerala a “national disaster” and provide adequate relief funds and forces to rescue flood victims.

Protestors marched from Kerala House to Parliament Street, where police prevented them from proceeding. Sitting down to protest in the street, they listened to several speakers who repeatedly criticized the ruling Bharatiya Janata Party (BJP) for failing to act. “Because of the continuous pressure from all of us, the Central Government led by the BJP had to revise its earlier declaration of 100 crore ($14 million) package for flood relief and increase it to 500 crore ($71 million),” said Dr. Maya John, an Assistant Professor of History at Jesus and Mary College.

Monsoon season typically lasts from June to September in Kerala. It always brings heavy rains, but this year’s rains — the heaviest in over a century — produced massive flooding. Since August 8, over 350 people have died in the floods, which caused an estimated Rs 20,000 crore ($3 billion) in damage. Approximately 200,000 people are living in refugee camps, flood waters have not yet subsided, and many people remain trapped. Over 80% of Kerala’s power supply has been cut, electricity is intermittent, mobile telephone services are interrupted, potable water is in short supply, and stores are mostly closed or empty.

“The main question is a political question,” said Waseem, a student at Jawaharlal Nehru University. He said the Centre gave 500 crore in relief funds for the 2017 Gujarat flood and 1000 crore in relief funds for the 2014 Jammu & Kashmir floods “on the first day.” Yet, he declared, “When it comes to Kerala, the approach of the Central Government is utmost different. They are saying that it is not that much of an issue. They are saying that the people who are residing there — mostly minorities, mostly from Christians, mostly from Muslims — don’t give anything to them.”

Other speakers echoed Waseem’s sentiments. “I stand here today as a representative of each and every student of Kerala,” said a student from Jesus and Mary College. She lamented, “It’s a shame that we have to march to get Centre’s focus for adequate relief funds.” Saying funds should be naturally given, she asked, “Is Kerala not part of India?”

Signs and slogans raised by the protestors also shared the recurring theme that Kerala is being treated as separate from India. “Relief funds are not charity — it is our right,” was one slogan. Another slogan proclaimed, “We want justice for Kerala people.” One sign read: “Do we matter to the nation?” Other signs compared the Centre’s 500 crore relief package to an alleged 4800 crore ($687 million) “for PM’s publicity” and stated, “BJP Government DOWN!”

Dr. John asked, ”Why should we keep quiet when a huge party like the BJP, leading the Central Government, is completely and openly undermining the very core principles of federalism whereby the Central Government is supposed to assist its State Governments fully?” She continued, “Isn’t it a crime? On the question of religion — we must be very honest with ourselves. Kerala is seen by the BJP as a State which has communities of Christians and Muslims mostly, and a State that doesn’t vote for BJP…. That calculation is very much there. It is the reason why it took them so long to intervene. It is the reason why they first declared only a miserly 100 crore package when this is the biggest flood this country has seen in over 100 years.”

“It has to be declared as a national emergency,” concluded John. “We have to push the government to galvanize more resources for Kerala. We will not stop criticizing the government, because both things go hand in hand — our relief work and our exposure of the bias of this government. That alone is going to provide Kerala the kind of relief that it needs right now.”

“Kerala is the powerhouse of India when it comes to human development,” remarks Pieter Friedrich, an analyst of South Asian affairs. “Its Human Development Index is the highest in India because of its exceptional success in combating poverty, educating the people, and ensuring top quality healthcare. It also has the highest literacy rate in the country, which may explain why it has never voted for the BJP.”

Friedrich claims there is a strong correlation between illiterate populations and BJP governments. “Out of 19 BJP-ruled states in India, 15 have a literacy rate of 80% or less,” he explains. “The BJP rules four of the five most populous states in India. Three of those — Bihar, Madhya Pradesh, and Uttar Pradesh — comprising 375 million people, have literacy rates of 70% or less. We must also remember that literacy is not synonymous with education. Whether it is because Keralites are literate and educated, while nearly half the population is non-Hindu, the BJP holds no love for Kerala.”

Charity Joseph, a UK-based spokesperson for Organization for Minorities of India (OFMI), said the group echoes the demand that the Kerala floods be declared a national disaster. “The most fundamental duty of any State is to protect its people,” said Joseph. “OFMI calls on the Government of India to acknowledge the national disaster presently occurring, treat all its citizens equally, and take each and every measure necessary to uplift the suffering people of Kerala.”

“While the government in New Delhi dithers about, international communities of Mulnivasi are acting to help each other,” added Arvin Valmuci, a US-based spokesperson for OFMI. “We particularly admire the actions of Khalsa Aid International, which has previously provided urgent aid in Iraq, Syria, Somalia, Haiti, Pakistan, and many other devastated zones around the world, as well as to Gujaratis after the 2001 earthquake and Rohingya Muslims in 2017.” He noted that Khalsa Aid reached Kochi, the commercial capital of Kerala, on Friday and began filling food requirements for 8,000 people, with plans to feed thousands more. “Khalsa Aid, a project of the Mulnivasi, is a leading example to India of service to all,” said Valmuci. 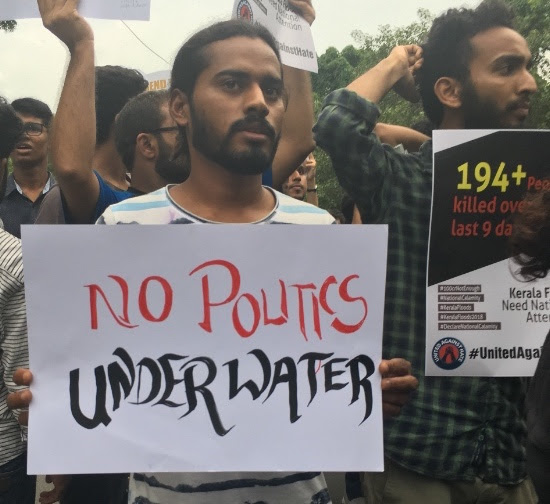 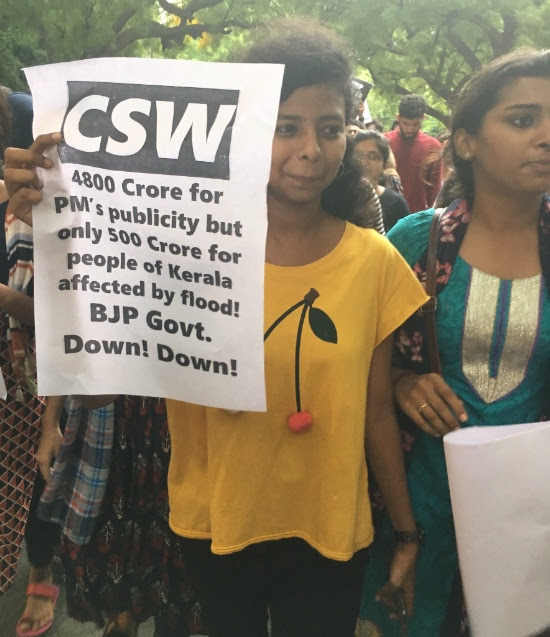 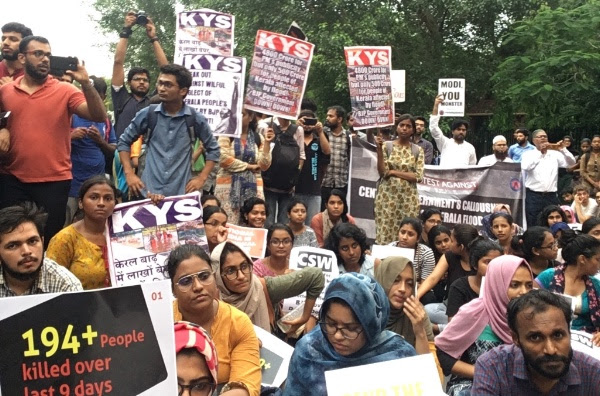 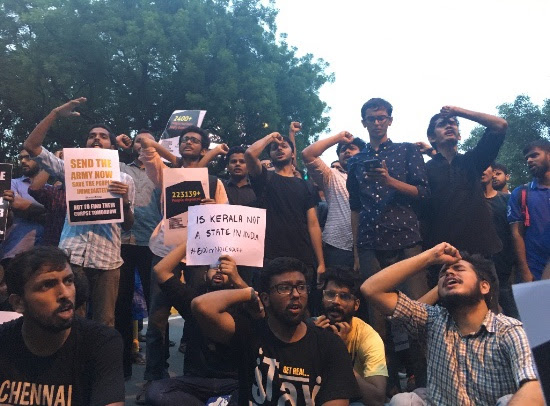 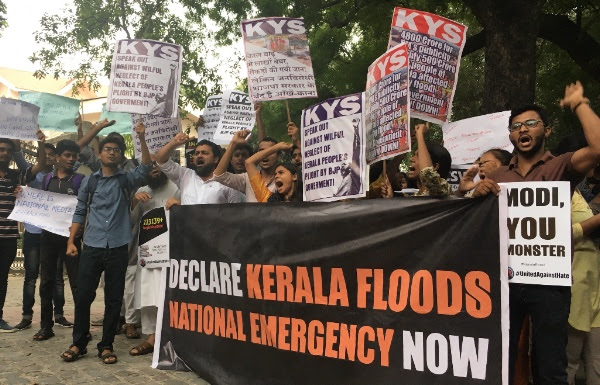