NEW DELHI: The University Grants Commission (UGC) has written to the Vice-Chancellors of all universities and higher education institutions to celebrate ‘Surgical Strike Day’ on September 29, to mark the second anniversary of the Indian army’s strike across the Line of Control.

The news reads like a satire piece, worthy of The Onion’s best headlines. A circular issued by the UGC says that students should pledge their support for the armed forces in writing to mark the day. “The university/ colleges may organise a meeting, calling ex-servicemen who will sensitise the students about the sacrifices made by the armed forces in protecting the borders,” the circular reads. There are even plans for a parade. 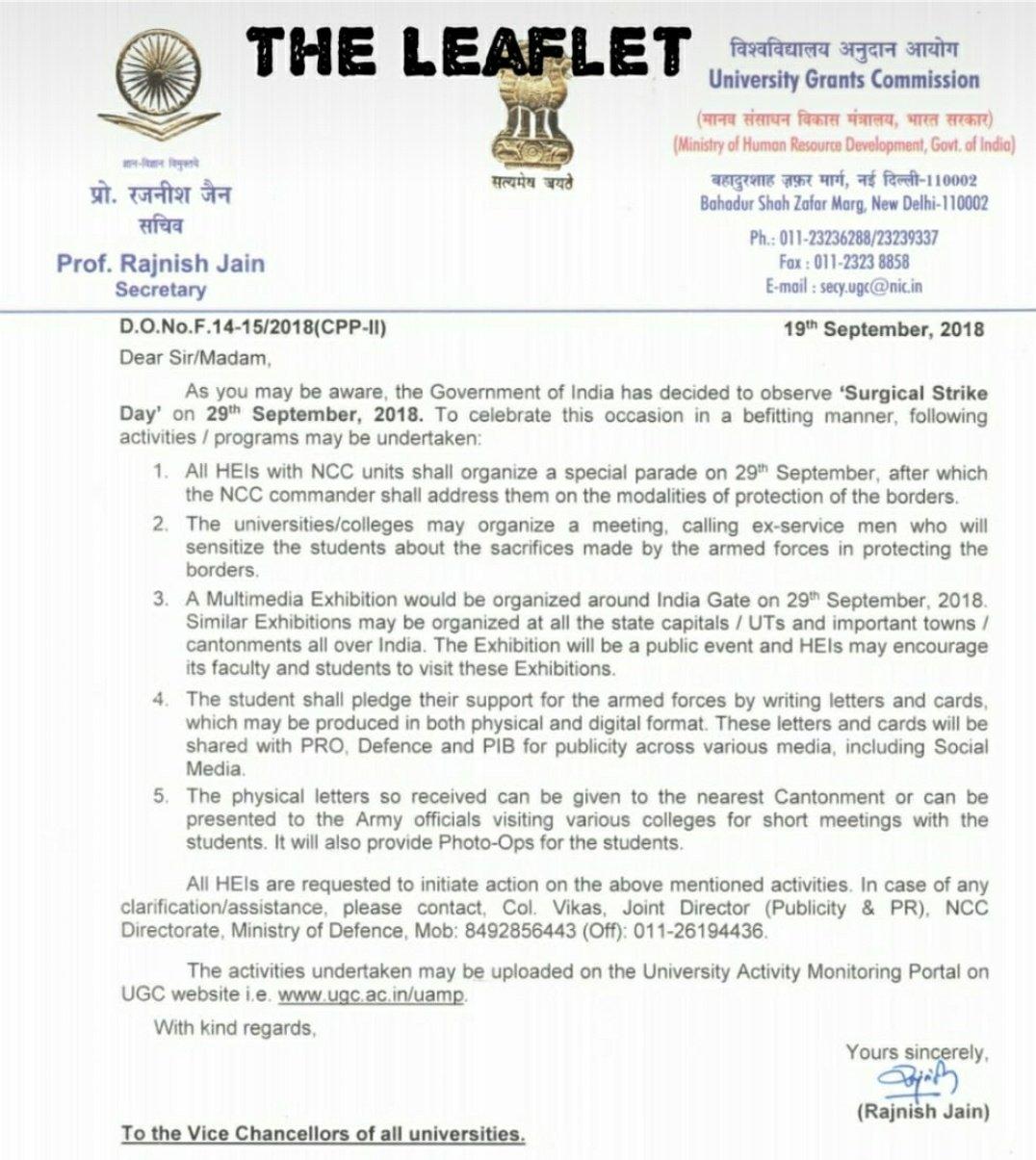 I had to read the circular several times to make sense of it… since when do we, as a country, propagate the celebration of war and the loss of lives?

Were people falling for this? A quick scroll through Twitter – my go-to when I need a quick and easy insight into what people are thinking – probably speaks for itself.