NEW DELHI: In an order issued to its departments and centres, Panjab University in Chandigarh has demanded that they begin profiling Kashmiri students.

An email from the Dean of University Instructions, Professor Shankarji Jha, to all the departments of Panjab University stated, ‘You are requested to provide information on Kashmiri students admitted to your department/ centre/ institute to the office of the undersigned latest by October 11 till 4 pm positively.’

The email further stated, ‘This may be treated as most urgent/ time bound.’

The administration has asked for the name of the student, their father’s name, class, address and contact number.

The move follows reports of the arrest of three Kashmiri students from the CT Institute of Engineering Management and Technology in Jalandhar. Local authorities had alleged that the students were ‘associated with’ the militant outfit Ansar Ghazwat-ul-Hind (AGH).

The Citizen spoke to Kanu Priya, the president of the Panjab University Campus Student Council (PUCSC), who said, ‘Such details have never been sought from any department before. University authorities have created an environment of suspicion and constant surveillance.’

She added that seeking such information and profiling on a demographic pretext would further ostracise Kashmiri students and create a sense of alienation among them.

In a statement the PUCSC strongly condemned the university administration’s actions, and demanded the immediate withdrawal of the notice. 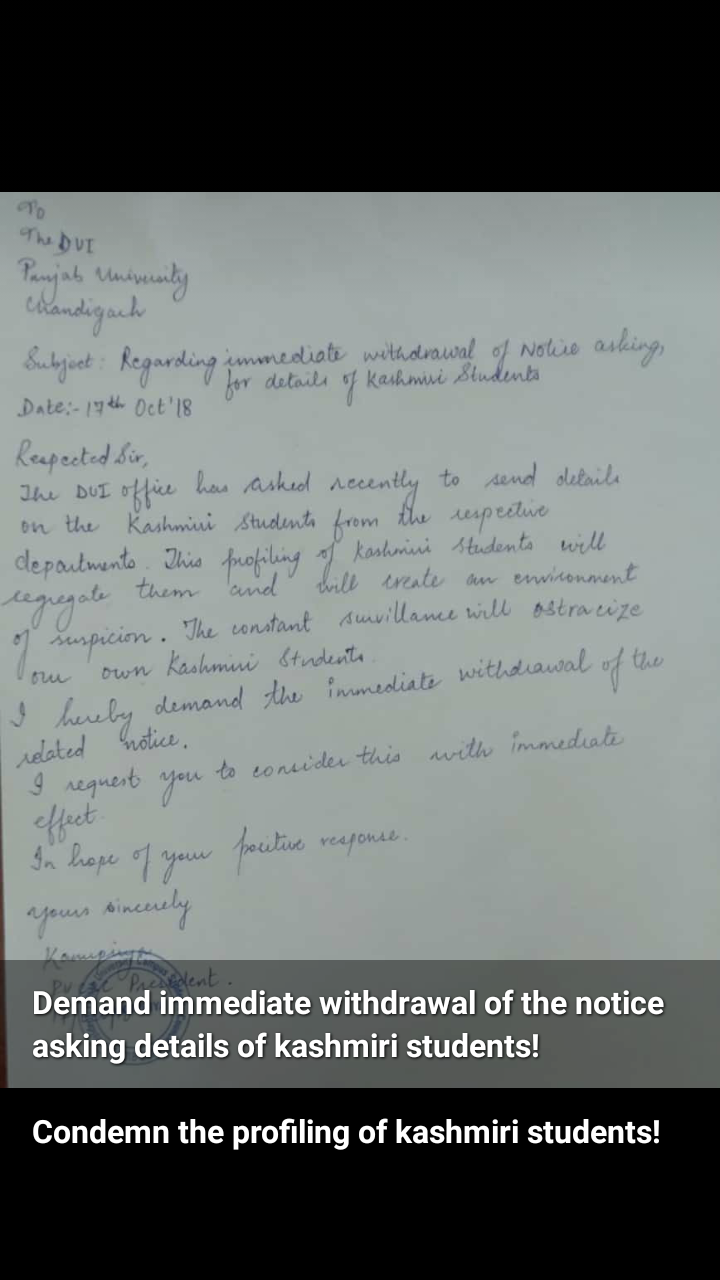