Off Stage: The Aftermath of India's Only English Singing Reality Show

The spotlight appears and the camera shifts from a wide view of the audience to the centre of the stage as Shibani Dabnekar struts, mic in her hand, wearing a glittery dress. She is not modelling, but emceeing for The Stage, an English language singing show in India broadcasted by Viacom 18.

For three seasons since 2015 The Stage, judged by a panel of four diverse musical maestros from Bollywood and the Indian music industry, has catered to the English-speaking demographic of Colours Infinity and VH1. There was composer and rocker Vishal Dadlani, popstar Monica Dogra, the CEO of Universal Music Devraj Sanyal, and guitarist, Ehsaan Noorani. However, this is not their story.

This is the story of how The Stage tried making future rockers, popstars and composers.

The Stage has had a mixed batch of contestants (mostly youngsters) from all corners of India. From small towns to metropolitan cities, a pan-Indian competition was created recognising the top layer of English vocal talent. Some like the Jalandhar based group ‘Rhythm Divine’ comprised singers who couldn’t converse in English fluently but could nevertheless sing it perfectly!

The contestants, finalists and even the winners are exploring new avenues in music after their three months of singing finished in front of the camera. It’s clear as Zoe Siddharth from Season 3 remarked, ‘The show has opened up several possible opportunities for a struggling English vocal artist, who has just been introduced to the industry.’

Some like Season 1’s Raghav Meattle are rising stars, with new singles and albums. Meattle’s recent crowdfunded album ‘Songs in a Matchbox’ is trending within youth circles. Another alumnus from the first season, Kamakshi Khanna, tours all over with her band, The Kamakshi Khanna Collective. Several such instances can be mentioned. 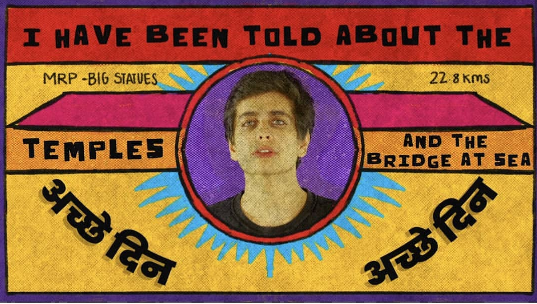 More than giving birth to stars, just like any other reality series The Stage changed contestants both as people and as artists. Everyone had their own calling to hear the sound of music in their own way. Some like Zoe Siddharth were always musical dream girls. ‘I always thought of music as a career option. However, I was scared and worried and didn’t know where to start from or how to start at all,’ she recalled. In fact, she is about to obtain a music degree from Singapore now.

Others had to bet on high hopes. Raghav Meattle quit his corporate job to settle in Mumbai and pursue singing. Siddhant Sharma, the winner of Season 3, decided to channel his vocal powers after a little birthday party gig. Further introspection made him realise this actually could be a career prospect.

Hence, Sharma left his graphic designing job in Kolkata to move to Mumbai. As he put it, ‘I had to be away from my family, my friends and totally dedicate myself to music.’ Becoming an independent musician in India seems to be a shot in the dark after all.

Sharma went on to be selected in the early audition rounds of Season 2, only to be eliminated. In a somewhat cinematic storyline, he came back in Season 3, winning over the judges and eventually being the victorious gladiator of the musical arena till the very end. 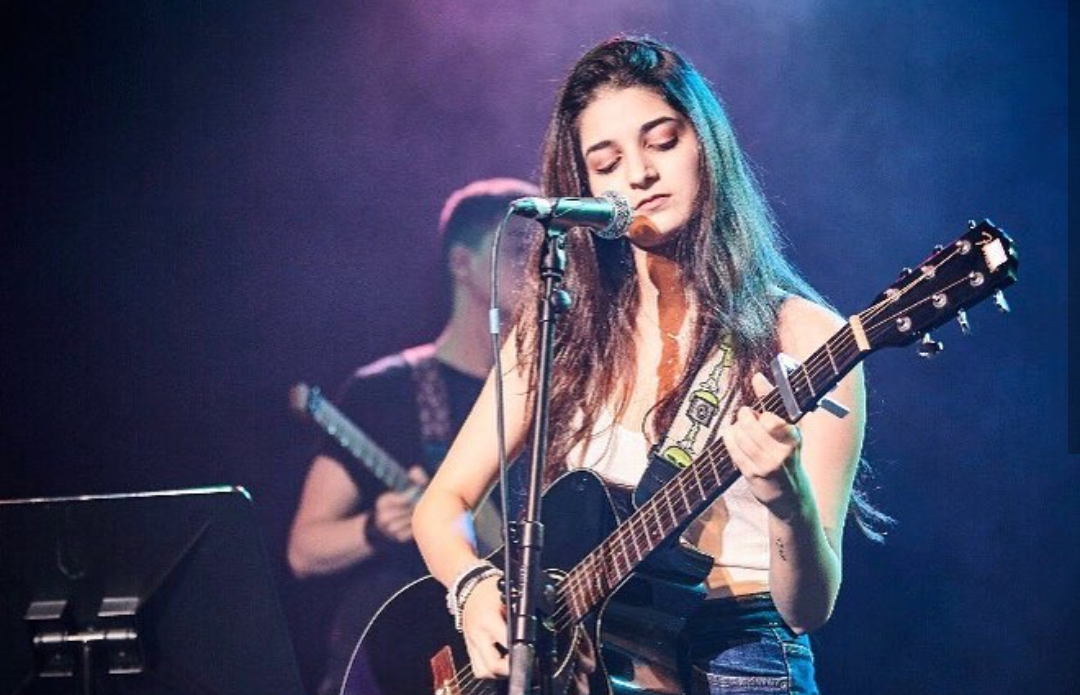 Talking about cinematic stories, Urgen Yolmo from Sikkim came all the way to Maharashtra’s capital without his parents knowing. And in true sentimental reality show fashion, as he reached the finals of The Stage, his parents were there on video call supporting their son.

‘I hadn't ever imagined that I'd take up music as a career before I got into the show. Didn't have enough support from family and I guess wasn't confident enough either,’ Yolmo said.

Now, in a fortunate twist of fate, he is working on a new single and EP. ‘There is no security in this field, but it's the passion and the love from the people that you get that pushes you.’

Reality TV is not focused on just talented singers but talented performers. The show business doesn’t want singers standing at one point in front of the mic; they need literal ‘movers and shakers’.

An anecdote from Siddhant Sharma’s early career shows this metamorphosis. While performing at a gig, instead of the audience, his eyes were sheepishly stuck on the drummer behind him. Yet on the show he went on to boldly perform covers of Aerosmith and Guns N’ Roses, bands that pioneered yelling, headbanging, and going all bananas on stage.

Sharma currently performs both as a solo artist and with his band. Since he won the competition a few years ago his aura as a performer has been boosted. ‘I don’t want to give my audience not just a music show, but an experience.’ The Stage seems to have given him his ‘A Star is Born’ moment. 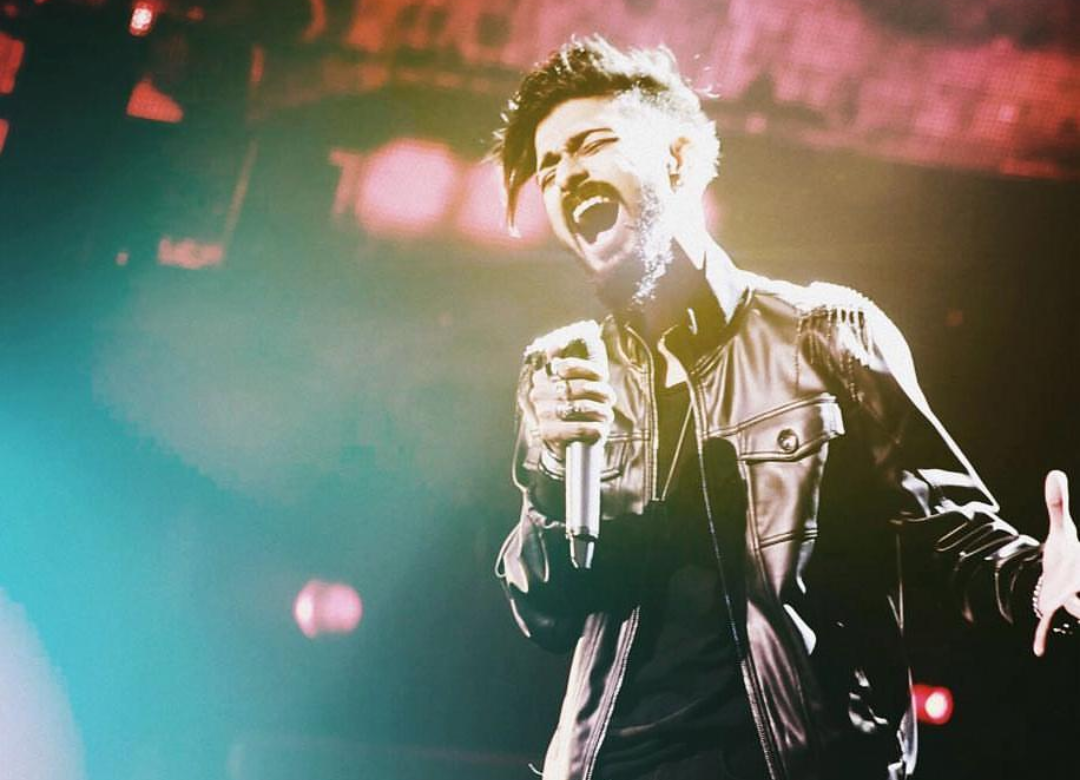 On Indian TV, Western singing models like The Voice and X Factor have been adapted as Hindi singing platforms and other regional shows too in certain states. The Stage therefore was a pioneering opportunity for English singers in this country. People who think the seeds of elitism are planting the hegemony of the English-speaking class in India, should look how these Westernised singers are a minority in the world of Indian music.

‘The reason why a genre like Bollywood music is thriving is that it has good finance and backing. Independent artists of any type in India will do great if we get more promoters. In a country with a population of 1.2 billion, I’m pretty sure we can send at least two or three good artists to make a mark on the world stage.’ Sharma sighs with optimism. ‘The indie scene right now was unimaginable some five years back. This only shows that we’re moving ahead.’

In India where even ‘Bigg Boss’ contestants can become household names, these artists might not be the talk of the town always. Yet like any other professional they persevere in their field. The Stage wasn’t their golden ticket; maybe just a pass for the ride ahead.

‘I’m ready for everyone to hear what I have in store. This is a terrifying journey but it’s going to be an exciting one,’ said Zoe Siddharth, who wants to have her fill in Mumbai and then settle in Los Angeles (America’s Mumbai?).

Siddhant Sharma sums it up by adding that, ‘As the long as the fans keep on supporting us and we keep on doing our stuff, the show goes on.’