NEW DELHI: On Monday, the BJP posted a video of Prime Minister Narendra Modi enjoying a boat ride on the picturesque Dal lake in Srinagar, surrounded by snow capped mountains. “PM Shri @narendramodi takes boat ride to inspect Dal lake in Srinagar,” the video was captioned, with long shots of the Prime Minister waving from the boat. The big catch -- there was no one to wave at.

The video left people wondering who the PM was waving at. “For the those who are asking , the is for BJPs countless imaginary ‘friends’ in Kashmir,” former Chief Minister Mehbooba Mufti tweeted. 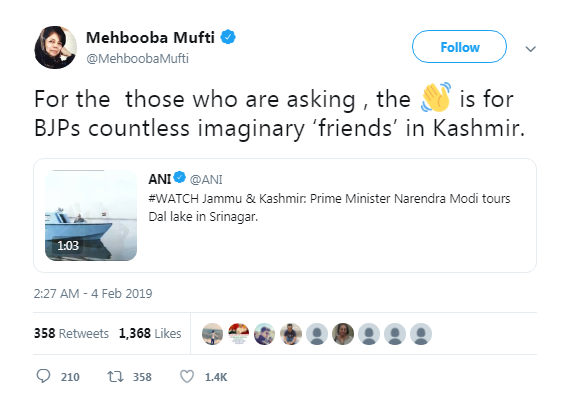 “This camera person has done the Hon PM a huge disservice by not showing all the people furiously waving back because there is no way the PM would be waving at an empty lake,” offered Omar Abdullah. 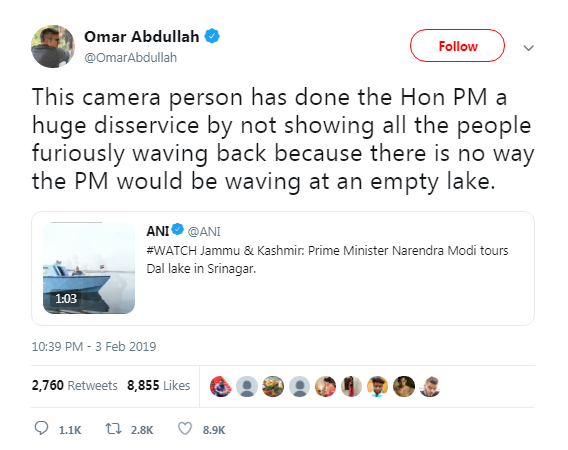 Reports say that the valley observed a shutdown at the PM visits Jammu, Ladakh and Srinagar. The visit comes amidst tight security. Separatists called for a shutdown in the valley in protest of the visit, and shops and businesses remained closed as security personnel remained on high alert. Reports indicate that dozens of people were detained, and separatists placed on house arrest to prevent protests. Internet services on mobile phones were suspended. 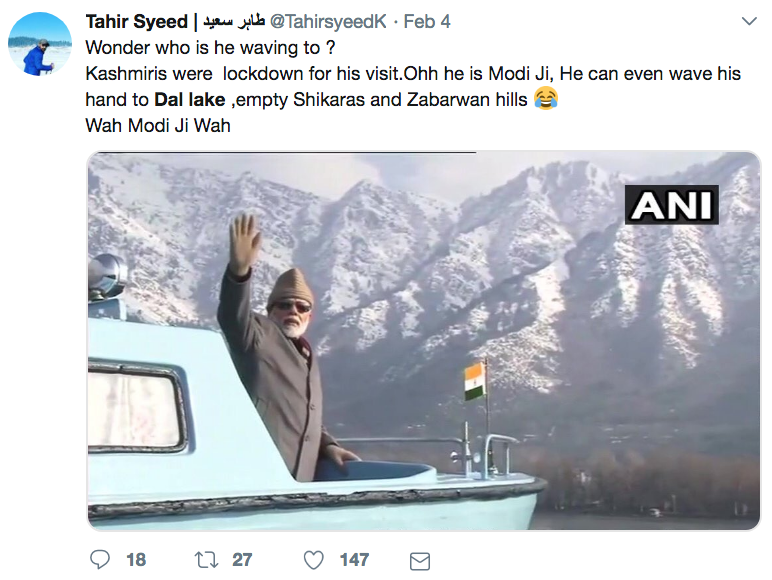 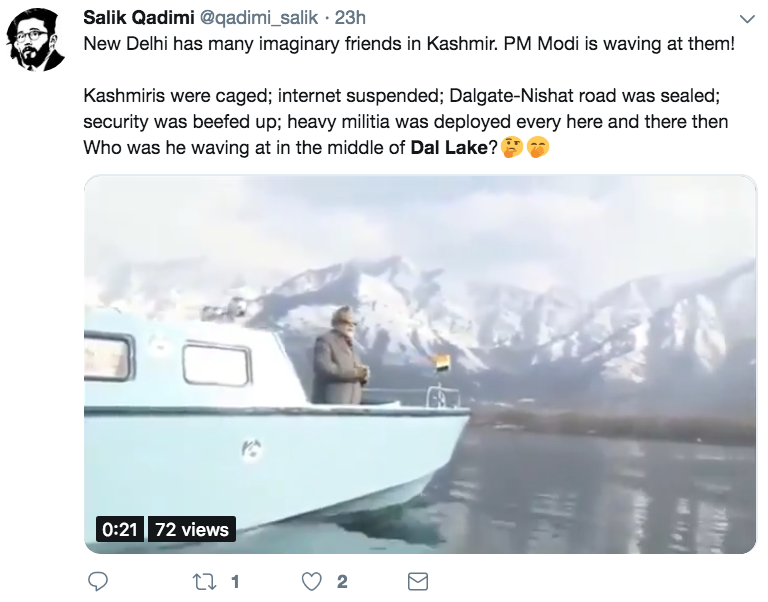 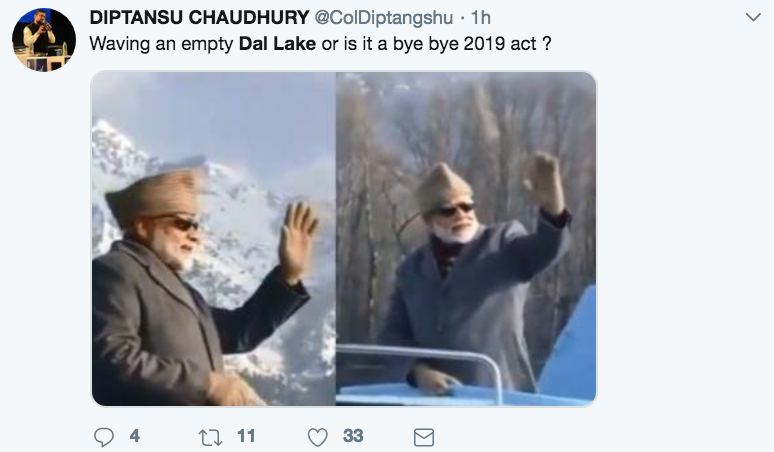