Migration is necessitated by hardship in the villages, and hits children hard

Piyush and Anuj are not your average kids on the block who pack their bags with books and lunchboxes and go to school everyday. They are the actual freebirds, who never go to school, and spend the entire day playing with their siblings in a one-room apartment in Delhi’s Jasola Vihar.

Their parents leave early morning and the house is in the care of Piyush and Anuj. They are not alone, there is also their elder brother Ravi, who they don't quite like because “he is too bossy”.

They are not the only kids in the neighbourhood who don't go to school. Ramesh and Sita stay on the second floor of the tightly packed apartment building. They too loiter around throughout the day with no elder present at home, waiting for their parents to return from work at the earliest.

Migration, hence, is an encompassing factor which affects not only those who are in pursuit of a better life, but also those who participate in it without their own active consent being given or sought. Ravi, Anuj and Piyush with their father

Ravi at first glance appears to be slightly shy, however the more time you spend with him, the more he opens up. One might think it is quite unusual for the oldest sibling to be so shy, but then again he is only 10 years old.

Ravi, Piyush and Anuj have been staying in Delhi for the last one and a half years, when their father left their village in eastern Uttar Pradesh and decided to come to Delhi to pay off a debt to a moneylender.

The plan was simple: once the debt was repaid they would return to their village. However, till now their father has only managed to pay back the principal amount, not the interest amount which was levied.

Every day is more or less an adventure for the trio in the dusty streets of Jasola and in their one-room apartment. Sometimes the adventures can turn out real tricky and dangerous.

Before Diwali last year, the trio decided to go to the nearby Church where they would get a lot of chocolates and also a large space to play around. Piyush and Ravi wanted an ice lolly from the nearby vendor and walked to the adjoining street, forgetting about their younger brother who was still in the church compound.

When they returned, they were shocked to see that Anuj was nowhere to be found. They searched every nook and corner, to no avail. Panicking, they ran outside screaming and then realised that their youngest brother had got stuck in a manhole and was pleading for help.

They weren’t equipped to handle a scenario like this, but with presence of mind they decided to split up; one went to back to their colony to seek help and call their parents, while the other stayed back and provide any possible assistance and support to Anuj. 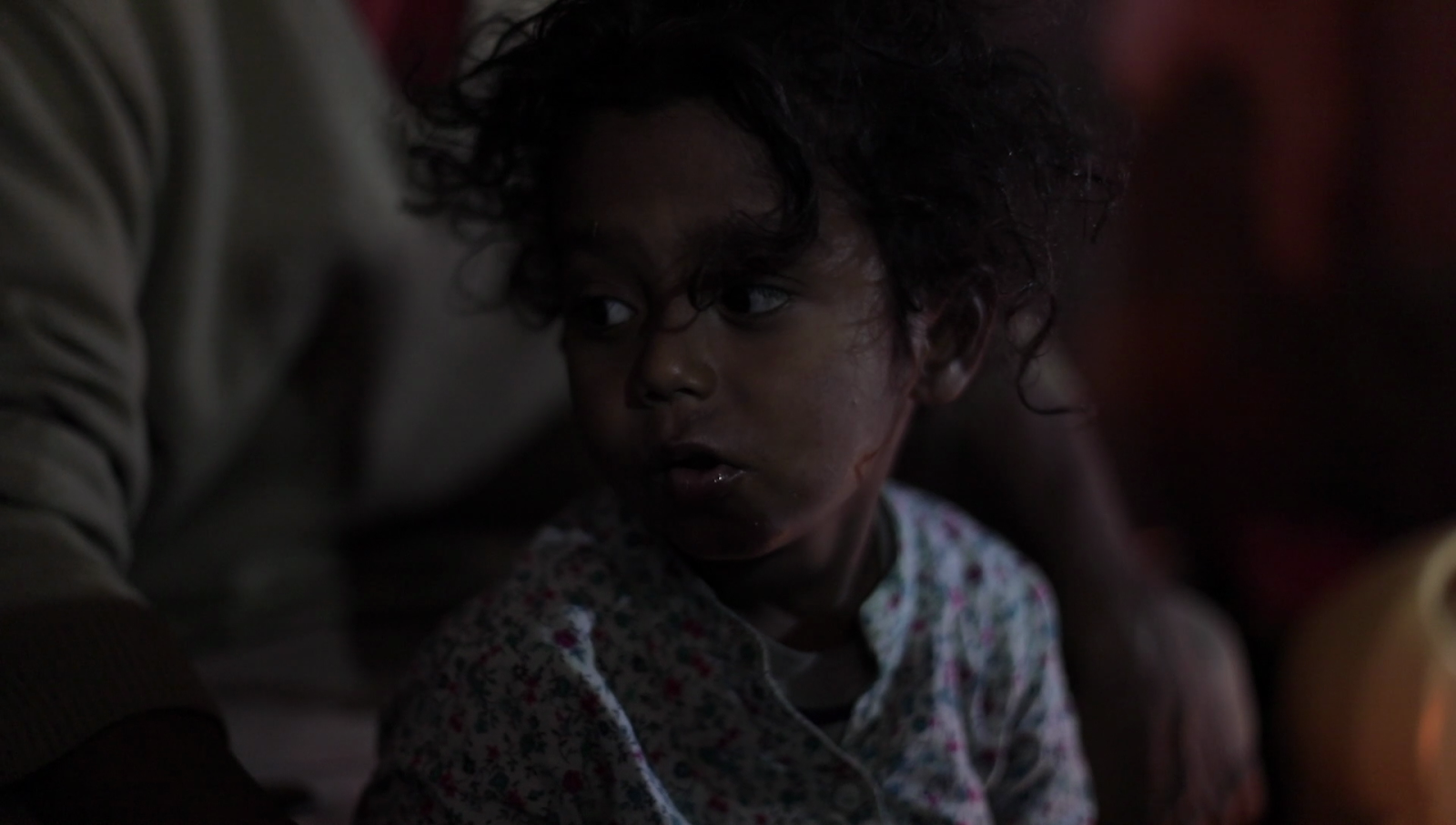 Anuj who fell into a manhole

After a while the neighbours gathered and their parents were also informed, who rushed back from their workplaces to rescue their child. Anuj was finally rescued, and everyone was upset and tense about the incident, except for Anuj who was too young to realise its magnitude.

Anuj is the most notorious of the lot, you can easily be fooled by his innocence and charming smile. However he proudly holds the title of the Troublemaker of the house.

Ravi is barely 10 and is the junior captain of the house. In these one and a half years, he has learnt to light the stove and heat milk for his younger siblings, although none of them like drinking milk. Most of the time, they take money from their mother to buy packets of chips and eat them throughout the day. They have a proper nutritious meal only in the night.

Ravi hasn't stepped into a school yet, he likes this life, but he wants to become a doctor. Although one might think that it's possibly the lack of financial resources which is preventing them from going to school, one of the biggest roadblocks is in fact the Aadhar card.

None of them have an Aadhar card or any other identification. Their mother says that when the enrolment process was on, they couldn't go back to their village, and now it’s getting increasingly difficult to get those cards made. However, she plans on visiting her home village in a few days to try and kickstart the process. 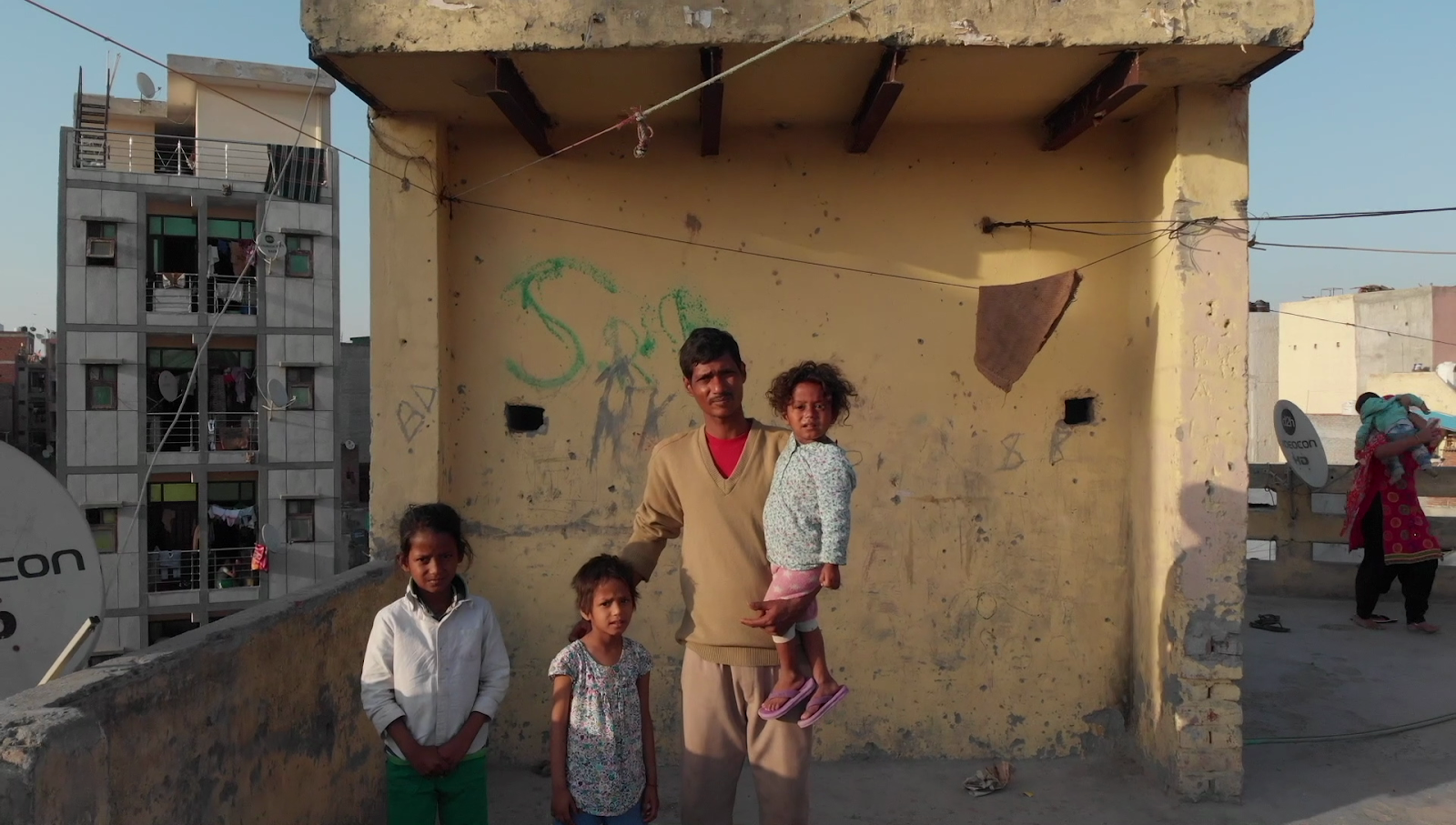 The siblings pose with their father

Ravi, Piyush and Anuj live a carefree life with absolutely no curriculum to follow in their lives, unlike most kids their age. It might appear to be an alluring scenario for kids who are tired of following a school routine.

But what may not be as obvious is that Ravi and his brothers are among the millions of kids who have to migrate with their families, and are denied any basic educational or childcare facilities, and end up losing their path in the urban jungles.

Yet something inside me gives me hope that they will end up going to school, and make a better life for themselves, for their siblings, for their parents.

A Shaheen Bagh at Turkman Gate 3 hours ago