Girls are falling sick because of the heat

The sweltering summer night of April 29 witnessed a massive, sudden and uproarious protest in front of the Jammu and Kashmir girl’s hostel at Jamia Millia Islamia. The continuous nonchalance of the university’s administration towards equipping the girls’ hostel with coolers during this scorching summer had exacerbated the issue.

The six-hour long protest that continued till 3:00 am by the girl students did not lead to any policy intervention by the university. More than 200 girls participated in this protest. The sloganeering, colorful placards and demands just revealed another reality of India’s imprudent university administration.

‘We are not allowed to even bring our own coolers. The administration has excused the incessant demands by mentioning an issue in wiring and electricity. But the boys hotels are all equipped with coolers,’ the protestors said. 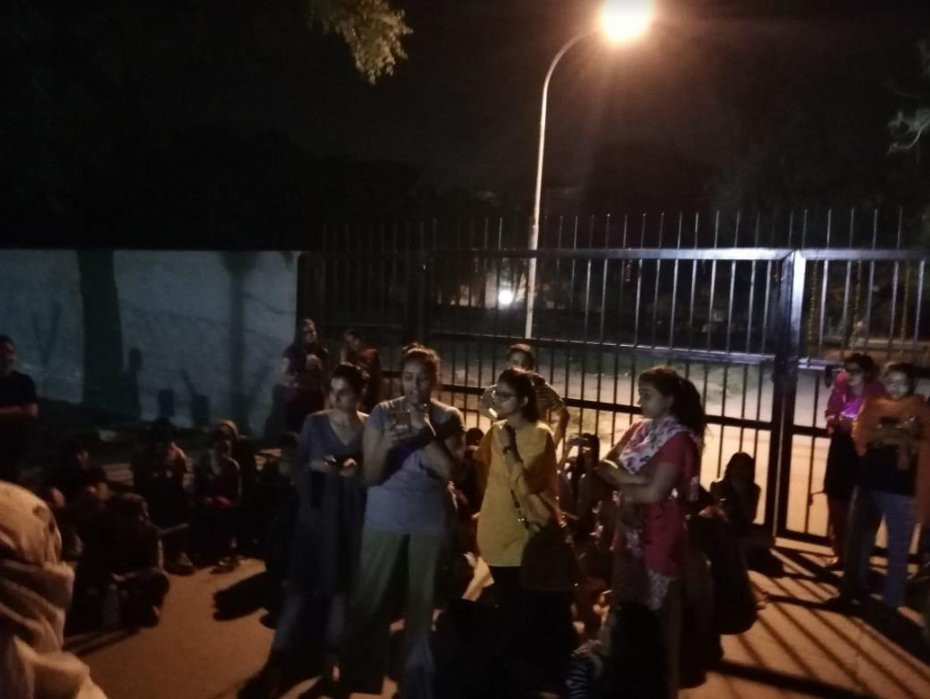 ‘For days, residents have been falling sick because of dehydration and heat strokes, but their voices are blatantly being ignored and their situations being unseen by the authorities,’ said another student, signaling corruption as one of the narratives behind this incessant dodging of demands.

The pressure for the protest had been building up for the past two months. Meanwhile, the lack of WiFi as well as sub-standard food quality has further added to the frustration of the students.

‘There are ACs in the rooms of the provost and the head warden on the ground floor even though they said the wiring is not fit for coolers,’ exclaimed another outstation student. Other students have used twitter to voice their complaints to Prakash Javedkar, the HRD Minister. 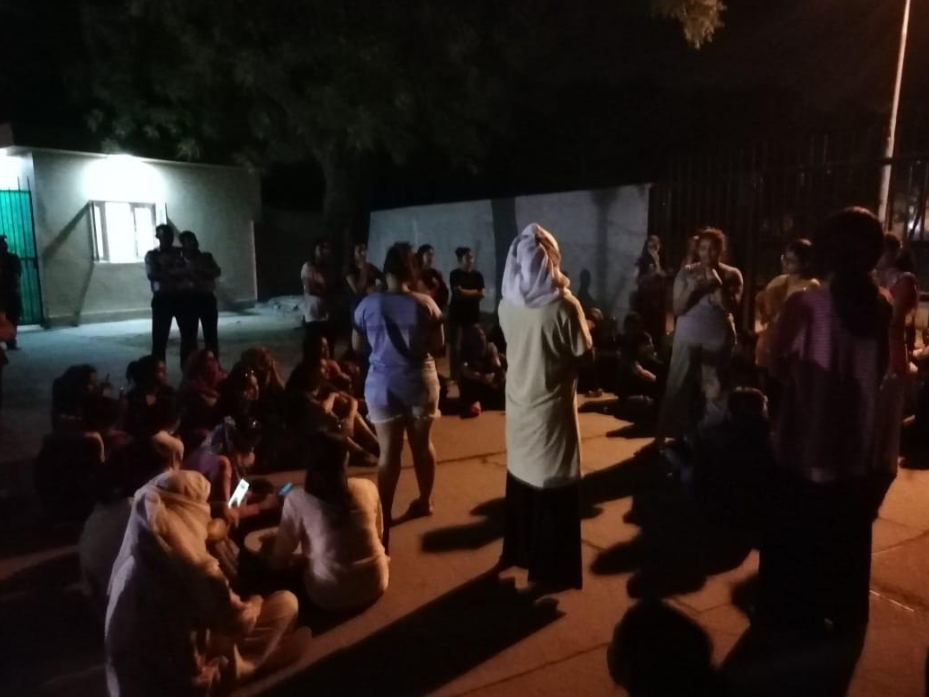 Jamia’s Vice Chancellor Najma Akhtar, along with the Provost and the Warden did meet the students for a meeting after the protest but it did not yield into any substantial results. Quite interestingly, even though Akhtar talks about gender equality and increasing the number of girl scholars in the campus, her silence just prevents any deep-rooted transformation within the current caveats of the administration. No clear comment by these authority figures have been released to the media.

The fairly newly-constructed hostel with the capacity for 700 students was inaugurated in 2017. It is funded by the Ministry of Home Affairs along with a signed MoU between J&K government and the university. A subsidized semester fee of Rs 8,000 is charged by the hostel. The first preference for selection is given to girl students from J&K, followed by other students who stay at least 1,000 km away from Delhi.

The disciplinary rules of university endow the Provost the ultimate authority of jurisdiction during any sensitive episode. Every hostel resident has to sign a declaration which thereby legally submits them to the authority of the VC, Provost and Warden, who can exercise the Jamia Acts/Statues. Thus, this fear has played a subtle psychological role in silencing the dissenting voices.

In the current cultural space in India, where girl scholars of different universities are fighting ferociously for their freedom, relaxation of curfew timings and other empowering realities, this entire protest just further reveals cracks within the administration of such universities of national and international repute.