Yazidis are captured by the Islamic State

The Yazidi Fraternal Organisation says that more than 12,000 Yazidis -- 5000 women and 7000 men -- are missing, and are presumably in the hands of Islamic State militants in Iraq and Syria. The plight of Yazidi women is especially a cause of concern, as many of them are treated as sex slaves and bought and sold like livestock.

This is evinced by the story of two Yazidi girls who escaped the Islamic State. They described being tortured and forced to watch videos of men from their community being beheaded. They were so traumatised that they considered committing suicide on several occasions.

Sara, name changed, 15, said that her terrifying ordeal began in the Sinjar village of Tal Azir on August 3. Sara, her mother, brother and his pregnant wife fled towards the mountains as Islamic State fighters advanced. The militants however, caught up with them soon after at a remote farmhouse.

The women were separated from the men -- who were mowed down by the militants. Sara was taken to Mosul, where she was placed with hundreds of other girls as they were prepped to be sold off. 'We would try to make ourselves look ugly. Some women would cry or scream or fight, but it made no difference. They were always taken anyway. One girl hung herself. Another tried, but the IS guards stopped her and beat her very badly. No one else tried after that,” Sara told The Global Post.

The militants forced the girls/women to watch videos of beheadings of Yazidi men. “In some [videos] they put the heads into cooking pots. Sometimes they would stand on them. There were so many heads. And they would ask us, 'Do you know this one?' and laugh,” Sara recalled.

The Global Post told the story of another Yazidi girl, Freya Azam Ali, 15, who had been captured by Islamic State militants four months ago. Freya escaped the militants along with her 10 year old companion, Bousha.

As the two girls fled, the militants chased them all night.The girls hid, but each time Bousha’s uncontrolled crying betrayed their position. Finally, the girls made a last-ditch sprint for the line controlled by Yazidi fighters.

“They started shooting at us with guns and rockets. The sound was deafening,” Freya told The Global Post. “There were dogs chasing us. IS was shooting at us. I thought we would die for sure. Bousha didn’t stop crying the whole time.”

Luckily for Freya and Bousha, like Sara before them, they managed to escape IS territory.

The number of Yazidids who manage to escape is staggeringly low. As of last week, the Committee to Assist Escaped Yazidis has registered 150 women, 57 children and 229 men who have escaped IS captivity.

“We know the locations of where many of these women are being held in collective prisons,” YFO director Hussan Salim said (as quoted in The Global Post). “The longer they wait the harder it will be. [The captives] have already been widely distributed in both Iraq and across the Syrian border.”

In the fourth issue of the Islamic State’s English language digital magazine called “Dabiq” the group justifies its kidnapping of women as sex slaves, citing Islamic theology that is widely rejected by the Muslim world as a perversion of the teachings of Islam. 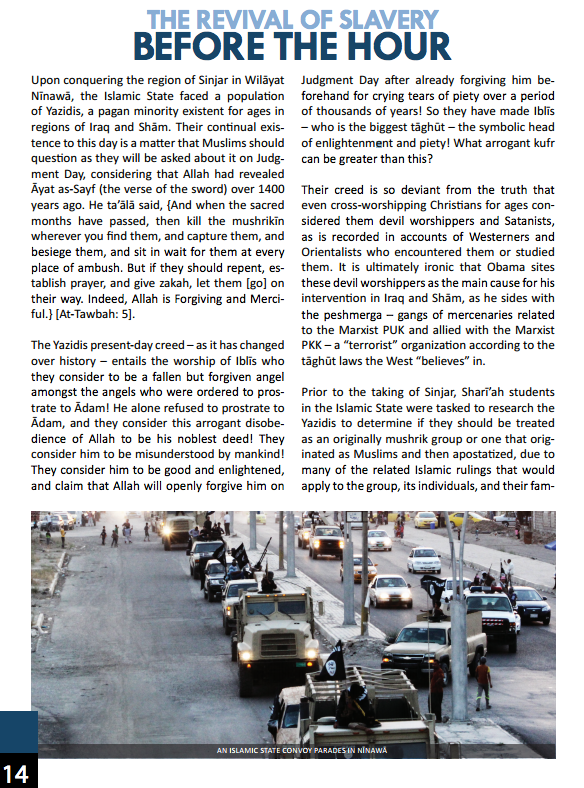 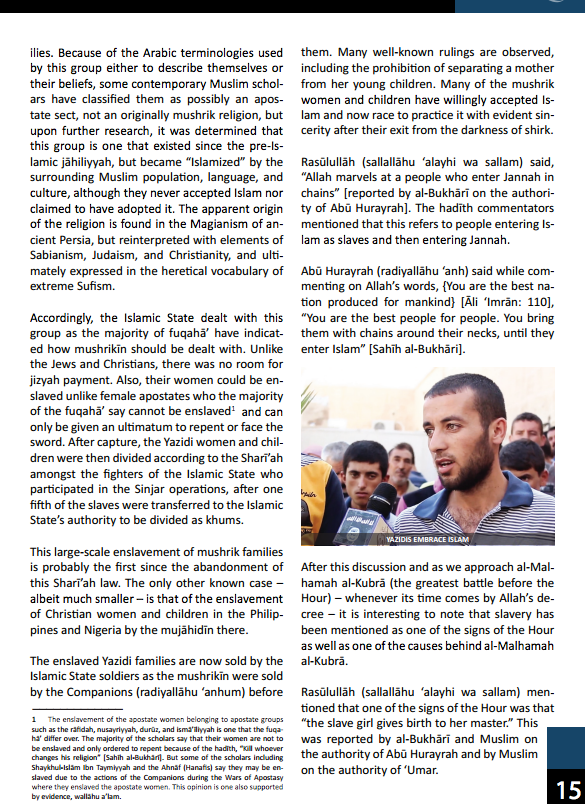 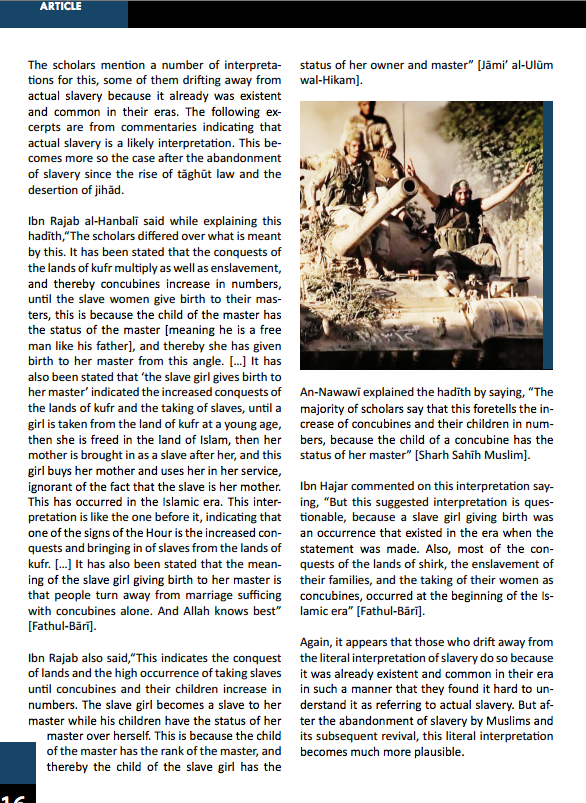 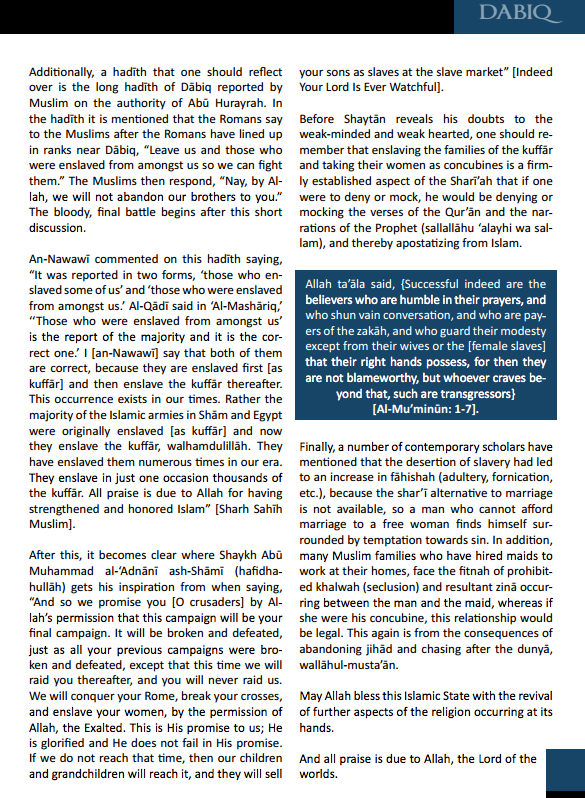