NEW DELHI: This is brilliant. After an ultra-orthodox Jewish newspaper edited the female dignitaries out of a picture of world leaders from the solidarity march in Paris -- a satirical news site did the reverse. In editing out all the men from the same picture, the site managed to deliver a fitting response to the sexism of the Israeli paper “The Announcer” and at the same time, provided a powerful image symbolic of the gender imbalance in contemporary politics.

“The Announcer” printed an image of world leaders at the march following the brutal attacks on the offices of satire magazine Charlie Hebdo. However, none of the people in the image used by the Israeli paper were women. The paper edited out German chancellor Angela Merkel, EU foreign policy head Federica Mogherini and the mayor of Paris Anne Hidalgo.

Easy peasy for any editor well versed with photoshot. 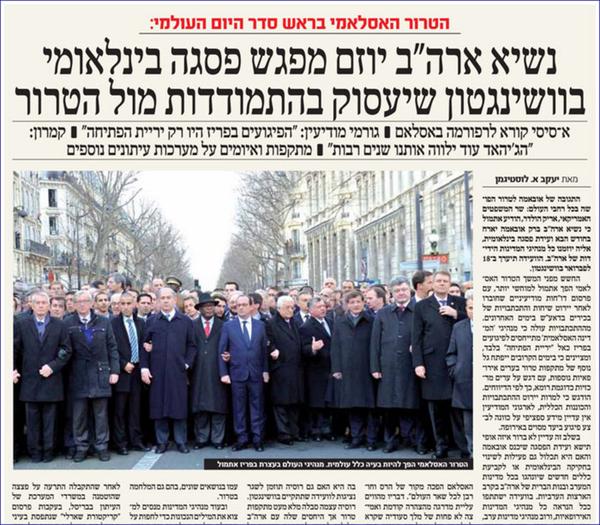 News satire site Waterford Whispers News decided to respond by editing out all the men from the same picture. The result: 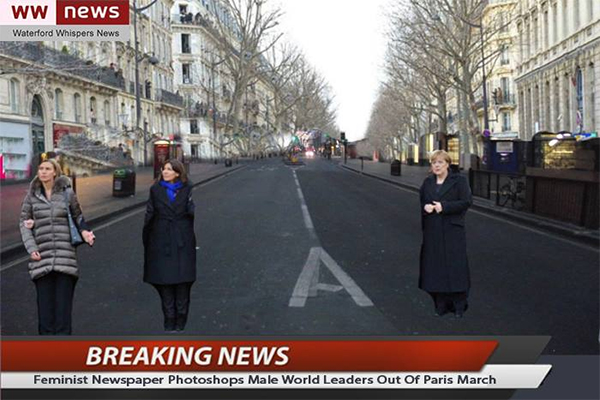 Not only was this a far tougher editing job, but the pictures speak volumes of the gender imbalance in politics. Only about 20 countries have women as heads of state, and in most countries across the world -- the participation of women in politics is far under their male counterparts.

In fact, you’d be surprised to know that countries like Rwanda, Andorra, Cuba Senegal rank in the TOP ten of countries with the highest percentage of women in national parliaments. And even then, other than Rwanda, this participation is at or under the half-way mark. 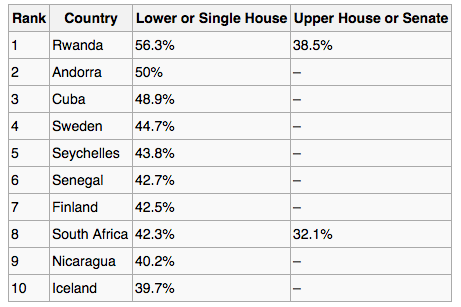 Iceland is at number 10 and at below 40 percent participation!

India has even more pathetic figures. Women in India comprise just over 11 percent of the lower house of parliament. Compare this with neighbouring Pakistan, Nepal and China -- where the percentage, though still not encouraging, is above 20 percent.

In the 2014 elections in India, 642 women candidates competed -- only eight percent of the total number of candidates. Of this number, 60 emerged victorious. How many seats are there in the Lok Sabha? 545.

(All figures from Quota Project: www.quotaproject.org)