#Unexhibition: Art As An Experience

Curate for a day

A piece of art is viewed, selected and taken places, into homes and arenas of cultural nuances, transported, and held on walls behind cushioned seats and baroque lamps of glass and gold. Art reaches from one point to the other, from the artist to the gallery, from the gallerist to the art connoisseur.

The Portret Project extends this idea, bringing people, spaces and art together, through an exhibit, breathing character and colour into a space; an empty territory in suburban parts evolving into individual streams of curated blocks, progressing into a united place of art, curated by the people.

“We primarily invited people through social media and word of mouth to engage in this project based upon the essence of ‘Art as an experience’, a theory coined by the philosopher John Dewey,” states Sakhshi Mahajan, ideator behind The Portret Project, “The idea eventually came to life through the #unexhibition, ” she adds. 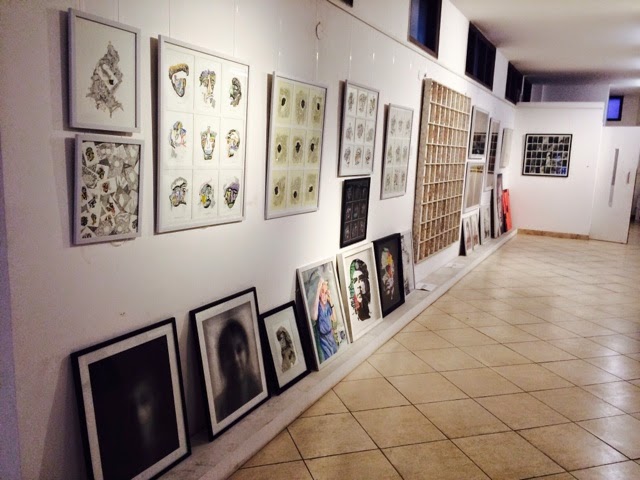 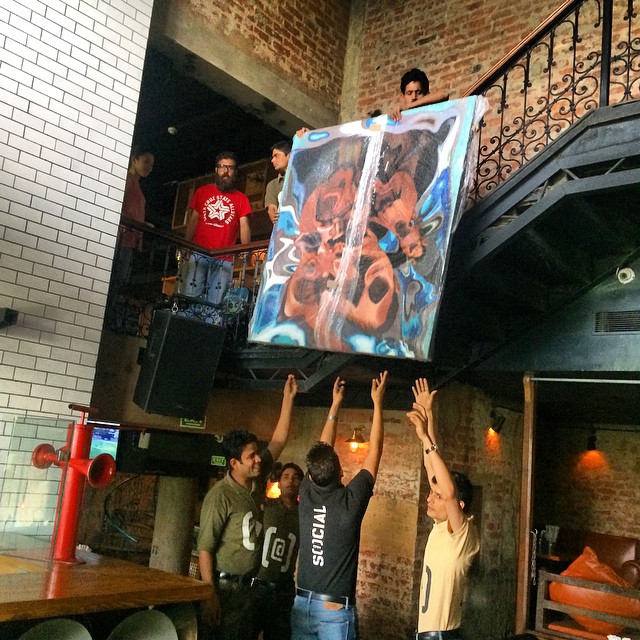 #Unexhibition brings together people interested in art, narrating an occurrence which finds its plot at the Portret Project’s studio in Vasant Vihar and leading to a spatial conclusion in Hauz Khas Village in Delhi. AntiSocial, where the art works are brought to and installed in, taps the young, vibrant and the curious within its creative walls, making the #unexhibition a rather wise choice to be realised within this space.

“Through this art experience the young are being involved in a ‘process of art’, unfolding in a personal, fun and approachable manner; they are curating, handling and installing art, thus by becoming curators of the show rather than passive viewers,” explains Sakhshi. 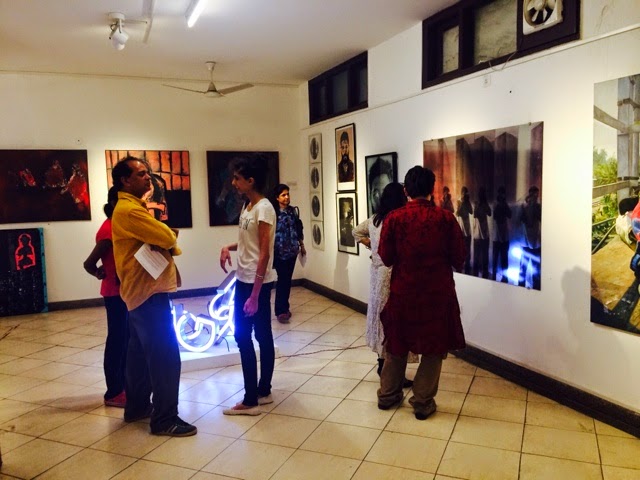 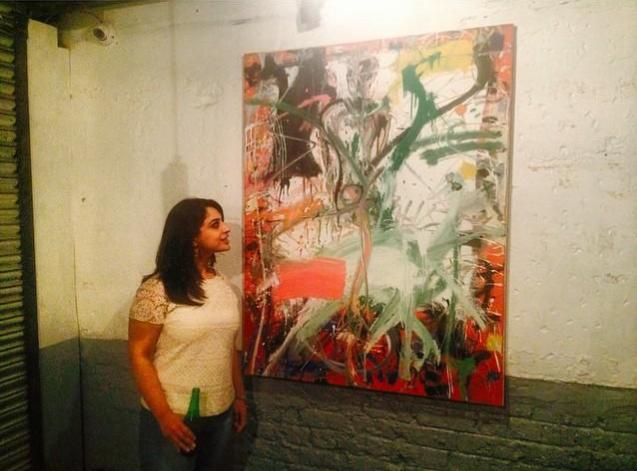 Parlance that talks about art finds its rightful nook in large hearted ideas of community involvement working towards engaging people in daily art chores. Art is being viewed, tabbed and lodged by individuals having distinct preferences, displaying individually curated stories, through art works by distinct artists into a grouped platform of vibrancy and portraiture, bursting with creative prowess at the end of a weeklong exercise involving visual and spatial senses. “Art is supposed to be easily accessed, viewed, appreciated and the experience shared, this social, interactive process urges one to think and question, bringing people from various walks of life together,” states Sakhshi.

In the meantime the city bustles on chaotic streets, art is being carried between doorways of painted trucks and by lanes of blue asbestos sheets, erected near construction sites, dust, gravel and lies. Art is being brought from the Southern end to another South, a village of sorts, of market and of cafe plots, gallery rows and antique stores, caressing it into small white fields of parallel parapets, holding firm-these sheets of square and rectangular blocks of canvas moulds.

The exhibition unfolds like an event over the course of a seven day period, “we hope to see more and more people coming to appreciate the works and the space when the event concludes in the evening of the 27th of March, with a rather unique exhibit,” says Sakhshi Mahajan. 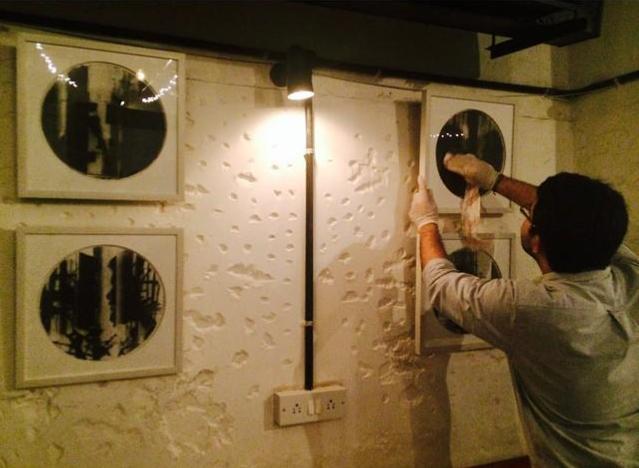 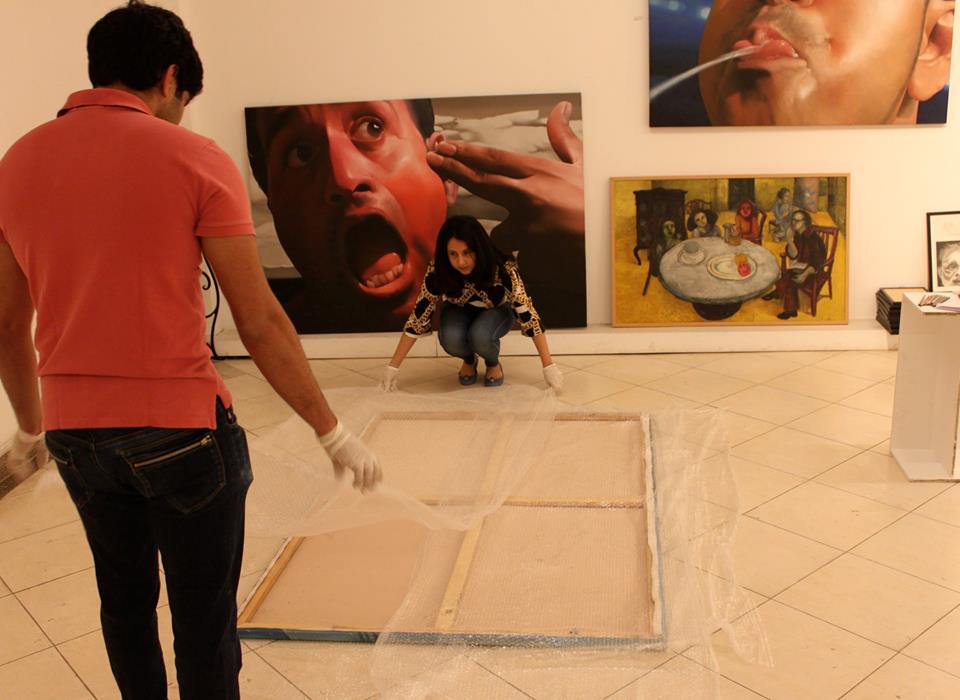 The exhibition achieves to bring the youth closer to art and art spaces, making art more accessible, and the creative process more interesting, interactive and engaging. The Portret Project aims to develop this engagement into an ongoing process to bring art in the everyday, a particular art piece finding its rightful space, distinct people bringing in their own opinions and thoughts on art, and sharing their stories on wider walls and larger experiences.

#Unexhibtion by The Portret Project is a collaborative effort with AntiSocial, a weeklong project, developing throughout its duration into a creative space- 23rd to 28th of March at AntiSocial in Hauz Khas Village, New Delhi.