You Can Have Everything If You Let Yourself Be

"Happiness runs in a circular motion
Thought is like a little boat upon the sea
Everybody is a part of everything anyway
You can have everything if you let yourself be."

This quaint New England seaside resort once played host to the now legendary Newport Folk and Jazz festivals featuring the likes of Pete Seeger and Joan Baez. An artistic and radical haven throughout much of the sixties, it was at Newport Folk Fest '65 that Bob Dylan first went electric. A few years later in '69, Janis Joplin headlined the festival with an explosive bluesy-rock set that ironically signaled the death of the folk revival itself.

The Newport folkies disbanded thereafter and the festival came to an end as the peace and love decade of the sixties gave way to the heroin fueled 1970s. The hippies, beatniks and various other 'anti-social' elements departed Newport for hipper places like California or upstate New York. As a result, Newport once again reasserted its position as a summer playground for the rich and richer.

Despite recent attempts to revitalize the rebel character of the area, Newport remains dominated by a never ending skyline of mansions. Each subsequent mansion is bigger than the one before, staring out towards pristine beaches of white sand and clear blue waters fading to deep.

However it is here in Newport, RI that one can still sense the lingering cries of those that have dared to dream; a lifetime of ideas now washed out to sea. 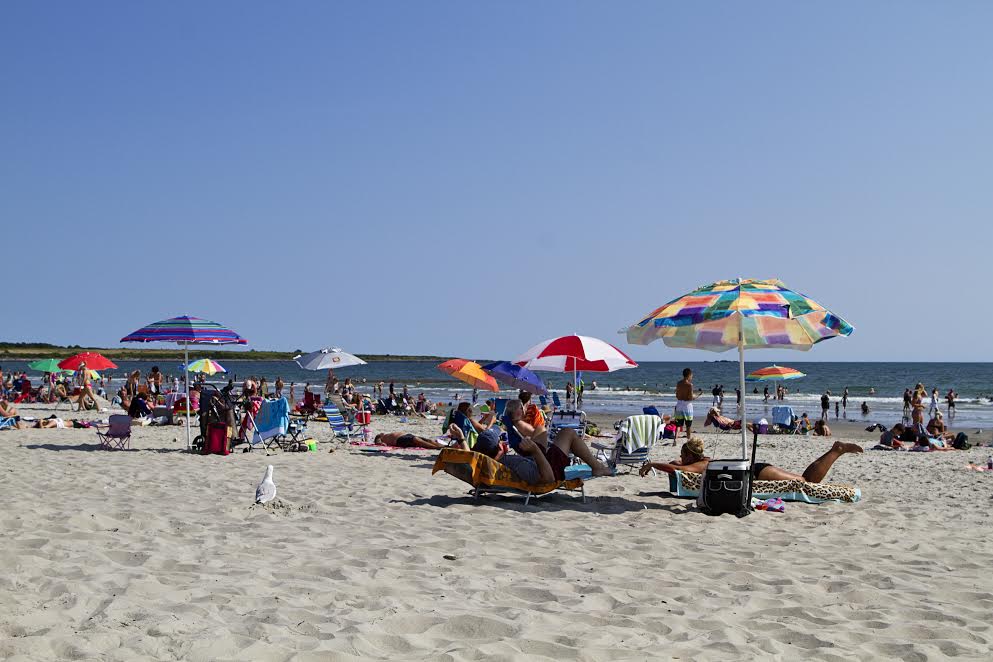 (Are we in paradise, already? A colorful bevy of locals enjoying one of the very last beach days before winter sets in.) 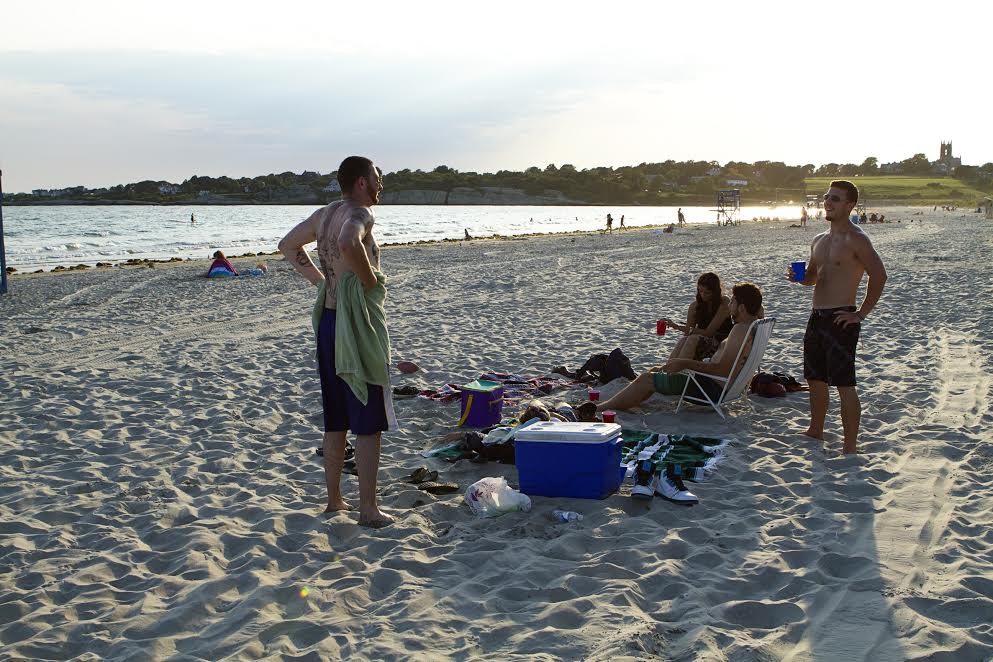 (Don't bogart that joint, man! Despite Newport's reputation as a summer resort for the rich, its beaches are frequented by backpackers and college students from across the state.) 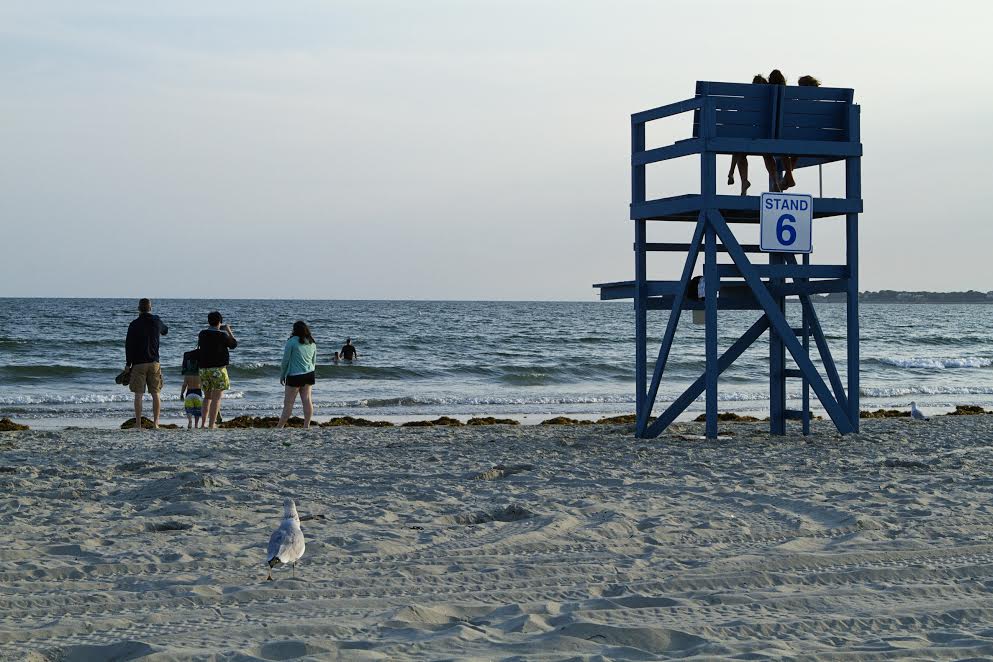 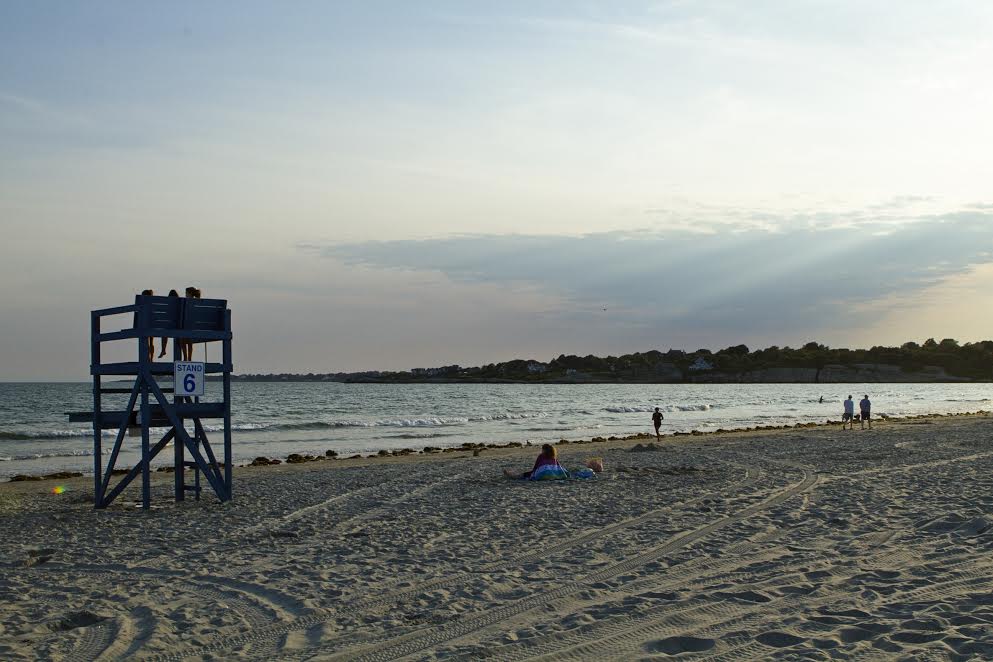 (Thought is like a little boat upon the sea. Classic Newport skyline with a smattering of seaside mansions in distant view.) 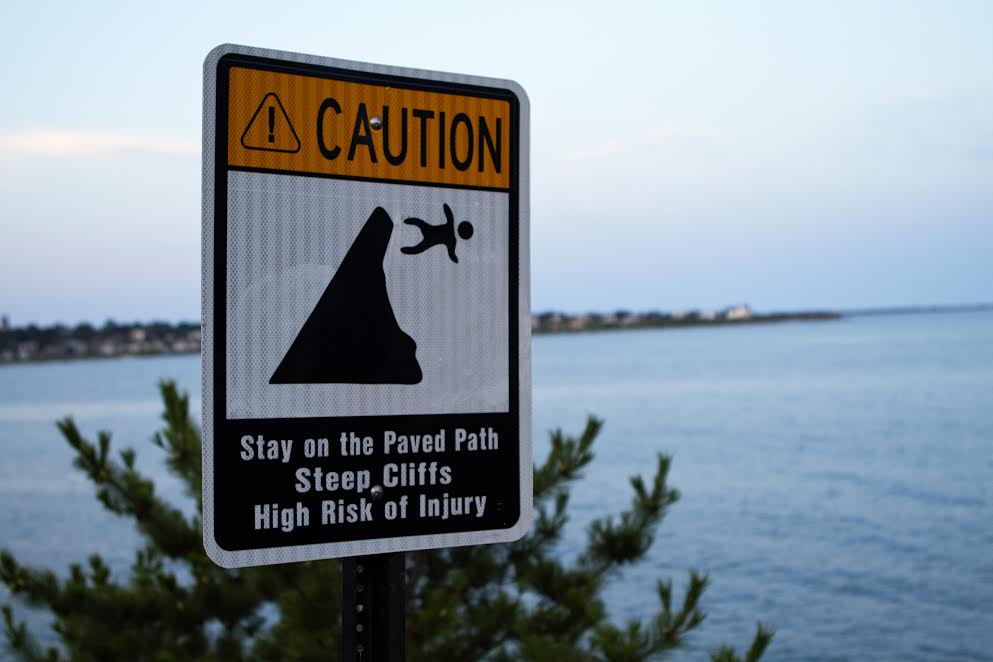 (Be warned! A cheerful sign thats greets one upon entering the idyllic cliff path.) 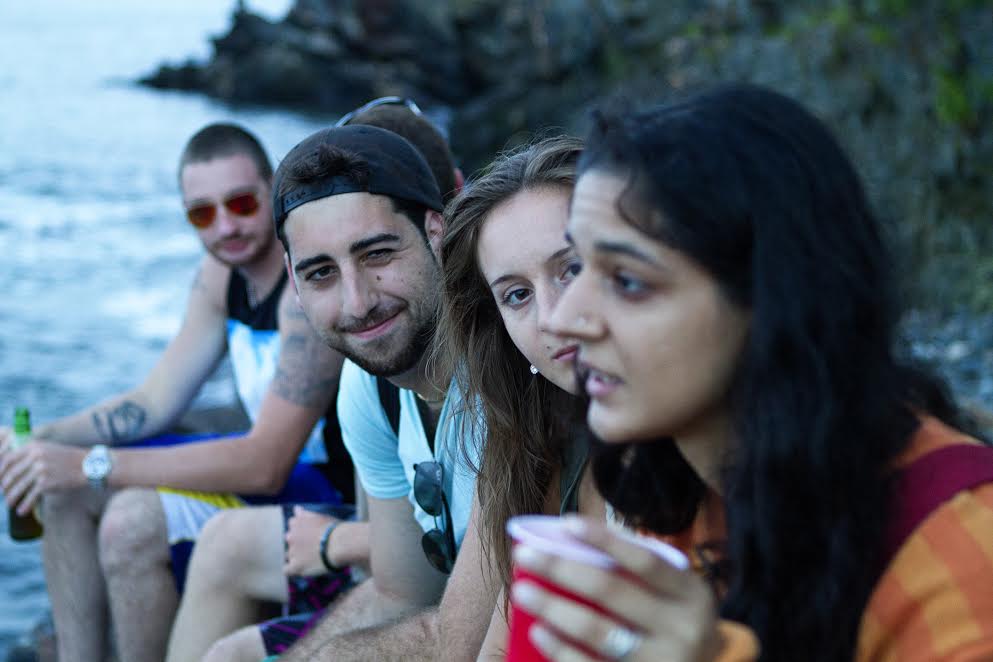 (Oh to be young and free! The cliffs are a great place to hang out and grab a beer.)

(It's all over now, baby blue! Unlike other more famous beaches and seaside towns, the appeal of Newport lies not in fancy bars or beach parties but in the tranquil majesty of nature.)