NEW DELHI: “You just got pwned” TOI. The Hindu just places a sneaky ad in the Times Of India in the matrimonial section. The ad reads: Wanted: Groom who reads The Hindu. Because The Hindu reports the truth. The writing is crisp and brilliant. And they read their ads before the post them.”

I just died a little. Although I want to give The Hindu credit for this (as the headline suggests), the truth is that possibly was not the paper itself, but a fan or someone playing a (superb may I add) practical joke.

The ad was posted in TOI’s sister paper, Mumbai Mirror in the matrimonial section. According to Buzzfeed, the CEO of The Hindu, Rajiv Lochan said in an email that he “can’t imagine” his team was behind this sick burn.

Boo Lochan. Here’s a picture of the ad: 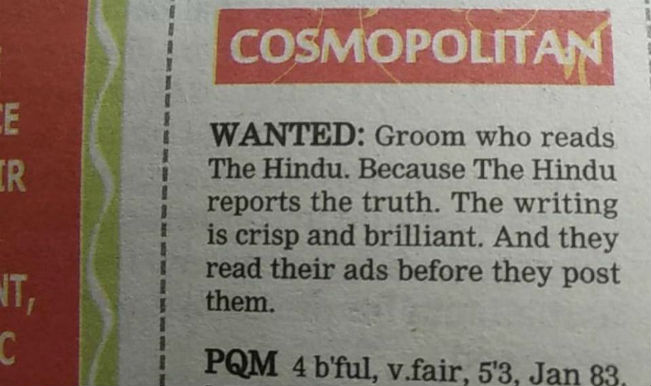 Of course, whether this was deliberate or not, The Hindu has had a history of taking on TOI.

Remember this ad by The Hindu asking people to “stay ahead of the times”?

TOI of course were not to be outdone.

After this matrimonial ad however it is Hindu 1, TOI 0.

Meanwhile, here is Twitter’s take on it all: 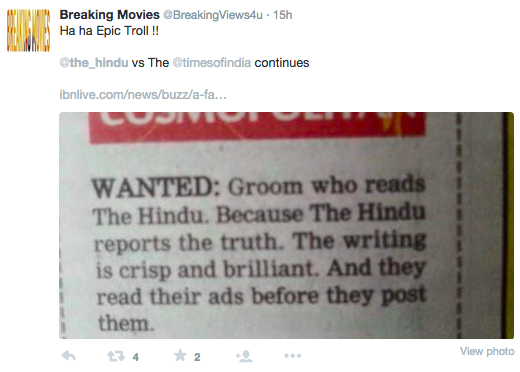 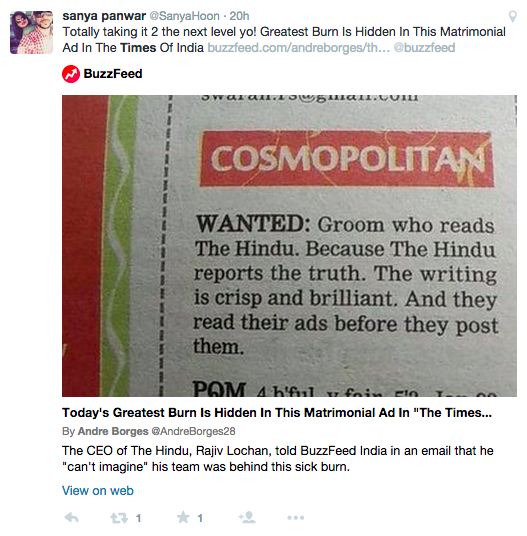