NEW DELHI: As India and Pakistan NSA level talks stand cancelled, a blooper in the form of an ad issued by the Narendra Modi government to celebrate the golden jubilee of India's victory over Pakistan in 1965 dominated social media conversation on the countries’ bilateral ties.

In the full page ad published in a Hindi daily, the word datkar" (valiantly) was replaced with "darkar" (with fear), referring to how the Indian infantry responded to Pakistan’s aggression.

The English version of the ad didn’t fare much better, virtually handing over victory to Pakistan based on the choice of wording. “Pakistan’s 1st Armoured division pushed an offensive towards Khem Karan and by 10 September nearly 100 tanks lay destroyed in what is now known as the Battle of Asal Uttar,” the ad reads -- making it sound like 100 Indian tanks were destroyed as a result of Pakistan’s offensive. 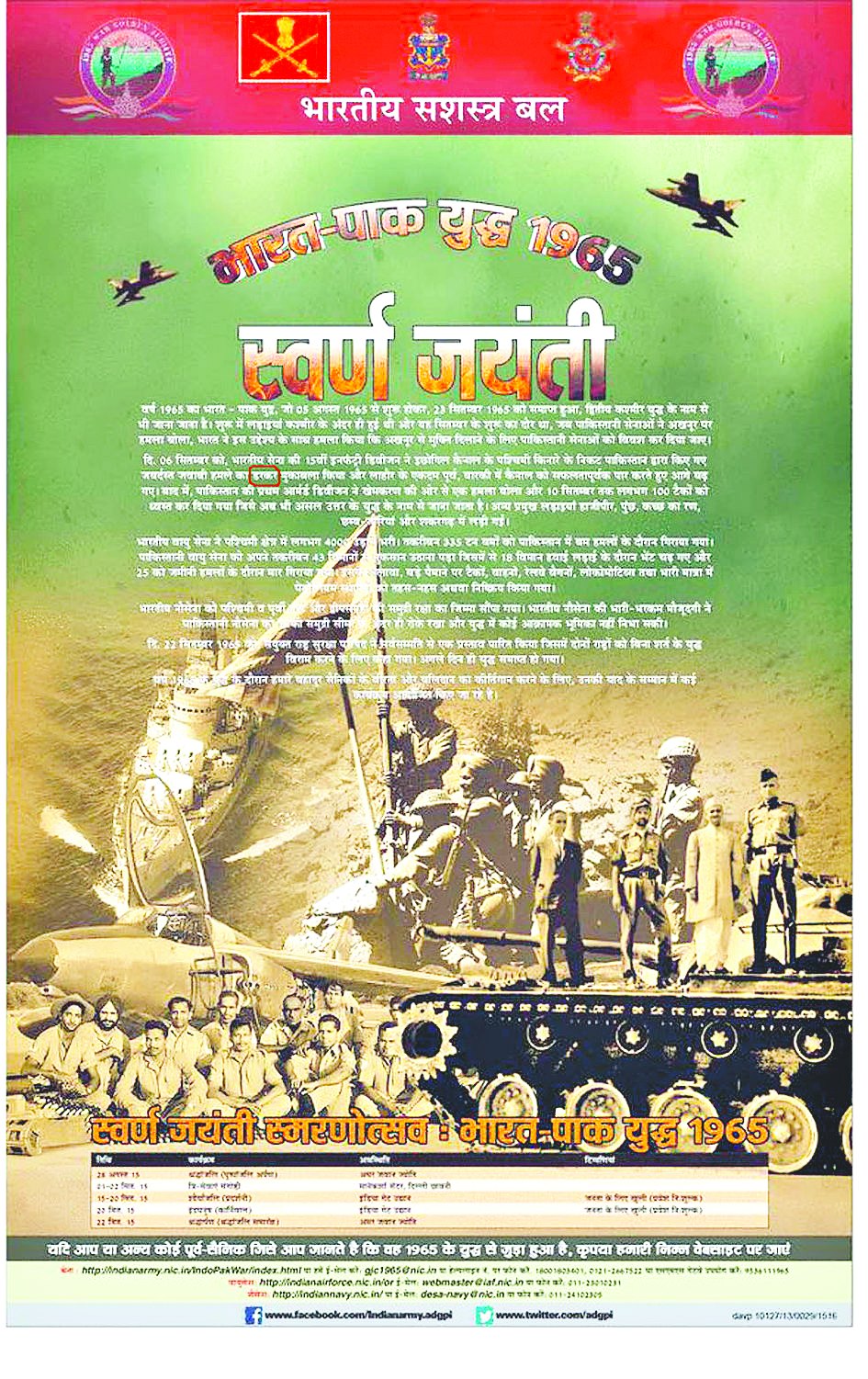 The Battle of Asal Uttar was a major tank battle fought during the 1965 India Pakistan war, when the Pakistani army moved into Indian territory capturing the town of Khem Karan, 5km from the border. Indian troops retaliated and after three days of bitter fighting, the Pakistani army was repulsed. Historians regard the battle as a major turning points of the war, one which tilted the balance of the war in favor of India.

It can be seen, therefore, why the Modi government would want to celebrate the golden jubilee of the war, and why this error has proved to be a costly gaffe. When contacted by the New Indian Express, the office of the Additional Director General, Public Information of the Army headquarters, which is responsible for releasing such advertisements, said, “It was an error on the part of the media houses and we are taking corrective measures.”

On whose part the error was made is immaterial for social media commentators, with Pakistanis having a field day at India’s expense.

The Pakistani media was equally amused, with headlines in daily papers referring to the gaffe. 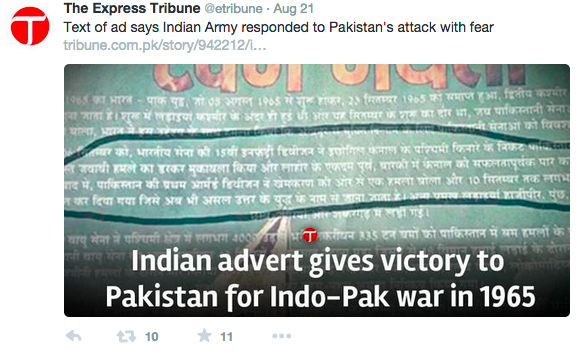