Students or enemies of the state?

NEW DELHI: Panchjanya, the Rashtriya Swayamsevak Sangh (RSS) mouthpiece, has a new target in its latest issue, namely, Jawaharlal Nehru University. In a cover article, the publication hit out at the university, accusing it of housing anti-nationals and hosting activities with the ‘singular aim of disintegrating India.’

The article makes special mention of the killing of 75 CRPF personnel in an ambush at Dantewada in 2010, and accused “pro-Naxal” student unions at JNU of celebrating the incident.

"In 2010 when Naxals in Dantewada, Chhattisgarh, killed 75 paramilitary personnel, pro-Naxal students unions of the University celebrated openly and hailed the act. And all this happened under the nose of the JNU administration," the article said. 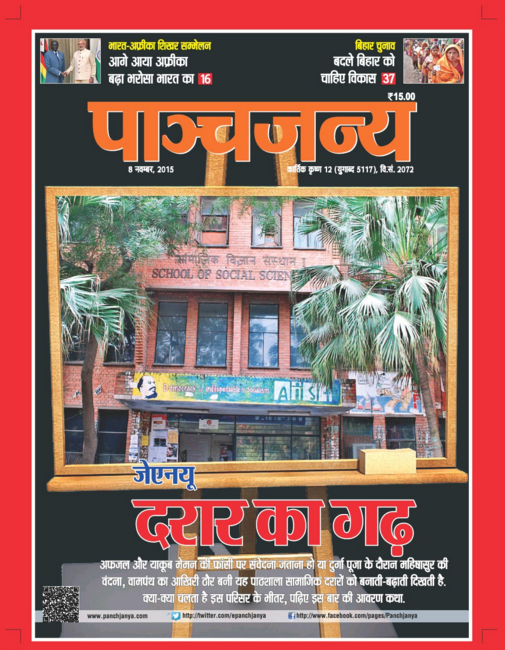 The article claims that JNU is the hotbed of anti-nationalism in India, going as far as to say that it is an "institute where nationalism is considered an offence.” Another article in the publication elaborates on this. "JNU is one such institute where nationalism is considered an offence. Presenting Indian culture in a distorted way is common. The removal of Army from Kashmir is supported here. They advocate various other anti-national activities here."

The writer of the article claims to have studied at JNU, accusing it of providing "legitimacy to anti-India forces.” I often heard JNU professors discuss means and measures to undermine national unity and culture at events organized by anti-national organizations I then realized that JNU is home to a large chunk of anti-national groupings which have the singular aim of disintegrating India,” it’s written.

"These tendencies are inspired by two things - bitterness for Hindus and an urge to break India. These things became possible due to two historical reasons. The first was the desire of Nehru and his successors to impose state-run model of economy on India and two, Nehru's proximity to the Soviet block (sic). But when the Soviety block (sic) disintegrated, a new political thought emerged in institutions like JNU which started changing their political slogan from class struggle to caste struggle," the article says.

The article hits out at India’s first Prime Minister, whom the university is named after. "Jawahar Lal Nehru promoted higher educational and research institutions as factories of socialist ideology which could provide the intellectual input for his and later Indira Gandhi's social and economic agenda."

The article then says that JNU relying on the state for resources (JNU is a central university and therefore funded by the UGC) "is nothing but capitalism masquerading as socialism and even Maoism.” 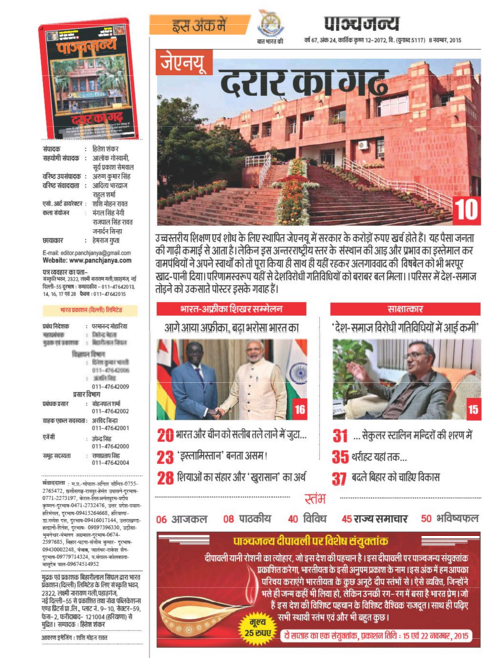 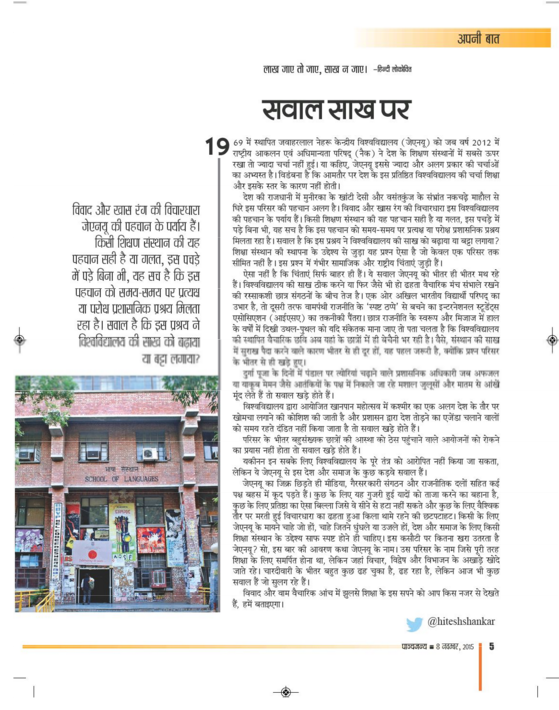