Kejriwal Vs Modi: All A-Twitter!

NEW DELHI: The CBI’s raid on the office of the Principal Secretary to the Delhi Chief Minister, Arvind Kejriwal has prompted a political war -- this time being fought on Twitter where Kejriwal’s 6.5 million followers and other supporters form an army of sorts.

The Delhi CM broke the news of the raid on the micro-blogging site, tweeting, “‘CBI raids my office.” Kejriwal added, “My own office files are being looked into to get some evidence against me.”

In fact, as Arun Jaitley spoke of the matter in Parliament, Kejriwal stuck to Twitter as his medium, posting “Why is Jaitley ji so scared of DDCA probe? What is his role in DDCA scam?” and “FM lied in the Parliament yesterday.” 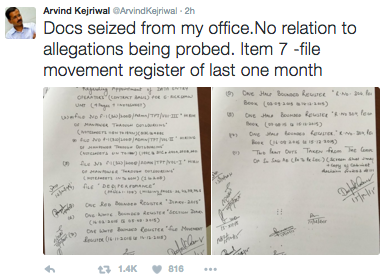 The AAP leader also hit out at the Indian PM Narendra Modi via Twitter.

Kejriwal has his band of supporters among the political class, with Bihar CM Nitish Kumar saying, “It's very surprising and frankly unbelievable, there is a way to do things,” West Bengal CM Mamata Banerjee declaring, “Sealing of a Chief Minister's office is unprecedented. I am shocked,” and leader of the Opposition in Parliament, Ghulam Nabi Azad accusing the BJP of murdering the constitution.

The real support however, came from the aam aadmi (and aurat) on Twitter. The most hard hitting Tweets, were in true Twitter-style, laced with a tinge of humour. 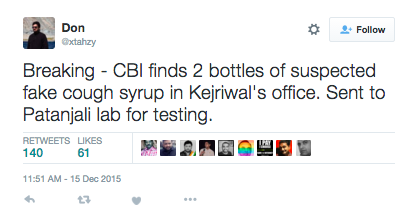 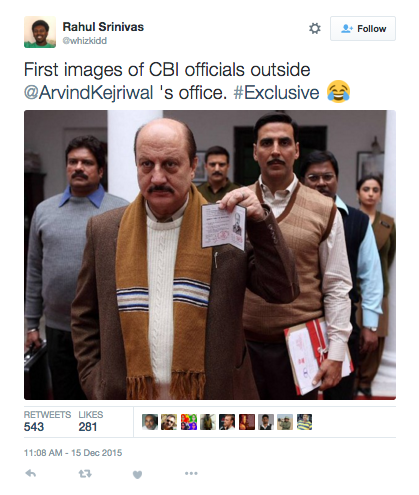 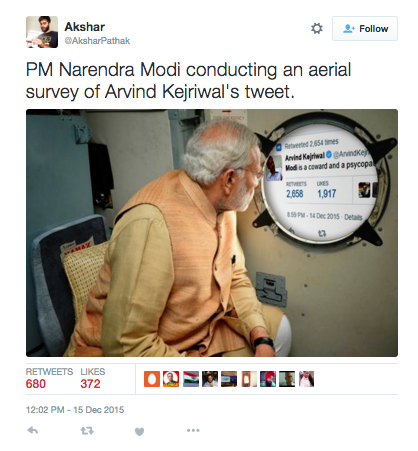 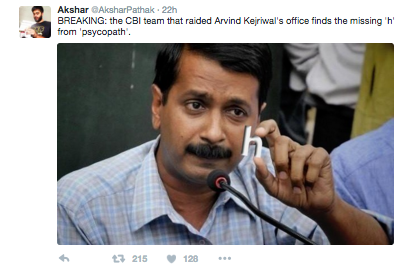 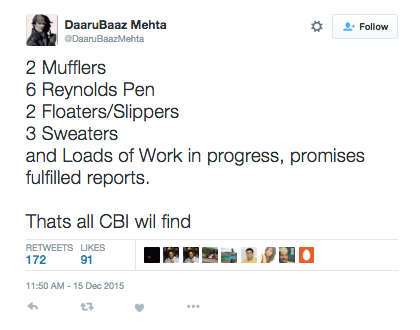 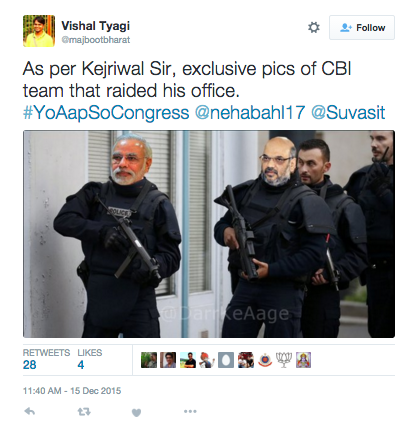 Of course, it’s not a Twitter-war without an opposition, and PM Modi’s huge popularity on the social media platform ensured that there was a tough fight. 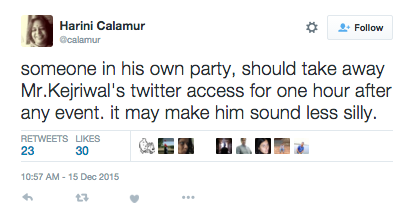 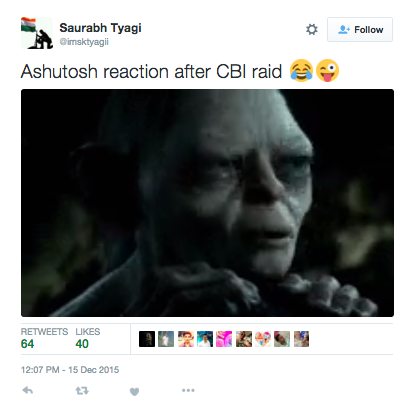