The empire ain't gonna strike back

MUMBAI: Islamic State leader Abu Bakr Baghdadi issued a call to arms on Boxing Day. In the 24 minute recording, Baghdadi’s first since May, the militant leader threatened Israel, taunted the United States for not putting boots on the ground in Syria and Iraq, and called on the Muslim community across the world to join the Islamic State’s fight.

The impact of Baghdadi’s message was felt across social media, with the most powerful response coming from Muslims across the world who used the recordings message to mock the militant group and its leader.

Users called upon others to mock Baghdadi. 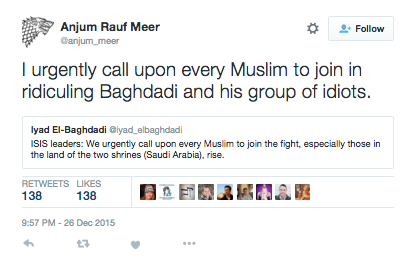 Others had better things to do: 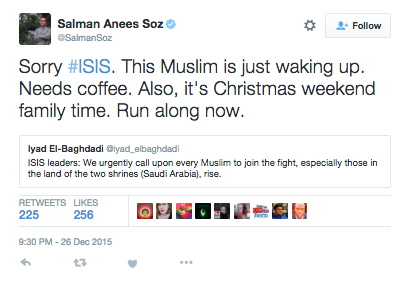 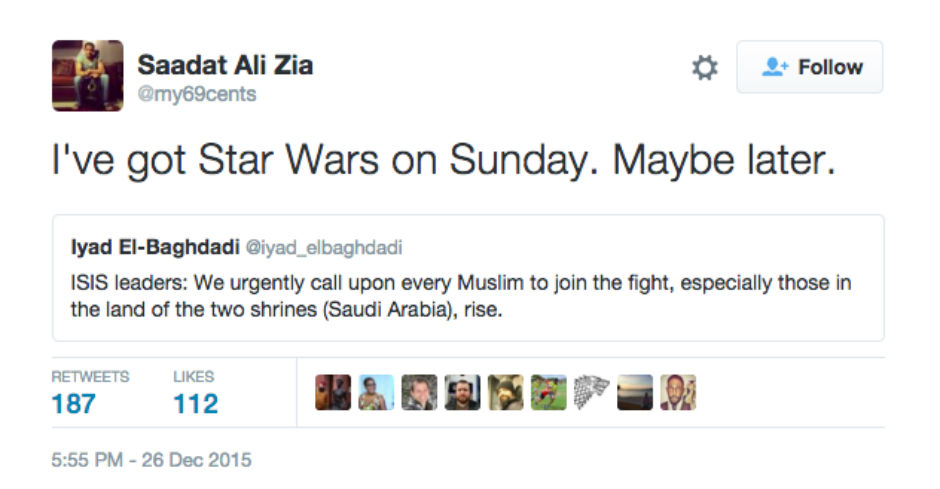 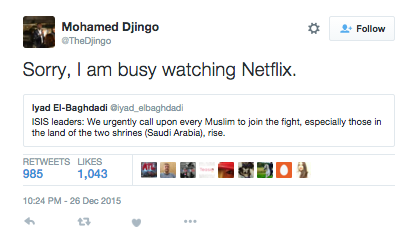 Annoying travel restrictions got in the way: 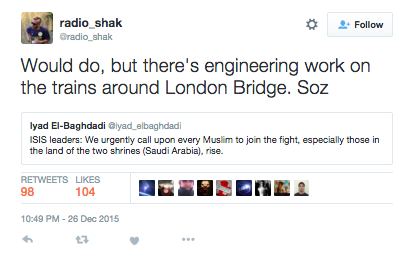 And some had other commitments. 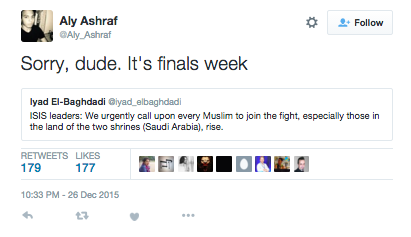 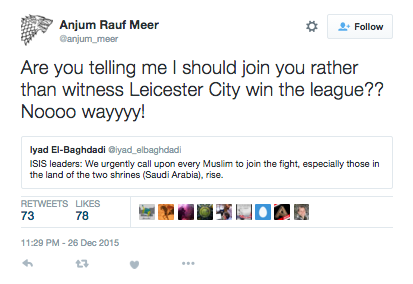 For ISIS, that takes its social media propaganda quite seriously, this can only be well awkward!