Cross seeing a tiger in the wild off your bucket list

NEW DELHI: The tiger, as far as I am concerned, is the King of the Jungle. Shy, reserved and intelligent, this reticent big cat makes you work for its attention -- quite unlike its more highly regarded, pompous, large-maned relative. India is lucky enough to be home to over half the world’s tiger population, and although the animal is still several endangered, there are several places in the country where spotting a tiger in the wild is not only possible but quite likely.

In other good news, the tiger population in India is growing, albeit very, very slowly. This is in part thanks to the creation of protected tiger reserves, where the animal can thrive in its natural habitat. Some of the reserves are open to the public, but unlike Africa where wildlife is the domain of luxury private tourism, in India it is the government that calls the shots and human activity in these protected areas is severely restricted.

As a tiger enthusiast, I have made my way to some of the tiger reserves across India, while a fair few others remain high on my bucketlist. Here’s a quick roundup: 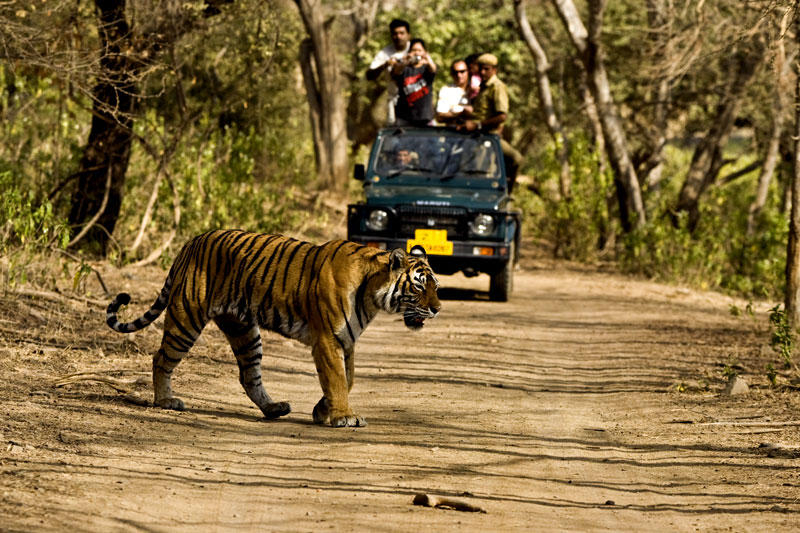 Corbett National Park is the oldest national park in India and was established in 1936 to protect the Royal Bengal Tiger. It’s named after the famous conservationist Jim Corbett, whose stories on tigers, leopards and other big cats in India were the mainstay of my childhood. In addition to tigers, the park is home to birds, reptiles, deer, leopards, elephants, jackals, wild boars … the list goes on. The park is also visually stunning -- with a huge variety of trees and plants, all located on the foothills of the impressive Himalayas.

A tip: Although a large number of guesthouses, hotels and other forms of accommodation are located just outside the park, for the true Corbett experience -- try and stay inside the park. The government has a few bungalows available for hire inside the park, and although electricity, water and connectivity are in short supply, these lodgings are the true Jungle experience. My favourite is Khinnanauli -- a large bungalow located in a quiet part of the jungle, where tiger mating cries and sambar calls can be heard at night. A VIP connection is needed to book this particular bungalow, but there are others that are more easily available -- including the campsite at Dhikala which the hub of human activity within the jungle.

Beware though, the dense cover of trees and vegetation make spotting a tiger in Corbett fairly difficult, and a majority of your day will be spent following pug marks, cheetal calls and rumours of “we saw a tigress just round the corner.” You’ll be lucky to spot a tiger in Corbett, but that fact makes it all the more special when you finally do. Like I said, this big cat makes you earn its attention.

Another tip: Although you can drive around, I recommend the elephant safaris early morning and evening that take you deep into the forest and often bring you face to face with the King of Corbett’s Jungle. 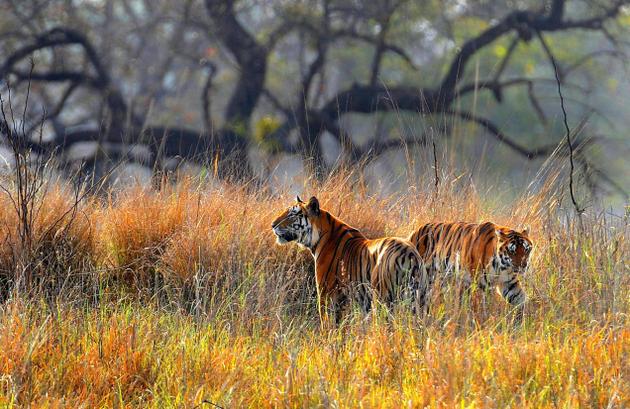 Kanha is considered one of the best places in India to spot the tiger in its natural habitat, and is believed to be home to the largest number of Royal Bengal Tigers. Its luscious sal forest provided the inspiration to Rudyard Kipling’s “Jungle Book” -- and if that’s not enough, the park’s home to leopards, the sloth bear, barasingha and the famous Indian wild dog. 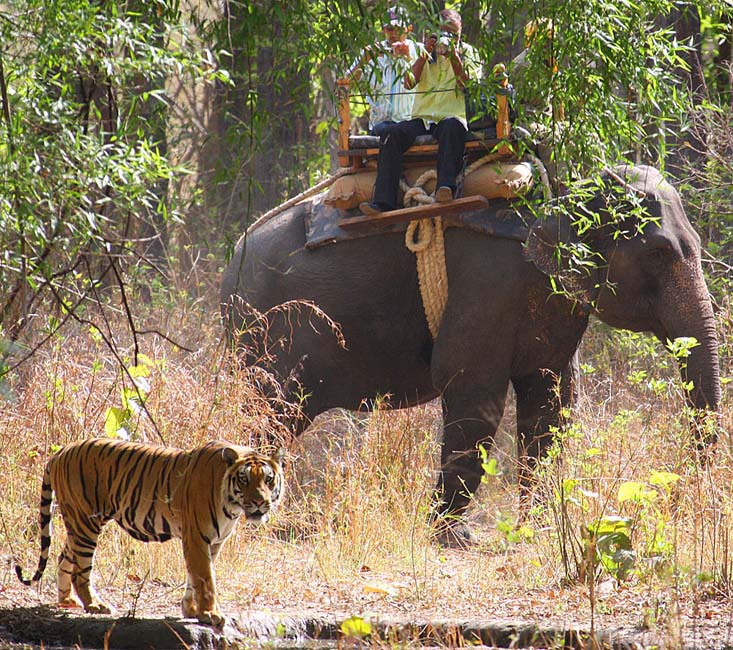 Bandhavgarh is the other place in Madhya Pradesh for tiger enthusiasts, with a high density of the big cat within its 100 sqkm terrain. The first white tiger ever captured was in Bandhavgarh. The park is all the more special as within it lie Bandhavgarh fort, and an array of old temples and structures, caves and shrines that make for a stunning visual experience. 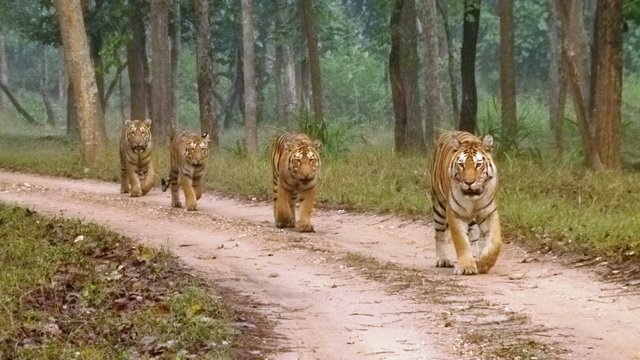 Pench is least known of the Madhya Pradesh tiger reserves, probably because tigers are a bit elusive in this large park. Its tiger population includes the tigress Collarwali, who recently brought up five cubs and whose mother was featured in the BBC's Spy in the Jungle series. In addition to tigers, Pench has 32 other mammal species living among its moist deciduous forests, meadows, river and lakeside habitats, plus nearly 200 bird species. 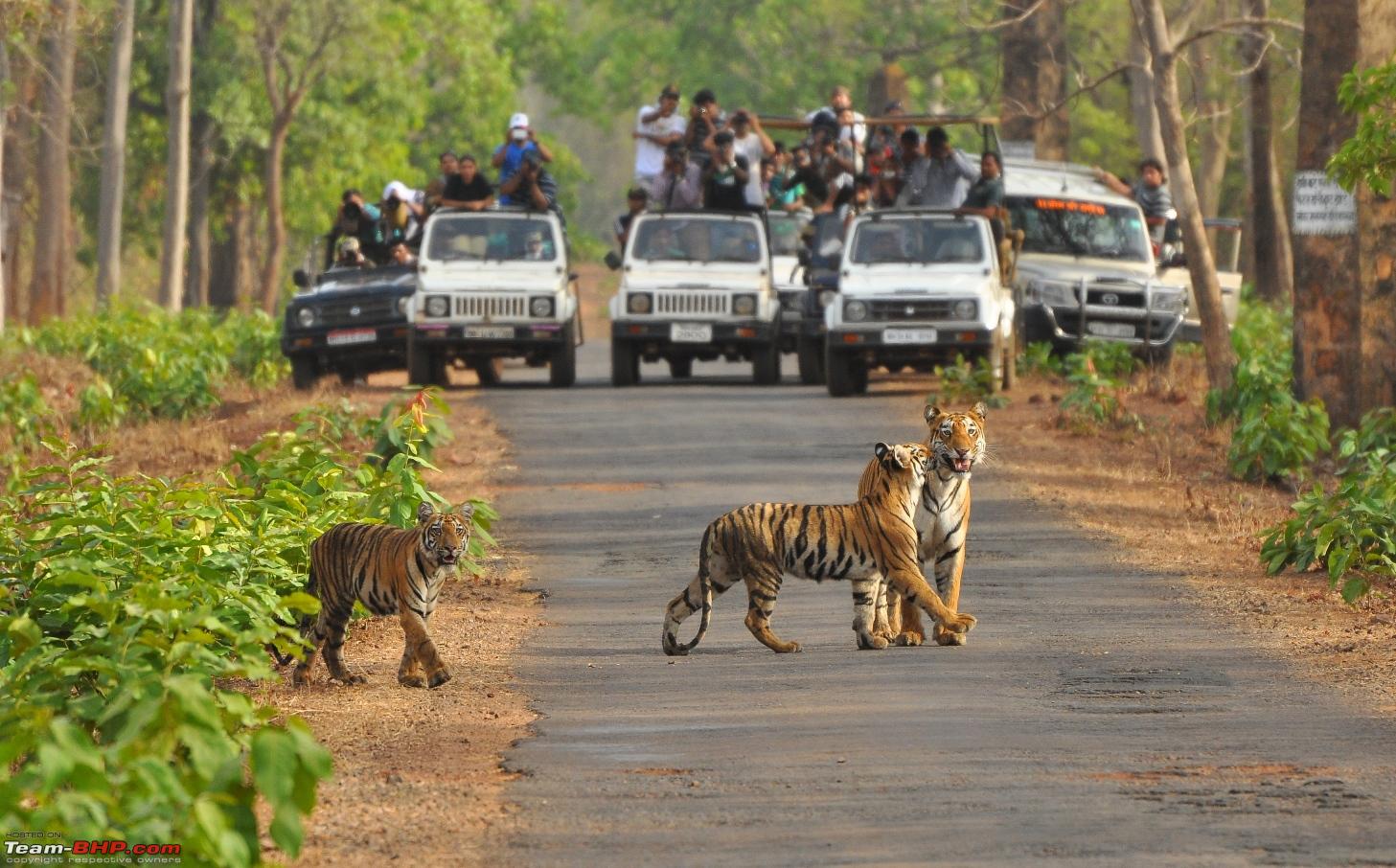 Tadoba Andhari Tiger Reserve is a tiger reserve in Chandrapur district of Maharashtra, and has been out of the limelight despite being the state’s oldest and largest tiger reserve. The park is open all year and is home to about 60 tigers, offering an amazing opportunity to live within the central Indian jungle. Located on the edge of the park is the Tiger Trails Jungle Lodge, where conservation activities have led to a large number of sightings -- to about 20 a day, with tigers, leopards, wild dogs and their prey often being spotted.

Kaziranga National Park is well known for reasons other than the tiger -- namely, the famed Indian one-horned rhinoceros as well as some of the last herds of wild buffalo left in the world. The Park, however, does have a sizeable tiger population, and makes it to the list because it is the only place in the world where you can spot the Royal Bengal Tiger and the Great Indian Rhino. 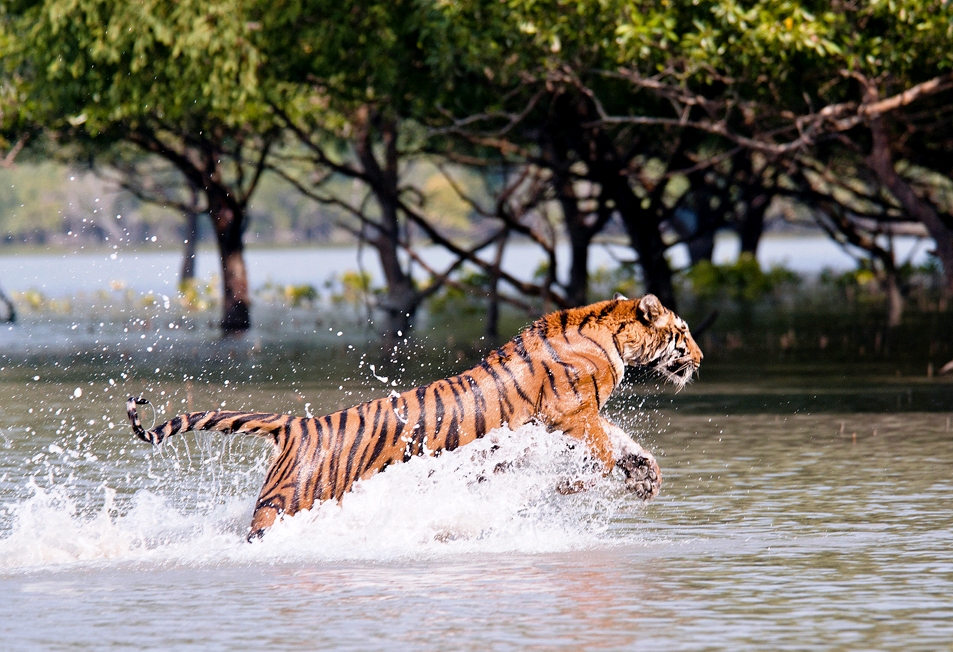 Sundarbans has a healthy tiger population, but seeing the big cat is fairly difficult as they hide themselves quite well in the dense forests. The delta, however, is visually stunning, and even if you don’t see a tiger -- the chances of seeing the highly endangered Irrawaddy dolphin, sharks and even saltwater crocodiles somewhat make up for it. A word of caution: The Sundarbans is not the ideal place for first time Safari goers, it’s a bit rough and rustic, and you’d be lucky to spot a tiger. The area is unfortunately in the news for tiger attacks and killings, as it is home to a large tiger population with increasing human encroachment and loss of tiger habitat. 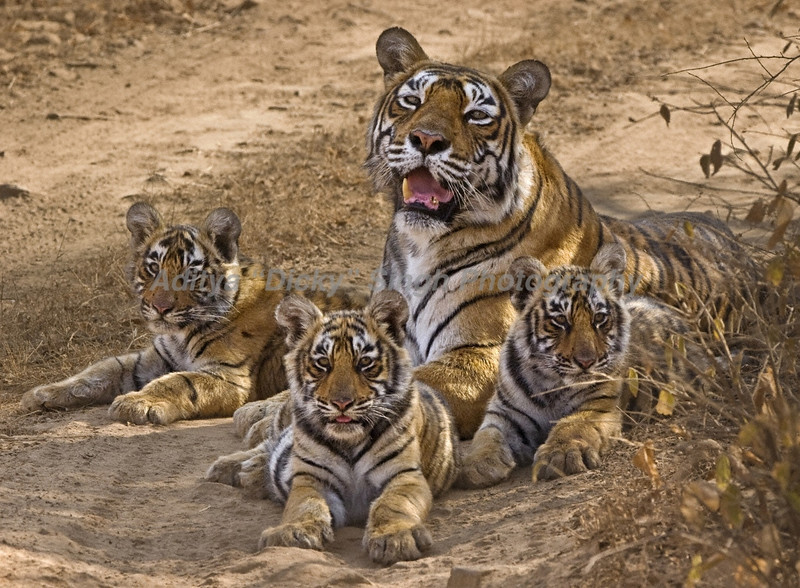 Ranthambore is an easy place to spot tigers, as it is located in the desert state of Rajasthan where the vegetation allows you to see for a fair distance, meaning that the tiger can’t hide as easily as it can in some of the denser terrains. Personally, Ranthambore is the least impressive in terms of the true “Indian Jungle” experience, perhaps because of the terrain and the nature of tourism -- which is dominated by first time Safari goers looking for a weekend escape as opposed to wildlife enthusiasts. Nevertheless, the prospects of seeing a tiger and the impressive Ranthambore Fort dating to the 10th century land the park on this list. 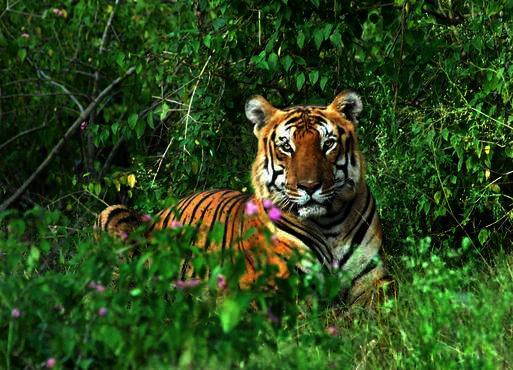 Nagarhole National Park is located in Kodagu district and Mysore district in Karnataka and is currently under consideration by the UNESCO World Heritage Committee for selection as a World Heritage Site. It has a good number of tigers, but is more well known for being home to the largest concentration of Asian elephants in the world. Bordering the picturesque park is the Kabini river -- and my favourite way to end a jungle safari in the park is to take a coracle boat, which often gets up close and personal with herds of elephants ending their day with a dip in the river. Nagarhole is also one of the few parks in India where you can still bike or explore in a bullock cart.