NEW DELHI: Editor’s note: In solidarity with the Jawaharlal Nehru University students accused of sedition -- two of whom Umar Khalid and Anirban Bhattacharya are still in jail -- students and citizens at large organised a march in the capital city today. The march, organised under the banner, "People's March to Save Democracy" progressed from Mandi House to Parliament, with protesters also calling for the release of journalist SAR Geelani, also booked under the charge of sedition.

“Rise up against the BJP government's concerted attack on Universities. From HCU to Allahabad to FTII to JNU, stand with social justice and secularism. Ensure Justice for Rohith Vemula and Enact the Rohith Act. Release JNU students, Umar and Anirban. Drop all charges against JNU students. HRD Minister Smriti Irani must resign,” the event’s Facebook page reads.

The morning of the march, Khalid and Bhattacharya were remanded to 14 more days judicial custody.

The Citizen’s VISHAL NARAYAN was at the event and took the following photos. 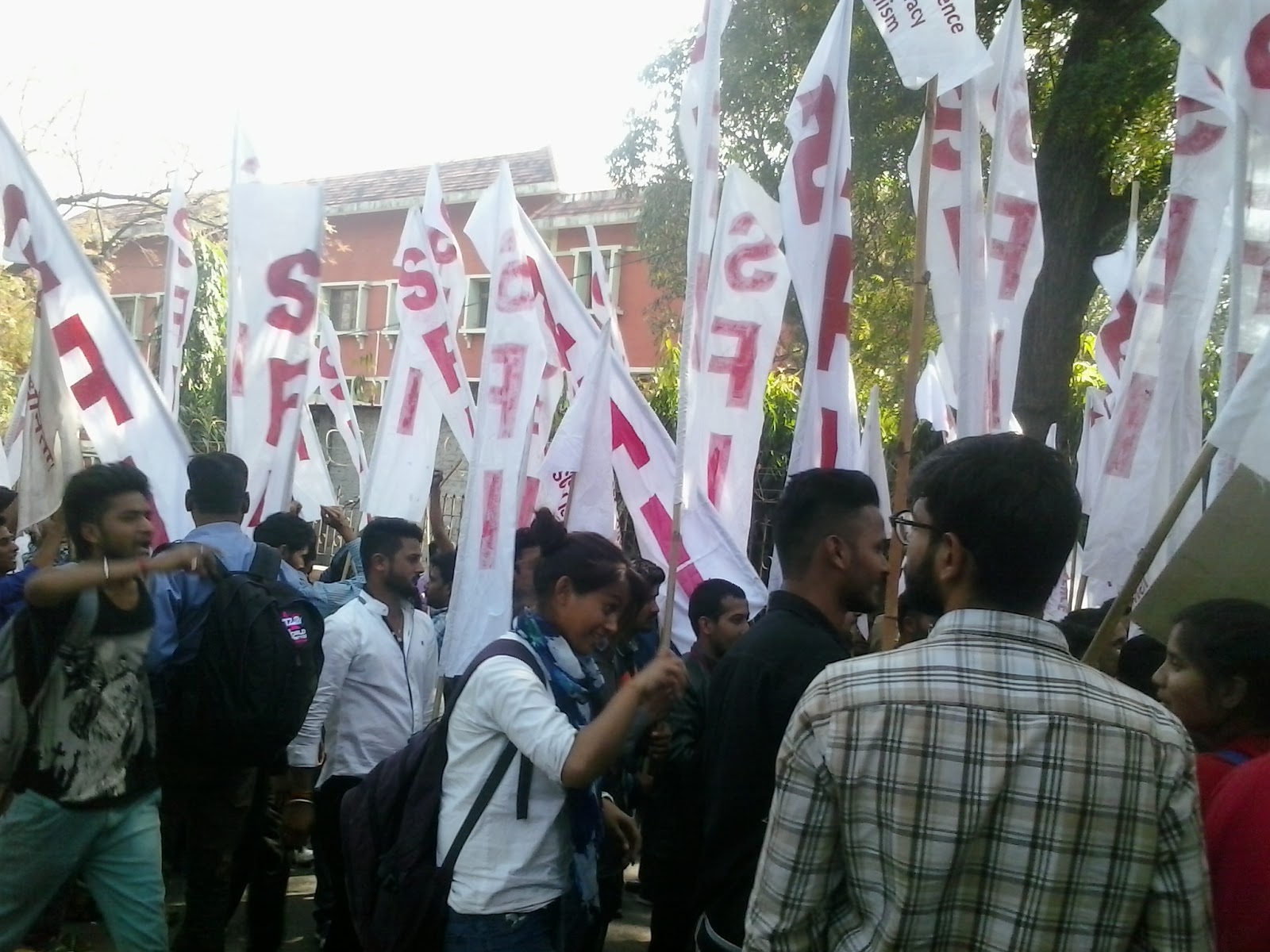 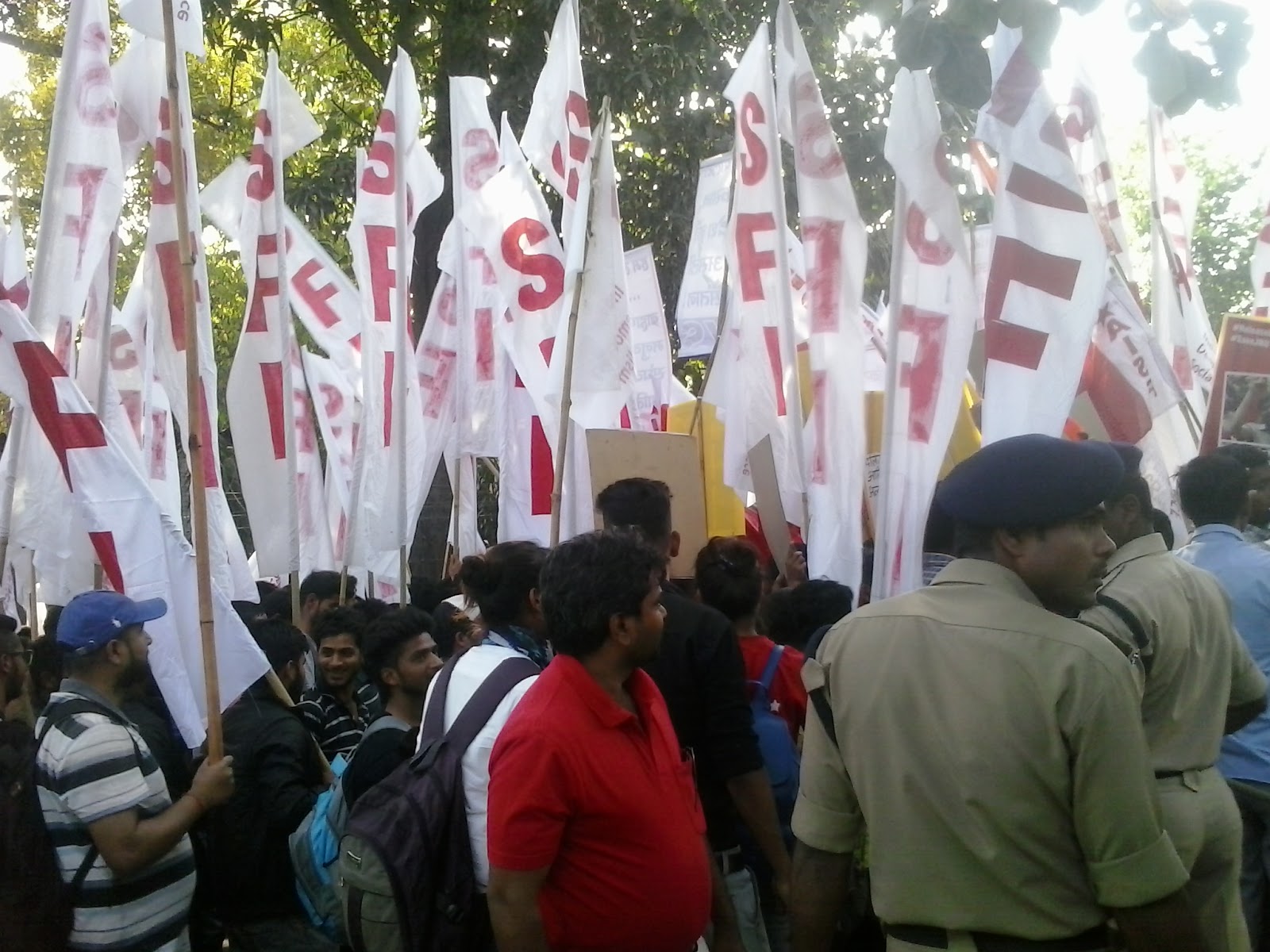 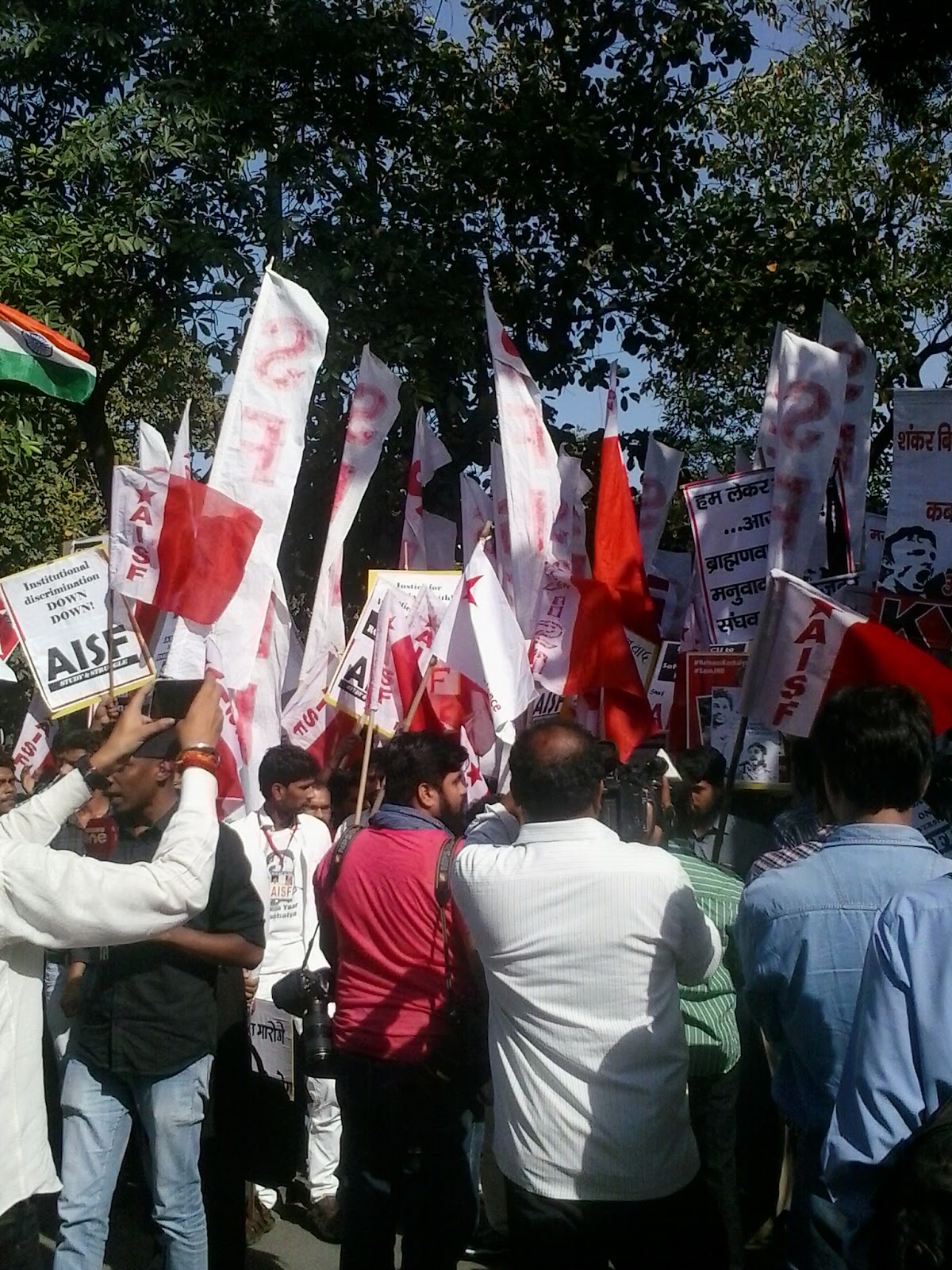 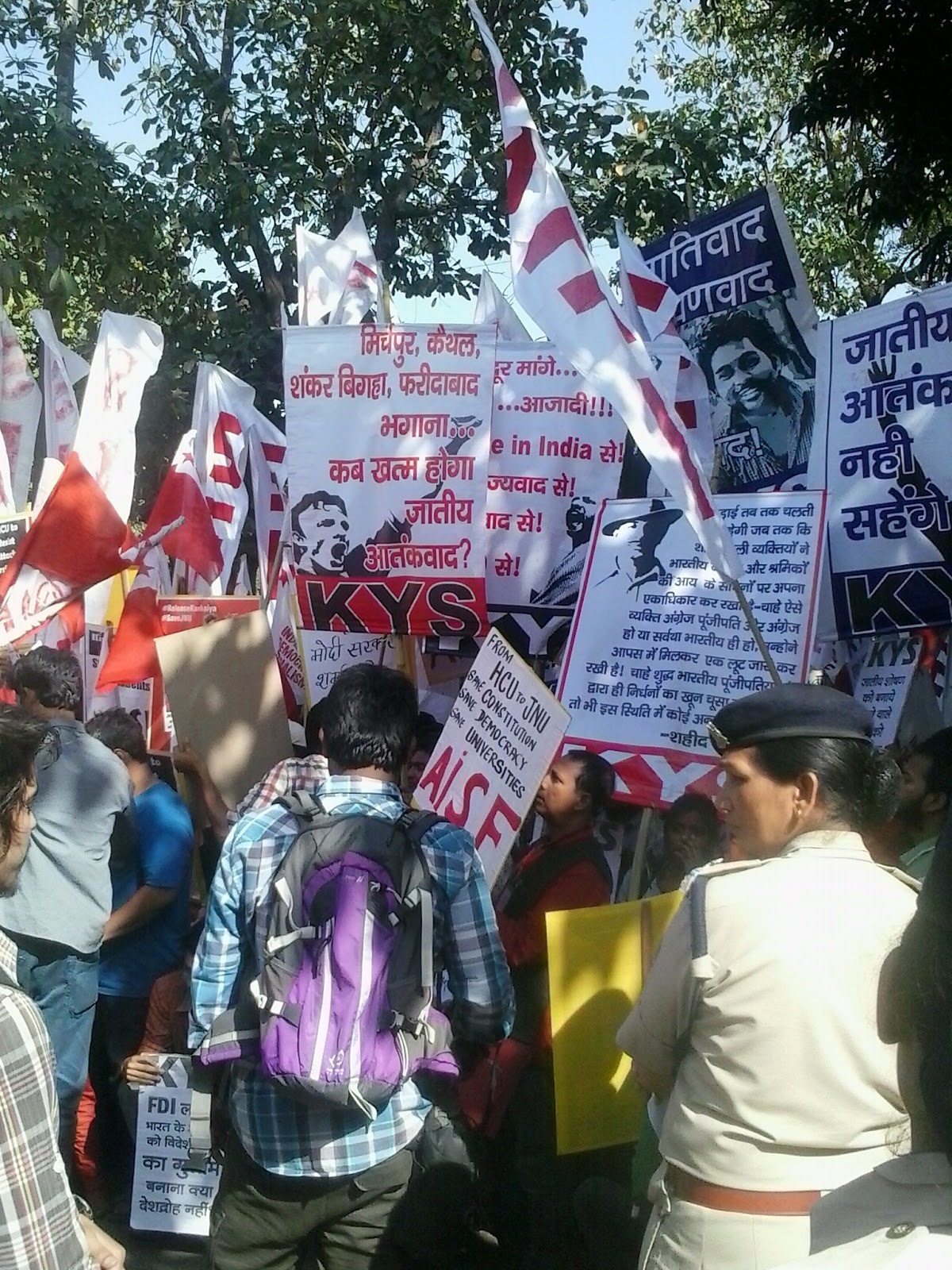 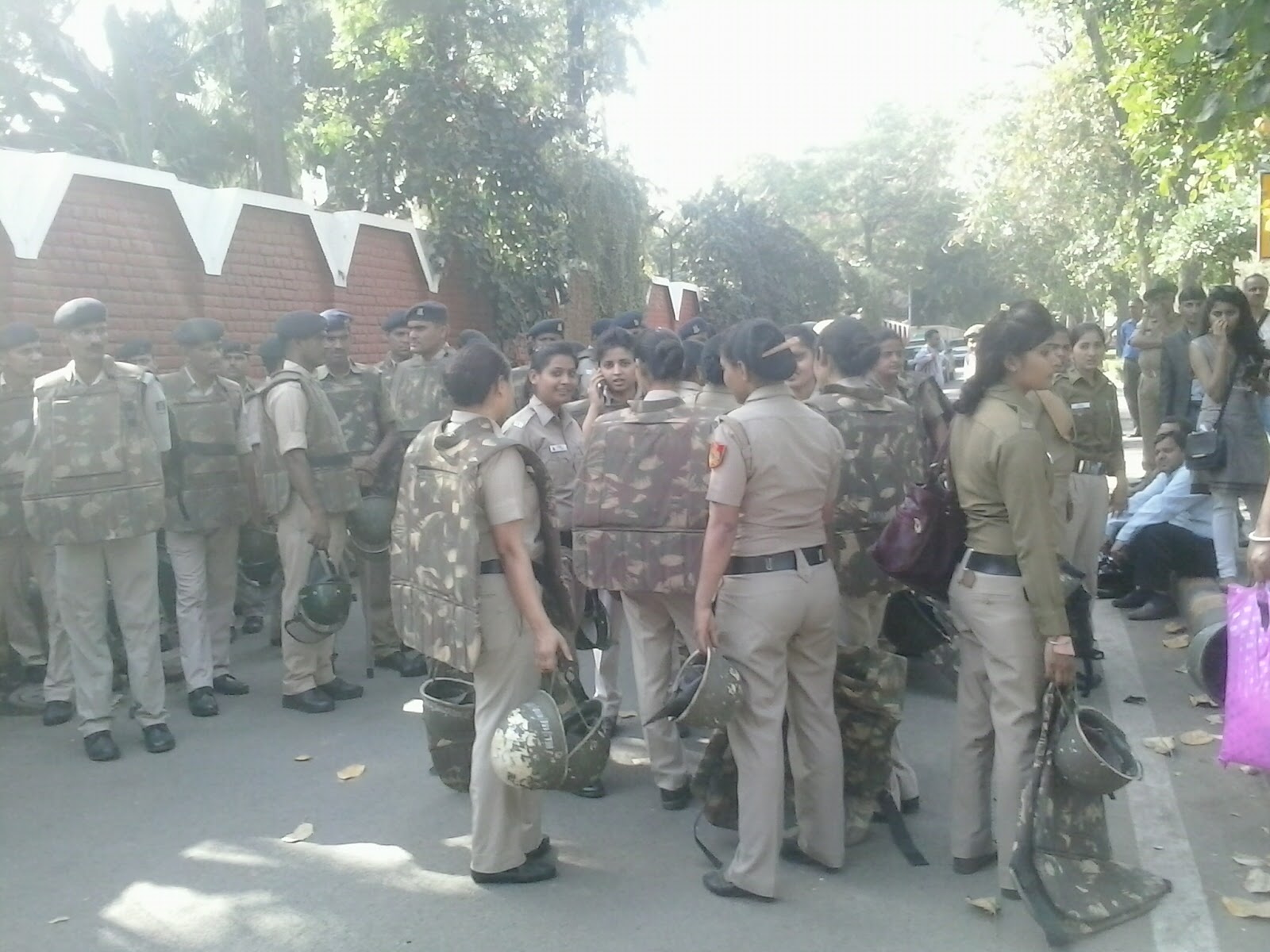 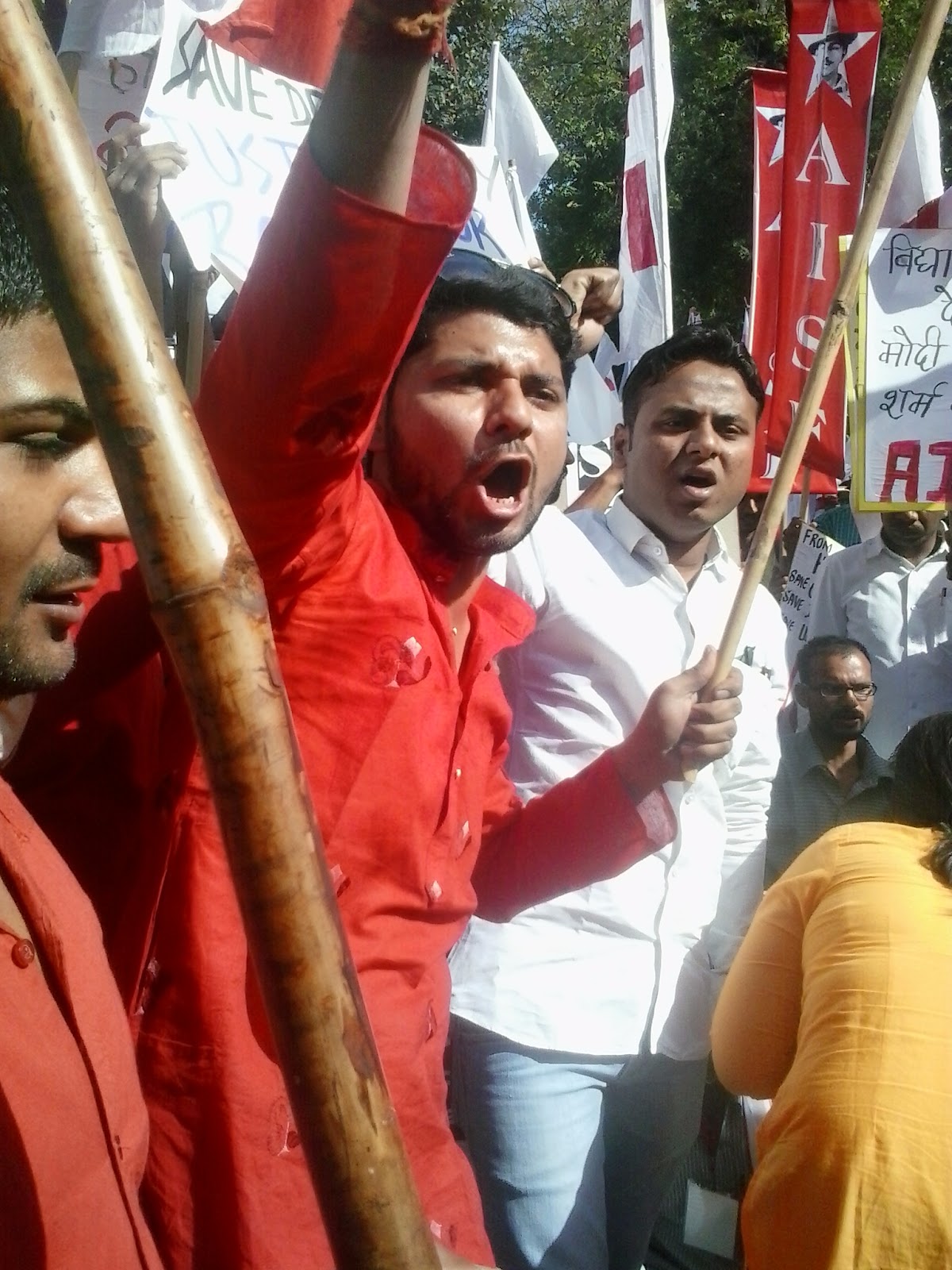 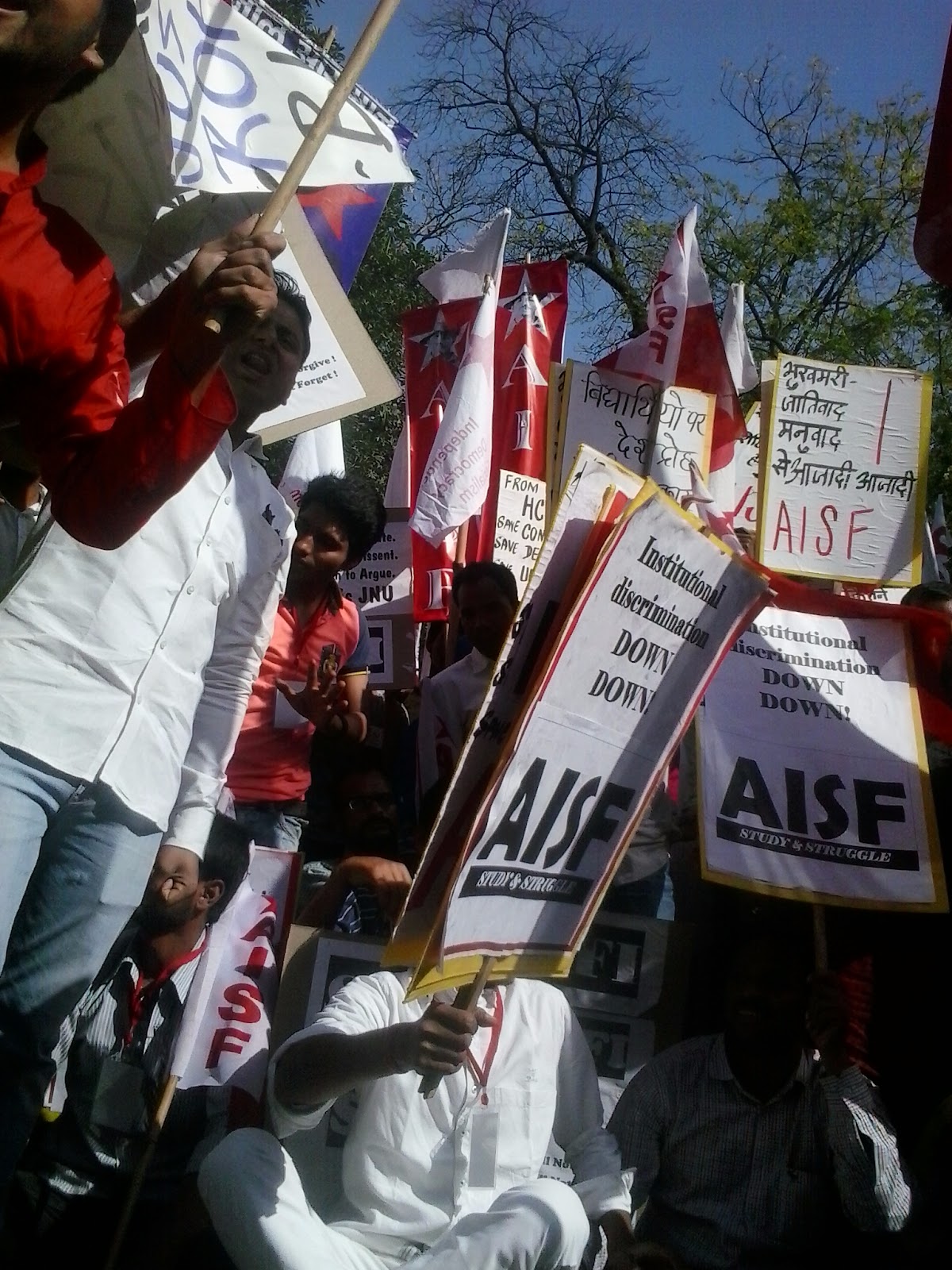 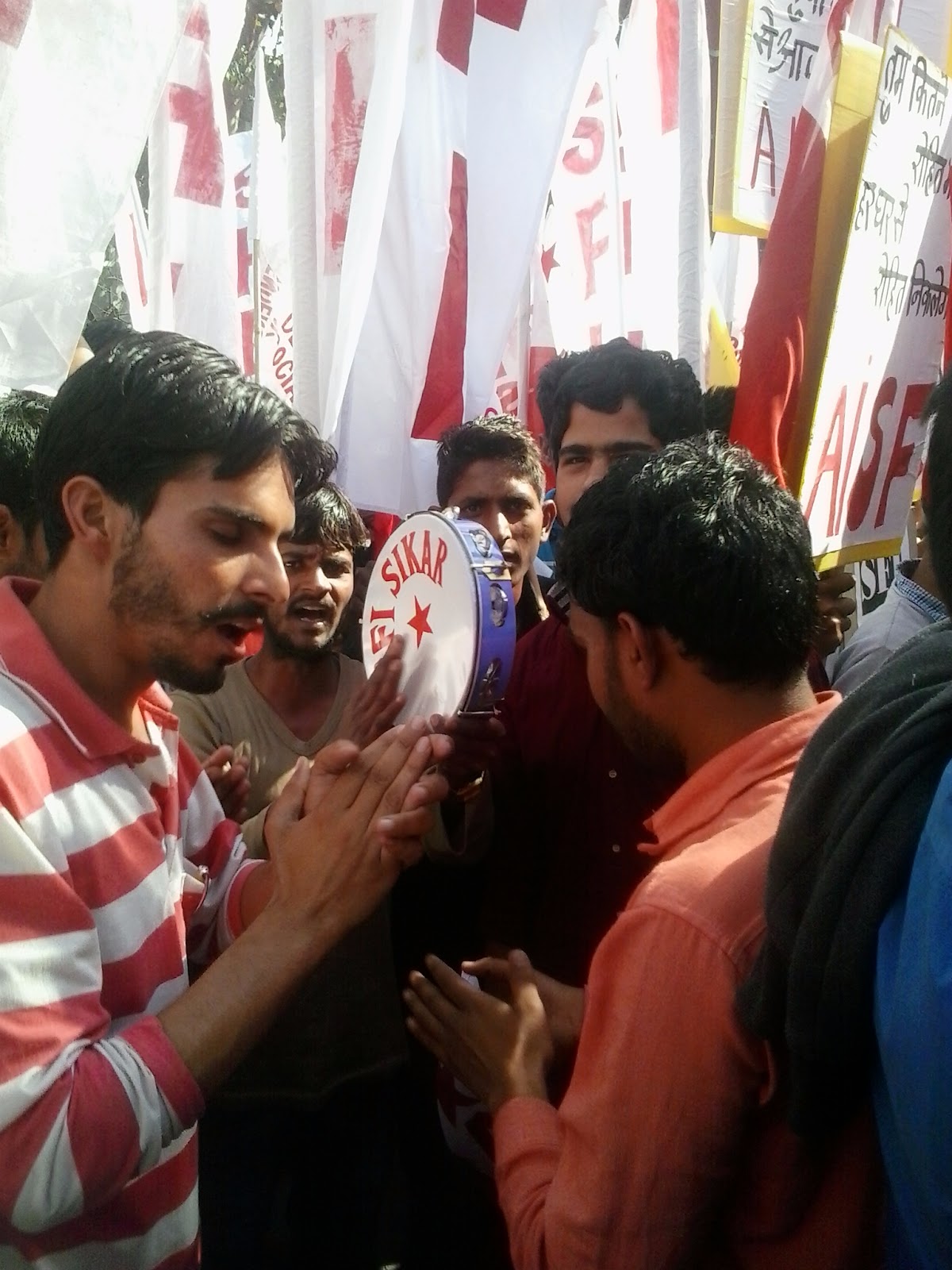 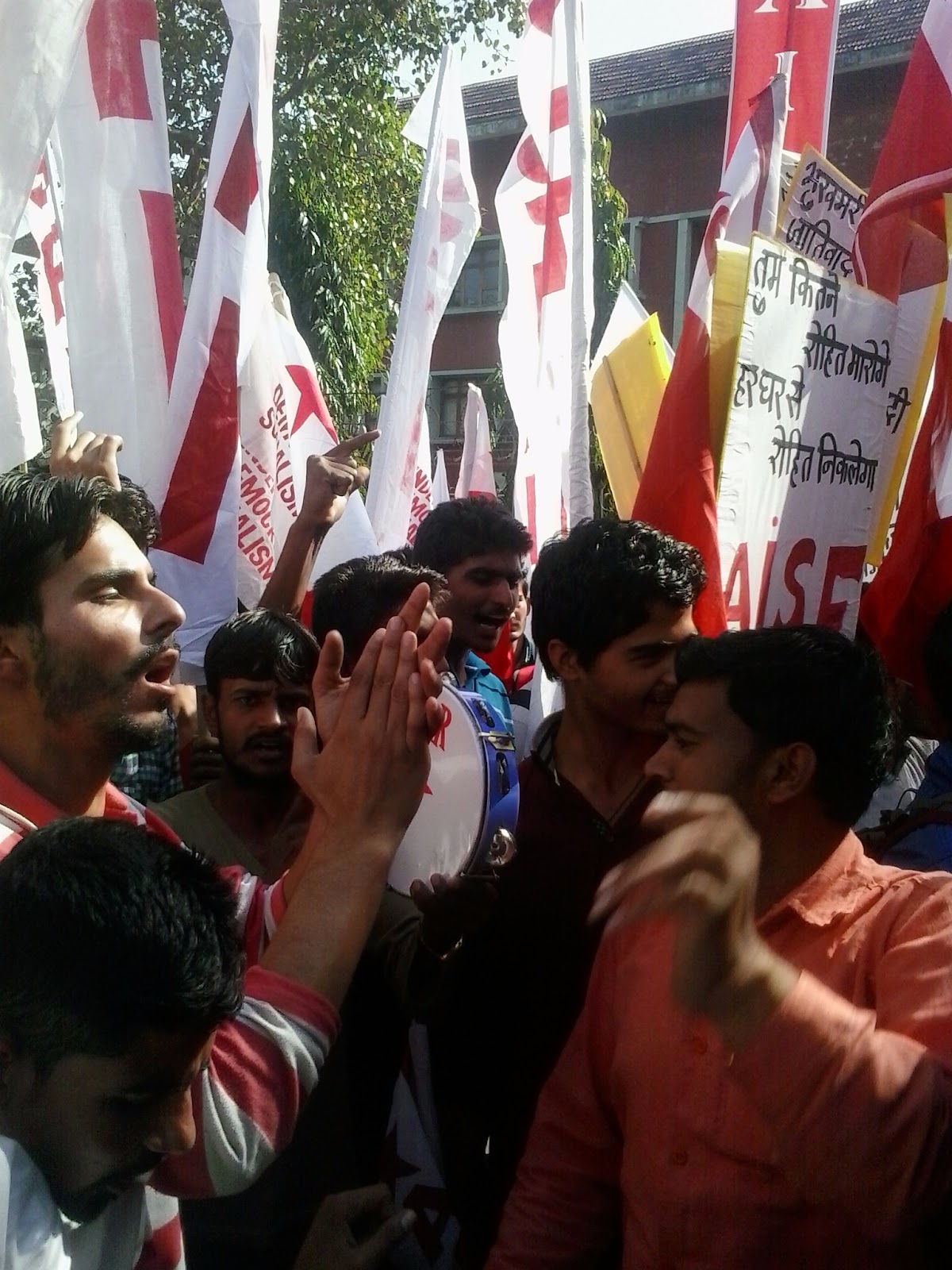 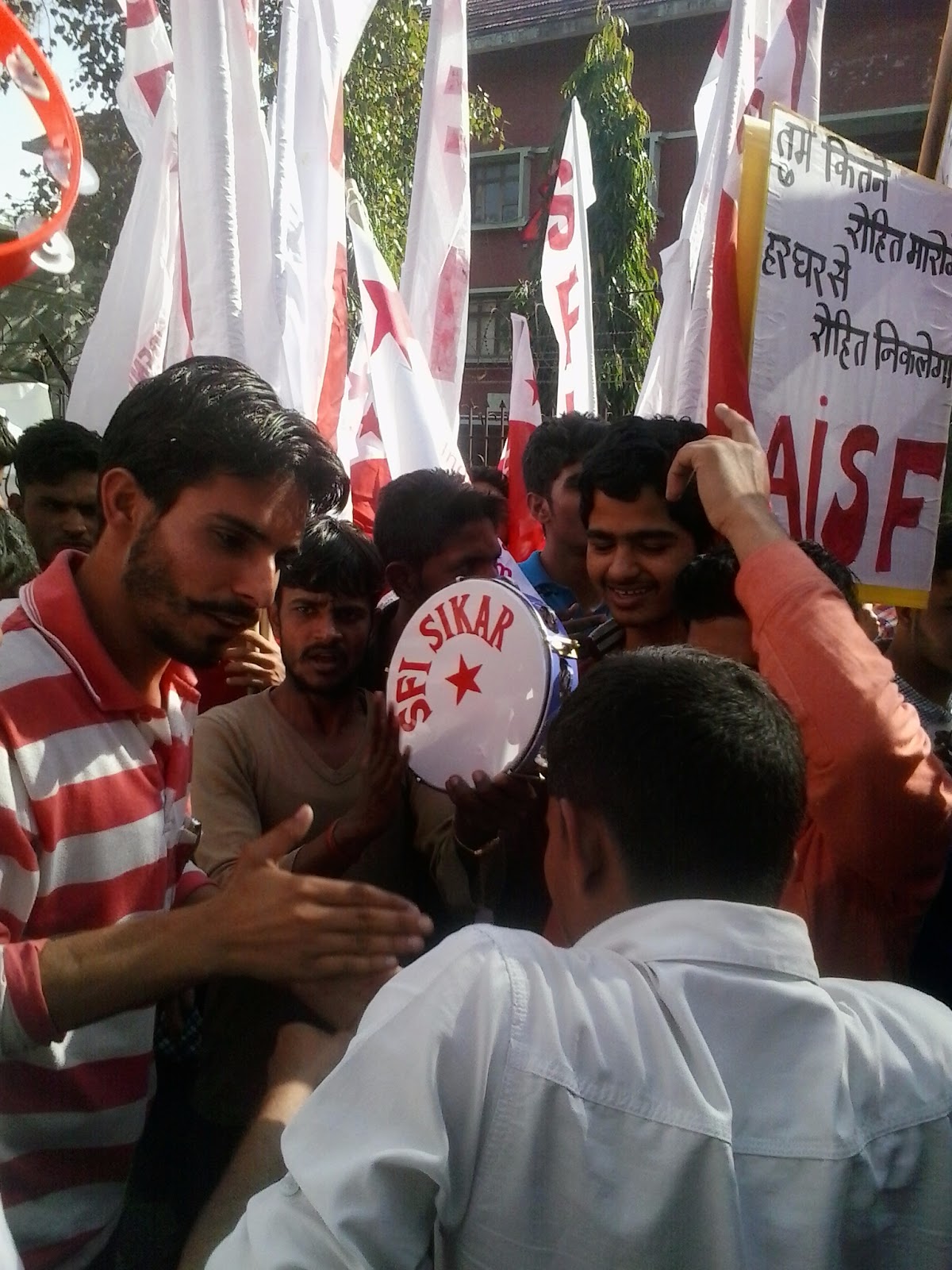 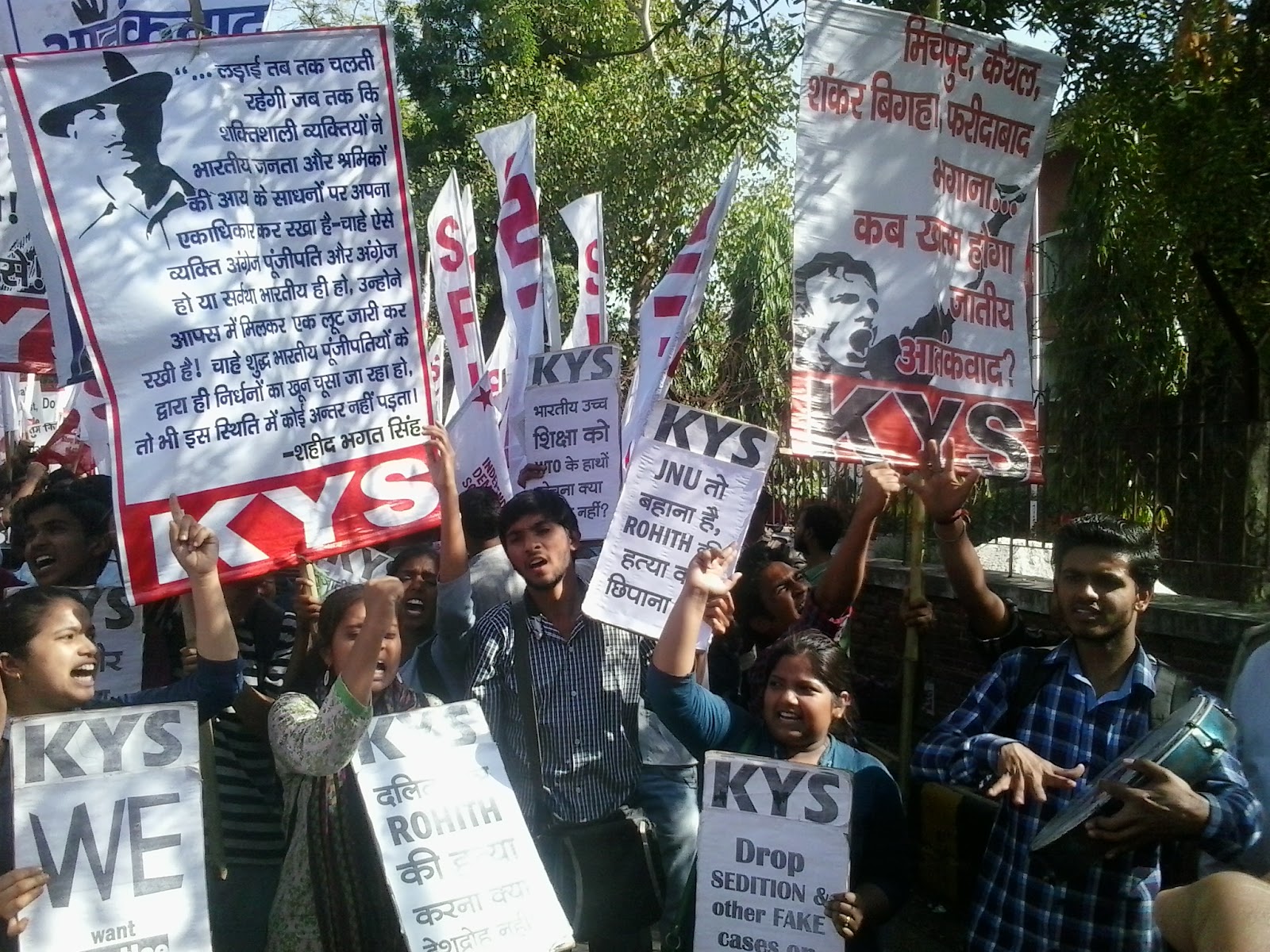 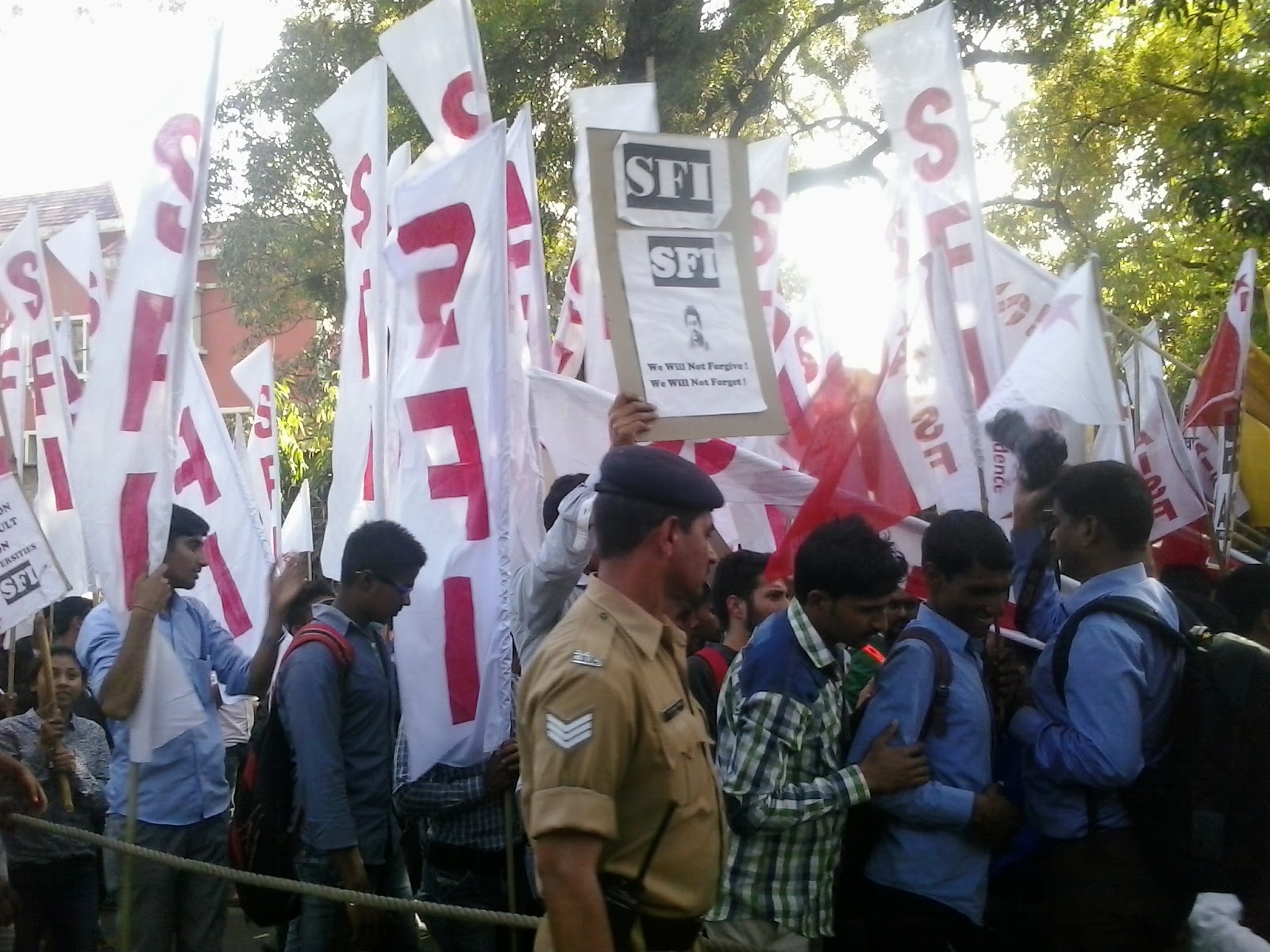