Updates On Police Crackdown On The University Of Hyderabad

NEW DELHI: Unrest in India’s campuses shifts back to the University of Hyderabad, as the police swept in and arrested approximately 30 students who were then taken to an undisclosed location. The students were protesting the return of Vice Chancellor Appa Rao Podile who returned to work after almost two months, his absence being linked to the suicide of Dalit scholar Rohith Vemula that sent shockwaves across the country.

The protesting students, according to media reports, ransacked the VC’s residence on campus, smashing doors and windowpanes, computers and electronic equipment, TV sets, furniture, flower pots and photo frames. Students were arrested on the charges of unlawful assembly and damage to public property.

Meanwhile, Jawaharlal Nehru University student union President Kanhaiya Kumar, who was arrested earlier this month on the charges of sedition, arrives in Hyderabad, where he is expected to join the protest against Rohith Vemula’s suicide. At this point, it seems unlikely that Kumar will be allowed inside the campus.

Information on the developments has emerged on social media, and is being reproduced below. It has not been independently verified. 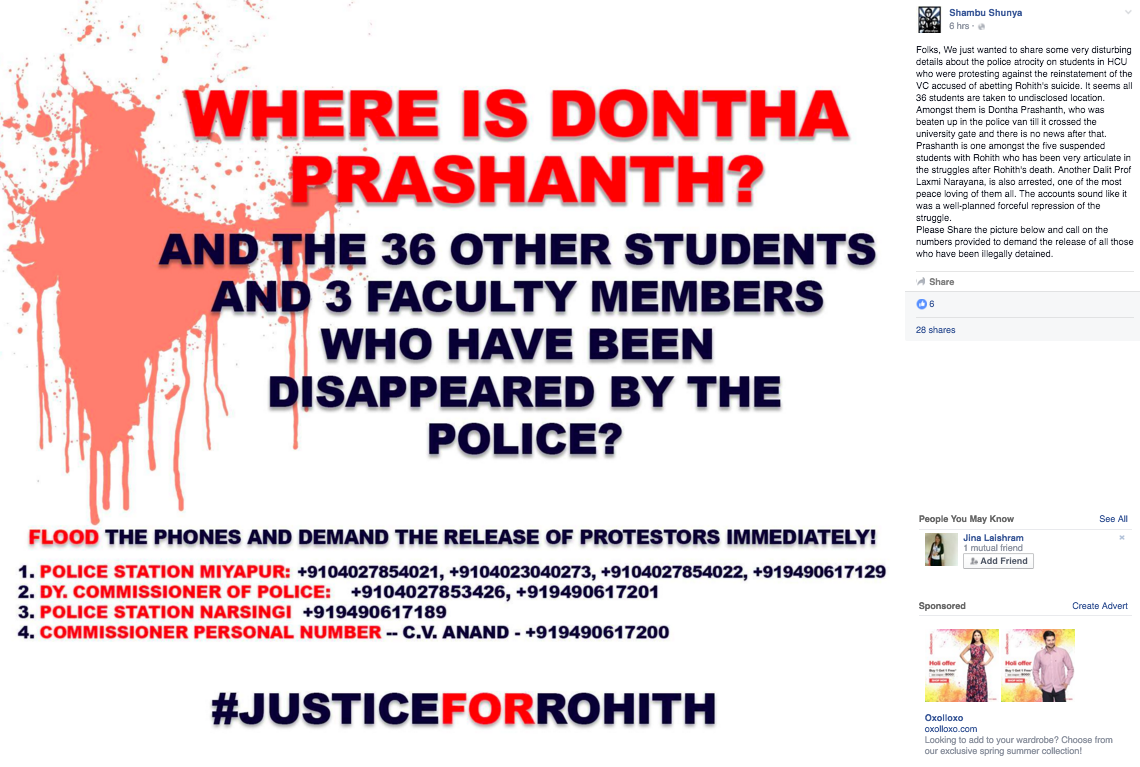 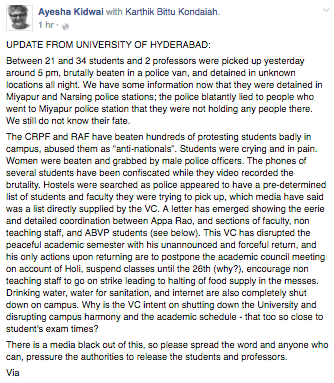 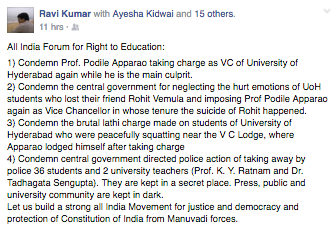 Videos have also been posted: 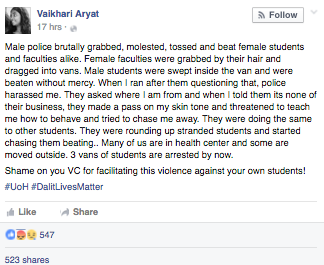 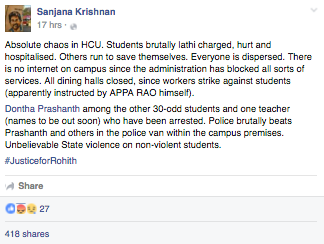