NEW DELHI: All the 25 students and faculty members of the Hyderabad Central University have been given bail after spending the long Holi weekend in jail. Details are still emerging.

The police crackdown and detainment of Hyderabad Central University students and faculty members made its way into the Telangana Assembly this weekend, with Chief Minister K Chandrasekhar Rao on Saturday announcing that he will take up with Prime Minister Narendra Modi the demand for recall of Hyderabad Central University Vice Chancellor P Appa Rao.

The Chief Minister was responding to a debate in the house, with the Opposition Congress and MIM demanding a probe on the police action. "If any atrocities were found to be committed by police, appropriate action will be taken," the Chief Minister said.

Meanwhile, over 300 academics, including Noam Chomsky, Barbara Harriss-White, Michael D. Yates amongst others, have signed a statement in solidarity with Hyderabad Central University, in condemnation of the police action against students and faculty. The full statement can be read here.

The Committee For The Release Of Political Prisoners (CRPP) issued a statement demanding the release of the students and faculty. “The CRPP condemns in strongest words the unleashing of police and paramilitary forces on the protesting students of the University of Hyderabad and the subsequent arrest of 25 students and two faculty members on March 22, 2016. The events that unfurled on that day seem to have been stage-managed with utmost callousness and precision by the scheming Vice Chancellor, Professor Appa Rao Podile and the power centers with vested interest… It is pertinent to note that an FIR has already been registered against Appa Rao and the MHRD Committee has also held him responsible for the death of Rohit. But rather than following up on the investigations and taking action against the VC, the Central Government seems to have gone out of their way to facilitate his return to office,” the statement said.

Elsewhere, , people taking out a protest rally in solidarity with the students of UoH were detained by the police. They have since been released. 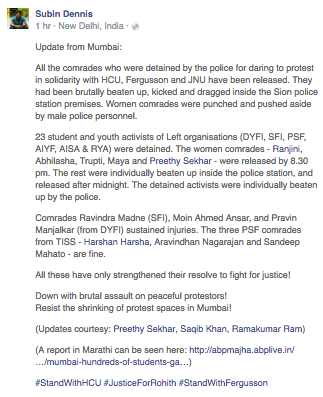 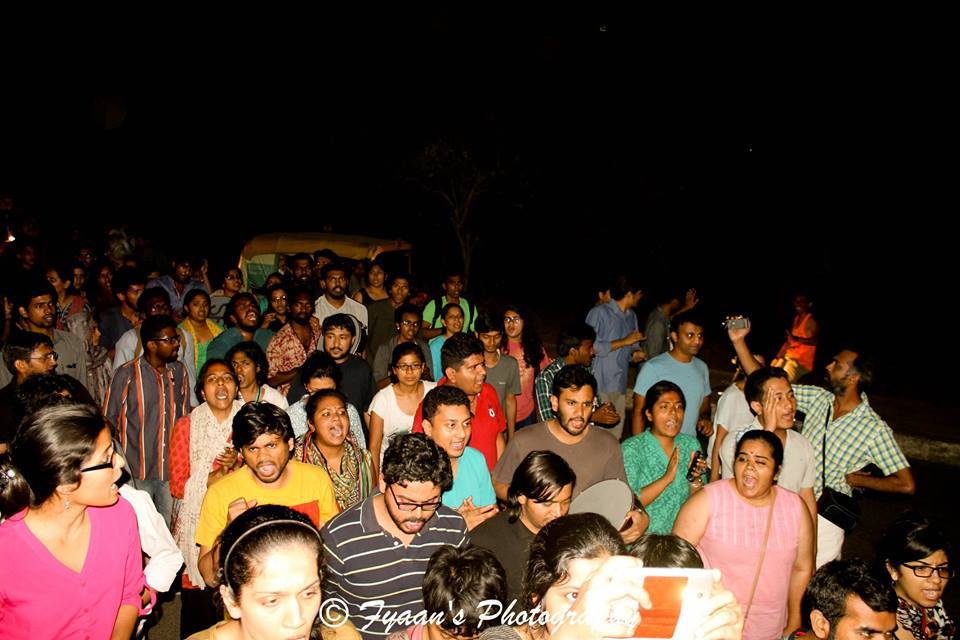 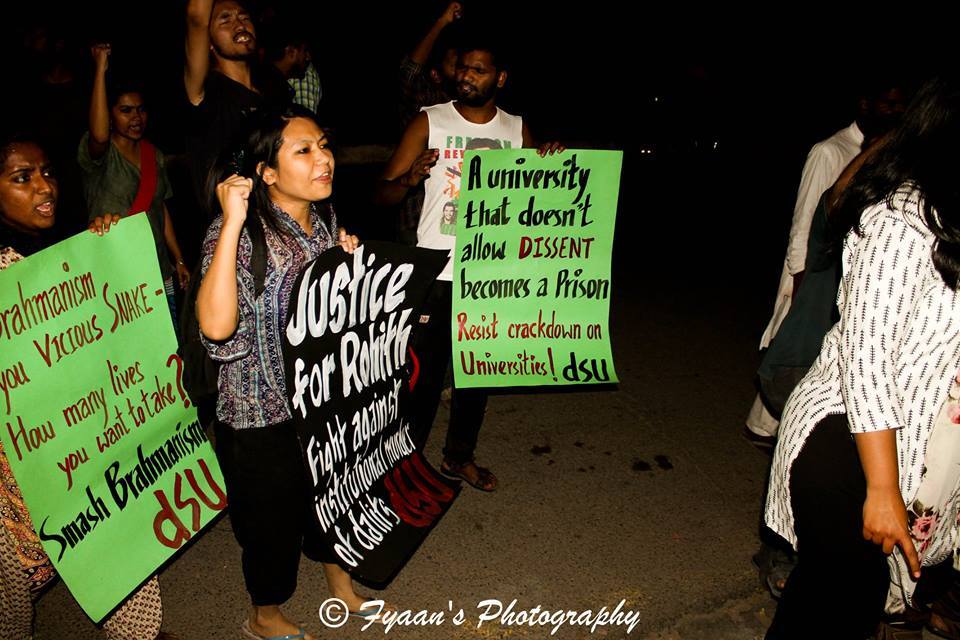 Messages of solidarity poured in from across the world. 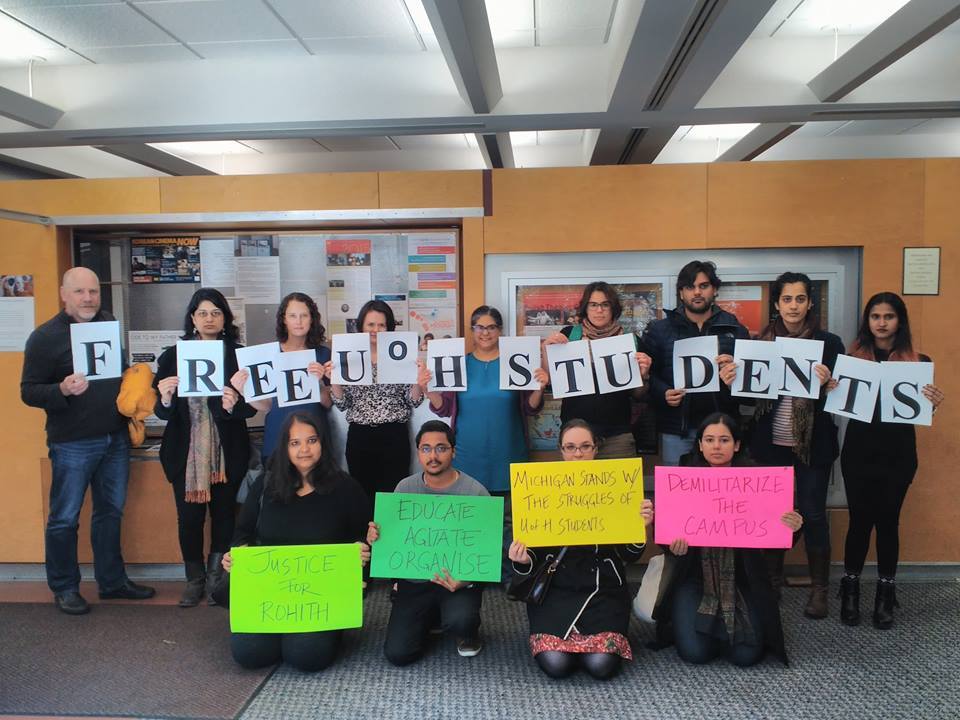 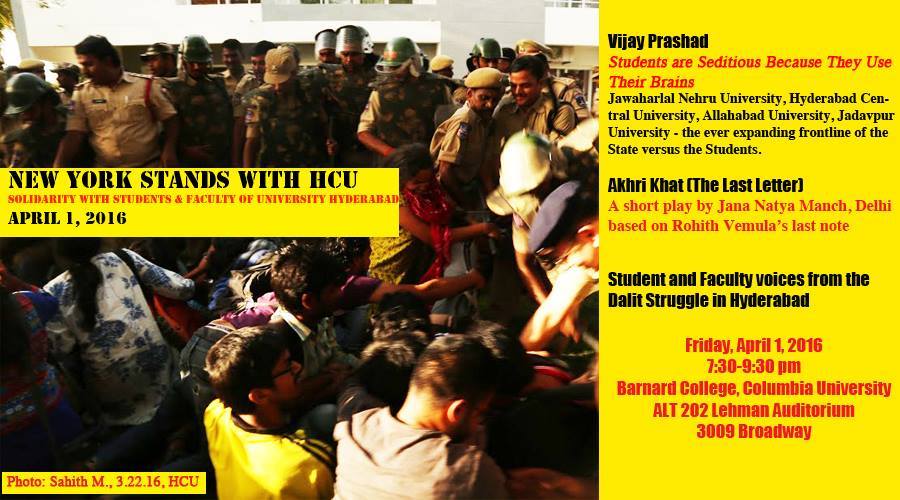 Others met the arrested students and shared updates on their condition on social media. 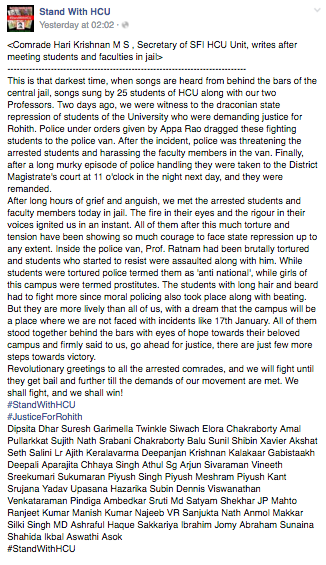 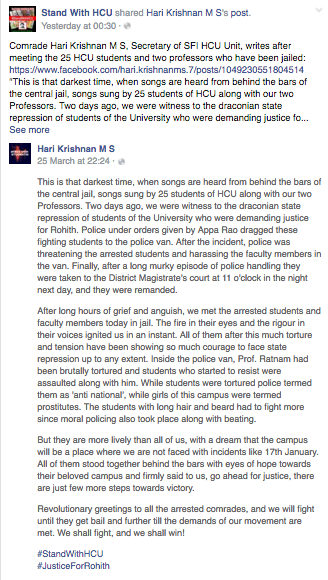 For the bail amount for the arrested students, other UoH students organised a funding drive. 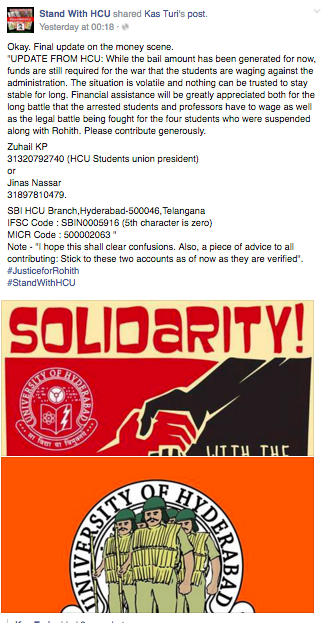