Are People Deliberately Setting The Forests Of Uttarakhand On Fire?

NEW DELHI: Uttarakhand is burning, literally. Although absent from media headlines, acres and acres of forest land in the hill state has been burning for over a week. The situation has prompted deposed Chief Minister Harish Rawat to pen a letter to the governor, K K Paul, urging him to declare Uttarakhand a forest ravaged state. “Once Uttarakhand is declared as forest fire-ravaged, it will get adequate financial assistance from the Centre and other facilities to deal with the crisis," said Rawat.

The limited action that has thus far been taken has not been able to reign in the flames. Governor KK Paul announced that the number of personnel engaged by the state to douse the fire will be increased from 3000 to 6000. In every district, 100 PRD personnel will be posted for the safety of revenue forests. This number may be increased later, an official release from the governor’s office said. Rs. 5 crore has been allocated to buy the necessary supplies and material to fight the forest fires.

The fires, however, have unleashed their damage. Thousands of acres of forest land has been affected -- and with it, the wildlife inhabiting these forests.

A post on Facebook that is gaining some traction indicates that dousing the fire is not going to be enough. It suggests that people -- controlled by the timber mafia -- are deliberately setting the forests on fire. 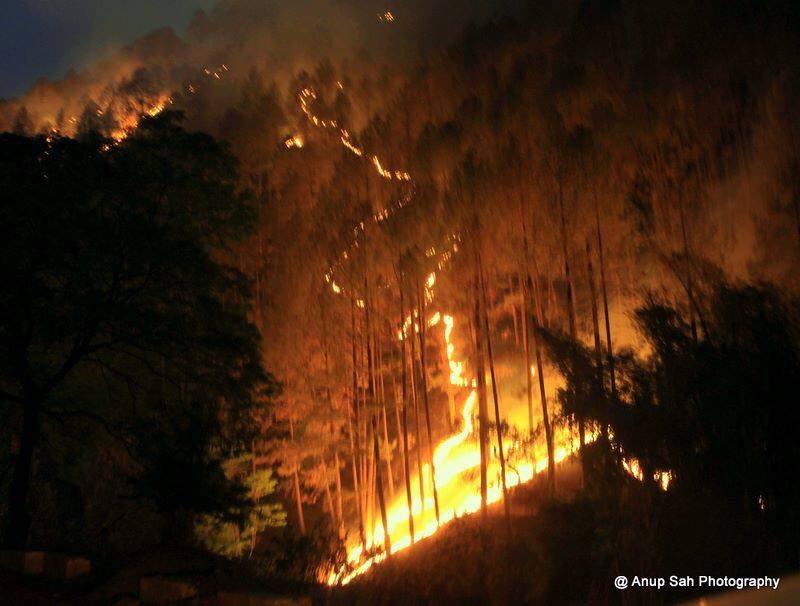 “This is a National emergency .

The forests of Uttarakhand have been burning for over a week now, with no media coverage what so ever.

The fires are engulfing thousands of hectares of forest, destroying wild life and killing trees in 100s of thousands, the toll is estimated to be in 10s of crores, and higher.

We want the media to bring this terrible illicit project that has, according to locals, been carefully orchestrated by timber and land mafia.

"We caught three young minors setting fires to a birding area in Sattal, and we asked them why . They said their father had told them to set fire to the forest.

We put out the fire with water from the lake, and the next day it was again set ablaze.

Today we saw the dead trees are being marked and cut for sale."

These are just some of the eye witness accounts of this horrific project.

The trees that die in the fire and as a result of the fires are cut for timber and sold for 100s of crores and this ghastly project it clearly a mega windfall for the timber dealers and mafia.

Forest Panchayats are often in league with these dealers and fires are often lit, every summer. But this year, the entire Uttarakhand is ablaze!!!

The hills are the only natural Oxygen lung for cities like Delhi NCR, and their destruction will dry up the rivers and have an terrible effect on the fate of India. When trees die, ground water evaporates.

A barren, burnt land is what is left of many mountains where last week, there stood a beautiful forest.

News from Nainital, Bhimtal, Sattal, Almora coming in, eye witnesses sending pictures to us and all of them are saying the same thing!! The fires aren't being contained !!!

We're are local residents and we are very concerned about this situation .

We want the law to take note;

1.Stop the fires, immediately deploy army to fight the fires and contain them from spreading.

2. Start a fast court and arrest all people engaged in setting fires.

4.stop the selling of any forest timber, by forest department and local Van Panchayats 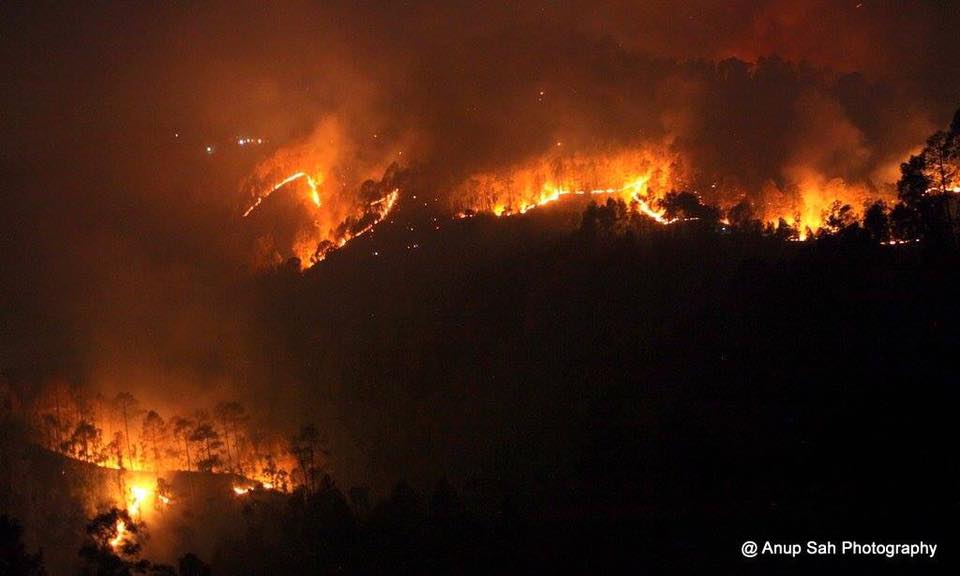 Deliberate or not, the forest fires in Uttarakhand are largely absent from the media and political narrative. Urgent action needs to be taken to douse the fires and protect the forests of Uttarakhand and its wildlife.