"The easiest way to inject a propaganda idea into most people's minds is to let it go through the medium of an entertainment picture when they do not realize that they are being propagandized" - Elmer Davis.

Today visiting a museum, an art Gallery or a music concert, is not a “normal activity” anymore. It could be hard to imagine that these activities are now being associated with high level international politics. For instance, recently London’s Royal Academy of Arts collaborated with the Palace Museum in Beijing to open an exhibition on China, which not only attracted the British public on Chinese culture but also depicted the exploding economic growth of China. According to the museum director Neil Macgregor, the purpose of this collaboration was to secure the loan of the First Emperor’s treasures which was carried out in the name of ‘Cultural Exchange’. There were series of stimulating talks such as “Rise of China”, “Legacy of China in the globalised world” and the idea of “Cultural Diplomacy” by China through its artifacts as a strategic means of communication between nations.

Showcasing a positive image about one’s country is not new, but the ways and conditions for projecting ‘Soft Power’ have transformed dramatically. The relationship between technology, communication and power has broadened the realm of diplomacy by including new actors, corporations, NGOs and civil society. The process of globalization and the information revolution has created an increasingly connected world and has adjusted the power distribution structure, in which public perceptions of values and motivations can create an enabling or disabling environment in the quest for international support policies. Therefore, the struggle to affect important international developments is increasingly about winning the information struggle to define the interpretation of a state’s action. If an action is not interpreted abroad as a state meant it to be, then the action itself becomes meaningless. This is where ‘Cultural Diplomacy’ comes in play, as it creates an influential environment which yields to a positive perception regarding an action. As ‘Liberalism’, an analytical approach in International Relations states that, international institutions can influence the relations between nations and human beings are ontologically bound to cooperate. ‘Diplomacy’ can be understood as a mode of state’s action and a tool to stimulate peace, democracy and free market. To incorporate this, diplomatic agents use either ‘Hard Power’ (mostly economic, military and coercive) or ‘Soft Power’ (mostly cultural, institutional and attractive), in which former restrains people’s involvement and latter is more people centric.

Cultural Diplomacy could be defined as an ‘international actor’s attempt to manage the international environment through exchange of ideas, information, arts, music, people and other aspects of culture with another international actor’. It is a power dynamic which is concerned with the management of the international environment through which a social order is communicated, reproduced, experienced and explored. It would be appropriate to frame cultural diplomacy under ‘cultural policy and international cultural politics’ as it has the power to build on opportunities for dialogue and cooperation and incorporate a safe and constructive forum for relation-building or easing relations when they are strained. Surely Cultural Diplomacy isn’t new, but analyzing the ever-growing complexity of international relations and studies of diplomacy; it has been entirely ignored and little attention has been paid to it. Even the incoherent conceptual framework has resulted in haphazard usage of the term, which may be due to the lack of serious commitment to it by the governments and on the other hand inquiry into its discursive and empirical frameworks has been lacking. Many diplomatic agents may encourage cultural diplomacy in principle, but in practice it is places at the lower end of their work priorities. Within the wider context of globalization, on one hand, there is a need to understand the significantly transforming relationship between Culture, Development and Governments by highlighting greater need for intercultural dialogue. On the other hand, with an evolving paradigm of cultural diversity invoking the notion of “Globalization equals Americanization”, the framework of Cultural Diplomacy can break the dominance of stereotypes that pay undue importance to unbeneficial cultural differences. 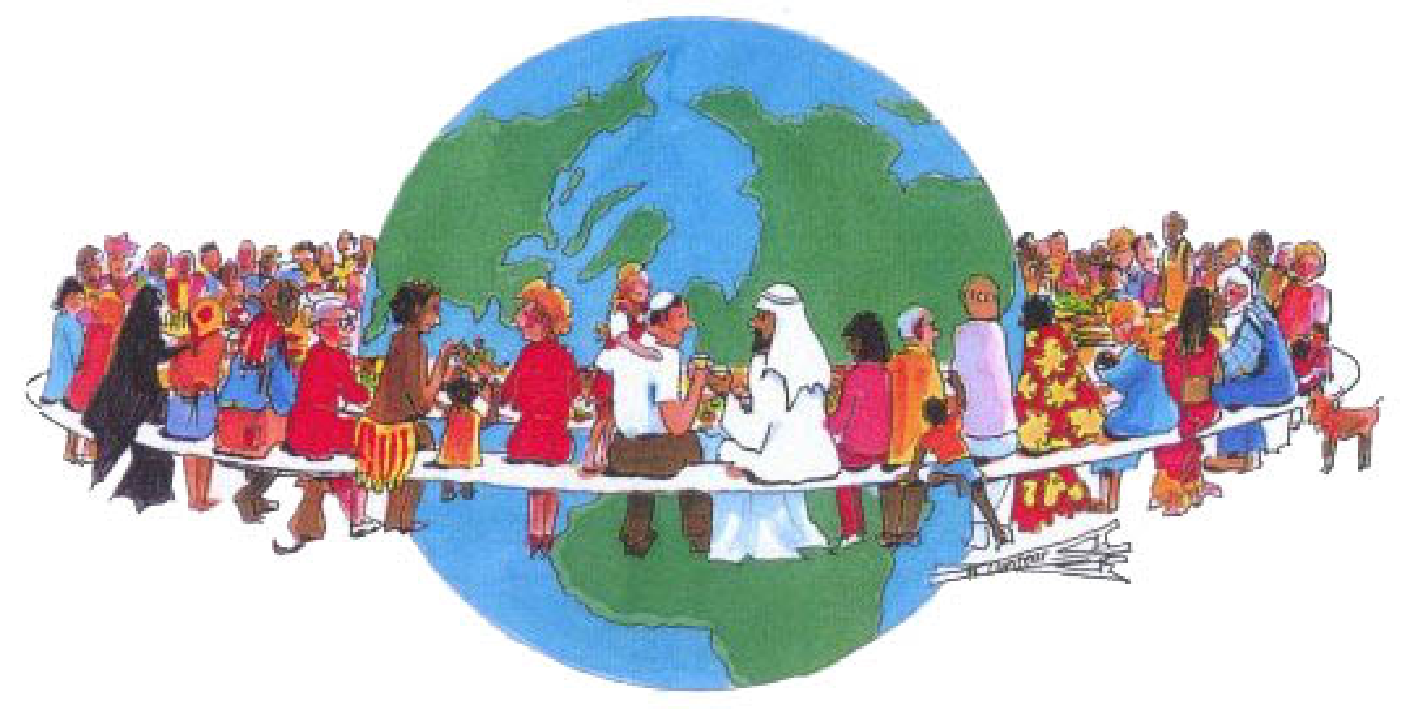 The true actors of Cultural Diplomacy are neither nations nor people, but are rather government agents and envoys displaying their state’s ‘Cultural Policy’ in international fora. It could either be multilateral or bilateral in nature and scope. It aims to foster soft power by legitimizing a country’s foreign policy in conjunction with the global cultural norm, this is achieved by exercising the transformative and constitutive power of culture to attract and target foreign audience. For instance, the French-Brazilian cooperation is quite recent and productive in the field of culture. The two countries initiated a firm and still-growing Cultural Agreement in 1985 with diverse initiatives in music, literature, theatre, art etc. There also emerged ‘the cultural seasons’: “Bresils” or “The Year of Brazil in France” in 2005 and “Franca.Br 2009” or “The Year of France in Brazil”. While these were focused on the cultural actions bonded over the years and highlighted things that constituted the characteristics of the country, these two also wanted to overthrow the stereotype that Brazil is a paradise to exotic and the sex, and the nation of football and samba. Therefore occurred a Convention under UNESCO related to diversity of cultural expressions in 2005. Both the countries started to address issues such as artistic creation, technological innovation, scientific research, ideas debate, economic dynamism. This axis was articulated with the deconstruction of hitherto perceptions and actualization of cultures of both the countries. It gave a horizon to regional diversity, socio-cultural diversity, inspired many new strategic projects, and gave a rise to tourism, learning languages of both the countries. 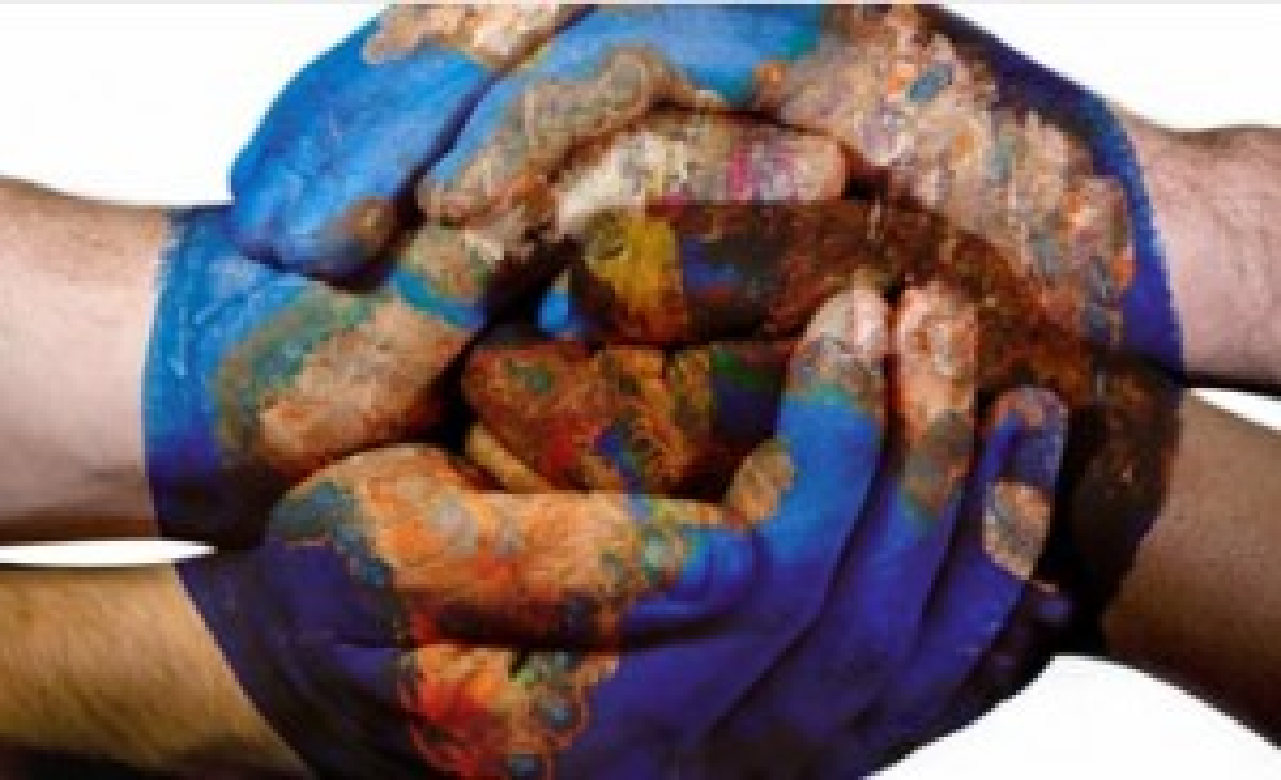 Today, more than ever, the United States of America seeks to earn respect and praise from the world, but opinion polls foretell its decline. Economically and militarily it might have sustained the hegemony but that could not suffice to win the hearts and minds. It has always faced criticism for practicing ‘unilateralism’, its invasion of Iraq, has led to eroding of its moral authority in the eyes of the world. But can USA reinvent its image? How best to allay the false assumptions that United States is a pilaster and indifferent to other cultures? Cultural Diplomacy with its conglomerations could provide a critical or may be the culminating tool to communicate the intangibles that make America great: individual carte blanche; justice and opportunity for all; diversity and tolerance. As embarked in the early cold war era, the world saw the American efforts at cultural diplomacy, where their policy makers understood that the cultural engagements with foreign audience can get them victory over enemy ideologies, which started to influence audience throughout the world. The famous literature works by Whitman, Mark Twain, and Stowe etc. gave the world a taste of how creative an expression of poetry or literature could be to shape the image of a nation and to communicate its values. America harnessed the weapon of culture against its enemy the Soviet Union and the ideology of communism, the US government along with other funding agencies initiated many cultural programs from gathering huge intellectuals- to promoting Congress for Cultural Freedom-to more firsthand artists’, writers’ exchange, to music programs on Radio Free Europe, which pulled Europe away from socialism and communism and got things rolling for western culture and lifestyle even among Soviet artists and citizens.

IT’S TIME TO UNLOCK THE FULL POTENTIAL OF CULTURAL DIPLOMACY

As one comprehends and dwells on it for a while, Cultural Diplomacy reveals the soul of a nation, which in turn is persuasive and grows relations naturally and organically. In the recent years, nations have made ample efforts to reinforce their image abroad by using “Country Brand” projects, which is executing an international image akin with achieving the objectives of its foreign policy. Its essence is to communicate a set of initiatives aimed at mobilizing the public opinion abroad. In the current universe of Cultural Diplomacy which is increasing in size and richness due to evolving focus on cultural development, building a positive image and trust is indispensable for a country’s international promotion as it attracts investment in economic and technological spheres. For instance, nowadays it more often targets the wider population, which includes various educational scholarships, visits of scholars, intellectuals, academics, cultural group performances, exhibitions, and support for festivals, maintaining professorships and chairs in universities abroad that lead to building of multilateral relationships and alliances. The cultural institutions operate in ways that are impossible for diplomats to adopt during times of political difficulty. It is worth observing when cultural organizations host a visit by Madame Ne Win of Myanmar, nurture a scholarly research program in North Korea, and collaborate with Syria on initiating the EU-funded website Discover Islamic Art.

The rise of the BRIC countries and other emerging powers already conceive the importance of cultural diplomacy in building their external relations and foreign policy. For India, it is ever more important as a tack to expand and maintain its new-found ascendancy on the world stage. The Indian Council for Cultural Relations is setting up offices in Paris and Washington, cities with large Indian diaspora communities, with its capture of the ‘creative imperative and widely publishing ‘India Everywhere’ laying emphasis on every single aspect of its cultural tradition. Hence we need to realize the potential of culture in international relations, if we are seeking to make the most out of cultures, we need a sound system of governance to oversee this work, also those cultural institutions that have not already done so should create strategies, share their plans through the Cultural Diplomacy working group which would assist them in better understanding of cultural sector. Structures alone will not be enough to build momentum, there should be participation of leading cultural professionals in the policy-making process and different government departments should respond appropriately to these cultural institutions regarding the need of finance, capacity-building, diplomatic and on-the-ground coordination. The government should also ensure that schools and universities have the skills and capacity to cope and educate students about this new era of global cultural connection. In conclusion, there is a need to embark on successful bilateral and multilateral cultural diplomacy initiatives which require a holistic conceptual framework for sound and desirable pragmatic implications.