NEW DELHI: A gruesome video showing a man taunting a dog and then pushing it off a roof went viral a few days ago, with social media shocked at the brutality of the incident. In the video, the man is seen laughing as he picks up the dog and chucks it off the roof, with the dog wailing in pain as it hits the ground. The camera shows the dog as it falls and hits the ground, ending with the dog lying motionless.

Watch the video only if you have a stomach made of steel, as it is one of the most disturbing things you will see in a while:

Social media was enraged, with the video being shared and reshared rapidly along with messages to bring the culprits to justice. Within hours -- the man in the video and the one filming it -- were identified as students Gautam Sudarshan and Ashish Pal -- in the final year of the MBBS programme at Kundrathur in Kancheepuram district. This quick identification is testament to the power of social media, as the visibility of the video through shares and tweets enabled those who knew the culprits to come forward and identify them.

Sally Kannan, an outreach consultant at Humane Society International, offered a reward of Rs. 100,000 to anyone who could provide information in regard to the culprits. In fact, it was Kannan who had uploaded the video of the brutal act to Facebook on Monday.

“We got information from different students who recognized the student from the video that went viral. It was because of this information that we could lead the police to the right college,” said Shravan Krishnan, an animal welfare activist (as quoted in the Deccan Chronicle) who has been instrumental in bringing the culprits to book.

An FIR was filed at a police station in Chennai. A senior police officer told NDTV, “We have filed a case under Prevention of Cruelty to Animals Act. We are getting information from the college to get in touch with the medicos' parents. We hope they would encourage them to appear before us." 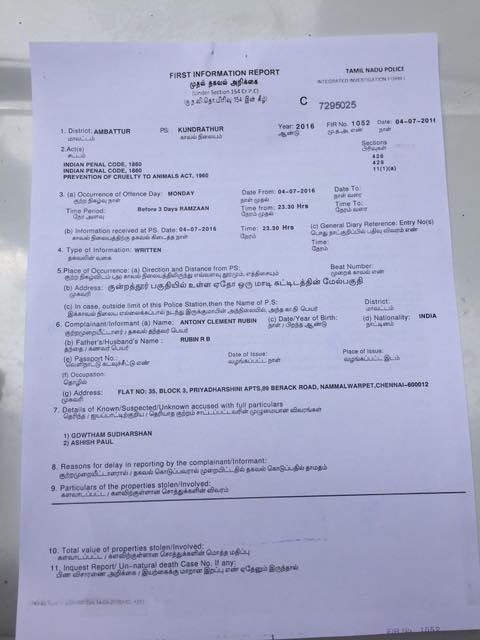 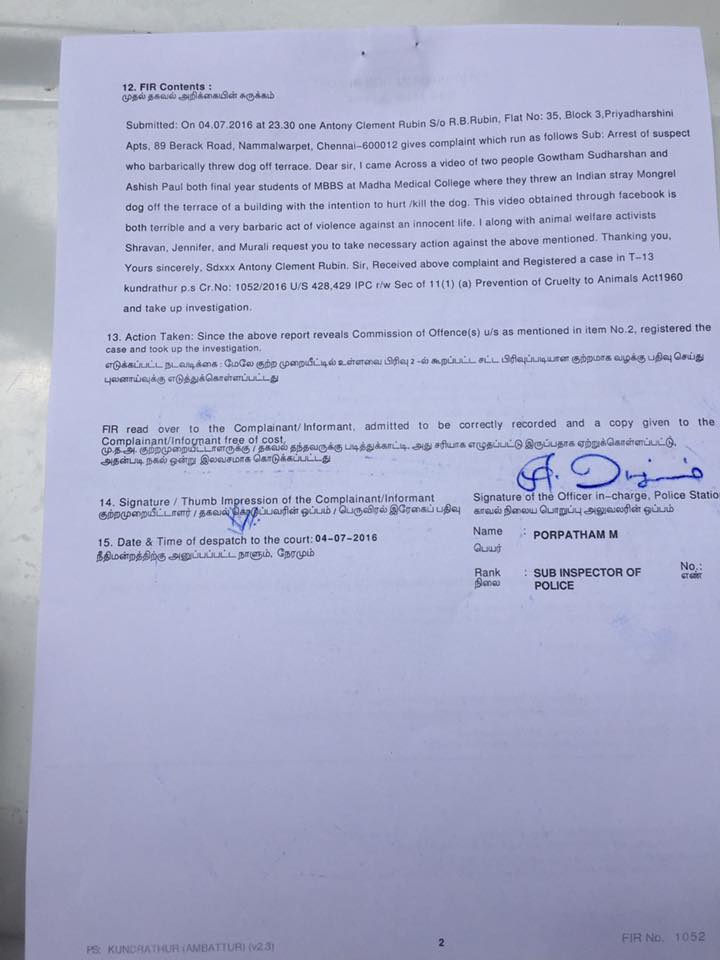 The culprits were soon on the run, but social media celebrated a small victory as police instructed that the men surrender immediately.

At the time, the dog was believed to be dead. The incident, it was discovered, took place almost two weeks ago. Nevertheless, the fact that the men did not get away entirely with the hideous crime offered a small measure of consolation, although social media remained flooded with heartbroken status updates regarding the helpless dog.

At some point late last night, the tragic story took an unexpected turn. “Good news - The dog has been found alive,” Krishnan posted to Facebook. Social media breathed a sigh of collective relief. 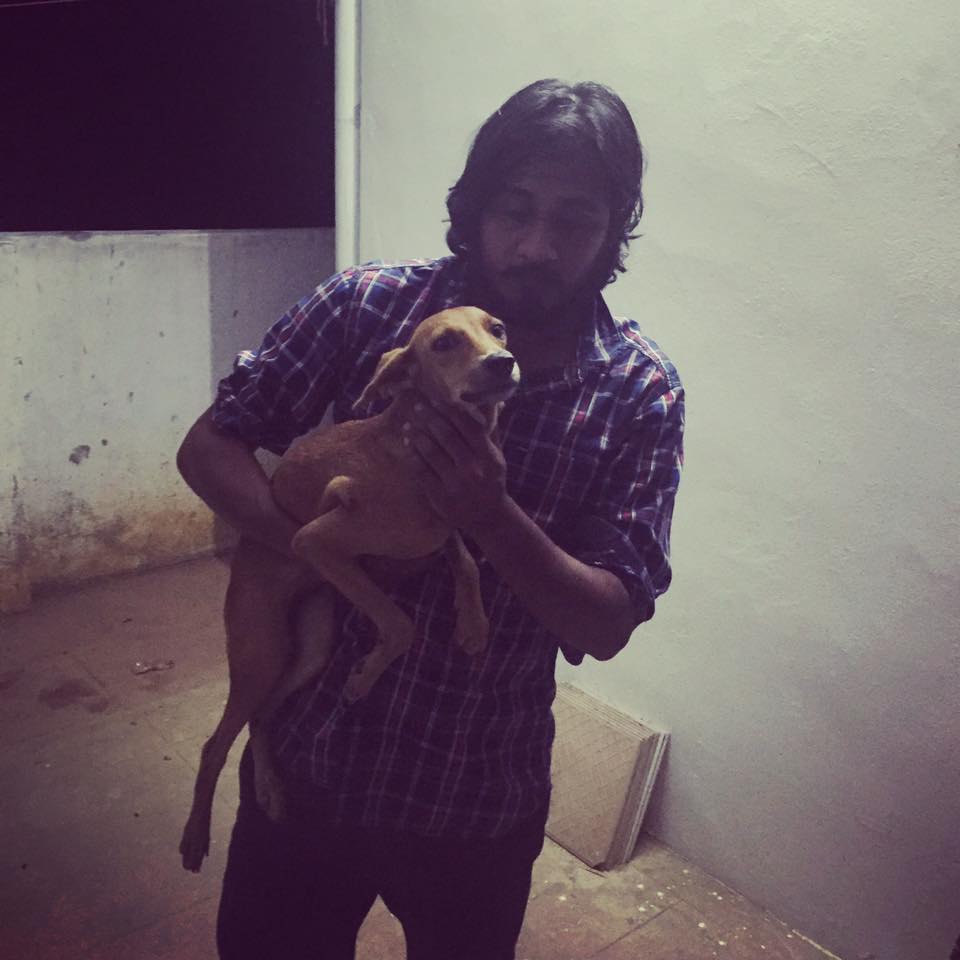 Since then, the updates from the team involved in bringing the culprits to book and finding the dog, namely Krishnan, Antony Rubin and Jennifer Jacob-Murali Anand, have posted a series of updates that have helped restore some faith in humanity. Good things do happen: 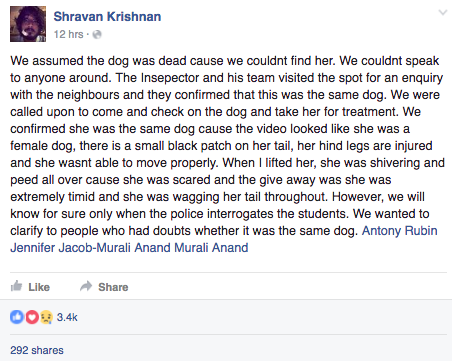 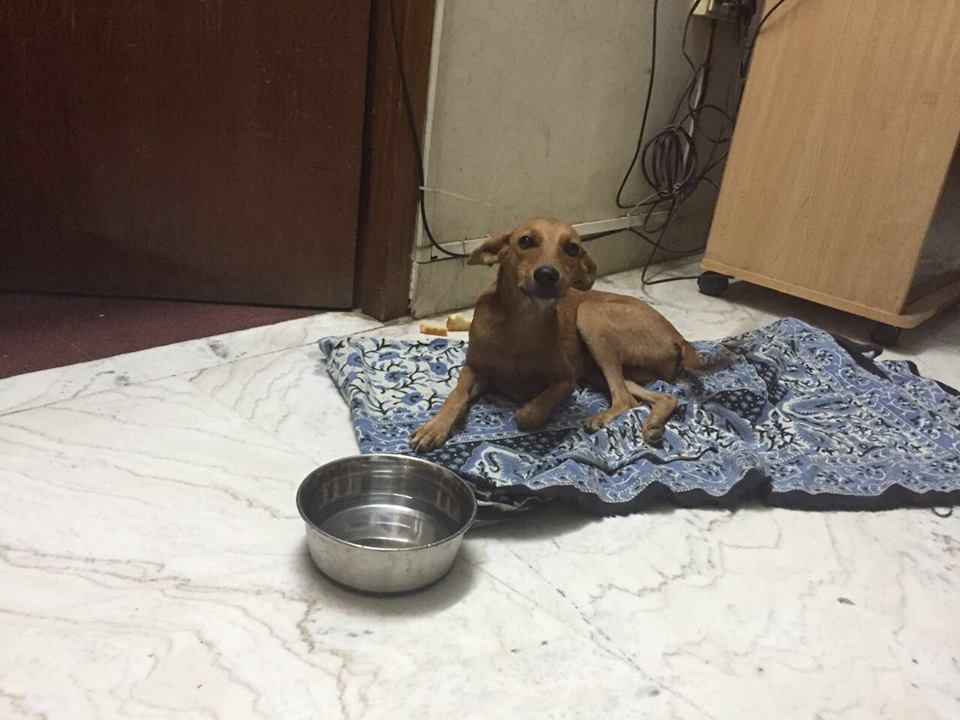 The culprits were arrested.

And the dog -- now known as Bhadra -- began her treatment. She is expected to take 4-6 weeks to recover. <3 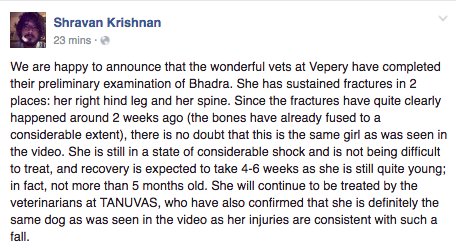 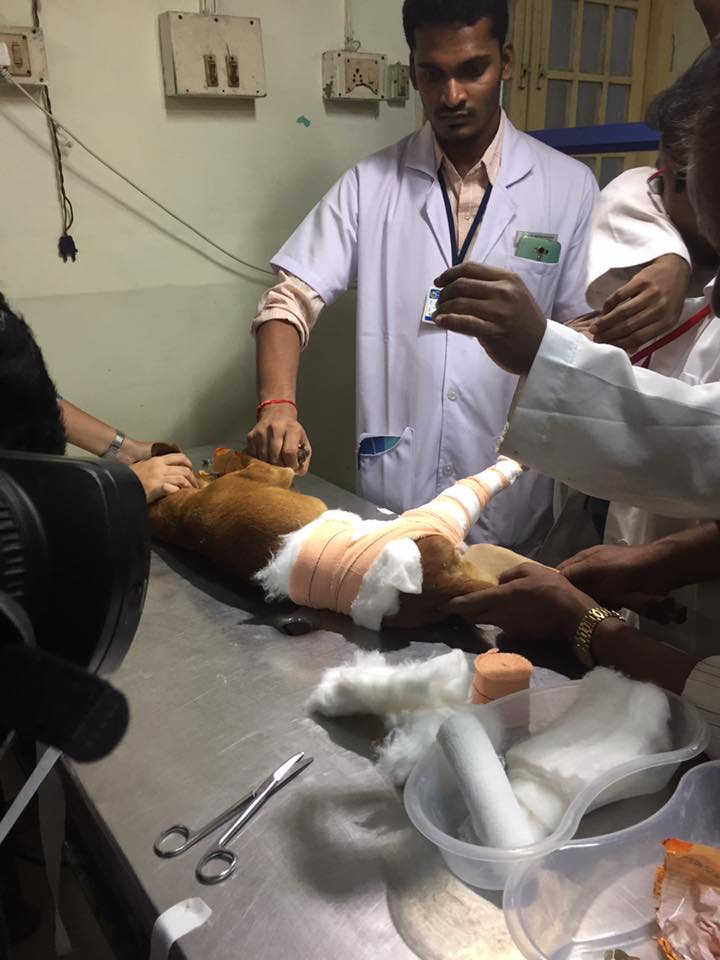