NEW DELHI: The internet is a strange and vicious place, with Twitter often flooded with hateful comments and attacks. The official handle of ‘Start Up India’ (@startupindia) became party to the worst of the internet on Tuesday, when it retweeted two extremely hateful messages.

The first such tweet read “Indian Army Should Be Freed For 1 Day To Take Care Of These Pro Pak #Presstitutes To Make These #ProPakDovesSilent For Eternity. RT If Agree”

As indicated by a retweet that has since been deleted, Start Up India seemed to agree with the hateful and violent message.

Another such tweet read “Rakhi Sawant is more useful to this nation than Meera Sood. RT if you agree.”

Again, Start Up India was quick to retweet its affirmation.

Meera Sood is a Columbia University law graduate who was on the panel of a Times Now debate on the Kashmir unrest -- the same debate that led to the hashtag #ProPakDovesSilent that was used in the first tweet.

The endorsement by Start Up India was pointed out by journalist Rohini Singh on Twitter. 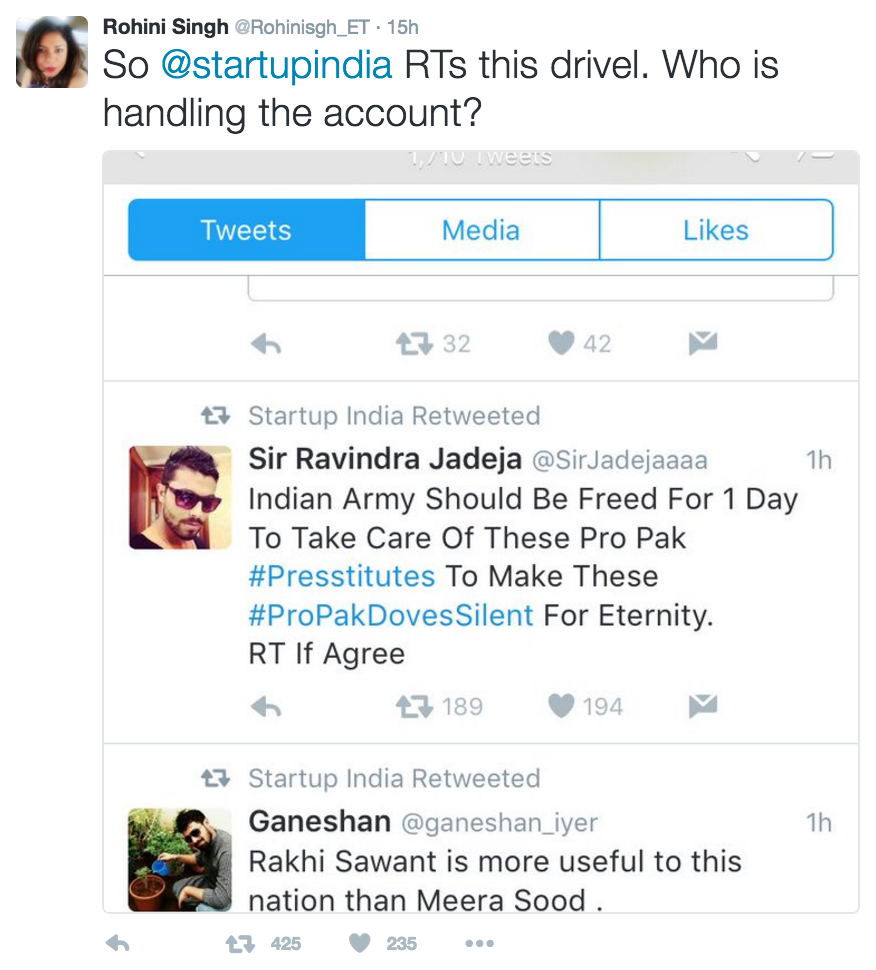 Others, too, picked up on the retweets.

Start Up India then issued a clarification, and deleted the retweets.