"I Had To Learn As A Young Woman To Control My Emotions": Hillary Clinton

NEW DELHI: Democrat Presidential candidate Hillary Clinton has repeatedly been accused of being cold, unapproachable and not very likable. Take the time at the Democratic National Convention when she was criticised for not smiling enough. The charge led to a heated conversation on social media, with critics asking Clinton to “smile more” and in turn, being slammed by those who pointed out that it doesn’t matter whether she smiles or not -- the content of her speech was the key point.

Clinton has addressed exactly this -- the interplay between everyday sexism and her seemingly closed off persona -- in a feature for Humans Of New York. 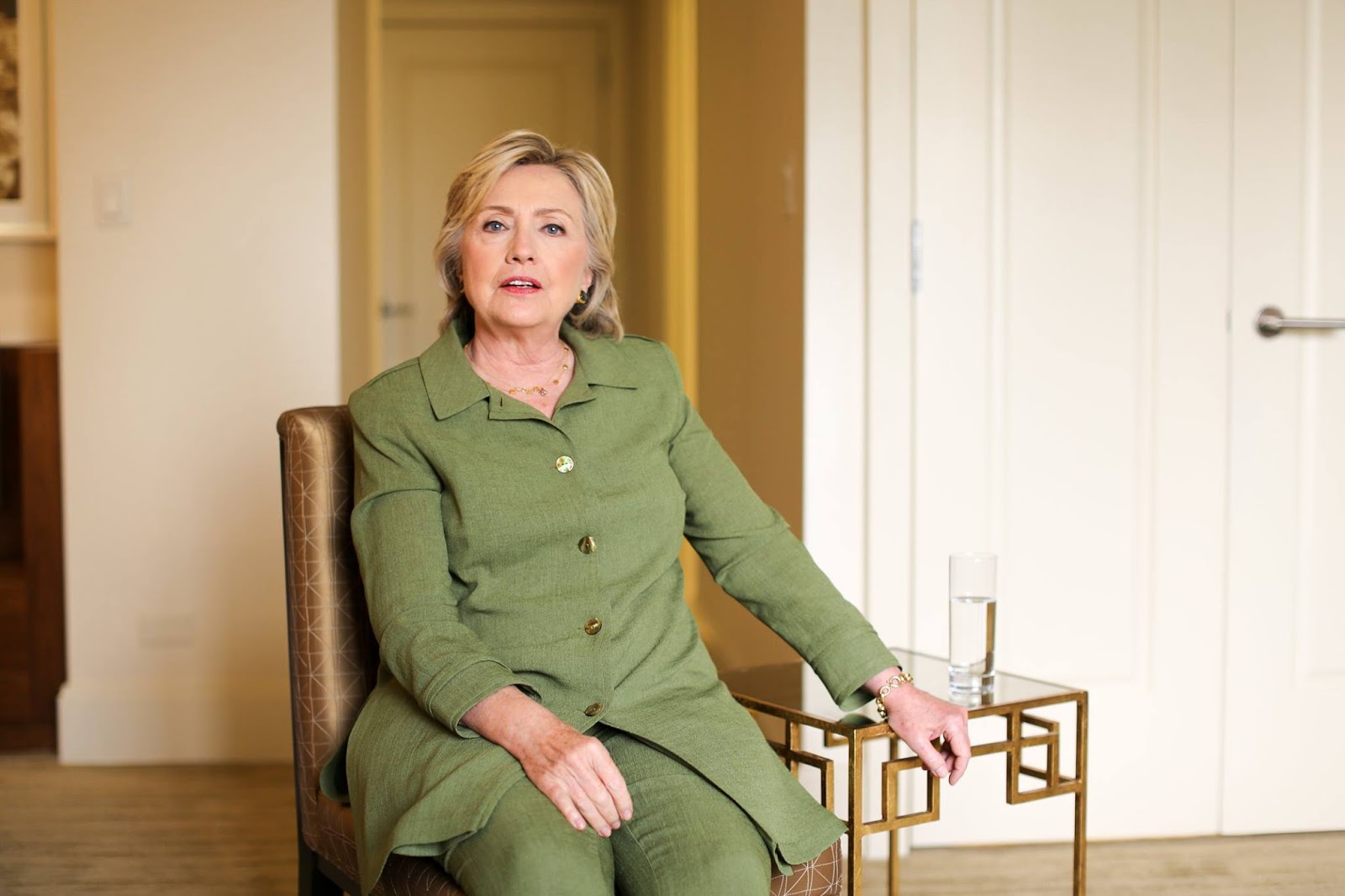 She says: “I was taking a law school admissions test in a big classroom at Harvard. My friend and I were some of the only women in the room. I was feeling nervous. I was a senior in college. I wasn’t sure how well I’d do. And while we’re waiting for the exam to start, a group of men began to yell things like: ‘You don’t need to be here.’ And ‘There’s plenty else you can do.’ It turned into a real ‘pile on.’ One of them even said: ‘If you take my spot, I’ll get drafted, and I’ll go to Vietnam, and I'll die.’ And they weren’t kidding around. It was intense. It got very personal. But I couldn’t respond. I couldn’t afford to get distracted because I didn’t want to mess up the test. So I just kept looking down, hoping that the proctor would walk in the room. I know that I can be perceived as aloof or cold or unemotional. But I had to learn as a young woman to control my emotions. And that’s a hard path to walk. Because you need to protect yourself, you need to keep steady, but at the same time you don’t want to seem ‘walled off.’ And sometimes I think I come across more in the ‘walled off’ arena. And if I create that perception, then I take responsibility. I don’t view myself as cold or unemotional. And neither do my friends. And neither does my family. But if that sometimes is the perception I create, then I can’t blame people for thinking that.” 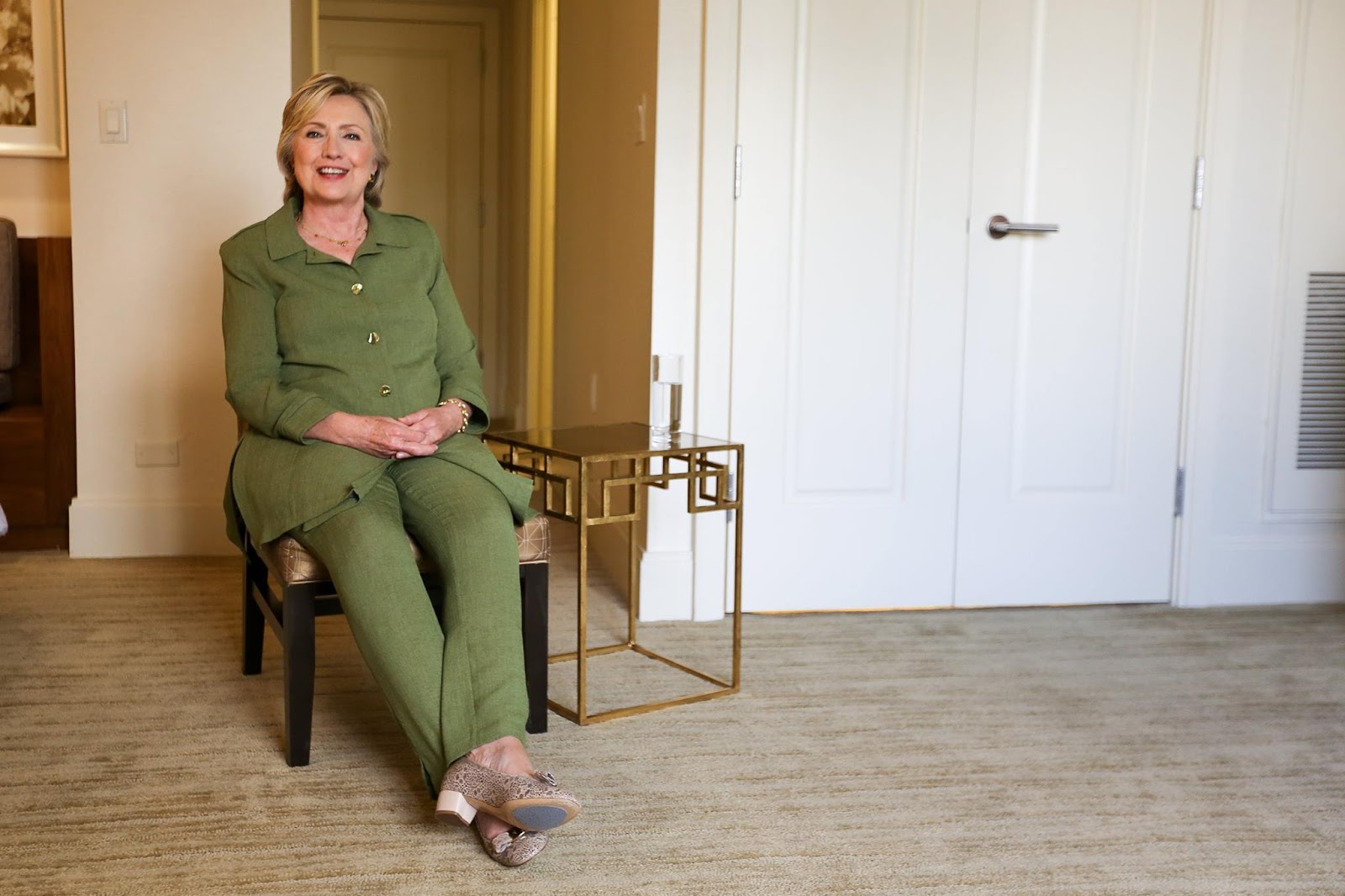 Clinton continues: “I’m not Barack Obama. I’m not Bill Clinton. Both of them carry themselves with a naturalness that is very appealing to audiences. But I’m married to one and I’ve worked for the other, so I know how hard they work at being natural. It’s not something they just dial in. They work and they practice what they’re going to say. It's not that they're trying to be somebody else. But it's hard work to present yourself in the best possible way. You have to communicate in a way that people say: ‘OK, I get her.’ And that can be more difficult for a woman. Because who are your models? If you want to run for the Senate, or run for the Presidency, most of your role models are going to be men. And what works for them won’t work for you. Women are seen through a different lens. It’s not bad. It’s just a fact. It’s really quite funny. I’ll go to these events and there will be men speaking before me, and they’ll be pounding the message, and screaming about how we need to win the election. And people will love it. And I want to do the same thing. Because I care about this stuff. But I’ve learned that I can’t be quite so passionate in my presentation. I love to wave my arms, but apparently that’s a little bit scary to people. And I can’t yell too much. It comes across as ‘too loud’ or ‘too shrill’ or ‘too this’ or ‘too that.’ Which is funny, because I’m always convinced that the people in the front row are loving it.”

The comments on the Facebook posts largely agree with Clinton’s frank admission. “Women all over the world know this as fact, all too much. Be quiet, but not too quiet. Be smart, but not too smart... it goes on and on,” writes Michelle Jenkins.

“Watching the address last night I found myself taken back by her tone. About 10 minutes in I realized I was conditioned to feel that way. If a man had the same tone I would have thought nothing of it. We need to do better. Women do not have to smile and speak softly,” wrote Brittany Fletcher.

“Women have EVERY right to pursue ANY profession they choose. As to perceptions...well....many of us can't change them,” commented Lionel Sayku Kennedy.