NEW DELHI: A six year old American boy has found himself on the pages of every major newspaper, after a letter that he wrote to United States President Barack Obama went viral.

Alex, from New York, wrote the letter after seeing the photograph of Syrian boy Omran Daqneesh who was injured in an airstrike, prompting outrage around the world.

The letter had such an impact, that Obama read it out at the United Nations summit on the refugee crisis this week, before the White House recorded Alex reading them himself. “We should all be more like Alex,” Obama said.

A copy of the letter is reproduced below: 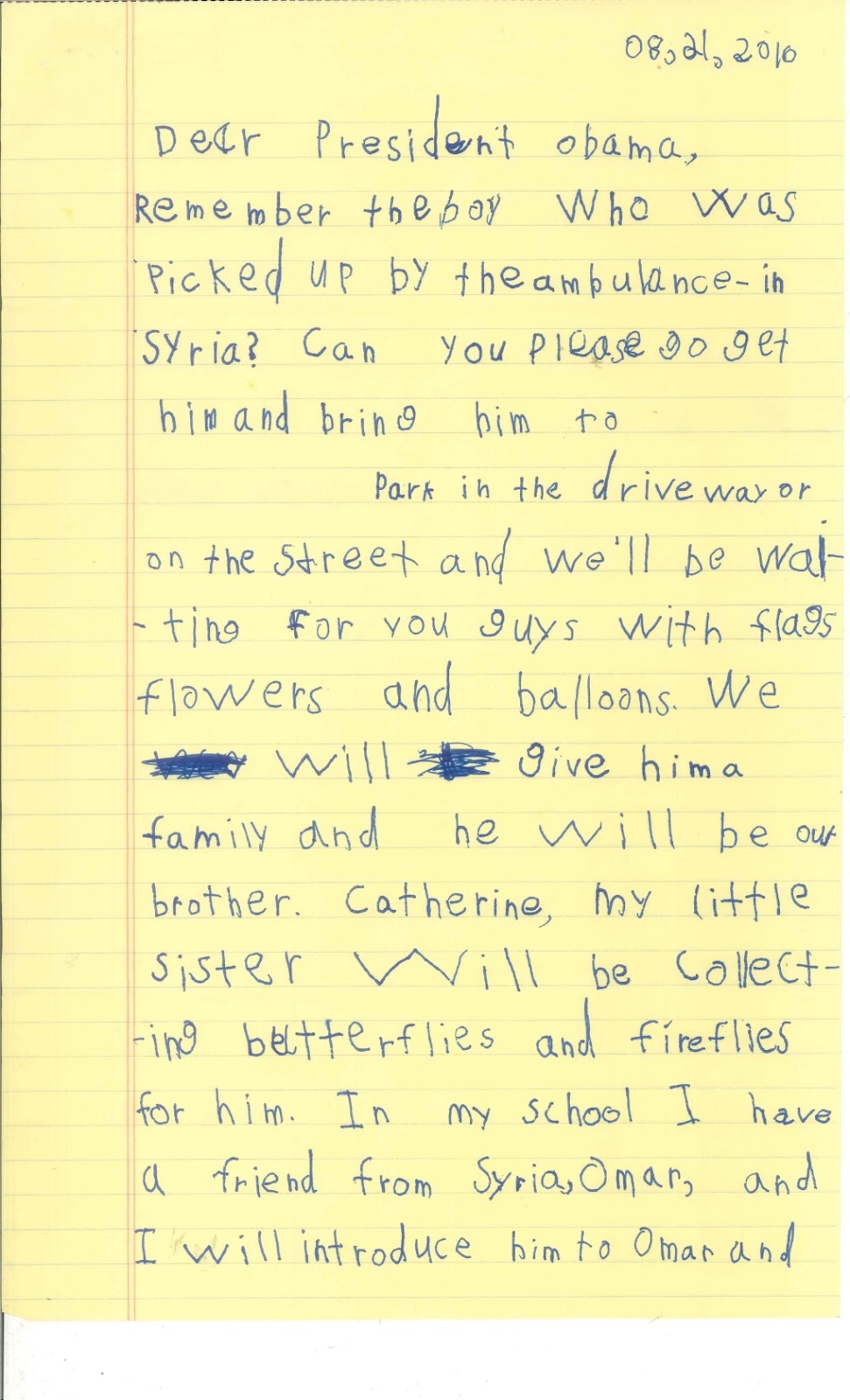 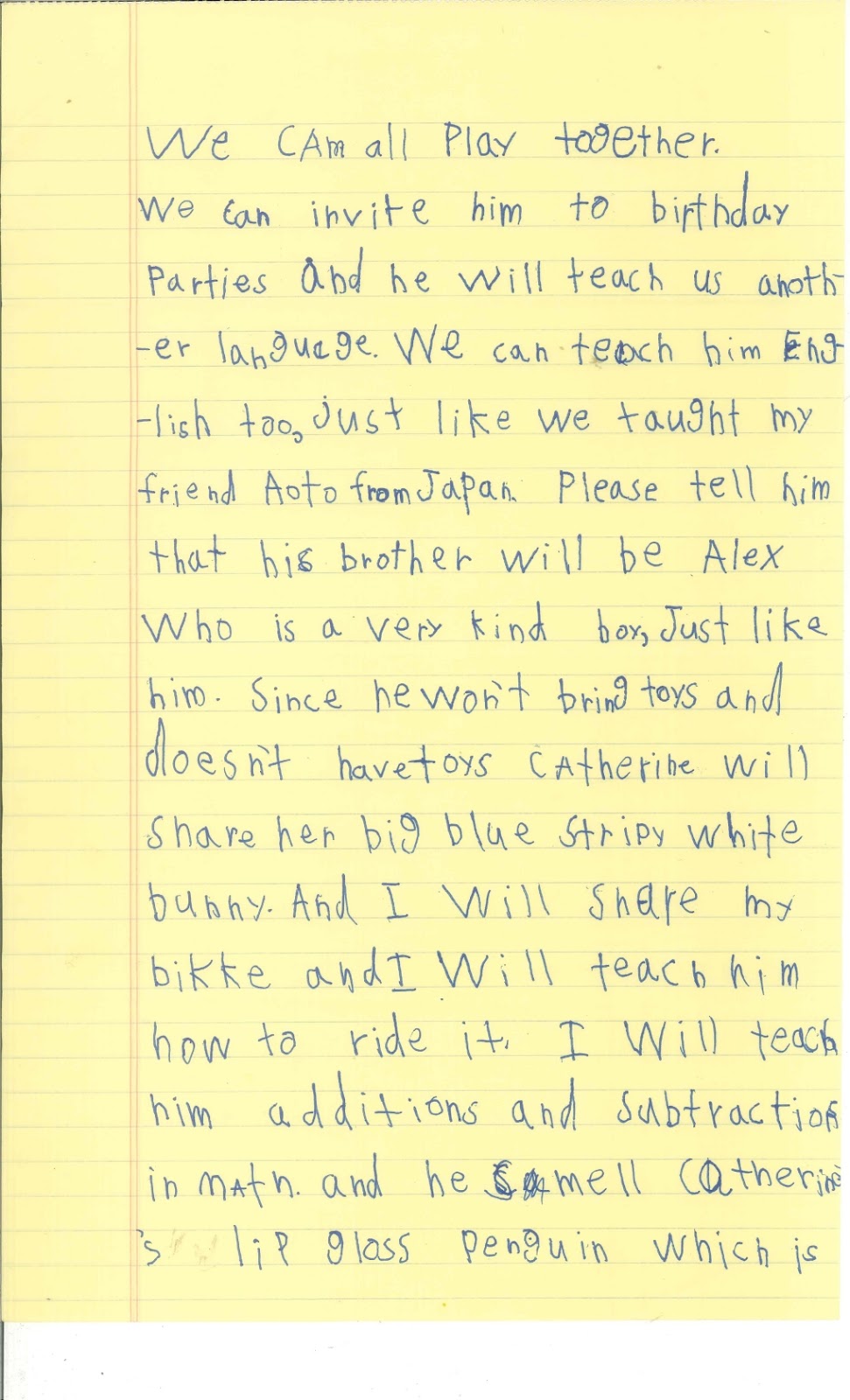 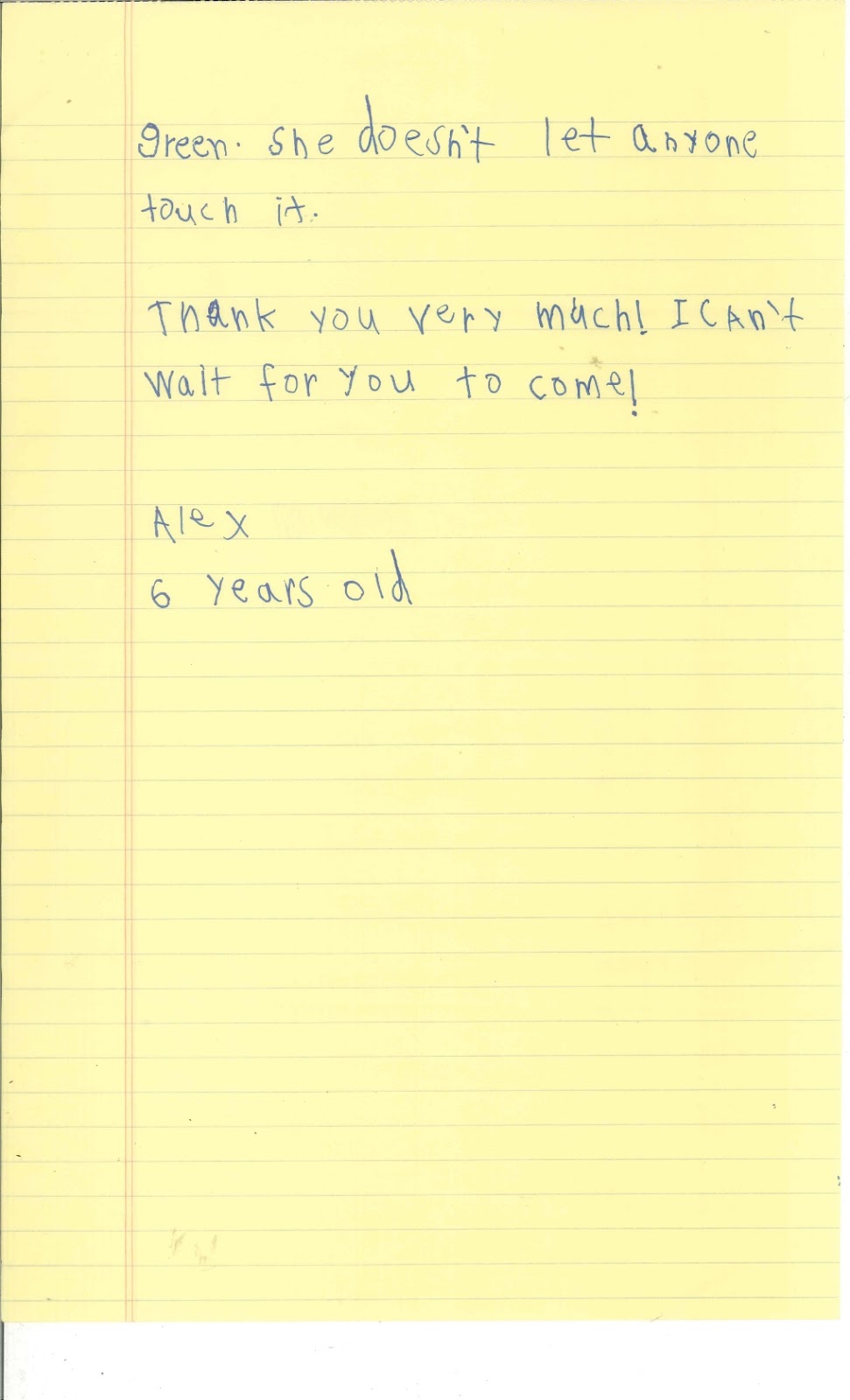 Remember the boy who was picked up by the ambulance in Syria? Can you please go get him and bring him to [my home]? Park in the driveway or on the street and we will be waiting for you guys with flags, flowers, and balloons. We will give him a family and he will be our brother. Catherine, my little sister, will be collecting butterflies and fireflies for him. In my school, I have a friend from Syria, Omar, and I will introduce him to Omar. We can all play together. We can invite him to birthday parties and he will teach us another language. We can teach him English too, just like my friend Aoto from Japan.

Please tell him that his brother will be Alex who is a very kind boy, just like him. Since he won't bring toys and doesn't have toys Catherine will share her big blue stripy white bunny. And I will share my bike and I will teach him how to ride it. I will teach him additions and subtractions in math. And he [can] smell Catherine's lip gloss penguin which is green. She doesn't let anyone touch it.

Thank you very much! I can't wait for you to come!

President Obama quoted Alex’s words and added, "We should all be more like Alex… Imagine what the world would look like if we were. Imagine the suffering we could ease and the lives we could save."