“Twinkle, Twinkle little star
How I wonder what you are
Up above the world so high
Like a diamond in the sky!”

By the time six year old Shivam will be taught this famous rhyme, he will be a few months older. He will have swallowed those several months’ worth of pills to suppress the killer within him. And this killer within him, will have toyed a bit more with the hopes of his mother. This is because Shivam’s tiny body isn’t responding to antiretroviral drugs as well as other children, including his younger brother Satyam’s. 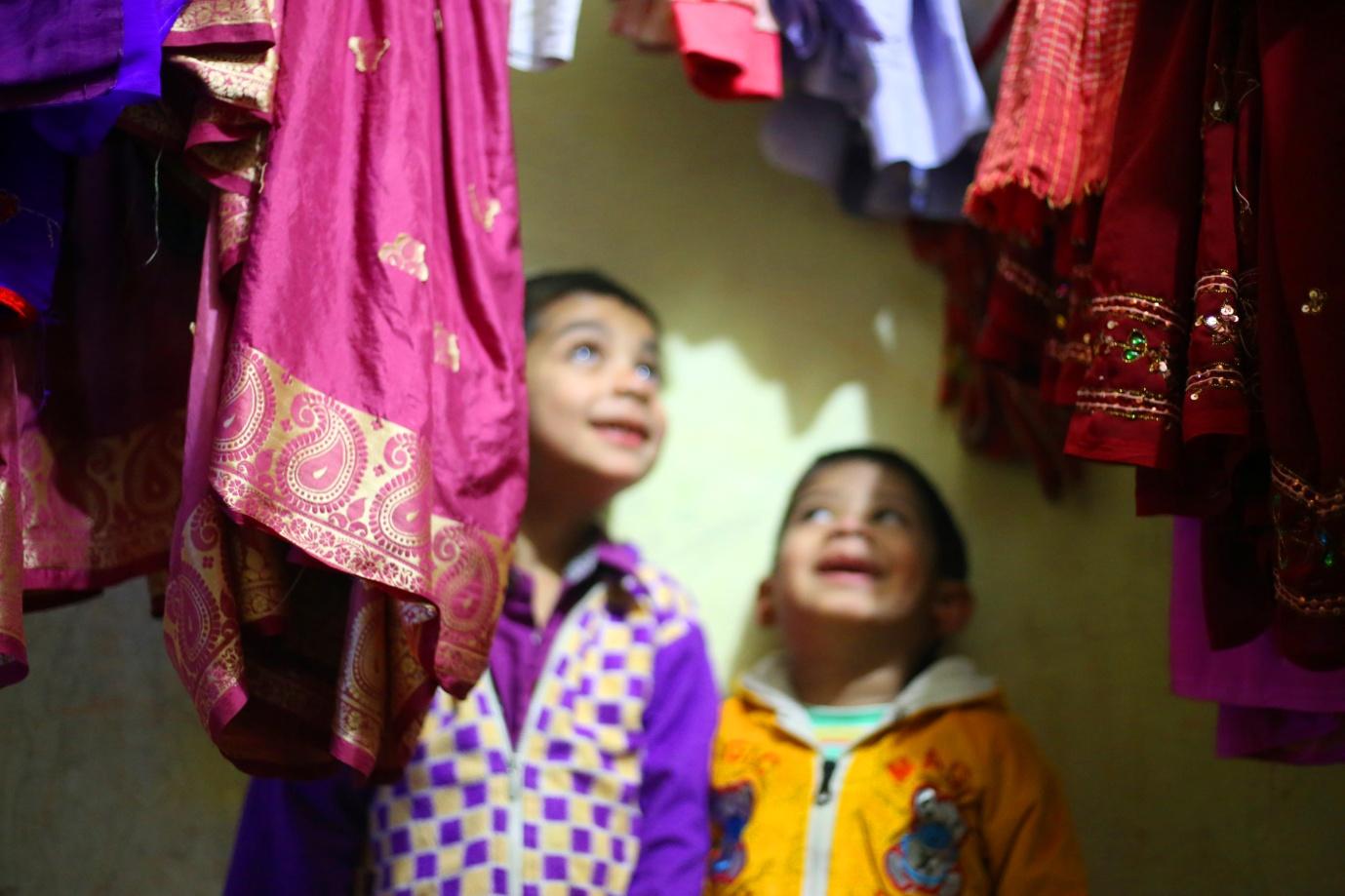 One has to believe in this family of four, all living with HIV, if one has to believe in misfortunes. Shivam and Satyam, aged 6 and 4 respectively, were born with HIV. Even at the time of Satyam’s birth, in 2012, neither of his parents were aware of their HIV status. It was only in 2014 when Hare Ram, the father, had to go for an HIV test due to his sustained ailment. And his positive status forced his wife and his two toddlers to immediately undergo the test which came out positive. The first thing the doctors at AIIMS told Hare Ram was to suspend completely breastfeeding Satyam. The whole family is on ART at AIIMS since 2014.

The boys live with their parents inside the one bustling south Delhi village. The single room with an unsound kitchen requires a bulb for lighting even at noon. Hare Ram, the young father, works as a cosmetic vendor in the local market. The mother is a typical housewife. The lower middle class family belongs to Madhubani in Bihar and somehow manages to afford this accommodation that costs them 4000 rupees a month. 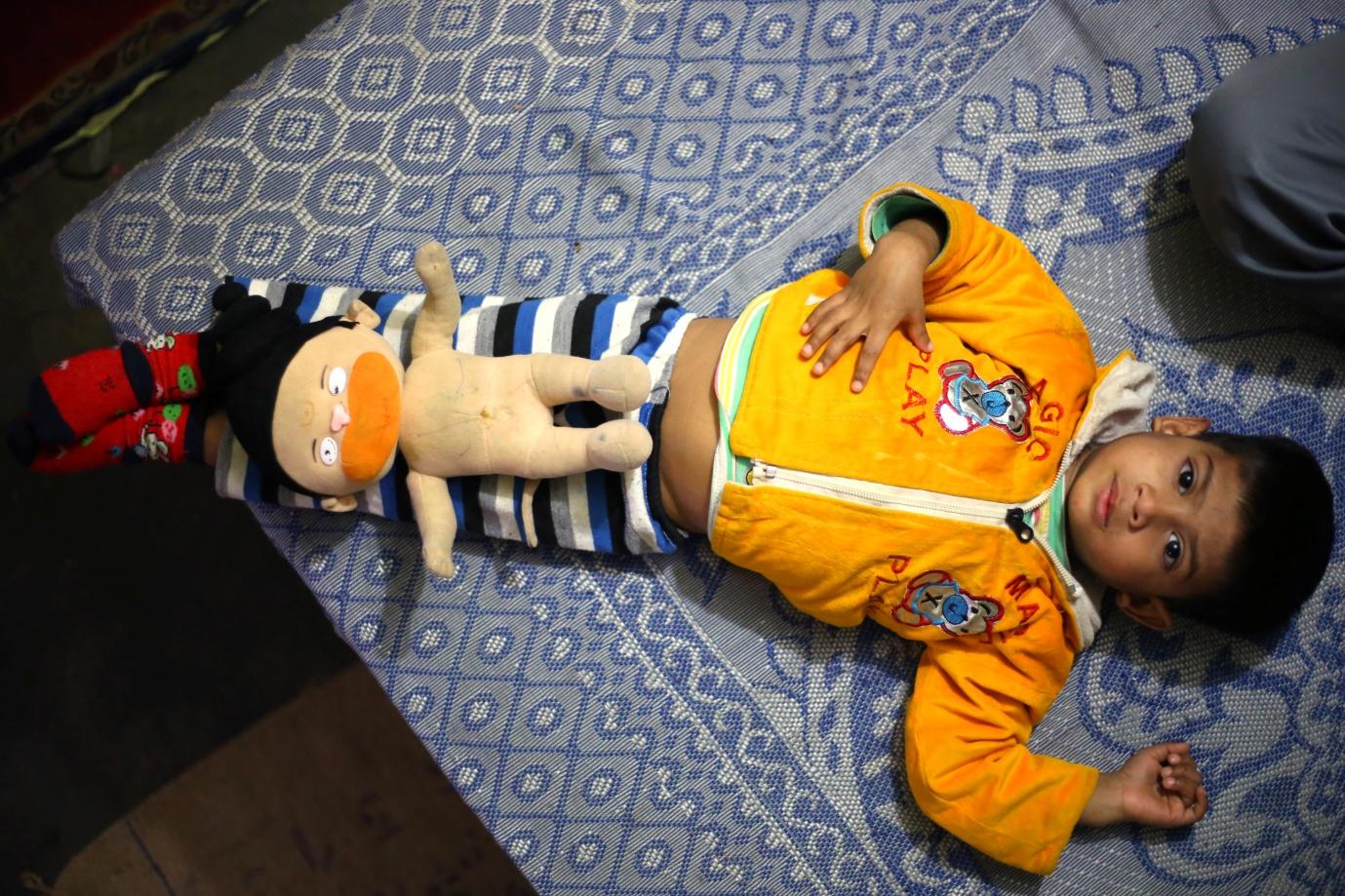 Satyam is said to be more mischievous than his elder brother but once the two get into action they both create a lot of sound. Like any normal child eating, playing, watching cartoons and sleeping forms his everyday life. The only exception is the four pills that Satyam has to take twice a day, everyday without fail. Satyam’s last CD4 count records 844 which is very promising for a much longer life. There seems to be some issues with his right leg that bends a little, like an ark, as he walks with a slight limp. But his father denies any such problem.

The number of CD4 cell (a type of white blood cell that controls and directs the immune response of the human body to an infection) in a healthy human body would range between 600 and 1200 cells in per cubic millimetre of blood. And though this number of cells keeps constantly changing, Shivam’s CD4 count at last three consecutive occasions have shown considerable decline. 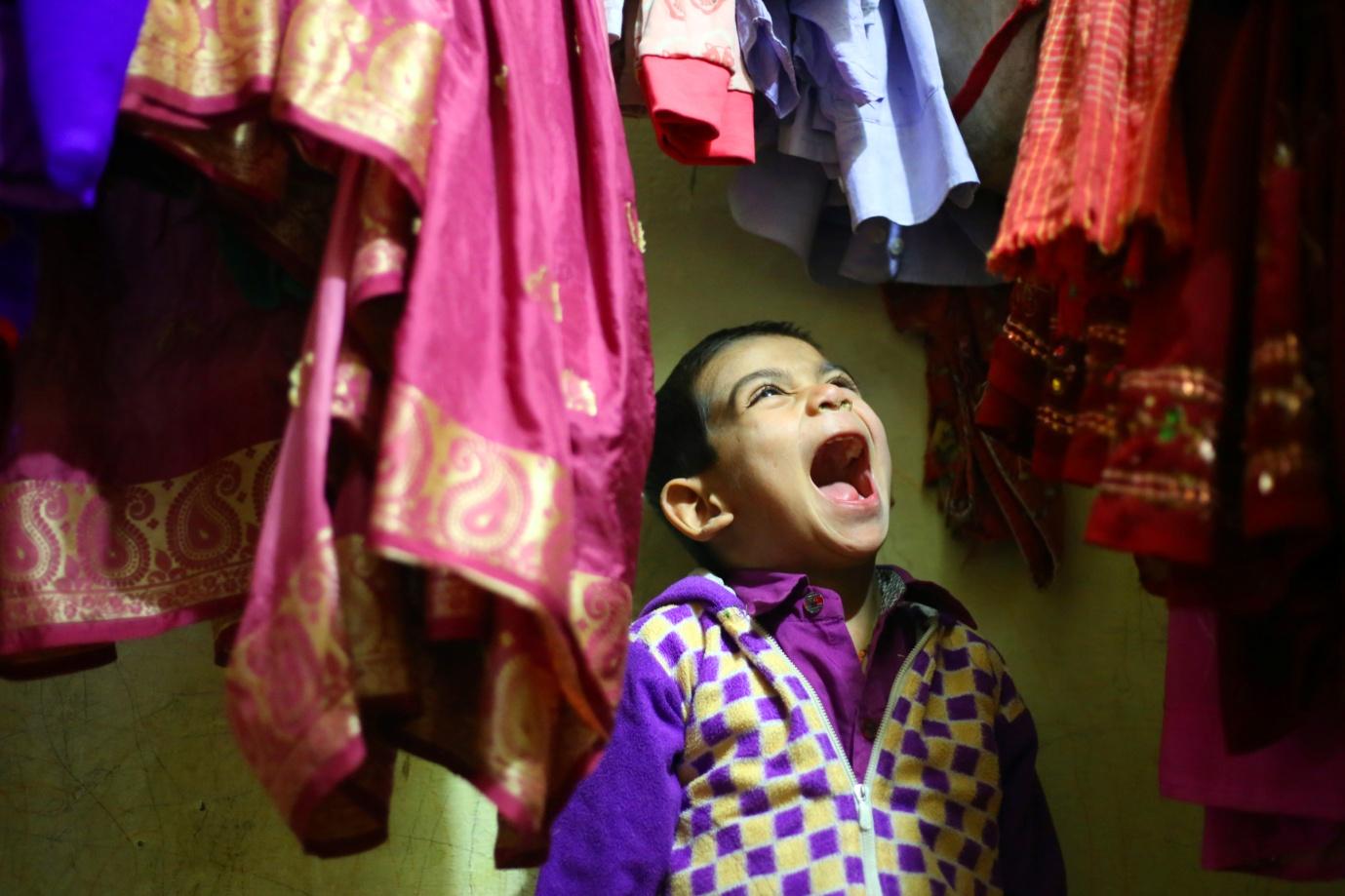 Like a normal HIV patient, he has to keep track of the total cells through regular blood tests at every six months. His last CD4 test in August 2016 shows a count of 128 cells which is obviously not very good. The more worrying fact is that Shivam’s health has always been unstable, according to his parents. Even at present he is having cold and related issues for last few days. His next CD4 test is scheduled in the upcoming month. Unlike Satyam, he has to take ten pills a day, five pills twice at every 12 hours.

Satyam is yet to experience his first day at school while Shivam goes to a nearby school run by NDMC. He has almost finished his nursery and is ready to enter the first standard. His father drops him to school everyday. No one at the school knows about his HIV status. 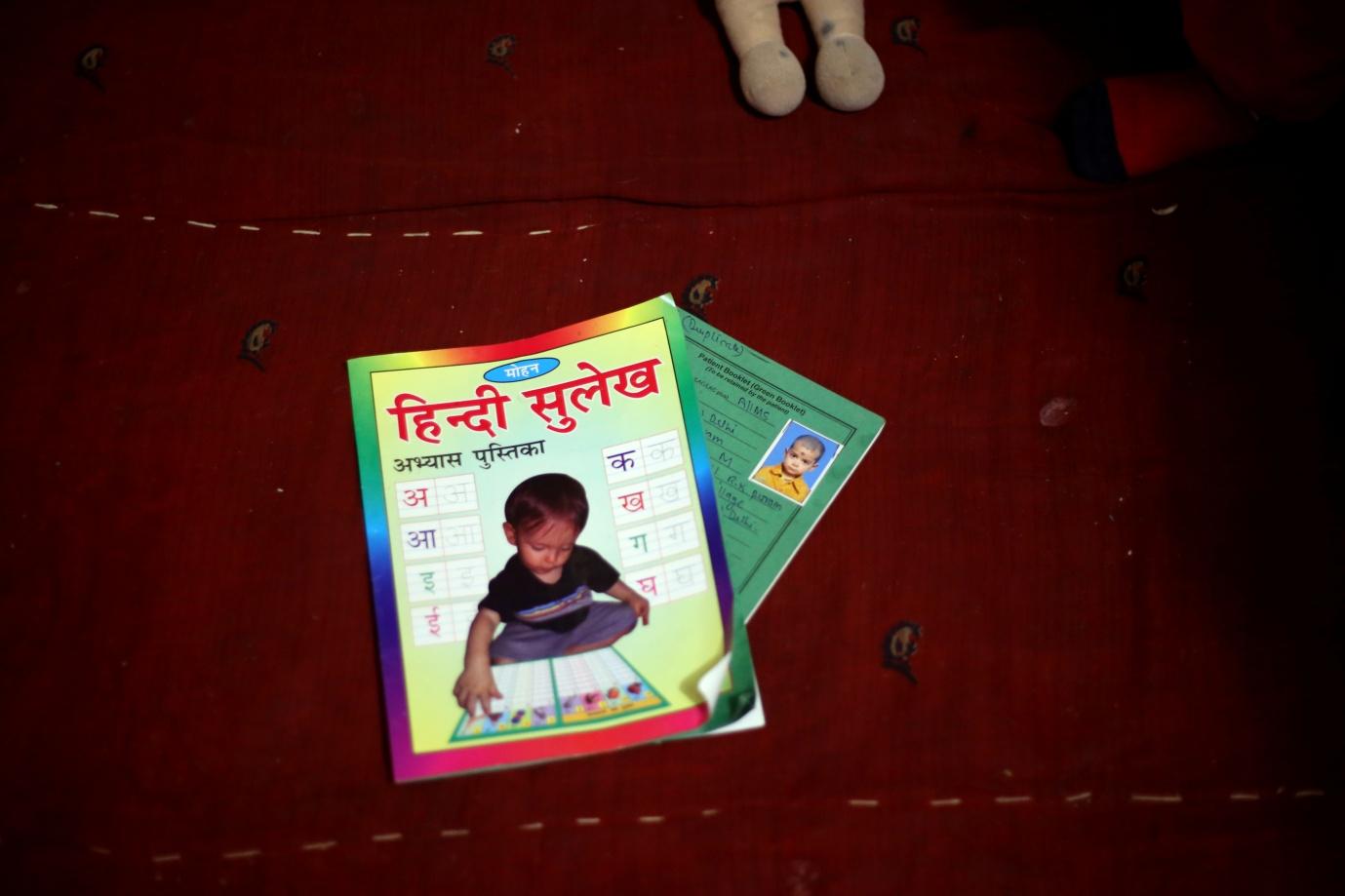 Since it’s a family disease, Shivam’s mother tries her best not to cook spicy food. She avoids use of potato and instead, tries green vegetables as much as possible in cooking. She is clueless about how she or her husband got this disease. It’s her, amongst the four, who has experienced the worst side effects of the medication. It’s very likely that she would have lost all her long, black hair to the severe impact of her drugs as even after so long, the pills make her uncomfortable, especially during summers. Her last CD4 count, that reads 427 cells, is not very promising if seen in accordance with her visible physical appearance. HIV and its medication have drained a lot of her blood and flesh. Yet her only biggest concern at present is to find a medicine that can at least make her two children ‘disease free’, if not them.

In a family where buying juice even for an ailing member is no less than a luxury, Hare Ram is trying to get a ration card for last three years so that he can claim the 1000 rupees aid that government gives to HIV patients every month. He is not very happy with Delhi Network for Positive People (DNP+), an organisation for HIV positive persons in Delhi and blames it for not paying enough attention to his application for the ration card. He is told that the registration for the same has been closed for next five years. 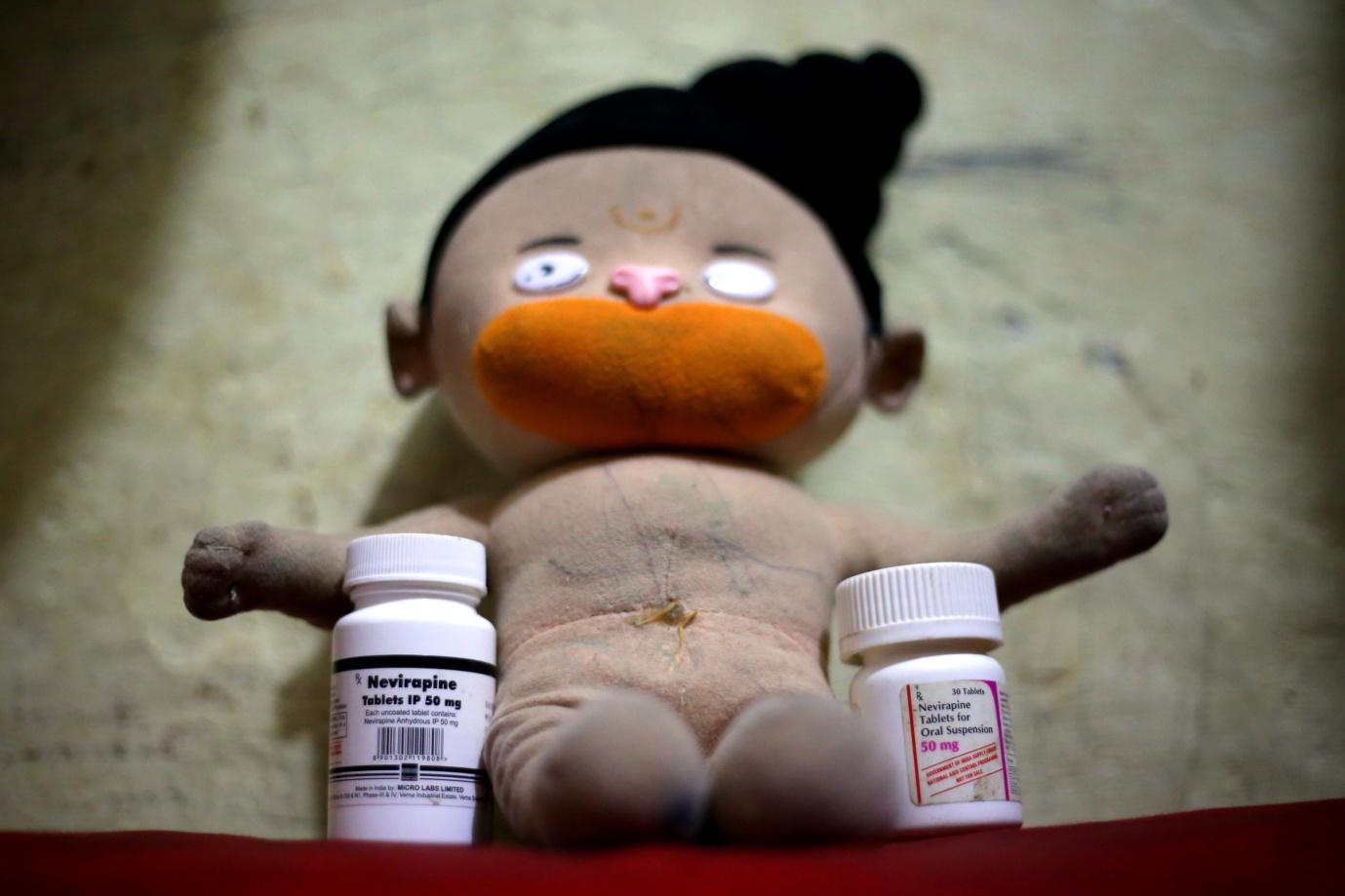 For an HIV positive individual perhaps the most relieving thing is to have someone by their side. And for a positive child like Shivam or Satyam the most difficult thing is to handle their childhood that can inherently differentiate between the tastes of pills and chocolates in no time. One can only pray to the god to bless such kids with sustained parental support, at least till they are old enough to understand the fact that the pills they have been taking are as life-saving as life-threatening.