NEW DELHI: The words “Arms Act Case” and “Blackbuck” are trending on Twitter currently, as news emerges that actor Salman Khan has been acquitted by the Jodhpur Court in a case related to the alleged poaching of two blackbucks 18 years ago.

In addition to the Wildlife (Protection) Act, cases against Khan were registered under sections 3/25 and 3/27 of the Arms Act were filed. Previously, in July last year, Khan was acquitted by the Rajasthan High Court in two cases of poaching of Chinkara (with the HC overturning a lower court judgement that found the actor guilty). A third case against Khan for poaching two blackbucks is still under trial.

Separately, Khan was also acquitted in 2015 of all charges in a 2002 hit and run case by the Bombay High Court. The prosecution had not established its case against the actor beyond a reasonable doubt as is required under criminal law, the Bombay high court concluded at the time.

Given his legal troubles in connection with very serious offences and the recent wave of acquittals, Twitter -- unsurprisingly -- had a lot to say about Wednesday’s developments in reference to the Arms Act case against Khan. 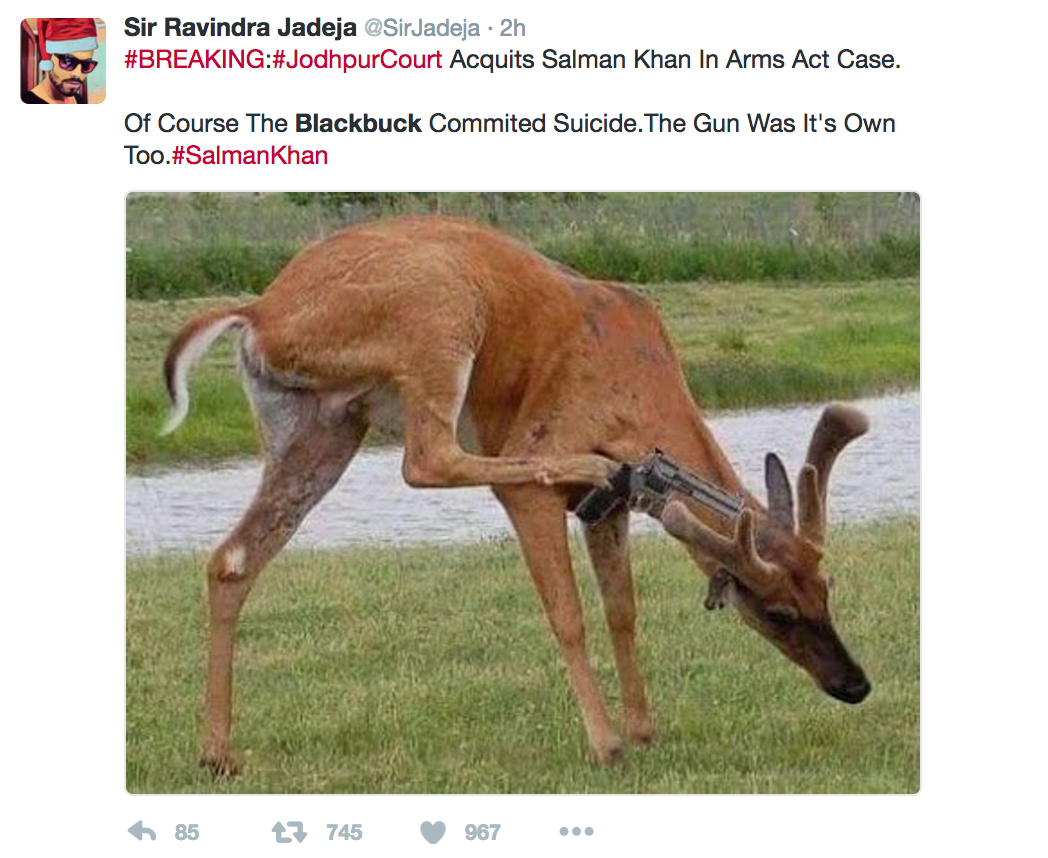 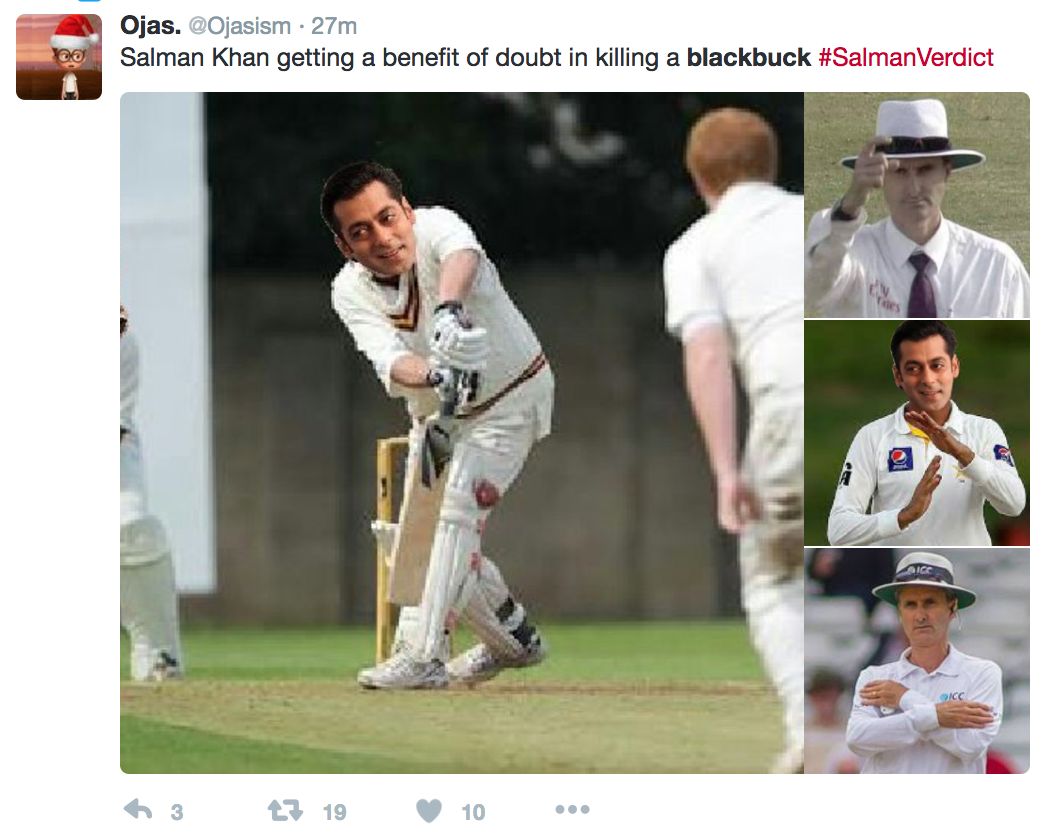 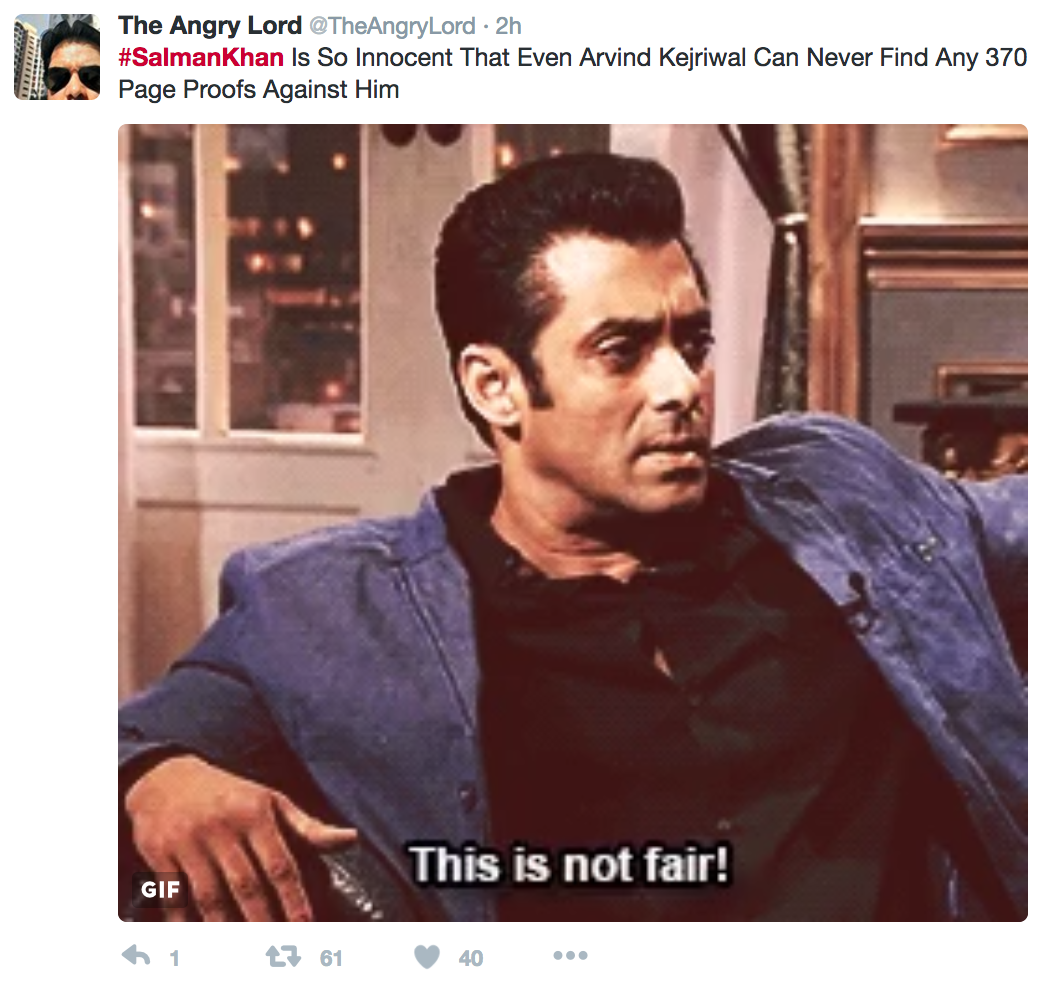