The Street Art Capital of India

NEW DELHI: The visual art discourse in India was, till about a decade ago, limited to modern contemporary art showcased in formal exhibitions. However, recently, India has seen a surge in the number of street artists across the nation. Be it universities where students are using street art as a medium of voicing their opinions or organised street art where the government is contacting organisations to beautify various parts of the city. However, there are also instances where artists have taken it to the walls without any permission from the government and the wall art has been subsequently removed by the authorities. Such work by the artists are often termed as vandalism.

Sections 425 through 440 of the IPC deals with offences against property. Graffiti, wall art would come under vandalism and despite the law forbidding these, India is witnessing a budding street art revolution. Organizations, artists, groups, festivals that showcase street art are cropping up in a number of cities. Art in India is breaking away from conventional spaces and reaching and affecting the masses. 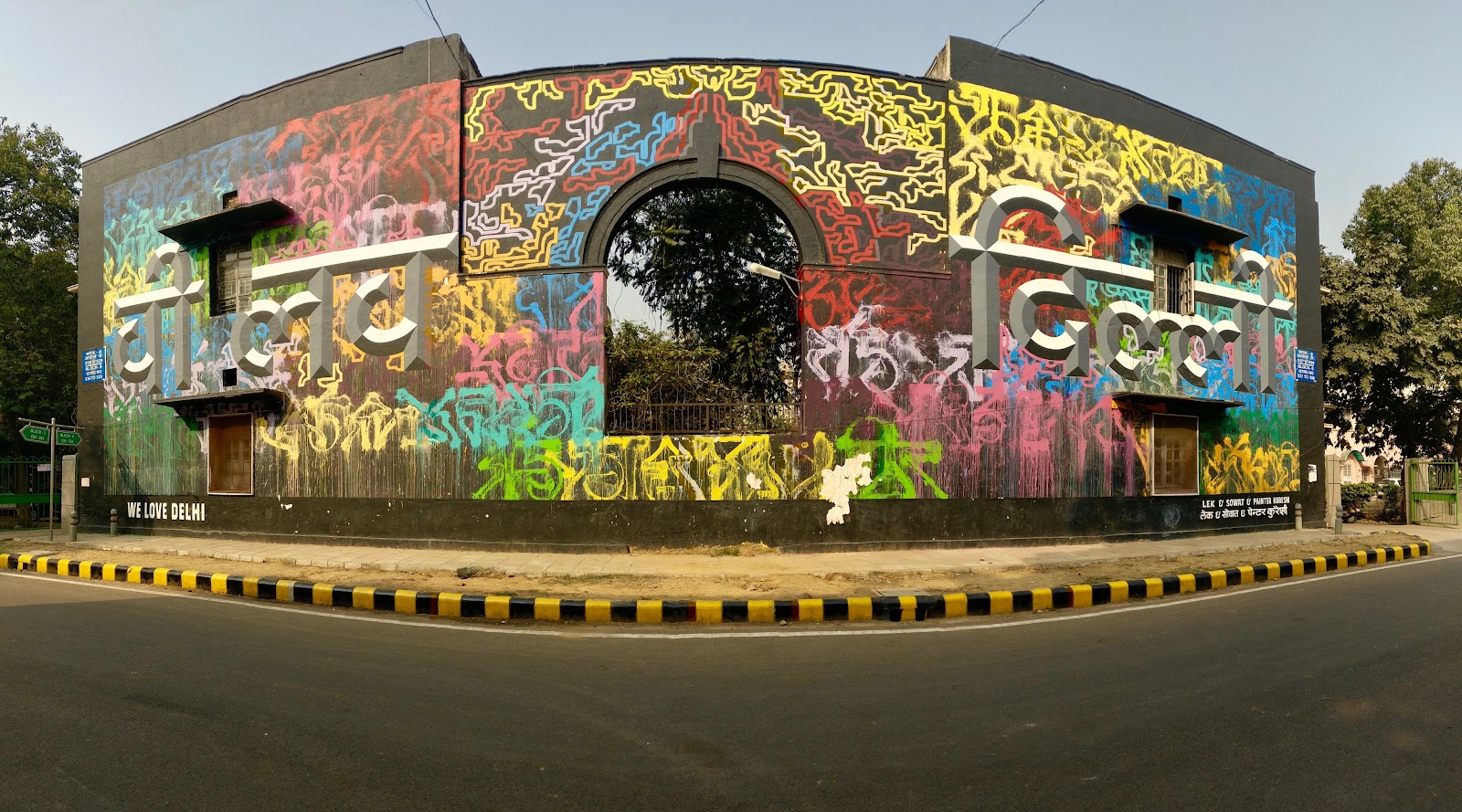 “Street art doesn’t really have a background in India,” says Akshat Nauriyal of St+Art India, “although, India has always had a sense of imagery in public spaces, say, rangolis, but not as a part of the global movement. Art in India hasn’t been accessible to everyone, street art makes it more democratic, it changes art from something that you can look at in the museums to something you look, see, and experience in a city.” Yellowed walls, paan-stained paths and garbage dumps regularly feature in a quintessential Indian cityscape, but some technicolor spots aren’t rare now.

Organizations like St+Art India, Delhi Street Art, have collaborated with governmental organizations and local authorities to create the most beautiful of public spaces. 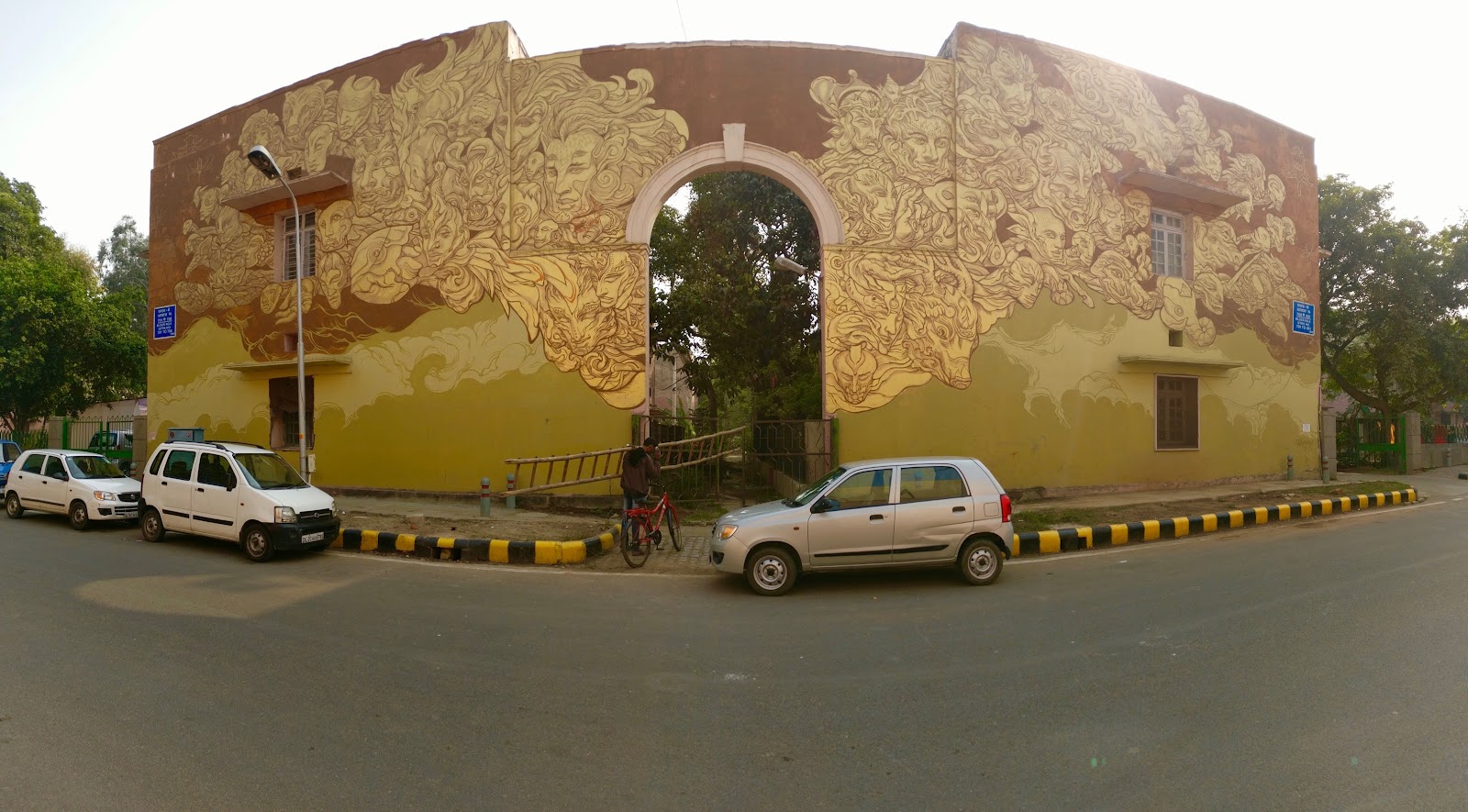 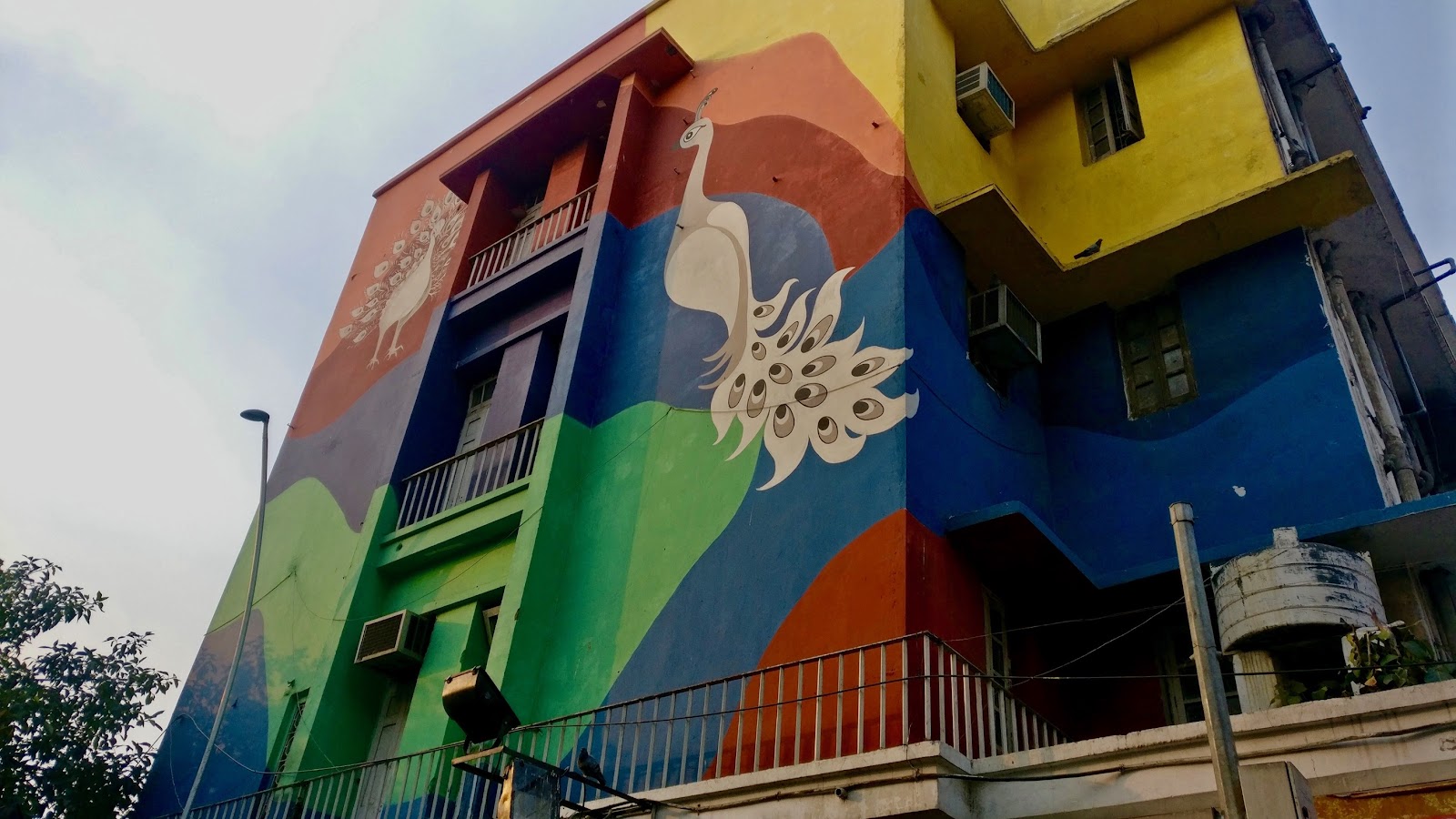 Delhi Street Art is one of the groups working on promoting Street Art in India. Founded in September 2013, they started off by adding a creative touch to garbage bins across Lodhi Gardens in New Delhi. Eventually, they managed to paint all 130 garbage bins in the district, said Yogesh Saini, founder of DSA. Shankar Market, is by far, the most noticeable street art project in and around Delhi. The New Delhi Municipal Corporation approached ‘DSA’ to ‘add some life’ to the old market since the buildings looked worn out compared to the bright and shiny Connaught Place market next door. DSA started off by adding their magic touch to four buildings and later on further painted three additional buildings. On being asked whether they have to look after the murals and regularly maintain them to which, Mr. Saini replied “Street Art doesn’t last forever and that adds to the beauty of it.”

Governmental agencies do not really interfere, say both St+art foundation and DSA. It is mostly because prior permission has been taken in most of the cases and sometimes, the work is commissioned by the government itself. “There’s this stereotype about the government that it is rigid and close-minded in matters like these. The government has been extremely supportive, but you also have to keep them updated at every step and be ready to compromise if the need arises,” says Nauriyal of St+Art foundation. 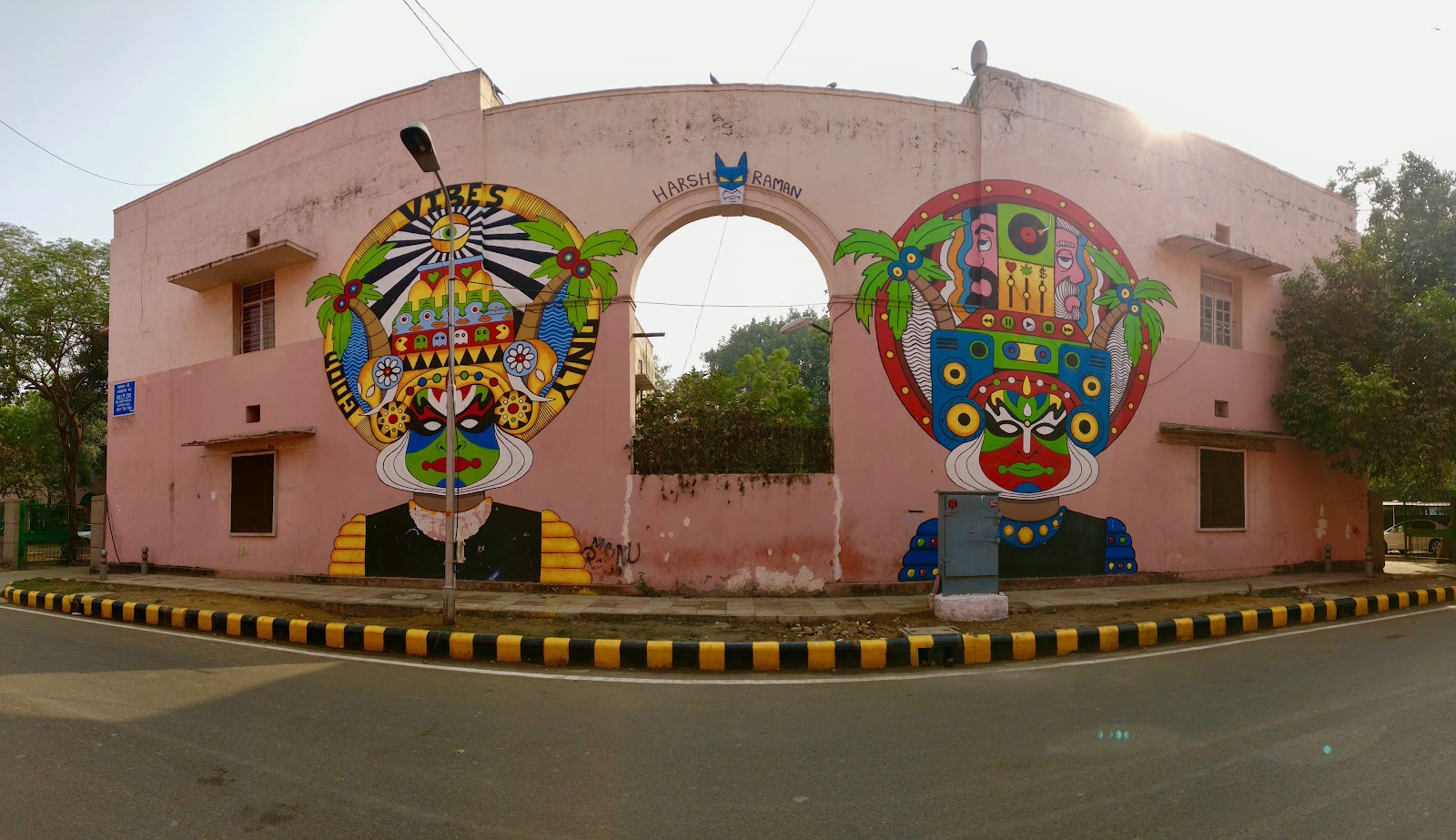 However, according to Mr. Saini, founder of DSA, they do sometimes face problems from the local people.

While preparing a site for artwork, which included cleaning up the area and scrubbing the wall, DSA came across a few strange problems. People voiced their concern saying that that was the only place they could dump their garbage in, which also was sometimes used as a urinal by men passing by and wanting to take a leak. However, as Mr Saini mentioned, with passing time, people have gradually started to associate with the wall art and have taken ownership of the same, which in turn has helped in the preservation.

DSA has also tried making the process of executing a street art an inclusive affair. In Mandoli Jail, where they are currently working on their latest project, DSA has included around 10 inmates from the jail to help them in beautifying the inner walls of the jail. Street art is entering unlikely spaces and influencing people who’d never have access otherwise. 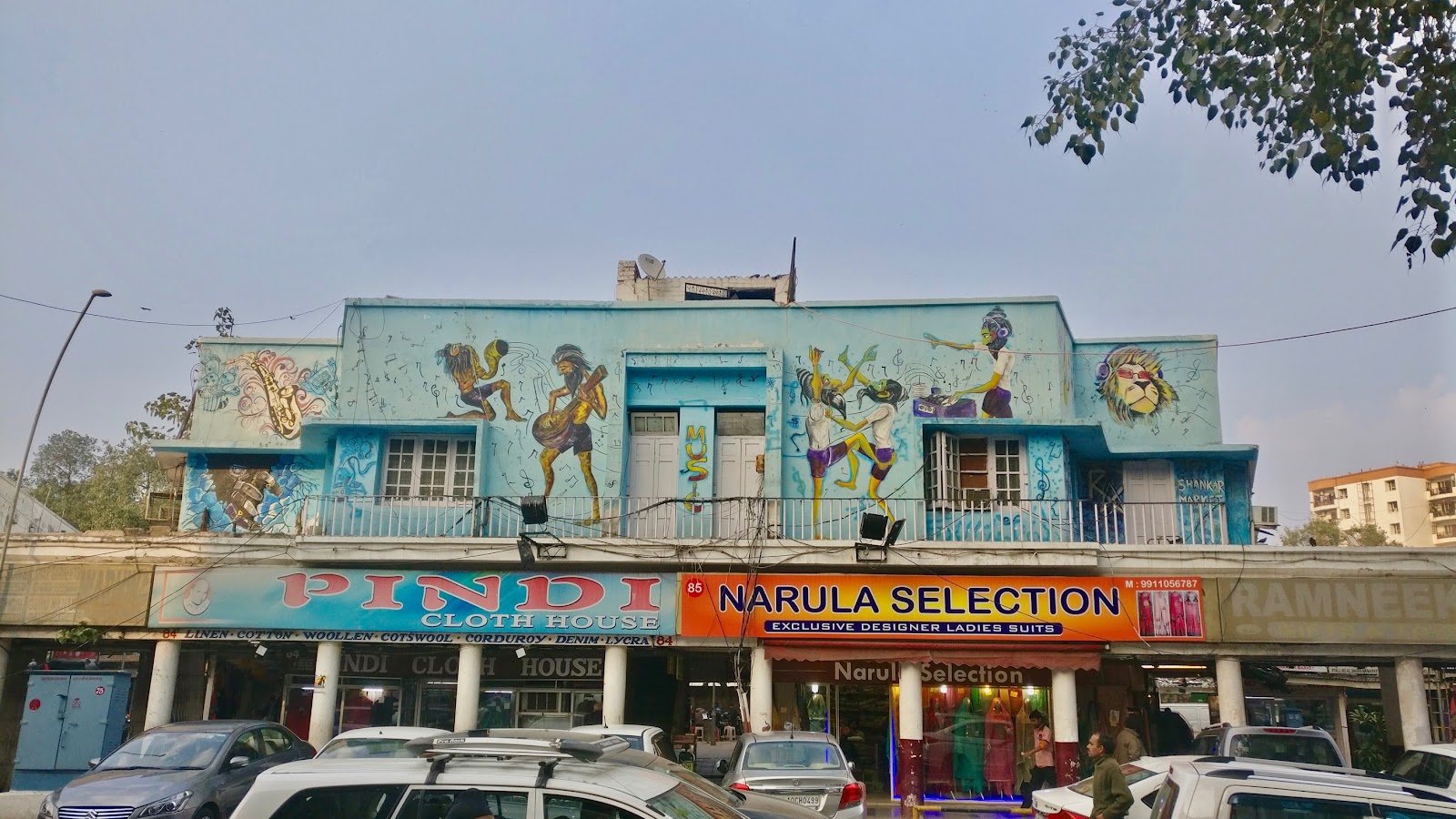 Despite the ever increasing number of street art installations across the globe, there have been multiple instances where street art has made it’s way into auctions and have been sold for a lot of money. Particularly the works of Banksy have been subject to removal either by authorities or by owner of the buildings where the mural has been painted and has been sold off to auction houses, mainly because art works by Banksy are in huge demand. In one case, a man named Stinchcombe removed the piece of plywood on which ‘Mobile Lovers’ was painted from the public doorway, planning to auction off the work and use any proceeds to fund the Broad Plain Boys' Club's financial recovery, a club he was the president of. Almost immediately after Stinchcombe’s possession of the piece became public, the Bristol City Council intervened, confiscating Mobile Lovers and placing it on display in a museum. It claimed that since Banksy painted Mobile Lovers directly onto a piece of public property, the painting belonged to the city. However, Banksy later stepped in and wrote a letter to Stinchcombe to give him ownership of the painting. 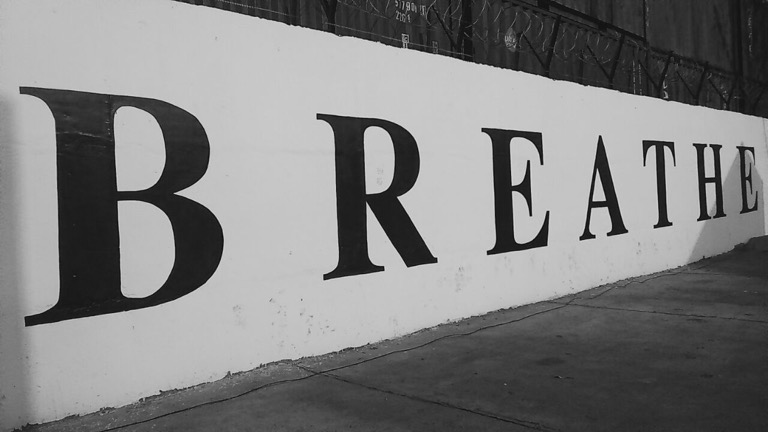 In India, artists have tried to convince people that the artwork belongs to them and have tried giving them ownership of the artwork. In a country like India where walls are plastered with new posters every single day, this has turned out to be an effective strategy in avoiding destruction of the art piece.

Street Art in India has come to mean more than mere slogans, amateur lines on the walls, and political statements, it’s ability to bring about structural changes in society cannot be ruled out. An anonymous Kochi based street artist (or artists) Guess Who has been dubbed India’s Banksy by BBC for their witty artwork that blends pop culture with derisive political connotations. Polish artist Olek in collaboration with St+art India covered a homeless shelter in Delhi in bright crocheted fabric. St+art India’s Art district in Lodhi estate also features a number of murals that are women-centric. Poornima Sukumar’s Aravani Art Project in Bengaluru aims to sensitise people about the third gender. The wall in K. R. Market brought together artists and the transgender community. 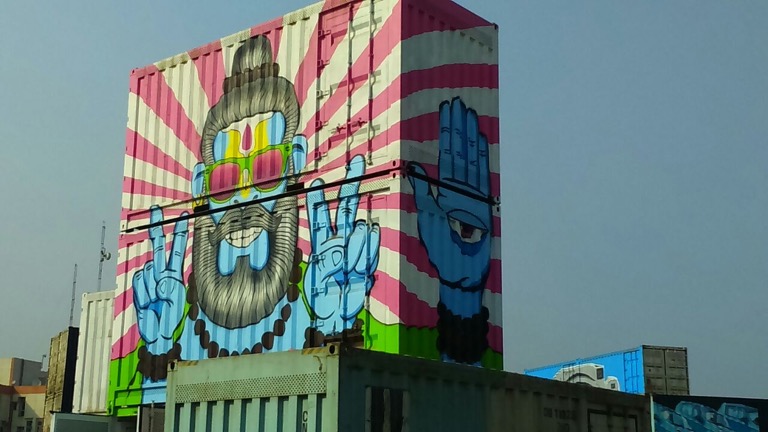