WASHINGTON (IPS): Although half the world’s population is under 25 years old, young people in more than two dozen countries feel that their opportunities for educational, economic and societal advancement are limited, according to new research released here Thursday.

Researchers say the results should help to drive and prioritise both public and private investment in services.

In order to assess the many factors that contribute to healthy lifestyles for youth, the International Youth Foundation (IYF) and the Centre for Strategic and International Studies (CSIS), the latter a think tank here, put together the Global Youth Wellbeing Index.

The index aggregates data from 30 countries, representing around 70 percent of the world’s youth population, and rates the wellbeing of youths in each country on a scale from zero to one.

“This is certainly … one of the biggest issues we’re dealing with in the world today,” Christopher Nassetta, the CEO of Hilton Worldwide, the index’s principle funder, said at the index’s launch.

“It hasn’t been an issue that really has been discussed around the world the way that, in my mind, it should be, in the sense of really getting governments, civil society and business … to really think about the issues.”

Nassetta says each of these sectors now needs to figure out not only how to attack the problems that can be associated with youth wellbeing, but also the “opportunity”.

Approximately 85 percent of youths under the age of 25 live in developing countries, in some countries comprising almost 40 percent of the total population.

Development advocates and economists suggest such numbers highlight the importance of providing such a large segment of the population with the resources necessary to drive economic growth while maintaining adequate health, security and stability.

“The youth bulge can become a security, economic and humanitarian worry, and even maybe a disaster, or it can become a resource for development and change,” said William Reese, IYF’s president. 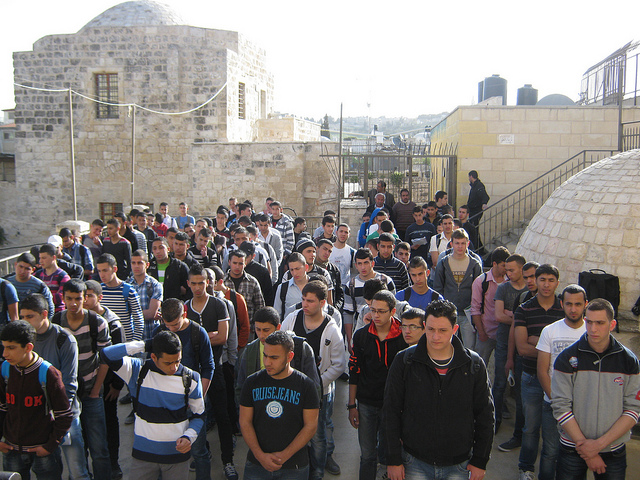 The index collects data on youths between the ages of 15 and 24. Nearly all of this data, drawn from public, independent sources, is from 2008 or later.

The index then establishes 40 indicators to assess six major fields, or “domains”, of relevance to youthful wellbeing: safety and security, information and communication technology, citizen participation, economic opportunity, education, and health. It then determines each country’s overall ranking from the scores in each field.

In the 30 countries assessed, the average score for youths’ overall wellbeing is .576, with two-thirds of countries falling below the average. As for the averages for each specific domain, youths across the world fared best in health and worst in economic opportunity.

Australia has the highest rate of youth wellbeing with a score of .752, while Nigeria comes in last with .375.

Although the index only covers 30 countries at present, its creators hope that its publication will now encourage other countries to run their own wellbeing analyses, potentially encouraging data-driven investment in youth programming.

“A number of these data points are available in many of the countries not included in the index … but we did make some choices to be strategic and to have regional diversity, as well as income diversity, in this first index,” Nicole Goldin, the director of the CSIS department that spearheaded the index, told IPS.

“But to those countries that are not included, we hope that this index can be seen as a framework and a tool so that governments, young people, implementing organisations, corporations and any other stakeholders can take it, run their own wellbeing analysis, and see how they may compare and drive their own policies, programmes and investments to better serve the interests of youth.” 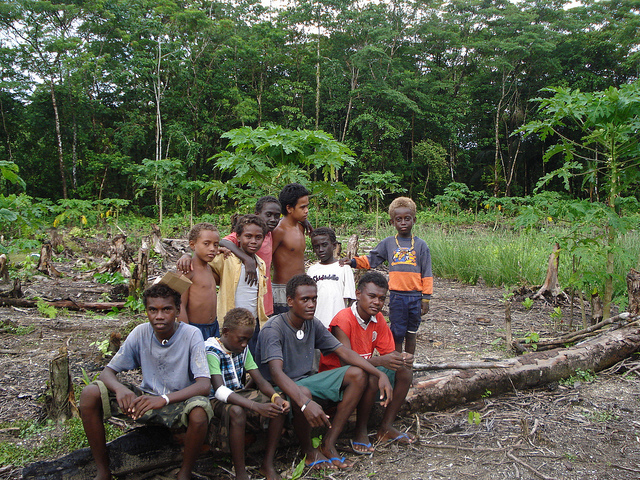 (In July 2012, under the leadership of 23-year-old Patrick Arathe, a group of youth without parents started their own farming enterprise in Munda, Solomon Islands. Credit: Catherine Wilson/IPS)

IYF and CSIS hope that governments, civil society and businesses will use the index’s findings to better evaluate and calibrate programmes designed to build youth capacity.

“You can’t manage what you don’t measure,” said Nassetta. “There’s been a massive lack of transparency and data with which to make good investments, whether that’s human capital or financial capital, so the wellbeing index is the start of that.”

For instance, IYF’s Reese noted that developing countries’ heavy investment in certain sectors, like education, have yet to yield desirable results.

“[The] domains can tell us where to invest intelligently,” Reese said. “That can be the host government, but even in some of the poorest countries in the world, their largest expenditure is in education, it’s just not being well spent.”

Reese emphasised that the index is not adversarial in nature, but rather designed for countries to compare and contrast their relative strengths and weakness, and to learn from each other.

“The index will help us compare and frame some needs and look at countries as to where they’re doing better and where they have some gaps,” he said. “Then we can compare across countries – not to name and shame at all, but to look further so we invest better.”

In addition to emphasising the need for more data-driven policies, programmes and investments, many at Thursday’s unveiling of the index highlighted a key component necessary to drive those changes: youths themselves.

“If you’re talking about a post-2015 development agenda, one thing missing from that, based on a youth perspective, is the idea of what the ‘youth problem’ is,” said Angga Dwi Martha, the 23-year-old Youth Advocate at the United Nations Population Fund.

“I think this index can give a very general identification of the problem. And then, as young people, we can [relay] this to our government, the private sector and civil society.”

Others argued that the best way to figure out “what works” to improve youth wellbeing is by actively including and engaging youths in the development process.

According to Emmanuel Jimenez, the World Bank’s director of public-sector evaluations, “We, as older people who design policy, often forget, or don’t do enough, to consult with the ultimate beneficiaries, which are young people.”