The Jews Of India

The Jewish community was once a thriving community in India. In 1948, after the formation of the state of Israel, 33000 Jews migrated to Israel leaving behind around 5000 Jews in India. Over 70,000 Indian Jews now live in Israel (over 1% of Israel's total population). Though Judaism is a prominent religion in the world, the average Indian has little knowledge of it.

Judaism was one of the first foreign religions to arrive in India in recorded history. The Jewish community of India is the fourth largest Asian Jewish community after Israel, Asian Russia, and Iran. The Jewish population in India is hard to estimate, since each Jewish community is distinct with different origins; while some allegedly arrived during the time of the Kingdom of Judah, others are seen by some as descendants of Israel's Ten Lost Tribes.

The small but an important community in India consists of mainly three types of Jews – Bene Israeli, Baghdadi Jews and Cochin Jews. There is a small minority of Jews in Manipur called Bene Menashe Jews. Their history dates back to 2000 years when the first Jews arrived in the State of Kerala. Six hundred years later, Bene Israeli followed them and then Baghdadi Jews came in 1730, who were fleeing religious persecution in the Arab world. 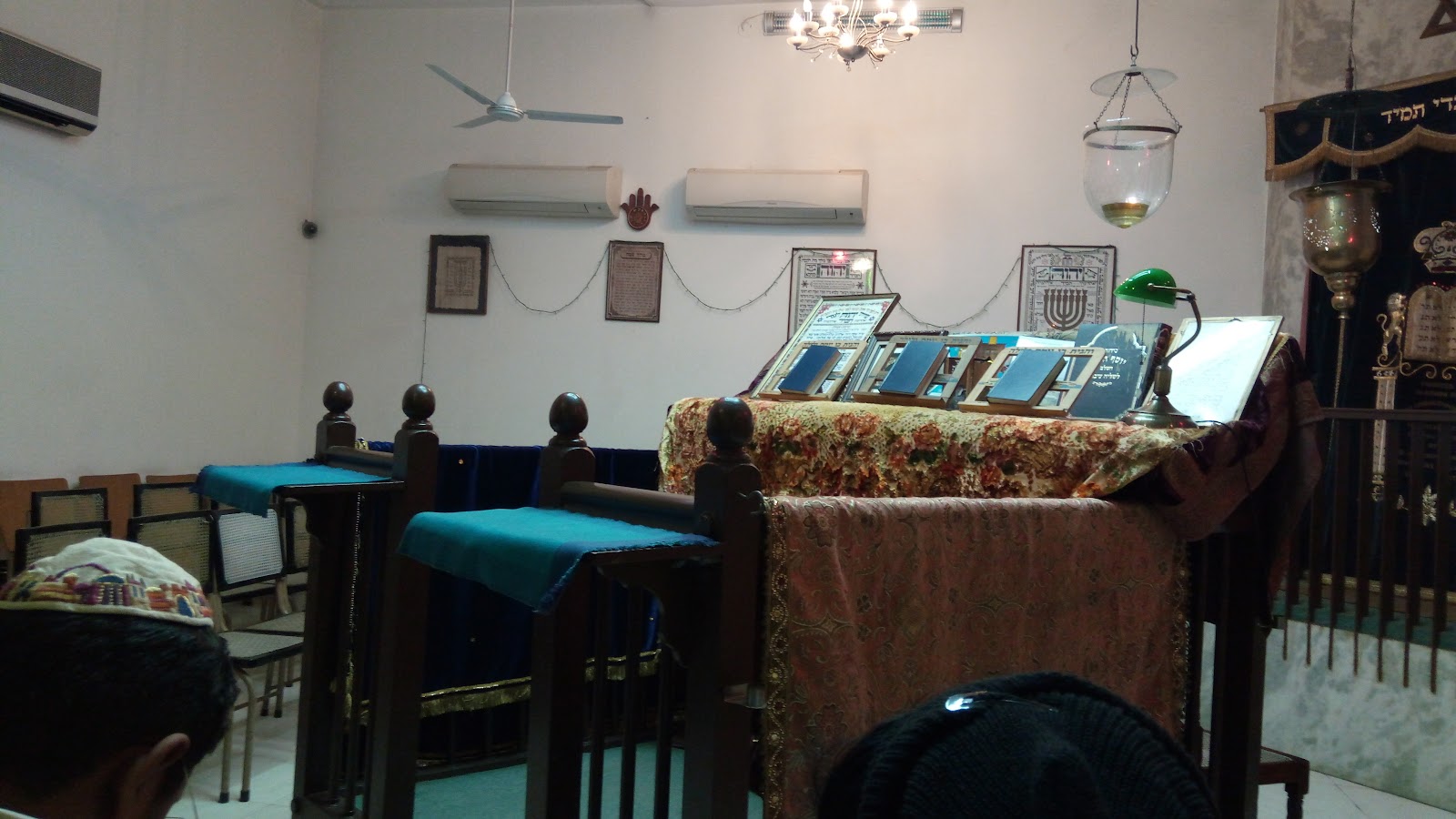 In almost every country the world over, Jews have faced religious persecution but India is one of the few countries where Jews were never ill-treated. As top businessmen, lawyers, government officials, doctors, and academicians, the Jews were once prominent members of Indian society. But today they form a miniscule number of the population here. The capital is a shelter to only 10 families from the Jewish community. Highest numbers of Jews -- around 4000 -- are settled in Mumbai belonging to the Bene Israeli community.

Though Jews in India are fiercely patriotic and consider India as their motherland but Israel as their fatherland. Mr. Ezekeil Issac Malekar the official Rabbi of the Judah Hyam Synagogue in Delhi says, “Israel is in my heart but India is in my blood.” Ana, a Jew from Chennai who converted from Christianity 10 years ago says that she want to migrate to Israel because in Israel it is very easy to practice Judaism and all the religious sites are there, so spiritually Israel is more important.

Some of the important factors of migration of the Jewish community from India are economic, religious and spiritual. Marriages are also a cause for migration as finding a Jewish spouse for their kids in the dwindling community is getting difficult. 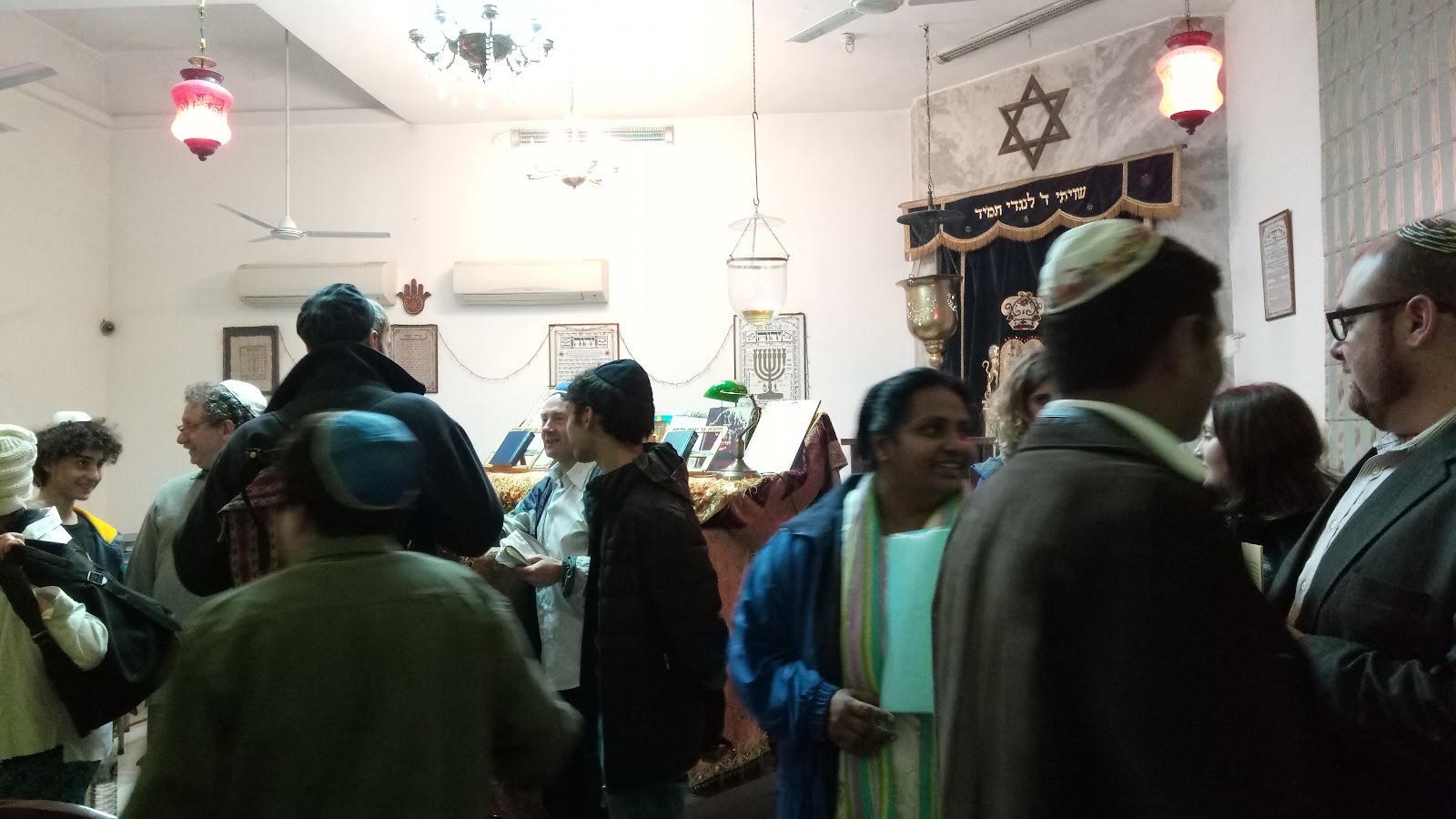 Of the 5000 Jews remaining in India, the largest community is concentrated in Mumbai, where 3,500 have stayed over from the over 30,000 Jews registered there in the 1940s, divided into Bene Israel and Baghdadi Jews though the Baghdadi Jews refused to recognize the B'nei Israel as Jews, and withheld dispensing charity to them for that reason.

Jews in India always had good relations with other communities. In Kolkata Jews live in close vicinity to Muslims. Even the synagogues have Muslims as care takers. Jews used to have clubs and influential people now are numbered at just 25. In Mumbai which has presently highest number of Jews in India but according to the records kept by city’s Chabbad House community centre, more than 60% are above 40 years old. They preserve their culture with weekend activities organized at the synagogues. Religious functions such as Hanukkah and Passover are well attended.

In spite of residing in India for so many years, Judaism is yet not listed as a religion in government forms and a minority status is not enjoyed by them. While giving a demographic divide based on religion in 2001 census on its website, the website did not include the Jews as a separate category.

By looking at the dwindling numbers of this community it feels like there is a possibility that there will be no Jews left in India in some years to come. Though Jews in India say that some of them will always be here but only time will tell for how long they can preserve their Jewish heritage.