G for Gaming & G for Gender

High speed world of crime welcomes one to the Grand Theft Auto V, extending the mafia culture begun in prior series.

With the edition boasting its choices, weapons as well as lead players come with multiple options. With customised tattoos, hairstyles and attires, the players can themselves be one among the three available options. Los Santos that hosts missions for Trevor, Micheal and Franklin, makes a choice that excludes any female protagonist, a choice that dominates the gaming world of Grand Theft Auto Series.

Commenting on the on-going debate over the gender representation in the global game industry, Abiram Shanmugam, the Game director and Founder, of ‘The Roots’ states, “Although there have always been women gamers, the core market for games for a long time was predominantly male.” 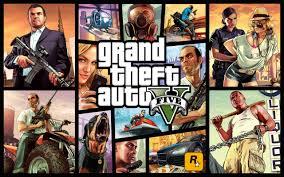 Missions of bombs, bullets and bloody money that promotes the players across levels, has a saga of face offs with the men in uniform. Bursting wheels roll away cops like pawns, bagging in credit and immunity. Gender discrimination at workplace, does not spare Los Santos‘s lock ups. Missing among the scattered bodies as well as majority of shootouts, are female cops dying along.

Flying cars whizzing off the streets with women propped as prostitutes fill the screens every other second. Occasionally seen as partial players, women surface more at strip joints and red light areas. Sex workers boost up health bonus if killed after sleeping with them, hence are preferred victims by players. As vulnerable, as these prostitutes are in the game, the other adults do not share the same level of vulnerability.

Pedestrian killing becomes the bare means to money and points. While ‘help screams’ is what the street strollers can cry for, if girls, men retort with a fist blow and swear showers. Skimpier and sexualised in their representations, women carry on with the passive victim plot rather than as, active playable characters. Larger than life heists, with cougar crashes and chopper blasts, GTA V reveals the patriarchal world of crime. While a selective few appear as sidekicks, the mafiadom belongs solely to men of Los Santos. Strong female Antagonists remain an imagination when it comes to the game. Thus crime gets gendered in GTA 5. In a globalised society where, as Mr Shanmugam comments, “the female audience is now a sizeable chunk of the industry ( >40%) and (there is rise of)women empowerment movements, developers are called for moving towards responsible representation and treatment of women and women characters.”

Not confined to female, the feminine too pictures as a common target. Hyper masculine world allows manliness of violence as the only possibility. Floyd Herbert who abstains from swears except a few and rejects the drugged life of corruption and adultery, is the square peg of the round hole. Instances of Floyd in his wife’s pink pyjamas crying to a leaving Trevor, hint towards sexual assault. With teddy and other soft toys in place of weapons, Floyd’s room stands for his feminine side, which is exploited by, the hyper masculine Trevor. Narratives in the gaming world play a role integral to players as well as the developers. Mr Shanmugam remarks how, “The stories in games on the other hand like all stories in cultures have a huge role in reinforcing our collective ideas of society and this is where the problem predominantly lies.” The storyline of GTA games that hold instances popularising insensitivity towards female and feminine, is where the problem lies.

What remains as a question is not ‘if you don’t like it don’t play it,’ dwindling to a matter of personal choice. The ‘Nos’ would still, be affected, by the populating yes, because they coexist. As Mr Shanmugam notes, “It’s a capitalistic world and speaking with your wallet is the loudest way to make a point.” Drugs, damsel and distress propagate a world of crime, which one learns and longs to follow for virtually affirmed success. Need for games to be gender sensitive, is a need for a reality that encourages it. Mr Shanmugam explores similar ideas when he expresses, “Art imitates life, and as long as life stops putting up with the gender insensitivity, art will imitate.”