Nata Pratha, a Tradition That Allows Men and Women to Live With Person of Their Choice

A centuries-old custom “Nata Pratha” is still alive in several Indian states like Rajasthan, Gujarat and Madhya Pradesh. The custom allows men to live with as many women resulting in children being abandoned by their parents.

Nata Pratha is practiced by the Bhil tribe, the one of the largest tribes in South Asia.

Traditionally, both the man and the woman are supposed to be married or widowed, but the custom has evolved to include single people as well.

"People have started misusing the Nata custom. The pre-condition to get into Nata is only when both the man and woman are married but nowadays we have come across cases where unmarried people have started living in together," says school head teacher Rama Kallasua.

The woman typically goes to live with the man, leaving behind the children from her previous marriage.

Bansilal Kharadi, who is a member of a panchayat or village council in a Bhil community believes that the tradition can be empowering for women by allowing them to leave husbands if they are unhappy with them.

"There is nothing wrong in Nata Pratha," he says.

"It's a custom against male domination. If anyone's husband is a drunkard, she can leave him and start living with a man of her choice. Our ancestors created this custom and it cannot be wrong. Our community will always follow this."

Members of the Bhil tribal community are traditionally considered to be brave and defendable. They were historically soldiers in the armies of kings.

The community has a rigid caste system and has been little impacted by modernity, which may explain the continued existence of centuries-old customs like Nata Pratha. 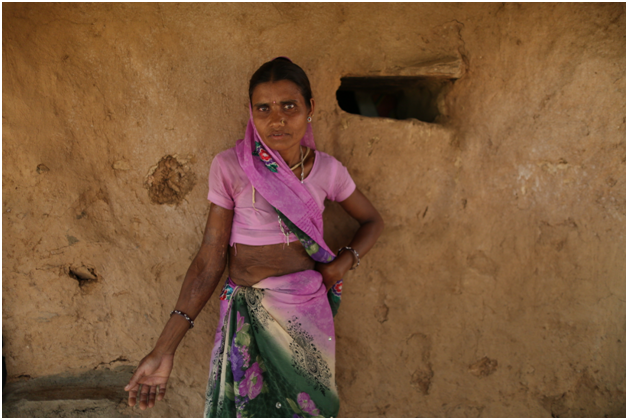 Italy Devi, 35, is happy with the children she had from the man with whom she entered into Nata after her husband tried to burn her. Scars are still visible on her body. 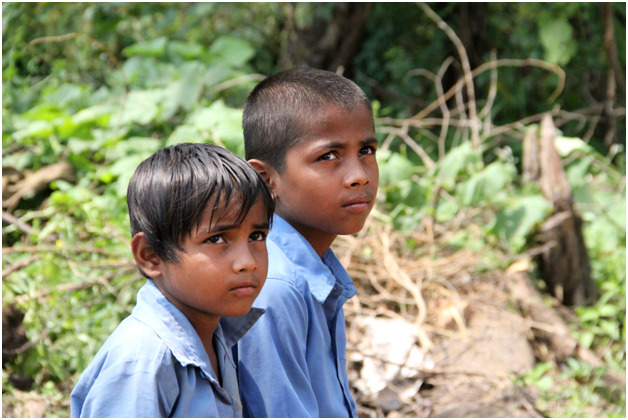 Mahesh and Bhuri have lost their interest in studies. Their mother abandoned them long back while their father died later on. They now live with their paternal uncle and aunt. 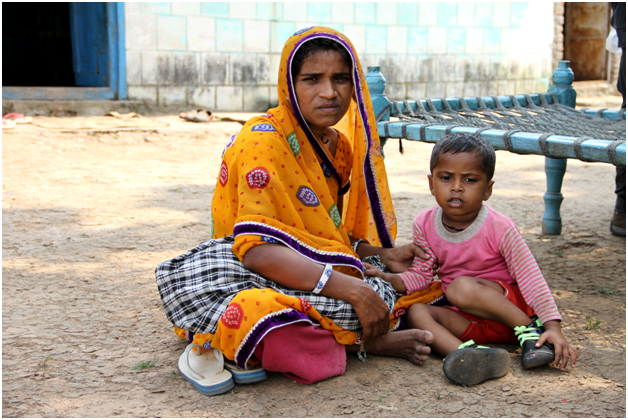 Shanti devi is not in favour of the custom and thinks that the children can't get the parental love from anyone else other than their real parents. 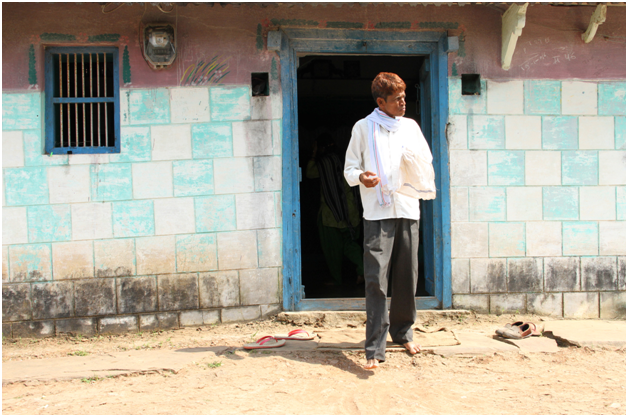 Bansilal Kharadi, who is a member of a panchayat or village council in a Bhil community believes that the tradition can be empowering for women by allowing them to leave husbands if they are unhappy with them. 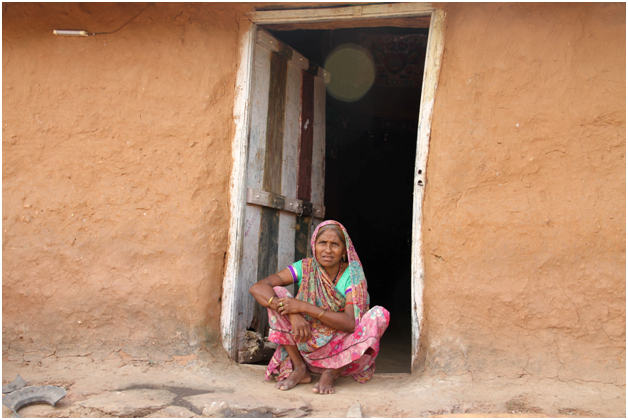 Seta Nanoma is now 53 and had two sons from the relationship that started when she was a teenager. She fell in love with a married man and started living with him as per the Nata custom. Her sons too live with women to whom they are not married. 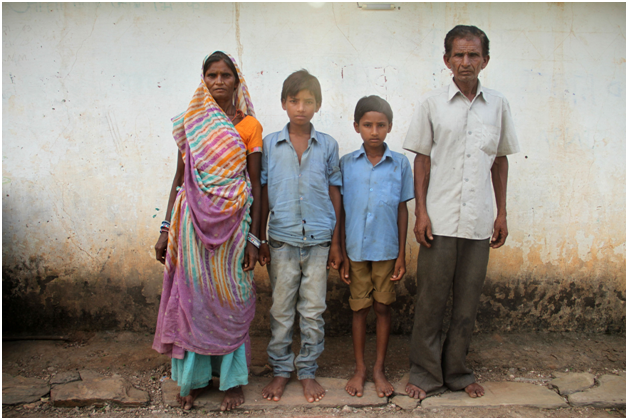 As per Hanja Kharadi, 61, Nata custom is a blessing. He entered into relationship under the Natha custom with three women so far. His first wife had no kids, while his second one died after giving birth to five children. Now he is married to a third one who takes care of his children. 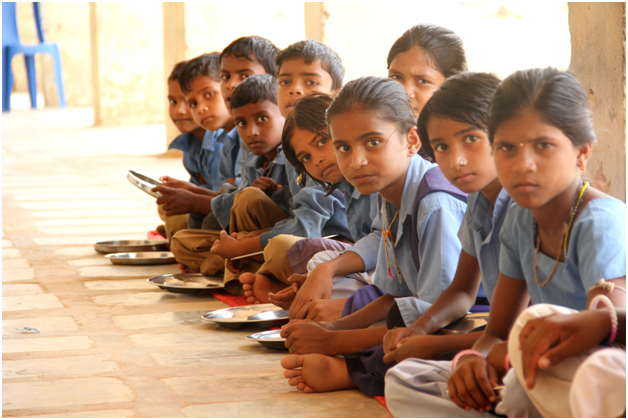 Nata custom may be the blessing for many but as Prahlad Singh Chauhan who is head teacher at Shivpura primary school says,it's a curse for children who are being forced to do work in fields and household chores by their relatives who become the foster guardians after their parents abandon them. 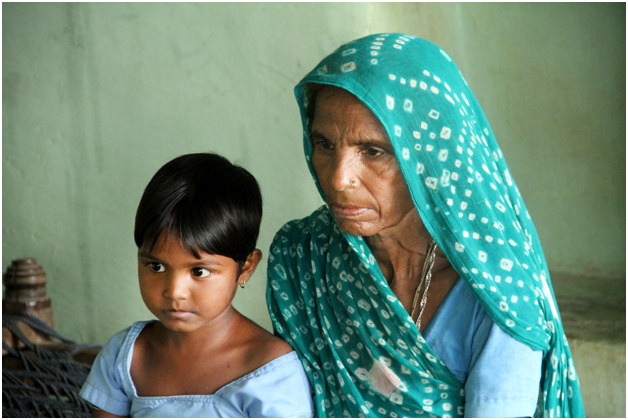 Pinki's father died in a mishap. Her mother left her to live with another man as the part of Nata Partha custom. Pinky is being taken care by her grandmother since then. 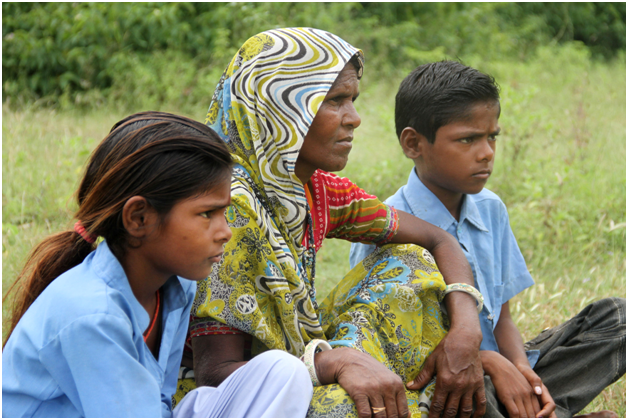 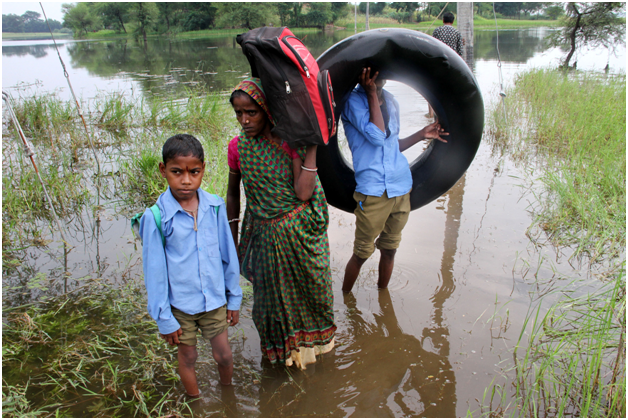 The region is marked by acute poverty, there is no public transport or bus and temperatures can exceed 47 C in summers 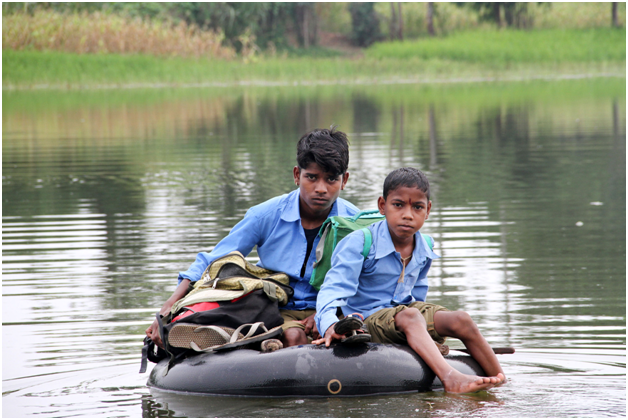 These two brothers cross this water on tyre tubes to reach their school. The residents here live in abject poverty and lack basic necessities.

(Cover Photograph: Leela Damor is now 27 years old. She had got married when she was just 15. Her husband was a drunkard and used to beat her. She left her husband to enter into Nata with Babu Lal whose wife had committed suicide.)