A Big Heart and A Will to Run

Sports inculcate something in you that no institution, family or friendship can. A quality that eventually emanates from you… something called Sportsmanship.

This brings me to the fascinating story of the Salwan Marathon, the world's largest marathon for schoolchildren that has grown to become nothing short of a movement, now in its 22nd year and slated to take place on 5th November, 2017 in New Delhi.

The Salwan Marathon which started much before other marathons became as popular as they are today, has been a journey of promoting running among school children for the past 20 years. I’ve written about this earlier in my pieces too that today’s kids need to spend more time discovering the world of sports rather than becoming digital junkies and geeks! 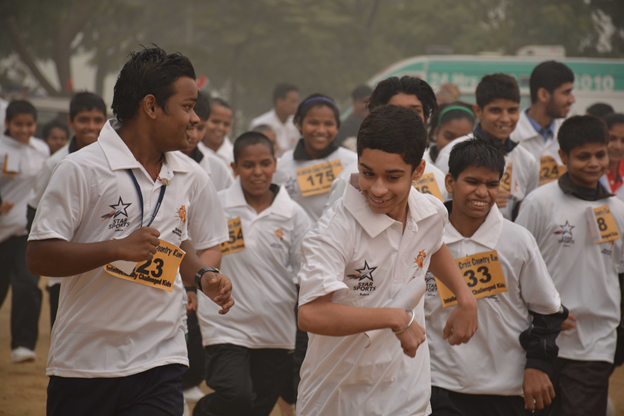 Mr. Inder Dutt Salwan, a key proponent of running and the chief architect of the Salwan Marathon, started the run in 1995 to get the students outside the classrooms and inspire them to run. The marathon was started in 1995 with merely 300 students and a budget of Rs. 2500. Today, recognized by the Athletic Federation of India, the marathon transcends all barriers and reaches out to 800 schools across the country and saw participation of more than 52000 students last year from every nook and corner of the country. It has also entered into the Limca Book of Records for being the largest race for children.

A passionate runner himself since his school days, Inder Dutt was once invited for a science exhibition at Salwan Public School. Straightening the tie of a student, he asked, “Son, which games do you play?” “Sir, Video Games!” came the prompt reply. He felt that there was something wrong in the system and it was this incident that got him thinking that there was something amiss with the current generation and that they needed to get out of the classrooms and discover the power of running that saw the birth of Salwan Marathon 22 years ago. Incredible story to say the least and hats off to a man with a vision!

Since then, the marathon has been built over the years through an unwavering missionary-like zeal and novel initiatives year after year. Today Salwan Marathon includes over 1200 physical instructors and 3200 volunteers from the community. The marathon is more just than a run today - it symbolises a belief in sports and all the positive values that sports helps impart and inculcate. Those involved in this remarkable event truly believe that sport is a necessity for all students, with or without intellectual disabilities. With this belief they started the special race for visually impaired students and differently abled students, making Salwan Marathon the only race for visually impaired in the world. Around 2500 visually impaired students and 250 differently abled students run with volunteers. 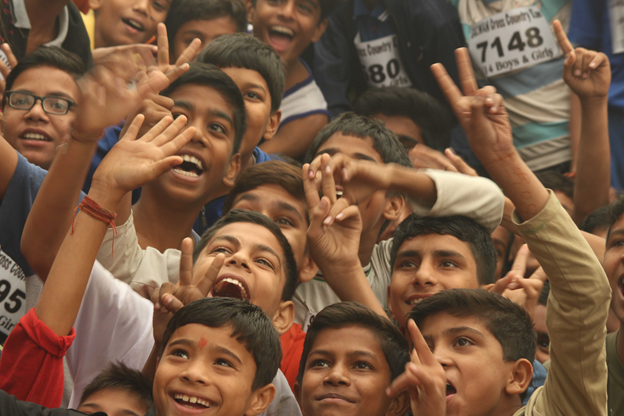 They also believe in encouraging clean sports and fair play at the grassroots level and hence have introduced age and dope verification as an integral part of the Salwan Marathon - the first by any private organization. During the 2013 edition, the organizers were shocked to find that most of the top finishers in the Under-18 boys started the race mid-way in an attempt to win. Hence, in a first in India, the run uses technology to ensure fair play as a specially designed GPS-based chip is used to track the distances covered by each participant in the Under-18 boy’s category.

It is an exhilarating feeling to run close to nature and show the world what sports can do beyond sports. It's all about the spirit of running...the joy of oneness...inner satisfaction...guts...stamina and courage to go that extra mile in search for perfection...to bring laurels and to say you gave your best what life could offer.

There is no greater feeling than inculcating the spirit of sports amongst the youth. This year, the 22nd edition of the Salwan Marathon is being held on 5th November 2017 at Brar Square, Delhi Cantt. The challenging route of the marathon will see participation from over 50000 students with an increased number of students registering from the North- East, Madhya Pradesh, Himachal Pradesh, Uttar Pradesh and Rajasthan. 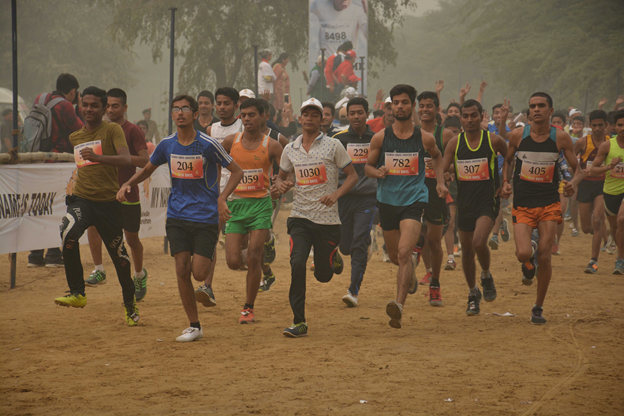 Samrata Diwan, spokesperson, Salwan Marathon mentions, “It’s all about courage, to go that extra mile in search for perfection and to bring laurels to their Institution. But what is amazing is that it's a tough competition amongst the rural v/s urban children, with the students from the rural background certainly having an upper edge as in the past 16 years or so, perhaps due to their living style, their struggle or maybe this is their chance to prove their mettle.”

The objective is clear - to tap talent at grassroots level and encourage competitive sports in the city, promote clean sports through fair play and respect amongst each other, add value by conducting stringent measures against doping, age fudging both by students and their mentors and use of multiple cameras to track the route each participant through chip technology.

Their belief that sports is all inclusive and a necessity for all students, with or without intellectual disabilities is pertinent. To integrate the visually impaired and differently abled children with the mainstream students through the inspirational power of running is commendable. The special race for the visually impaired and differently abled students is 4.5 km. School children participate in Under 14, Under 16 and Under 18 categories where the course is 4.5 km, 6 km and 8 km respectively. There are separate runs for boys and girls. 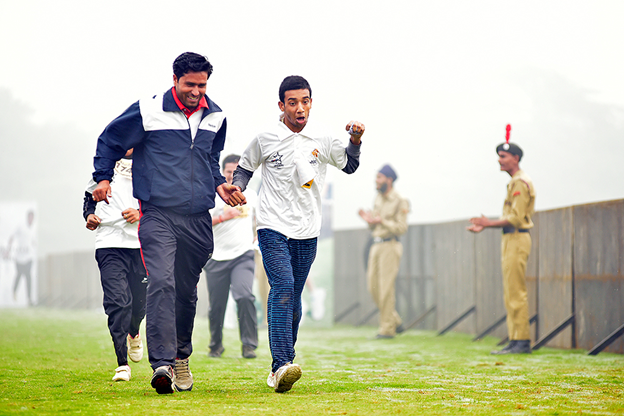 More than 4000 volunteers from the Athletic Federation of India, Delhi State Amateur Athletics Association and Physical instructors across India will ensure the safety and security of each participant at the event.

Ms. Shantha, from the National Association of Blind says, “Our students are a regular at Salwan Marathon. They look forward to going and attending the race. Every year, they reach out to us checking on the dates to start their preparation for the run. The fact that it has impacted our children in a positive way makes us participate in the run year after year. The children not only enjoy meeting more people at the run, they are driven by the competitive spirit the marathon invokes in them.”

It is pertinent to mention here that all the funds generated by the marathon are ploughed back into the community. Over the years, computer labs have been opened for the visually impaired and differently abled students in Delhi NCR, Gwalior, and areas of Uttrakhand and Bihar. 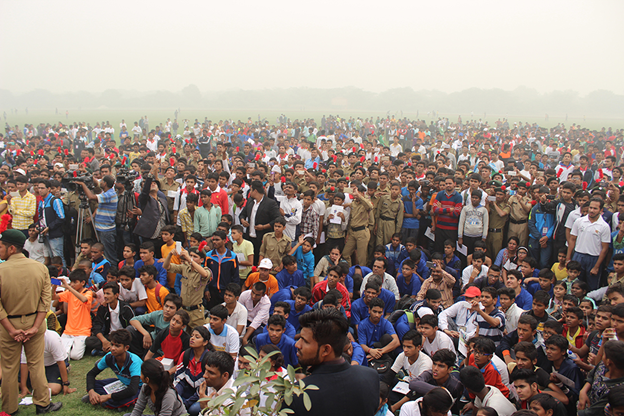 No matter how slow or fast, crossing the finish line is memorable. Remember, you’re stronger than you think you are and you can do more than you think!

The Salwan Marathon is definitely a string of moments, mixtures of events and emotions that are sampled by all those who are a part of it. Kudos to the spirit of the movement!