Director Ranjan Ghosh: “I firmly believe Ram and Sita are not theirs”

His second film Rongberonger Korhi (Colour of Money) is now facing the wrath of a Hindu Right Wing organization Hindu Jagran Manch for using the names Ram and Sita as the names of a married couple who get separated in the conviction that this would be a blasphemy on the mythological characters Rama and Sita of the Ramayana. The group insists that the director must change the names of these two characters

“Naming characters in a film after Rama and Sita hurts the sentiments of Hindus. The director should have taken this factor into consideration. Why not name the characters as Mariam and Joseph or something else? We have also written to Union Information and Broadcasting Minister Smriti Irani seeking her intervention. The CBFC must meet our demand before clearing the film for release," said Vivek Singh, spokesman of the outfit.

What does the young director have to say to this? Are the names Ram and Sita deliberately imposed on the characters for some political agenda? Ranjan says, “Ram and Sita are not arbitrary names assigned to the characters. They are well thought out and with a definite purpose. And I reiterate this - a noble purpose. Once viewers watch the film, they'll understand why the names are given thus. I am not going to change these names just because some group with an extreme agenda believes that it is insulting of the mythological characters.” 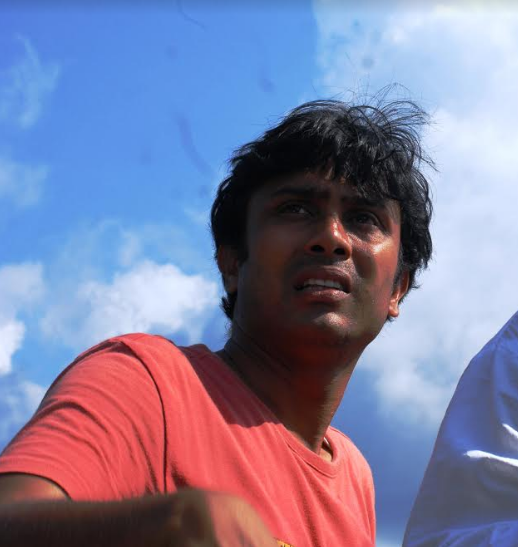 He goes on to add, “The film is an anthology of four short stories. Through each story, a different emotion emerges. Each story deals with human relationships and money. Thus, four different emotions - love, separation, profit and loss make up the four stories of my film 'Colours of Money'.” The film has not even been censored yet. Nor has anyone from the media or other outlets watched the film. So, how can an external group connected neither with the censors nor with anyone in my cast and crew interfere with the release of the film without having any clue about what the film deals in? Besides, did the story of Ram and Sita in Ramayana end happily ever after?

Did not Ram ask Sita to prove her chastity by passing through the fire? Did not Sita find absolution in finding her way back to the earth she sprung from? So, what is wrong if a film names its characters after mythological names? Don’t we name our own children after the names of mythological characters in the epics and after Gods and Goddesses of the Hindu pantheon like Ganesha, Sita, Radha, Krishna and the like?

The first axe to fall would then be Mehboob’s classic Mother India where the “mother” in the title was named Radha. Ramesh Sippy’s bumper hit Seeta Aur Geeta should be recalled and renamed according to the wishes of this Right Wing group who have suddenly decided to become “censors beyond the censors.”

Should we then, in retrospect, ask for a change in the names of all films where the characters are named after Gods and Goddesses of the Hindu pantheon and of Indian epics? 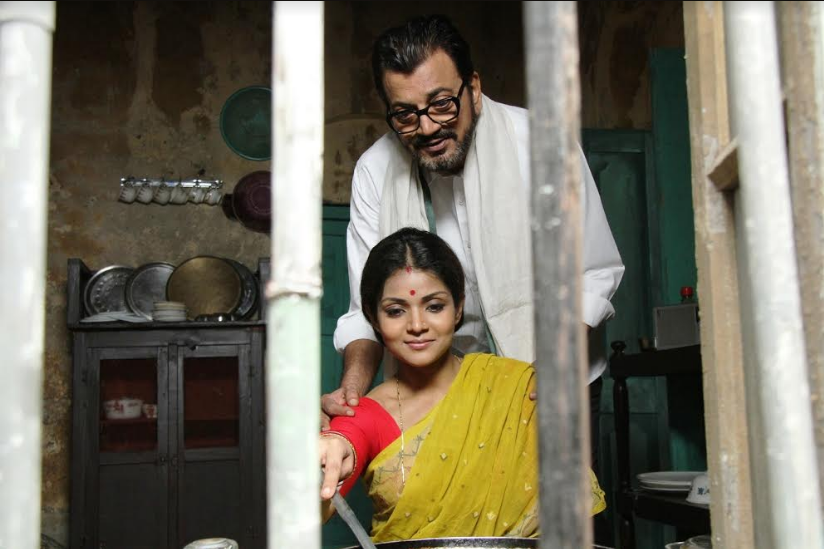 “I think this is purely a political stunt and has nothing to do with religion. These fringe elements are expanding base in Bengal and piggybacking films with a stellar cast and crew is proven to be the easiest and most assured way to gain publicity,” says Ghosh, adding, “the film and all the four stories are character-driven more than they are driven by the plot. Also, destiny plays a part in the stories. Somehow, destiny seems a recurring theme in my films. It was there in Hrid Majharey, it is there in Rongberonger Korhi, it was also there in Iti Mrinalini - the film I co-wrote with Aparna Sen,” sums up Ghosh.

This, however, is nothing new. Parties and groups with political agendas of their own have often tried to impose their own rules on films while they were being shot, when they were about to go to the CBFC, when they were about to be released and when they were already released and the CBFC had no hand in these incidents. In 1954, painter Akbar Padamsee was arrested for a painting that was part of an exhibition at the Jehangir Art Gallery in Mumbai. It portrayed a pair of lovers. However, he was exonerated by the court ruling that under Section 292 of the Indian Penal Code, artists would be exempt from action if their paintings were displayed in art galleries. (India Today.in December 21, 1998.)

On May 1, 1998, Bajrang Dal activists vandalised artist M.F. Hussain’s Mumbai apartment against his painting Sita Rescued which depicted a nude Sita riding on the tail of Hanuman. Earlier the same year, painter Jatn Das based in Bhuvaneshwar was attacked by activists of the Vishwa Hindu Parishad for defending Hussain. Another Hussain painting of a nude Saraswati angered Hindu fundamentalist groups who sent their hoodlums to attack the Hussain-Doshi Gufa in Ahmedabad and destroyed several of Hussains’s works.

The public furore created during the running of Deepa Mehta’s Fire and later, when she was shooting Water in Varanasi, is public knowledge. The former rustled the feathers of Right Wing parties because of its strongly lesbian storyline. The latter because according to the protestors, by showing a young and beautiful widow forced into prostitution, it was against Hindu tradition and culture. They prohibited the NRI filmmaker Deepa Mehta from stepping on Indian ground ever again, much less, shoot any film here. Some years later, Mehta reshot the film somewhere else, changed almost the entire cast of the film and released a watered down version of Water that hardly created any waves of anger or even made reasonable business.

The last word belongs to the young but very cool and collected Ranjan Ghosh. “The right of the viewing audience is also at stake. The audience has the right to watch any work of art, in this case a film, and decide for itself whether to accept it or reject it. This right of theirs is guaranteed by the State. This is being curbed by such unreasonable demands. Also, I firmly believe that Ram-Sita are just not theirs. Ram-Sita belong to all of us.. Hindu gods and goddesses are not the property of these trouble makers. We love and worship our deities and know how to protect their dignity. We don't need a lesson from them. Instead of their religious sentiments being hurt - I am highly suspect of this – I think they are hurting my religious sentiments by painting a narrow-minded version of my Hindu religion which is known the world over for its expansive, inclusive and large-hearted philosophy.”

The Fall and Fall of Indian Tennis 12 hours ago

Overzealous Crackdown in Jaffna Adds to Divide 13 hours ago