Sanju Surendran, from Thrissur, Kerala, says that as a child he liked drawing and painting. “It was in the late 90’s at Sree Kerala Varma College that my love for films crystallized, where activist Santosh Kumar KC’s Campus Circle screened documentaries to enrich students on socio-political issues. It is here that I saw Akira Kurosawa’s ‘Derusu Uzala’. Film critic Prof. Shanmughadas’s Navachitra Film Society screened world classics every month, I recall being quite impressed by Luis Bunuel, especially his 'Andalusian Dog'.

Our film club was the first in Kerala to make a "campus film". Titled ‘Tharishunilam’(The Wasteland), it was directed by our Malayalam teacher, the poet VG Thampy. While influential others got plum posts, I was content being assistant art director. After college, this insight led to my 2-minute short film based on a dream that I had, shot by my mentor Santosh Kumar KC on an S-VHS Camera in my backyard. Thus began my journey in cinema.

Being shy and introverted, it took time to assert my wish to be a filmmaker. Applying to FTII (the Film and Television Institute in Pune) with my short, I faced my first ever interview and was rejected. I loved the institute at first sight when a slight drizzle lit the campus with a fresh green.

I then made a documentary on Kandal Pokkudan, the ecological activist who had planted about 100,000 mangroves, to help counter tsunamis and protect our environment. The documentary film maker C Saratchandran handled the film’s camera and editing.

Deciding on a film course, I applied to FTII again, taking the rough cut of my documentary. The film became my passport to the institute. At the start it was a culture shock, a small town person bombarded with people from different cultures from all over India. I adjusted rapidly.

It was a wonderful time. We could try out our own way of making films and make mistakes. Failure enables a kinetic energy to explore, to be reflective and not complacent. We had a great library at our disposal. We watched films on a big screen every day and debated them between us. The institute was a hub which attracted different filmmakers and technicians. To be an artist is a difficult thing. FTII gave us the space and time to experiment, to fail, to think, to try again and to blossom. ​

My student diploma film, ‘Theeram’ (Seashore, 2007), based on a story by Priya AS, stars the celebrated Malayalam actor Nedumudi Venu. It is on a father and daughter, her life and romantic relationships, and his memories and angst. We both prepared the first draft, on which Mani Kaul, visiting faculty at FTII, would give brilliant suggestions. I shot the film in Pune and Harihareshwar. The film was liked by my fellow students and also Kaul, who said, “Wah! Ustad! Kya film banaya aap ne...if you people started making such good films, what will we film makers do?”. ‘Theeram’ travelled to the Jordan International Short Film Festival, 52nd Corona Cork Film Festival, 7th Karachi International Film Festival, and the 12th International Film Festival of Kerala.

When I was teaching at a film school in Kottayam, my friend Rekha Raj introduced me to S Hareesh's stories. I liked one, Niryatharayi (the heading of a newspaper’s obituary column). It conveyed the look and feel of Hareesh’s village, Neendoor, with its characters taking a surreal twist in the end. Life is stranger than fiction I feel that if we get really close to the real, it presents some surreal possibilities… I added two more of Harish’s stories. And my debut feature was born. 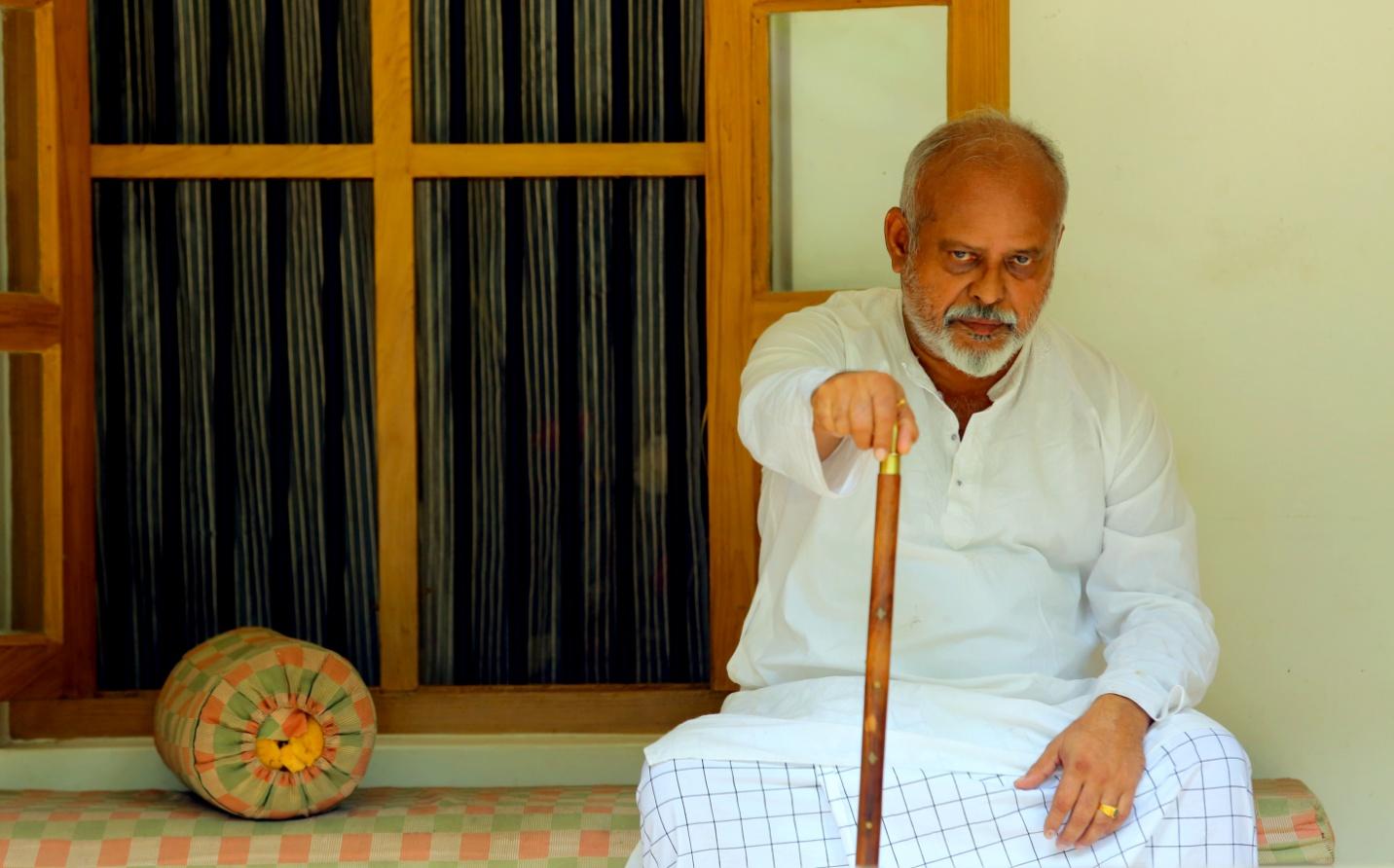 ‘Aedan: Garden of Desire’ links three stories. The first Niryatharayi features a person Hareesh knew — Peter, an 80-plus grand old man who lived a life of wanton luxury. He phoned Harish one day, worried and weeping, saying he couldn’t sleep as stones were being hurled at his house. Were people taking revenge on his epicurean lifestyle? Or could it be Chathan eru, local spirits who spurred by certain black magicians stoned homes in the dead of night.

Maadan Thampi (Murder at the Culvert) , the second story, is inspired by a real life notorious goon Erachi Albin who after murdering someone would wash his bloody knife with the local hooch, arrack, and drink it. One day he suddenly reformed, becoming a Samaritan who founded a school and an orphanage. Nobody knew why. Years later he told a TV reporter that it was he had a vision of Christ, even showing a picture of himself and Jesus Christ.

The third story, ‘A Tale of Love’, is about a nurse who brings her father’s corpse from Bangalore to her village in Kottayam. The nurses from Kerala are highly regarded the world over for their professional commitment and courage. She is accompanied by a young man, Bineesh (a character created by Hareesh), resourceful and caring despite his impish playfulness. He falls in love with the nurse while helping her transport the dead body.

These three stories had an underlying connecting theme of death and desire. So the film starts with two persons, Peter and Hari, playing a macabre game of cards. They each stake a small sum on names listed on a leading newspaper’s obituary page: the one who picks the older dead person gets the cash. The characters they choose have their own tales of love, passion and death. The canvas expands and tells the tale of a land and its people. Thus the name Eden, denoting a labyrinth, where each time we enter we get lost in the bewildering intricacies of human nature.

My friend Rekha opened my eyes to the nuances of Kottayam… In this agrarian region, burying new born puppies alive, however horrid it may seem, is practical when there are many mouths to feed. The village Neendoor, where most of the stories are set, is like Marquez's Macondo — a beautiful place where every person you meet is a poet, a revolutionary or a writer.

This film is a tribute to Kottayam in its depiction of spaces. Broadly it can be divided into three areas. The Upper Kuttanad areas, which have paddy fields and rubber orchards, are like Neendoor where the first story takes place. The high range area is mountainous and misty in nature, is like Kaliyar, where the second story takes place. And then there are the plains. The third story acts as a connect between the urban and the rural. The film is like a folk tale in its elemental qualities and evocation of eternal human passions. 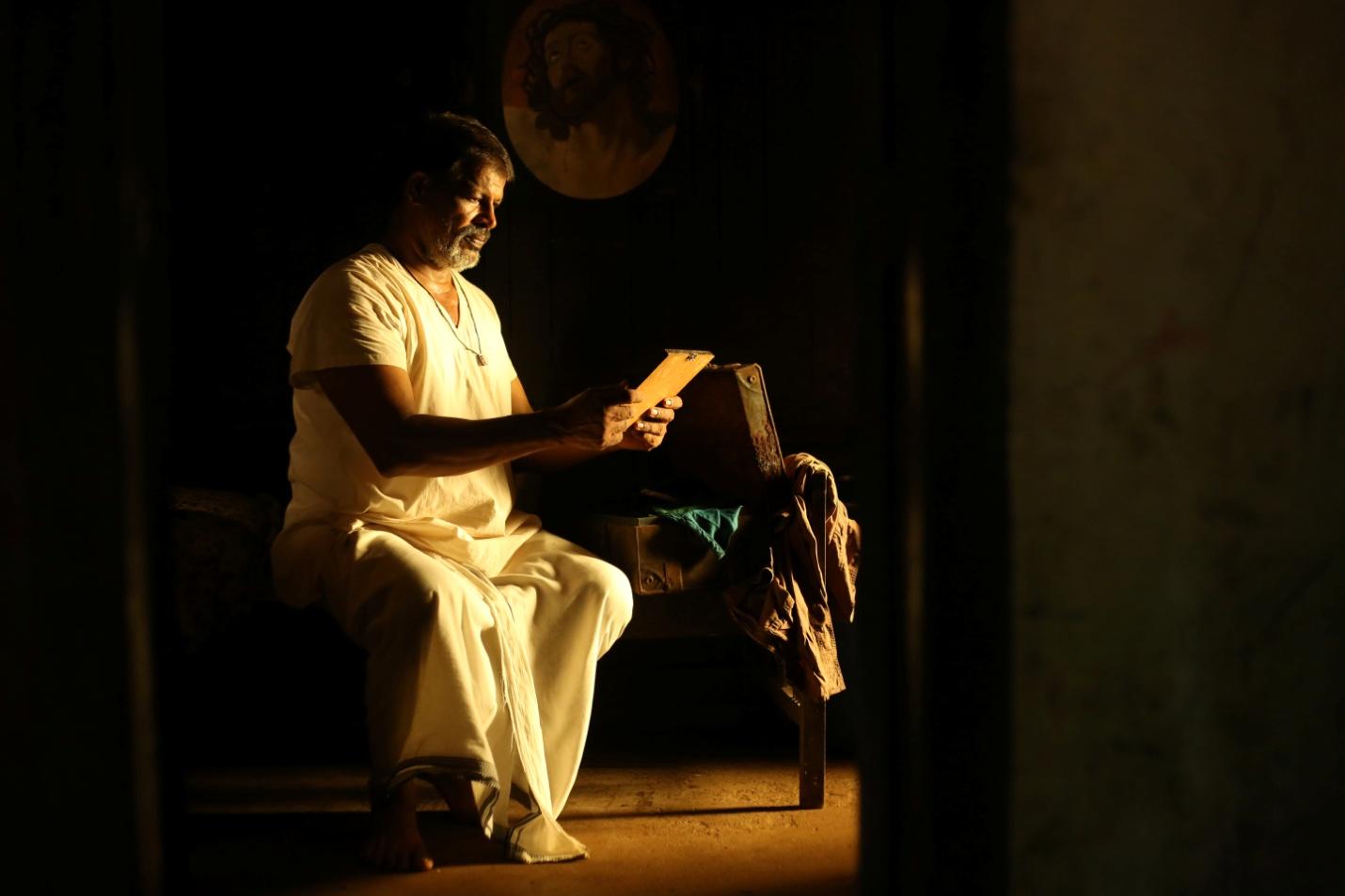 Each character in the film is unique and enigmatic. I wanted the actors to be fresh and imbued with an air of mystery. Some names came to me as I read the story. Such as Abhilash Nair (playing Hari) an incredible actor and FTII graduate, and Prasant (Bineesh) final year student of KRNNIVSA Kottayam, a charming actor. There were 50 more actors and about 20 animals to be cast.

The cinematographer is a film’s co-author. Manesh Madhavan, who has been with me through life, has a rare knack for capturing the essence of spaces and of creating harmonies of dark and shade, light and mist. Sreya Chatterjee gives a fresh, evocative touch to the film’s editing.

I thank my producer Murali Mattummal for his courage and trust in risking an independent film that has a cast and crew of freshers.

I definitely hope the film reaches more people, either through festivals or releases. The two IFFK awards, Best Debutant Director (the Silver Crow Pheasant) with a jury headed by none other than the venerable Marco Muller, and the FIPRESCI Award for the Best Malayalam Film, hopefully will pave the way for more film festivals.

My next feature film is based on a story by C Ayyappan, one of the best story writers from Kerala who deserved far more recognition in his lifetime.

The only dream for a film maker is to continue making films.​