Will Mayurakshi Change the Direction of Bengali Cinema

Mayurakshi, released in the last week of 2017, is perhaps going to redefine entertainment in contemporary Bengali cinema that largely offered escapist entertainment through copyrighted hits from the South reproduced in Bengali, or, cleverly adapted remakes of old hits or thrillers, or, concocted, post-modern attempts at “bold” overtly “Westernised” relationship stories punctuated by thrillers adapted from powerful Bengali stories.

Exceptions come sometimes in small, homeopathic doses such as the bright spot brought in through Koushik Ganguly’s Cinemawallah.

Within this scenario, some directors brought in what could be labelled “good entertainment” sometimes ‘wholesome’ and sometimes not quite so wholesome created through films like Maacher Jhol, Posto, Belasheshe and Benche Thakar Gaan. “Smaller” films like Bilu Rakkhosh have escaped notice for lack of proper exhibition opportunities.

Within this growing rainbow of Bengali cinema, I suddenly found myself watching Mayurakshi, a film on a father-son relationship that is mostly long distance and what happens when the son visits to see his 84-year-old father who is slowly and steadily slipping into dementia. Atanu Ghosh who has written and directed the film, began with science-centred programmes for national television followed by some very strong short films for a private channel before he stepped into the world of feature films for the large screen. 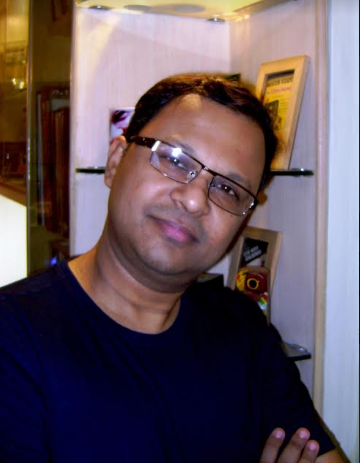 Mayuraskhi is also on a winning spree of awards aplenty, mainly for the acting by Prosenjeet and Soumitra Chatterjee as father and son and the supporting cast are pillars of performance. The film traces the shifting values across generations trapped within evolving conflicts arising out of the negative impact of globalisation, the sense of responsibility towards an ageing parent and family values that get strained due to pressurising circumstances beyond one’s control. The WBFJA also chose it for the Best Film of the Year Award besides bestowing awards on both the main actors of the film.

“Soumitra Chatterjee and Prosenjit have shared screen space before but not as central characters, not like films which had two stalwarts like, say, Dilip Kumar and Amitabh Bachchan in Shakti.... And now is the time for such a film because both of them are in an interesting curve in their acting careers. Soumitra kaku always approaches every film as new, he’s always eager to break the mould. And Prosemhit has been steering himself towards more challenging work over the years.

Amar mone hoy akta abhinoyer takkar hobe,” said Atanu in an interview which first triggered the idea of pitching these two stalwarts together as father and son. “After Atanu narrated the script of Mayurakshi to me, I took just five minutes to say yes. It’s a film about father-son bonding but each has his own journey too.... In the last few years, I have transformed as an actor and I felt I should do a sensible, cerebral film like this,” said Prosenjit still considered the numero uno in Bengali cinema who has now gravitated from the romantic action hero to more mature roles with great success.

What was Soumitra Chatterjee’s reaction to the role considering he had already worked with Atanu as director for three feature films and two telefilms earlier, all of them critically acclaimed but without much box office success? “Soumitra Chatterjee said he would listen to the script and then he said yes. It was a big learning for us all — how one can handle one’s professional life during such a family crisis, as his grandson lay in coma after a critical accident,” said Prosenjt. Adding, “He is still working at this age, and he puts everything into it…. This is my dream too to be like him when I am his age. The other person who inspires me as much is Amitabh Bachchan who is unbeatable. It is incredible.” 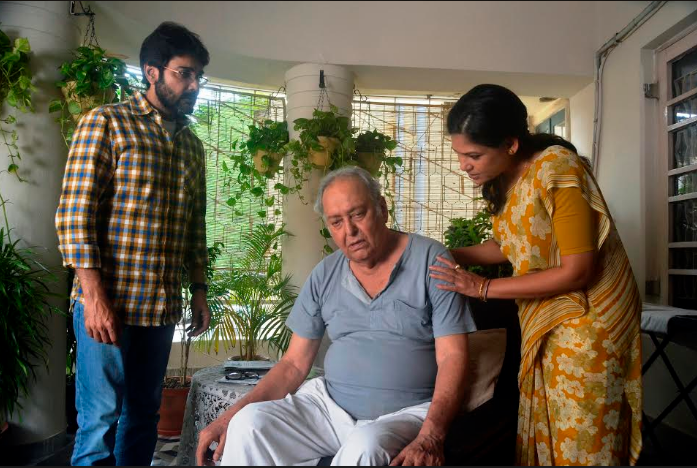 The soft-spoken and very grounded Atanu is very good at his job and his luck grew with every successive film which rose the confidence levels of his producers but the box office eluded his directorial ventures not because the audience did not like his films but because the exhibition outlets pulled out the films before the crowds could really push in to watch. But Mayurakshi, produced by Firdaussul Hasan and Probal Halder has turned the tables to surprise everyone not only with its critical acclaim but also with its records at the box office.

But why the surprise? Surprise because Mayurakshi is stripped entirely of any box office formula ingredients – romance, sex, physical violence or even a villain. The music and the songs are also very low-key and the story itself could distance an audience nourished on mainstream masala, song-and-dance numbers and thrillers. The entire ‘package’ if one could call it that, is choreographed with great care.

Atanu, who has just bagged the Critics’ Award from Filmfare for Eastern Region for this film says, “A scriptwriter writes, the director visualizes it, the actors perform, the cinematographer creates images, the editor gives shape to it, the sound designer brings it closer to life and finally the completed film is quite like a finished picture on a frame. But now, the director wants something to go beyond the frames, something that would break down the barriers and add more layers, which go far and wide.

And then he commissions a gifted music director for doing that. In Mayurakshi, I had a similar vision. And no one is better suited than Debojyoti Mishra when you are dealing with the subtle nuances of emotion, its complexities and its various hues and shades. Music provides the spectrum of the film and the objective was to go beyond the limits of visual and narrative exploration. I believe Debuda has done justice to that, rather brilliantly.”

Soumitra Chatterjee and Prosemjeet Chatterjee are winning awards all the way and the film will be part of the competition section at the Bengaluru International Film Festival this month.

“The title ‘Mayurakshi’ is both a characteristic and a metaphor. First, the central plot of the story has contrasting connotations of being quiet and calm at one point of time and violently critical at another, which is synonymous with the nature of the river, Mayurakshi. Secondly, this ebb and flow also serves as an undercurrent of the theme. That way, ‘the stream within’ is a metaphor,” says Atanu. One reviewer points out that the film has become a very big hit because of its rich content with which most contemporary Bengalies are able to identify with. Most senior citizens in urban homes are left alone to cope with their age, their loneliness and with their health issues when their children fly to foreign shores in search of a better and more flourishing future away from home.

Mayurakshi is the name of a river that becomes turbulent when the rains come and turns calm and quiet and peaceful at other times. The river is no part of this film. It is a metaphor for the vacillating turbulence and quiet calm that the lives of the characters are defined by, and also takes shape in the name of an elusive character whose name is Mayurakshi. “Life is just moving back and forth and about quest” says Aryaneel, the sad and lonely son, spelling out the tone and ideology of the film.

On hindsight, there is not much difference between the father and his fifty-ish son. Both are extremely lonely and sad souls and the son Avraneel, tries to recreate the bonds where the threads are threatening to break under his father’s steadily failing memory that is strong enough to read into his son’s sad mental state but too weak to recognize people at certain times. Says the director Atanu, “As the story focuses only on a few days (five days, to be precise), it it deals with a single pivotal issue.

That issue, or crisis, is born out of the son’s relationship with Sushobhan, his 84-year-old father, presently suffering from dementia and other neurological disorders. The matter turns out to be of utmost concern for the son, and he has to find a solution to it before he is scheduled to go back to USA. So, the focus is single and central, but the film does explore a wider spectrum of issues, which does include the changing mode of relationship among others.

“We look forward to the time when the Power of Love will replace the Love of Power. Then will our world know the blessings of peace,” his father writes on a white board with a piece of pebble he picked from somewhere. His son at once recognizes that the sentence is one of the famous quotes from Wuilliam Ewart Gladstone who was Prime Minister of UK spread over four terms beginning in 1868 and ending in 1894,.

The universality of this saying that transcends time, space and geography, also sort of sets the pace of the film which drags in the beginning to pick up in pace and narration when the very quiet and reserved Aryaneel begins track into his past, through his depressing present where he takes serious interest in his father’s condition.

The crux of the story hangs on a single question – who is Mayurakshi and where is she right now? Shushovan desperately begs of his son to bring her to him just once and the son sets off on his search for this woman, once his father’s favourite student his father once wanted him to marry. It is a question whose answer is left entirely to the audience to decipher and get at.

Mayurakshi could as much be an illusion as she could be a real woman lost to time. It could be the middle-aged woman trapped to a wheelchair (Gargi Roychoudhury) who Aryaneel finally finds in a small house significantly named “Asroy”meaning shelter. Or is she a myth created within the steadily increasing dementia Shushovan is sucked into?

Hats off to team Mayurakshi for this wonderful redefining of “entertainment’ vis-à-vis contemporary Bengali cinema. Content is once again the King of this film world.