Street Food of Kolkata (There's A Lot Of It!)

Luchi bhaji to baked rasgullas to..

KOLKATA: The streets of Kolkata are always brimming with life. That's how it's always been. These streets have seen Bengali manush deliberating at length on art, cinema, national politics, world politics and of course, communism. An integral part of this perennial and omnipresent intellectual indulgence is the street food of Kolkata.

One such place is Sharma Tea Stall in Ballygunge. Things get busy here early in the morning, with morning walkers trooping in for their post-walk meal. The scene is quintessential Kolkata, busy and full of life. The place serves two types of kachori, a very popular mini version (five pieces to a plate) or the bigger kachoris, served with aloo sabzi. You can add a piece of crisp jalebi on the side.

On the whole the street food of Kolkata is dominated by luchi bhaji (usually breakfast), Kolkata kathi rolls (all-day snacks) and a cup of chai from a roadside stall. 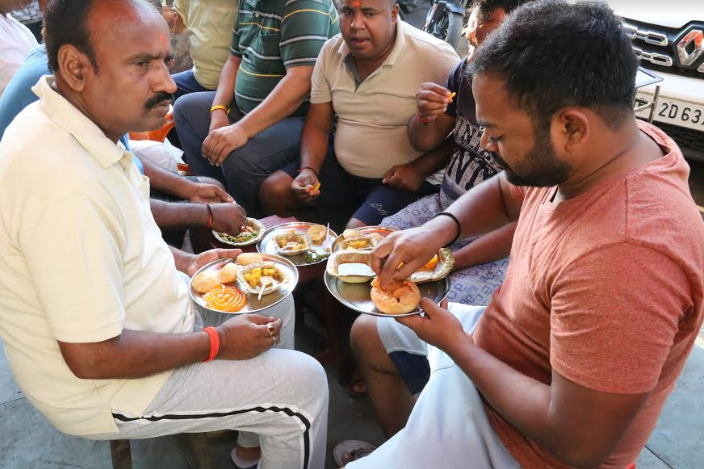 Luchi is the Bengali version of north Indian puri, made with maida (refined flour). You can still get excellent luchis with aloo bhaji at many a roadside stall, for as little as 15 rupees. These stalls crop up early mornings along most main roads, and do brisk business feeding office-goers their breakfast. It's a quick, tasty meal which will keep those hunger pangs at bay till it's time for lunch. Luchi-bhaji, too, is usually rounded off with a piece of jalebi, which though not a Bengali dish and probably arrived from neighbouring Bihar, is now easily available in Kolkata streets.

Another, much richer version of luchi is the Radhaballabhi, which is also available in shops as a breakfast dish. The main difference is that here the luchi is filled with urad dal paste. It's not as crisp as north Indian kachoris and is mildly spiced as well.

Another popular indulgence for the people of Kolkata are deep-fried chicken or fish cutlets. They are available in numerous makeshift stalls, and are fried in front of you. 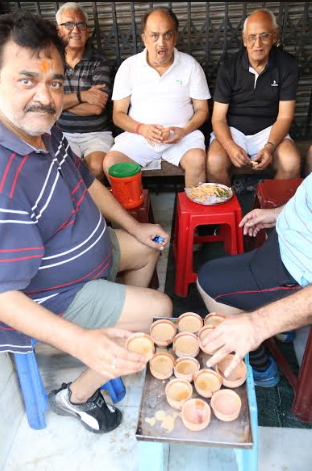 When in Kolkata, the baked rasgulla is a great way to finish your meal. Baked rasgullas have become a favourite innovation. Although there are a few claimants for the role of inventor, the claims of famous sweet-maker Balram Mullik seem to be the most convincing.

Baked rasgullas are made by pouring a mixture of paneer, milk, cornflour water, saffron water, powdered sugar and cardamom powder over rasgullas which have been squeezed to remove the sugar syrup. The whole thing is then baked at 150ºC for five minutes and served hot.

The king of Kolkata street food, however, is the good old kathi roll: or kati roll: or simply ‘roll’. The kathi roll is said to have been invented in Kolkata sometime in the 1930s. A restaurant called Nizam is said to have made it popular. Today the rolls are all over the city. No matter where you are, the next kathi rolls shop is always just around the bend. 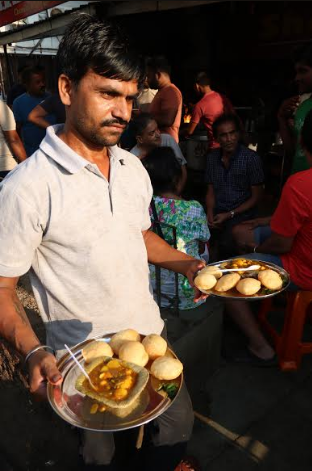 A few of these rolls shops have attained star status among food lovers here. Kusum Rolls is one such outlet, located in the happening area of Park Street. Every evening a goodly crowd of roll lovers will collect here.

A roll is basically a parantha (layered with fried egg, if desired) which is rolled with a filling of chicken or mutton pieces or kebabs done in skewers. They come in many other versions, of course – with paneer, mixed vegetables, seekh kebabs, or fish tikkas. But the undisputed winner, provided your digestive system is strong enough for it, is the double egg and double mutton roll. Kusum Rolls does a killer version.

Hot Kati Rolls, also in the Park Street area, is another long-time popular rolls outlet. Yet another famous name in Kolkata rolls is Baba Rolls, located in Mirza Ghalib Street. The rolls here come cheaper as compared to other big names. 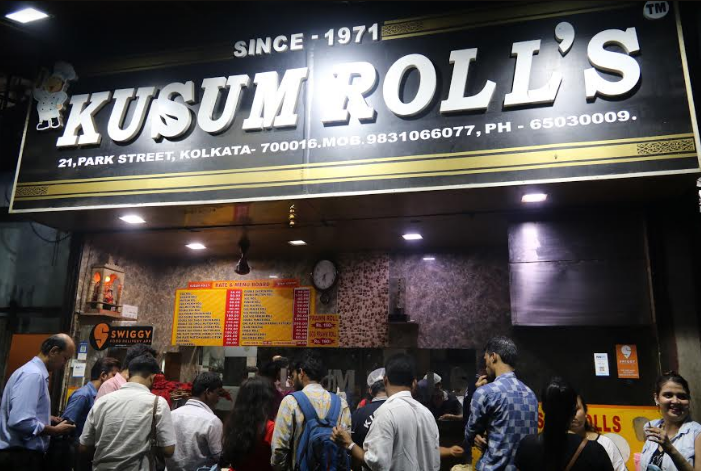 Kolkata biryani is another popular dish served at many roadside eateries. It's also quite cheap when compared to its counterparts in north India and the Deccan. Arsalan is a popular Biryani outlet among locals.

Biryani in Kolkata also has a story to it, with connections to the Lucknow of yore. The last Nawab of Awadh Wajid Ali Shah, who loved a good life like no other, was deposed from the throne by the British. After taking over his kingdom, the British packed him off to Bengal on a yearly pension. He arrived in Metiabruz, located on the eastern bank of the Hooghly, on May 13, 1856. With him came a large retinue, including royal cooks who introduced biryani to Kolkata.

But funds were scarce, and meat was lacking. So the biryani prepared in the kitchens of the exiled Nawab for his large house staff included potatoes and boiled eggs in addition to meat. The addition of potatoes and eggs is special to Kolkata biryani, which also uses fewer spices than its Lucknowi counterpart. And it is cooked in mustard oil, as is the norm in Bengal. It's often served with boorani, a type of raita, made using curd, mint leaves, green chillies, rock salt and cumin seeds. 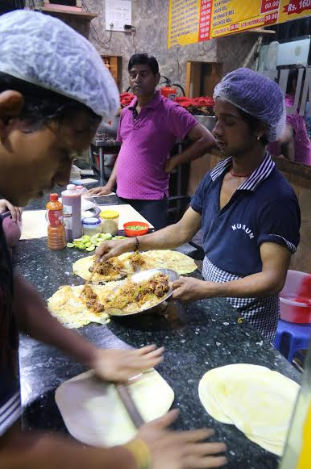 Looking to wash it all down? A hallowed Kolkata tradition is the streetside tea shop. A cup of tea will still come in small, earthen, environmentally friendly tumblers called bhaar. There is no particular time for tea; the Bengali manush will indulge in it every now and then, throughout the day, as he walks the streets of Kolkata.

Or, keep an eye out for jhalmuri, or coconut water, that other all-day quintessential Kolkatan indulgence. 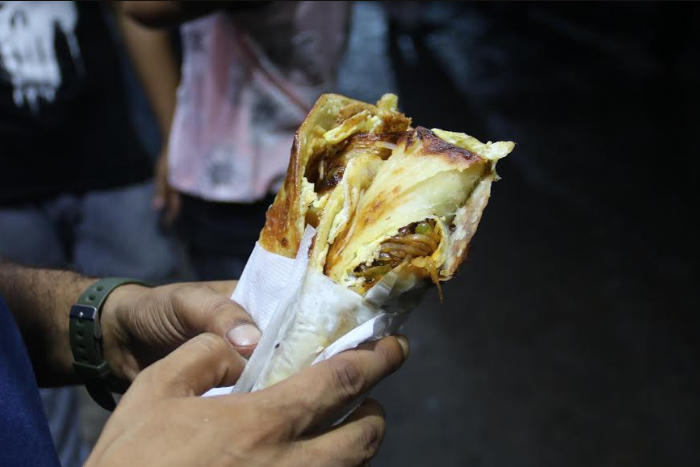