The Many Splendours of Toronto for Indian filmmakers

The Toronto International Film Festival (TIFF) was launched in 1976 as the Toronto Festival of Festivals by local cineastes Bill Marshall, Dusty Cohl and Henk Van der Kolk. The trio aimed to bring a collection of the best films gathered from film festivals around the world to Toronto’s eager film buffs. The first programme was held on October 18 through 24, 1976 ...

Since then TIFF has grown to lofty heights as one of the world’s largest and most lauded film festivals. Emerging and known filmmakers vie for its accolades to help them with the year-end festive season and the Oscars held in March. Another attraction is TIFF’s avid, vibrant film culture that embraces the professionals as well as its audience. For India, the TIFF exposure provides the rare chance to nudge the difficult North American market, trigger other leading festivals and recognition back home. 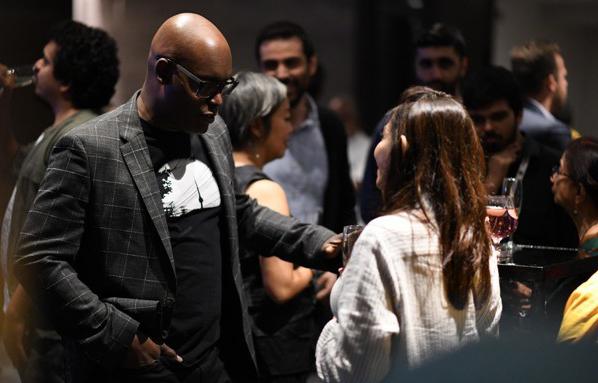 Cameron Bailey and Bailey at a MAMI event in Mumbai

Cameron Bailey, Artistic Director and Co-Head (along with Joanna Vicente), has been programming Indian films for TIFF for a good many years now and knows the country’s unique and varied cinema extremely well. Every June, he makes a week-long hectic visit to Mumbai to see the latest films, which now are kept in hopeful abeyance for his viewing.

A prolonged uncertainty follows as decisions on films selected trickle in, one at a time and far apart, almost until two weeks to its start. India is invariably well represented at this prized festival than most others, more in number and variety, with its presence going beyond just the films. There are carefully calibrated gatherings, meetings, receptions, exposure to the media, both private and public, to maximize the impact and learning experience of the attending directors. TIFF invariably invites almost all the directors of selected films.

This year, the festival has five Indian features spread over its key sections, all but one being world premieres. We will hopefully see them in India soon after, most likely at MAMI’s highly anticipated international film festival held in October. 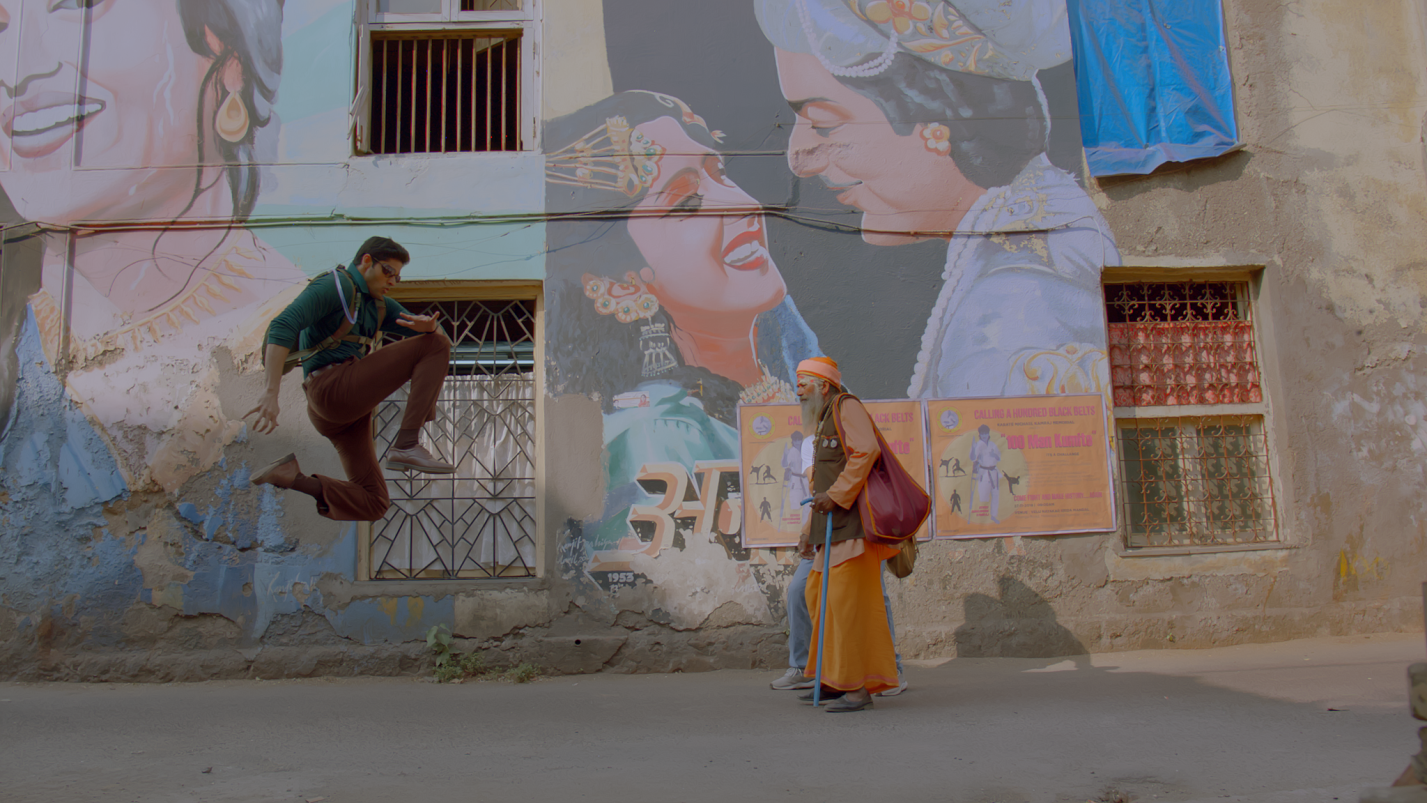 India has reason to preen this year. TIFF’s Midnight Madness (‘the best in action, horror, shock and fantasy cinema’) showcases its first ever Indian film: Vasan Bala’s ‘The Man Who Feels No Pain’ (Mard Ko Dard Nahin Hota). Produced by Ronnie Screwvala, the film’s bizarre, heart-rending story is on Surya, a boy with a rare congenital, life-threatening insensitivity to pain, which he tries to survive life by fulfilling his Kung fu VHS-filled daydreams. The cast is led by Abhimanyu Dassani, alongside Radhika Madan, Mahesh Manjrekar and Gulshan Devaiah. This is Bala’s second film in six years. His debut work, ‘Peddlers’ took him in one swoop to Cannes’ Critics’ Week and on to TIFF.

TIFF’s most media savvy and glamorous Gala section, a red-carpet parade of big, impressive films, includes the mercurial Anurag Kashyap’s latest work, ‘Husband Material’ (Manmarziyaan). Set in Amritsar, the 150-minute film in Hindi/Punjabi follows the spirited girl Rumi caught in a complicated love triangle between Vicky, a disc jockey, and Robbie, a London-raised Indian. She is being pressurised by family and society as she seeks love in today’s fast-paced world. The film, a Colour Yellow Production, presented by Eros International and Aanand L Rai, stars Abhishek Bachchan, Vicky Kaushal and Taapsee Pannu.

Making its North American premiere in the more contemplative Special Presentations is Nandita Das’ much appreciated and well-travelled, ‘Manto’.

After its world premiere at this year’s Cannes, the film’s Australian premiere at the Sydney Film Festival was followed by the Melbourne International Film Festival. Her biopic follows the most tumultuous years in the life of iconoclastic writer Saadat Hasan Manto and those of the newly divided countries of India and Pakistan, which he inhabited and chronicled. 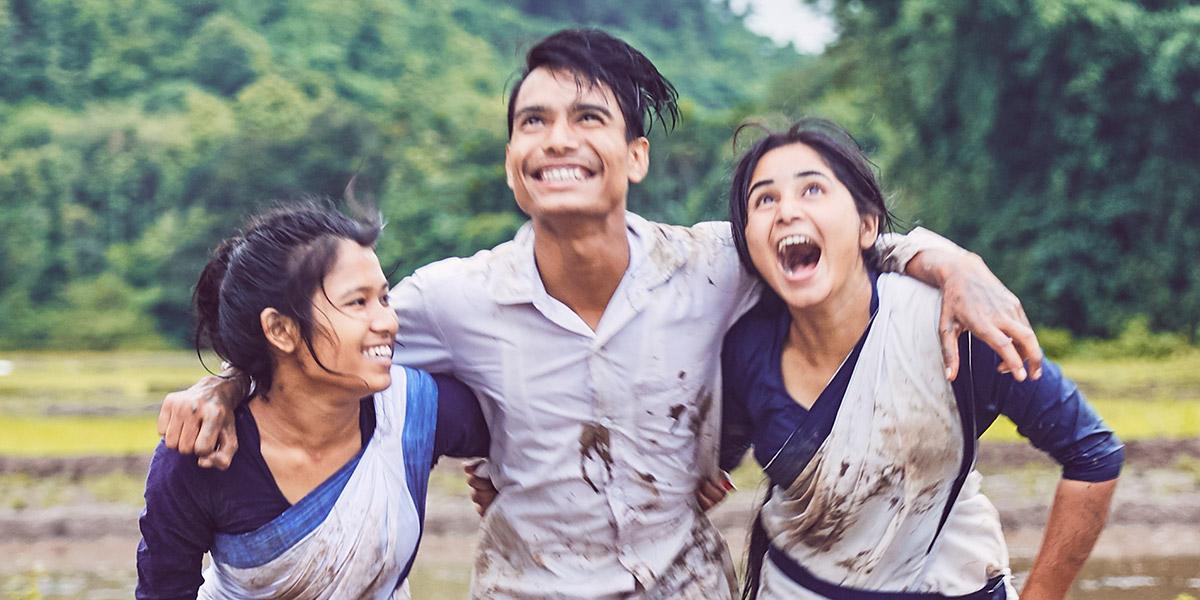 The Contemporary World Cinema (CWC) features ‘Bulbul Can Sing’, Rima Das' third independent feature. The writer-director-producer who charmed the world with her earlier film, ‘Village Rockstars’, says, “It’s a huge honour to return to TIFF after ‘Village Rockstars’. It’s like homecoming for me”. ‘Bulbul Can Sing’ is a visceral coming-of-age drama about a teenage girl, Bulbul, living in a village in Assam, fighting her way through love and loss as she figures out who she really is.

Also in CWC is the latest work by the talented director duo, Ritu Sarin and Tenzing Sonam, who run their unique film festival at Dharamsala. They present their latest, ‘The Sweet Requiem’, an India-US co-production at 91 minutes and in Tibetan. The film tells the story of a young Tibetan woman grappling with living in exile, revealing a side of the refugee crisis we rarely get to see.

TIFF Docs brings to the limelight the reclusive, intrepid chronicler of injustices in India, Anand Patwardhan. After screening his earlier two films, ‘In The Name of God’ (1992) and ‘Father, Son and Holy War’ (1994), TIFF highlights his latest work, ‘Reason’, which he has produced and edited. The documentary is his most urgent and thorough exploration of Indian society yet, divided into eight chapters which chart India’s slide away from secular democracy toward divisions of power, caste, religious belief, and the violence that has followed.

TIFF’s Short Cuts highlights two London-based filmmakers, Jayisha Patel with ‘Circle´ and Sandhya Suri with ‘The Field. ‘Circle’ presents the poignant and personal story of 13-year-old Khushboo, weaving together the horror of her gang-rape and emotional abuse at the hands of her grandmother who orchestrated it, and her child marriage to a man she doesn’t know. As Khushboo goes from one abuser to another, we delve deeper into her grandmother’s story, to where this circle traces back. The project has an online, interactive, constantly evolving web platform connecting the myriad narratives of victims of sexual violence, creating a space for these voices to interact and form bonds of solidarity. Sandhya Suri’s ‘The Field’, a French-UK co-production, 19 minutes, is a refreshingly layered portrait of a woman, a poor agricultural labourer, Lalla, who bravely pursues a different kind of life to the one she has, by leading a double life in the village's last remaining cornfield. But she feels threatened as the harvest approaches. 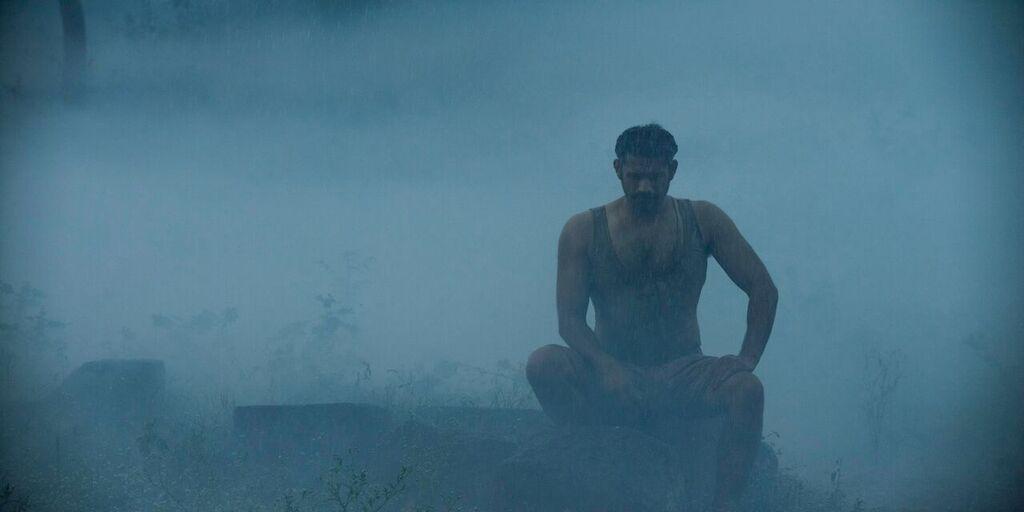 Hopefully, the jinx of not a single Indian film being featured in competition at a leading world festival for close to 25 years (Shaji N Karun’s ‘Swaham’ was in Cannes’ competition in 1994), will be broken. Time will tell.