Bulbul Can Sing, she sure can

With just her third film (and second selection at TIFF), 'Bulbul Can Sing' premiering at 2018 Toronto International Film Festival, the quiet and contemplative Rima Das from Assam has forged a formidable international name and niche for herself. Dominating the world scene since much earlier, the explosive, confrontational Anurag Kashyap presents his 12th major feature film, 'Husband Material’ (‘Manmarziyaan’) at the festival. These two filmmakers, so poles apart in their cinematic stamp and landscape, very strangely, in their latest work, make the same point: women deserve to find and affirm their own sexuality. These were the first two Indian films that screened early on at the festival.

Rima Das has expanded the scale of her vision from the contained, focused view of her captivating ‘Village Rockstars’, arguably the most widely-travelled Indian film over the past year (over 50 festivals and winning plaudits all the way). In it, she presented a captivating picture of rural life in India through a tomboy of a girl who yearns to have her own guitar and band. She finds support from her mother who bravely disregards a disapproving community conditioned to believe that girls must follow set rules of propriety.

In her latest, ‘Bulbul Can Sing’, Das delves deeper into the complexities of rural life. Here teenaged girls are permitted freedom and show far more character and confidence in the way they conduct themselves. This is so especially with the boys they hang around with, outshining and even bullying them. The girls wander together, at times with the boys, in their private world of rushing river waters, green fields, and branching trees filled with flowers of bewitching colours. Their minds and bodies being shaped in this seductive surround, the more spirited among these young girls choose their boyfriends. But when they are drawn to be physical, indulging in kissing, and decide to be tactile with each other within the lush foliage that hides them, moral policing raises its ugly, brutal stance, for which the bewildered girls and their families pay a heavy price. The film lays bare the divide between the young and their elders, some tacit in their understanding, others shamed and hurt. Das' latest film conveys so much of the tyranny and subjugation that women of all ages, especially teenagers, have to undergo. 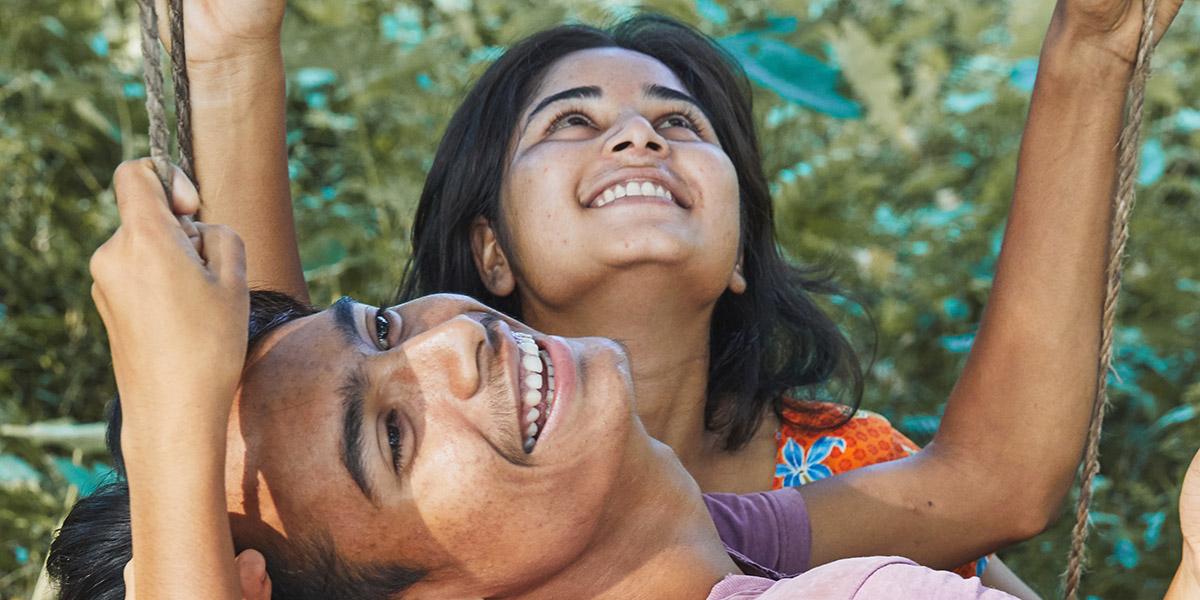 While ‘Bulbul’ is imbued with gentle observation augmented by a backdrop of burgeoning womanhood being coerced into fruition in unbridled village greenery, Anurag Kashyap's ‘Husband Material’ is diametrically and dramatically the opposite. It is in-your-face, fiery, sizzlingly honest, and overpoweringly loud in dialogue as well as music and dance. The film is led by the unstoppable young Rumi, played with adrenalised bravado by Taapsee Pannu. The film is set in Punjab, in a joint family. Its rambunctious soundtrack has the typical lilt and joie de vivre of the song, dance, and music of that region. 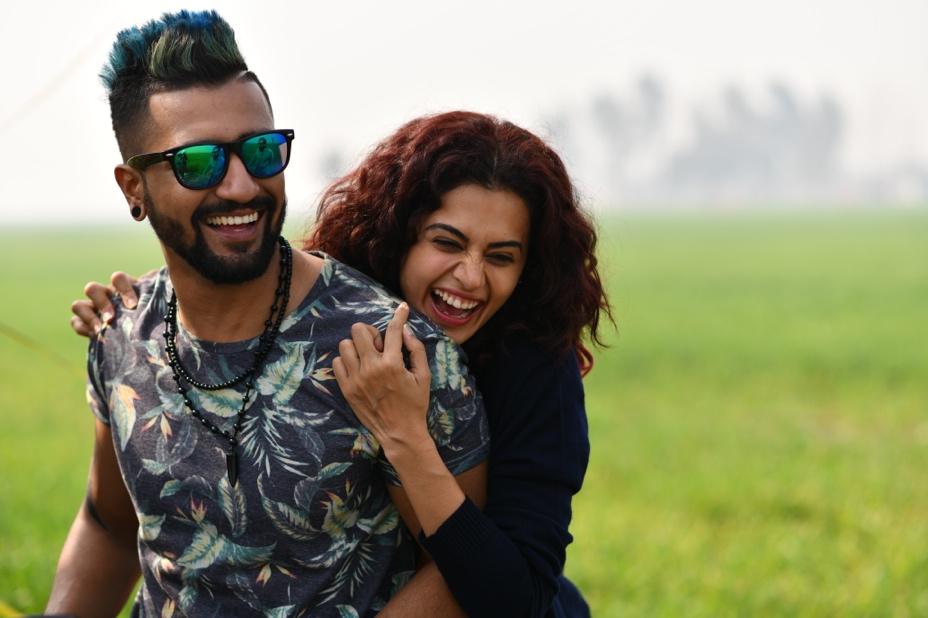 The film follows Rumi who has found excitement in an audacious youth, Vicky (Kaushal). He sports a blue-coloured haircut and has the tendency to unlimb at every turn into a wild jig. The two brazenly enjoy their secret sexual trysts which take place under the very nose of her family. However, when the family consults a marriage ‘contractor’ to find her a groom, they want the man of her choice to ask for her hand in wedlock. To Rumi’s rage, dismay, and defeat, Vicky cannot commit himself in this time-honoured way. Then another suitor enters her life, the suave, gentle, and patient Bobbie (Abhishek Bachchan). She makes it very clear that her arranged marriage has been forced on her and remains cold, distant and hostile. She even succumbs to Vicky’s advances on and off, but reluctantly. However, in time, the heroic Bobbie, every woman’s dream husband, tames her shrewish instincts. Hopefully, they live happily ever after. 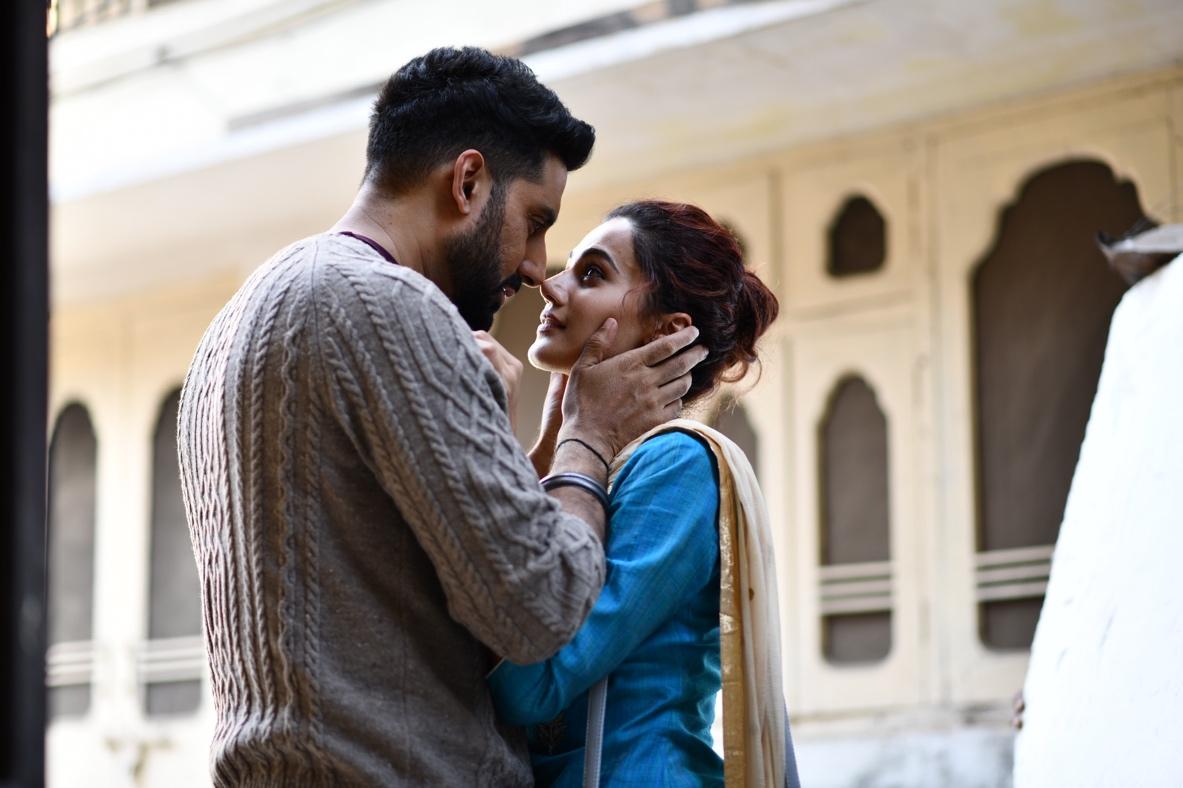 Kashyap’s film is loud and clear when it comes to a woman being allowed her say in her sexual needs and choices, and in marriage. The dialogue sustains the film’s breezy and carefree honesty. The setting is urban and the humour comes in when the bewildered elders try hard to understand the carefree and open lifestyle of the youngsters.

The ‘Me Too’ movement has entered India as well. It is indeed heart-warming to see directors as respected and as different as Das and Kashyap showing us where women are placed in the country’s evolving social milieu.