History in a Labyrinth of Tunnels

If you’ve been to Vietnam and haven’t visited the Cu Chi tunnels, then you have probably missed out seeing one of the most indigenous and complicated man-made structures in this world.

Cu Chi tunnels was not only home for thousands of Viet Cong guerrillas, but it was also a complicated structure consisting of numerous trenches, bunkers, booby traps, bomb shelters and an amazing air ventilation system. Now part of a Vietnam War memorial park in Ho Chi Minh City (formerly Saigon), the Cu Chi tunnels have become a popular tourist attraction.

In order to combat better-supplied American and South Vietnamese forces during the Vietnam War, Communist guerrilla troops known as Viet Cong (VC) dug tens of thousands of miles of tunnels, including an extensive network running underneath the Cu Chi district northwest of Saigon. Soldiers used these underground routes to house troops, transport communications and supplies, lay booby traps and mount surprise attacks, after which they could disappear underground to safety.

The tunnels of Cu Chi were built over a period of 25 years that began sometime in the late 1940s. They were the improvised response of a poorly equipped peasant army to its enemy’s high-tech ordnance, helicopters, artillery, bombers and chemical weapons. Cu Chi tunnels grew to house entire underground villages, in effect, with living quarters, kitchens, ordnance factories, hospitals and bomb shelters.

In some areas there were even large theatres and music halls to provide diversion for the troops (many of them peasants) and their supporters. Soldiers cooked, ate, slept, worked, and even went to school in these tunnels as conflict raged above. Believe it or not, every important facility was built into this extraordinary tunnel system. Cu Chi was also used as a base for sabotage teams and intelligence agents to infiltrate Saigon.

When the VC’s National Liberation Front (NLF) insurgency began in earnest around 1960, the old Viet Minh tunnels were repaired and new extensions were excavated. Within a few years the tunnel system assumed enormous strategic importance, and most of Cu Chi district and the nearby area came under firm VC control. The stunning attacks in the South Vietnamese capital during the 1968 Tet Offensive were planned and launched from Cu Chi.

To deal with the threat posed by VC control of an area so near the South Vietnamese capital, one of USA’s first actions was to establish a large base camp in Cu Chi district. Unknowingly, they built it right on top of an existing tunnel network. It took months for the 25th Division to figure out why they kept getting shot at in their tents at night.

The US and Australian troops tried a variety of methods to ‘pacify’ the area around Cu Chi, which came to be known as the Iron Triangle. They launched large-scale ground operations involving tens of thousands of troops but failed to locate the tunnels. To deny the VC cover and supplies, rice paddies were defoliated, huge swathes of jungle bulldozed, and villages evacuated and razed.

The Americans also sprayed chemical defoliants on the area aerially and a few months later ignited the tinder-dry vegetation with gasoline and napalm. But the intense heat interacted with the wet tropical air in such a way as to create cloudbursts that extinguished the fires. The VC remained safe and sound in their tunnels.

Unable to win this battle with chemicals, the US army began sending men down into the tunnels. These ‘tunnel rats’, who were often involved in underground fire fights, sustained appallingly high casualty rates as they dealt with booby traps and enemy troop presence.

When the Americans began using German shepherd dogs, trained to use their keen sense of smell to locate trapdoors and guerrillas, the VC began washing with American soap, which gave off a scent the canines identified as friendly. Captured US uniforms were put out to confuse the dogs further. Most importantly, the dogs were not able to spot booby traps. So many dogs were killed or maimed that their horrified handlers then refused to send them into the tunnels.

The VC guerrillas serving in the tunnels lived in extremely difficult conditions and suffered horrific casualties. Only about 6000 of the 16, 000 cadres who fought in the tunnels survived the war. Thousands of civilians in the area were killed. Their tenacity was extraordinary considering the bombings, the pressures of living underground for weeks or months at a time and the deaths of countless friends and comrades.

USA had also declared Cu Chi a free-strike zone: little authorisation was needed to shoot at anything in the area, random artillery was fired into the area at night, and pilots were told to drop unused bombs and napalm there before returning to base. But the VC stayed put. Finally, in the late 1960s, American B-52s carpet-bombed the whole area, destroying most of the tunnels along with everything else around. The gesture was militarily useless by then because the USA was already on its way out of the war. The tunnels had served their purpose.

The tunnels do give us a fascinating glimpse into what life was like during the war. The tunnels were preserved after the war and have been converted into a large war memorial complex. The complex consists of two main display sites at Ben Dinh and Ben Duoc. The Ben Duoc site contains part of the original tunnel system, while the Ben Dinh site features tunnel reconstructions that provide an accurate idea of what using the tunnels must have been like.

Some of the most interesting experiences is trying first-hand the potato, cassava, and sesame salt dishes from the Hoang Cam kitchen which were popular during war time. Sliding into an original ‘hiding hole’ and going into the tunnels is ethereal – definitely not for the faint-hearted or those suffering from claustrophobia.

The villages of Cu Chi have since been presented with numerous honorific awards, decorations and citations by the government, and many have been declared ‘heroic villages’. Since 1975 new hamlets have been established and the population of the area has more than doubled; however, chemical defoliants remain in the soil and water, and crop yields are still poor.

However, the indefatigability of the locals must be saluted and their zest to keep going without looking back! 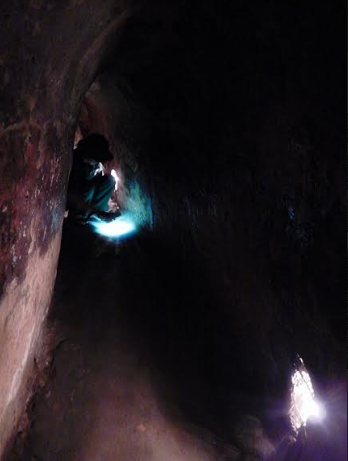 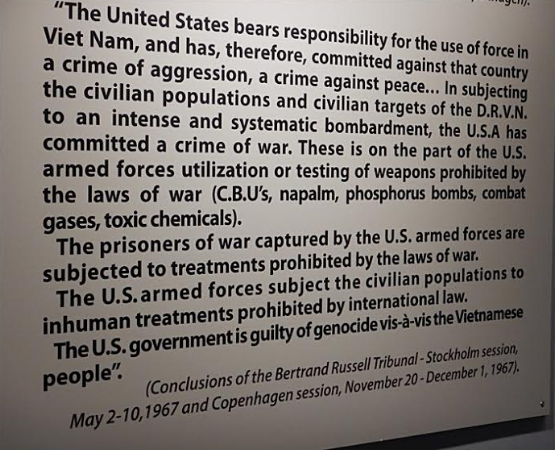 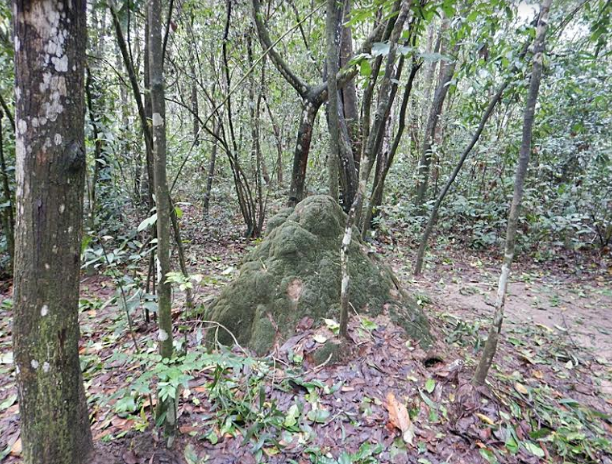 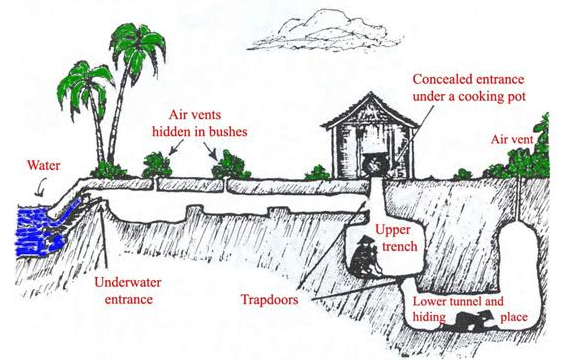 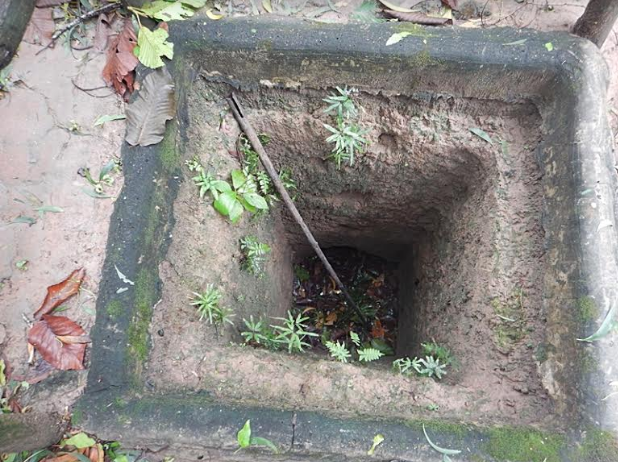 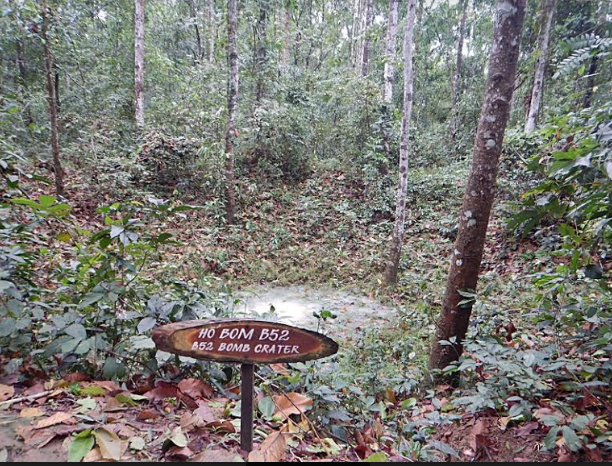 Delhi MLAs Met for 12 Days Last Year: What Do Our Representatives Do? 6 hours ago

Covid-19 Has Changed the Indian Wedding Industry 6 hours ago