JADUGUDA, JHARKHAND: Nestled in the mountainous district of East Singhbhum, this tiny dot on India’s vast map has become a virtual cancer ward for its residents, following years of dangerous radiation being emitted from uranium mines and tailing ponds in the area.

Jaduguda (or Jadugora) made its tryst with the hazardous byproducts of ‘clean’ nuclear power just 20 years after independence, when the country launched its nuclear programme.

Meeting 25 percent of India’s uranium needs, the town is in the news again as the Uranium Corporation of India Limited (UCIL) recently announced that it would soon resume its excavation operations here, following the renewal of its land lease for another 50 years.

Will Jaduguda’s residents still be able to live there 50 years from now?

As part of its indigenous nuclear power programme, India aims to generate 14.6 GWe (gigawatts electrical) of power through nuclear reactors in the next seven years - and 63 GWe by 2032. 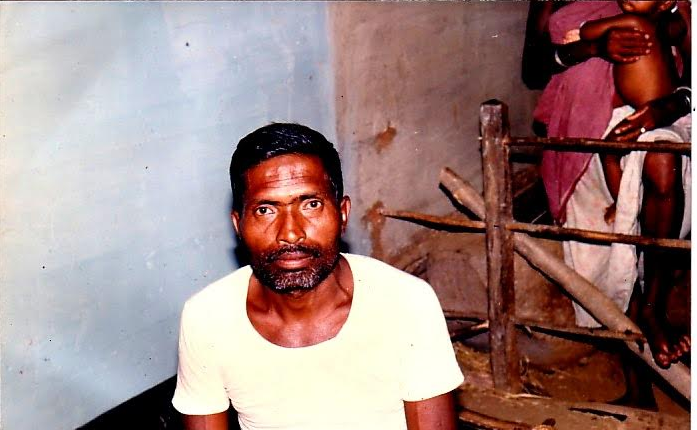 By 2050 the Indian government intends to meet 25% of its electricity needs from uranium-based nuclear power, as against 5% at present.

This ambition, however, may annihilate a large number of Adivasi citizens resident in Jaduguda - from the Ho, Birhore, Santhal, Kora, Beiga, Munda, Malpahari and Mahali communities - who already are paying very dearly for uranium mining.

Due to the dangerous fallout of radiation, they are suffering from a plethora of clinical problems which were unheard of in the area before the public sector UCIL began excavating uranium ores in 1967.

People in the area suffer disproportionately from congenital deformities, sterility, spontaneous abortions, cancers and a plethora of other serious diseases known to be caused by radiation and industrial pollution.

Despite the low risk and damage done by wind and solar renewable energy generation, large, destructive hydel projects and nuclear reactors with highly toxic byproducts continue to be a part of India’s energy generation plans - not to mention the use of fossil fuels which continues unabated. 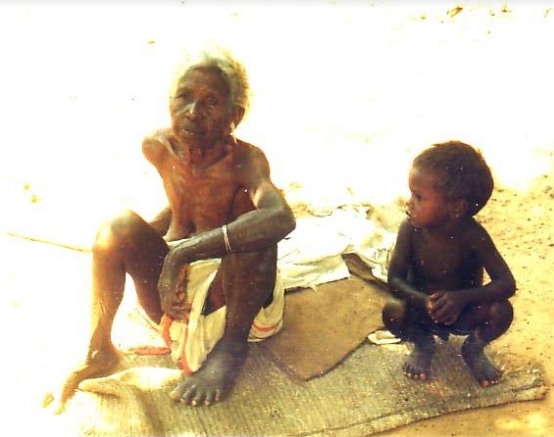 As you enter the hamlets located around UCIL’s mines and tailing ponds, where radioactive elements are dumped, the gory sight of deformed children playing innocently with their homemade toys meets your eyes.

The culprit is uranium, the highly radioactive mineral used in making nuclear warheads and for generating electricity.

Uranium is a sleeping monster. An estimated 99.28% of mined uranium ore is effectively waste - referred as tailings. These wastes are very highly radioactive with a centuries’ long half life.

In India the process of neutralising the toxicity of tailings is still done in a rudimentary manner, with simple lime, with the wastes carried through pipes to tailing ponds.

Of course, nowhere in the world is there a safe way to permanently dispose of nuclear waste, or render it harmless.

In Jaduguda, though the tailings are treated at an effluent treatment plant for the removal of radium and manganese, solid radioactive matter settles in the ponds, allowing toxic iodine to vitiate the entire atmosphere.

Radioactive elements also leak out of the tailing ponds and enter the earth and water during floods, affecting people, livestock, rivers, forests and agricultural produce in and around Jaduguda.

Yellowcake or urania, processed from uranium, is the lifeblood of any nuclear programme. Jaduguda uranium ore can be enriched to 0.065-grade, making it highly valuable for nuclear power generation. The yellowcake produced Jaduguda is sent to nine nuclear reactors in India.

To obtain about 65 grams of usable uranium, UCIL needs to mine, grind and process 1000 tonnes of uranium ore. The waste is thrown into the tailing ponds.

As mentioned these tailings undergo radioactive decay to produce other radioactive substances, such as radium-226 which in turn produces radon-222 gas, a highly toxic cancer-causing gas, which emits high-energy alpha and gamma particles that can shred genetic material in our cells, leading to cancer and other illnesses.

For instance, radon-222 gas damages the air passages in our lungs. It remains radioactive for 1,600 years.

So you can imagine what the extent of this “radiation trap” would be, given that uranium has been excavated and enriched here almost without a break since 1967.

The ores go through several process of purification. At each and every process, the ores emit radiation and other carcinogens.

Since the mining is carried out at depths as great as 880 metres, the miners also endanger their lives.

As long as uranium remains buried deep inside the earth, it does not pose any danger to living beings. But the moment it is brought out to the surface of the earth and ground, levels of radioactivity become hazardous in the ways described above.

Inside the Cancer Ward

On visits to villages in the Jaduguda uranium mine area, whether Chatikocha or Dungridih or others, several times this writer came across unusually large numbers of deformed children. They were born deformed.

According to an official estimate by the Union Ministry of Social Justice and Empowerment, nearly 3 percent of Indians suffer from physical disabilities, with congenital deformity being one of them.

Cases of impotency, frequent abortions, infant mortality, Down’s syndrome, cancers, thalassemia and other serious diseases have made Jaduguda their home.

Some 9,000 people here - almost a quarter of the population - are suffering from congenital deformities, leukemia, and various forms of cancer. Cancer deaths are commonplace here, and do not surprise locals at all now.

Now uranium mining is set to resume here, despite this public health catastrophe. Jaduguda’s citizens are slowly being choked to death before our eyes.