On the Halwa Trail in Old Delhi

In these winter days, it is not uncommon to meet people who complain about Dilli ki sardi (cold) and are quick to underline many reasons for it, and they may be right. But for those of us who want to celebrate the winter season, the reasons, thankfully, are many too.

For instance, Delhi winters present us with the opportunity to relish good old gajar ka halwa (carrot halwa). A recent trip I made to Purani Dilli with the intention of enjoying some gajar or moong dal halwa revealed many more little-known layers to the halwa tradition. 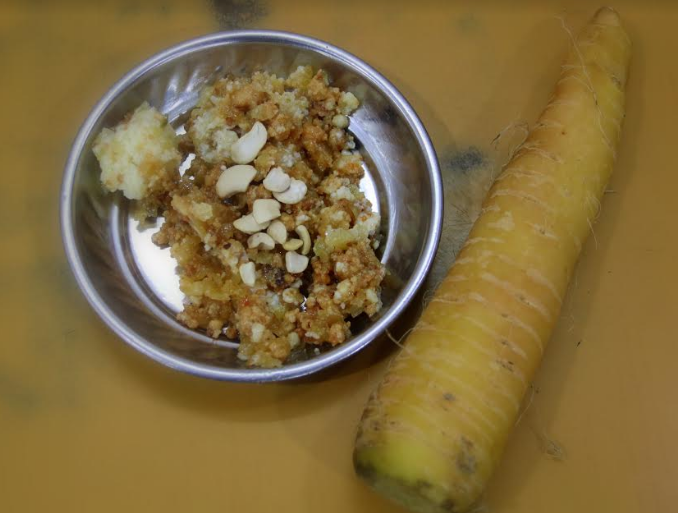 But Shereen Bhawan in Chitli Qabar does some unique versions of halwa. Here you will get the exclusive safed (white) gajar ka halwa, aloe vera halwa, and an another unique preparation called habshi halwa.

Eating safed gajar ka halwa, which unlike the usual red carrot halwa has an off-white colour, has a quirky feel to it. In the process of consuming my portion at Shereen Bhawan, when I wondered about the existence of white carrots, I was promptly presented with a specimen, which I duly photographed.

The taste is not much different from the usual carrot halwa, but safed gajar ka halwa seemed to have more texture than ordinary gajar ka halwa, which comes out softer. It is also prepared in the usual way, with milk and desi ghee with liberal quantities of khoya and dry fruits mixed in. 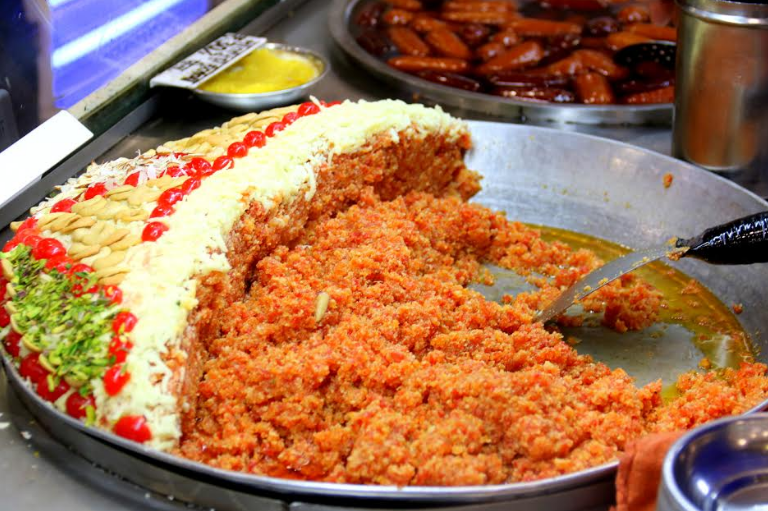 By contrast habshi halwa, an exclusive winter preparation, possesses a dark hue. Although the name, alluding to this dark hue, has a racial connotation to it (al Habash was Abyssinia) it presents a very rich fare. Habshi halwa is fashioned from whole wheat flour, desi ghee, sugar, some whole spices, predominantly clove, and dry fruits. It is cooked in milk for long hours which lends it the dark hue.

All these elaborate ingredients and preparation also lend it a very rich texture and chewy feel. It tasted totally different and is highly recommended. It is a traditional preparation though less well known, and some other people also prepare it in Old Delhi.

Aloe vera halwa has more recent origins. It is also less sweet, a delectable preparation that’s much easier to deal with. Both habshi halwa and aloe vera halwa are considered to have medicinal properties. 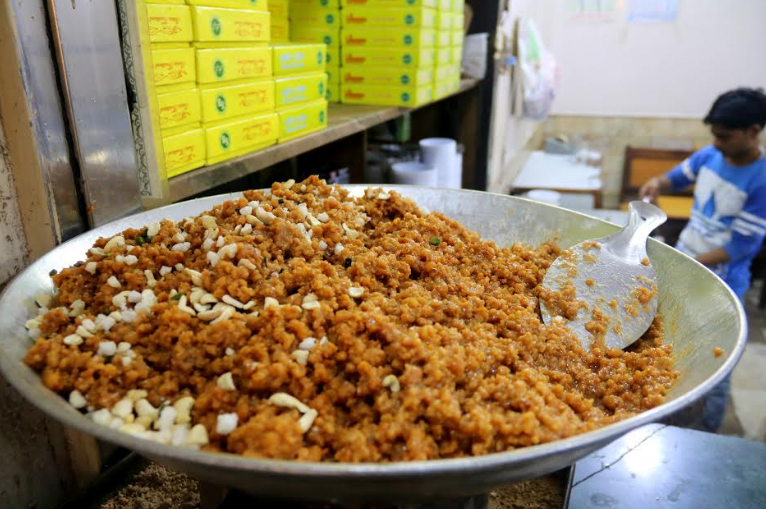 Shereen Bhawan, located in the Chitli Qabar area, near Matia Mahal, Jama Masjid, is like an Old Delhi institution. It was started by one Tajuddin more than a century ago and is now being run by his great-grandsons. In the initial decades Shereen Bhawan prepared and sold desi ghee, and turned to the making of sweets only in the 1940s.

For a taste of good old traditional Gajar Ka Halwa, another very fine option is the Giani’s on the Church Road near Fatehpuri. The place, though more popular for its rabri faluda during hot summer days, also makes good gajar ka halwa in the winter. They also serve up a good moong dal halwa.

Winter days and nights are also a good time to enjoy other popular Old Delhi preparations such as jalebi and shahi tukda, which are available all year round. For shahi tukda, a dessert made with bread and milk cream, head to Matia Mahal, near Jama Masjid’s gate number 1. 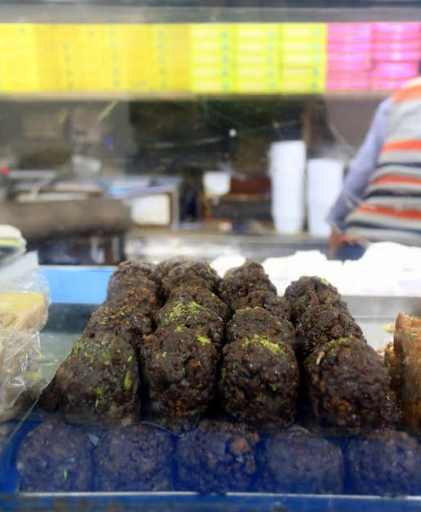 For jalebi of a thicker sort, a popular option is The Old Famous Jalebi Wala (located at the spot where Dariba Street meets Chandini Chowk). Chhetuti Chowk in Paharganj also has a few shops selling a good thick variety of jalebi.

Some other special winter sweets to be relished are the gond laddu and pinni, which are available is various sweet shops. Another dessert that you would appreciate especially during the winter months is khurchan. Try the famous khurchan shop at Kinari Bazar and you will be back for more.

All in all, it feels much better to appreciate the tasty side of Delhi’s winter - and ignore the realities of the smog infused air, flight delays and the barely there, Sun. 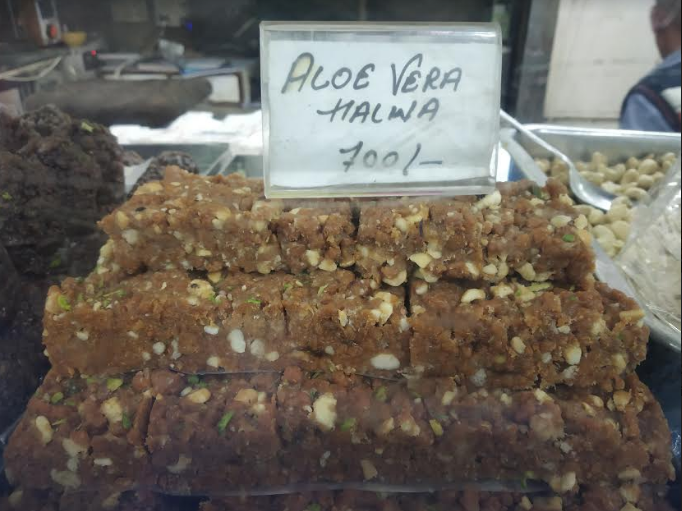