What Will People Say? Variations on Honour Killing

Violence against women, especially in south Asian societies, is not unknown. In fact domestic, social and physical violence is said to be especially rampant in southeast Asia, west Asia, and parts of Africa where women are oppressed, sidetracked and treated through humiliation, torture and insult. But what can you say about a Muslim family settled in Norway, in one of the coldest climes in the western world? Do Asian residents refuse to internalise the culture of the country they have come to, and force their children instead to follow their original culture, values and customs? Is that necessary - or, is it even possible?

Iram Haq, writer and director of the film What Will People Say, makes a scathing attack on Afro-Asian families - on a Pakistani Muslim family in this film, her second directorial film, through the shocking and tragic story of the pretty and rather naïve 16-year-old Nisha (Maria Mozhdah) who remains utterly confused from beginning to the end, trying to grope with what she did wrong, to be treated so inhumanly, and more important with the terrible feeling that for her father, mother and older brother, she simply does not exist.

'Did she ever exist?' is the question that keeps nagging us much after the film is over. Nisha, who is in school, is doted and adored and even spoilt to some extent by her father (Adil Hussain) and cared for by her mother (Ekavali Khanna). But her mother keeps strict tabs on her movements after school. The minute she’s discovered kissing her Norwegian boyfriend Daniel (Isak Lie Harr) who she smuggles into her room on late evening, all hell breaks loose, and the entire conservative Muslim community residing in that quiet, silent town is shell-shocked.

Nisha’s father tells her that the family’s 'respect' can be 'rescued' if she marries Daniel. Nisha is shocked because neither she nor Daniel is committed to marriage. They break up and this angers the father all the more.

Reports say that director Haq, as she did with her earlier film, draws on her personal experience of being trapped between two extreme cultures, and having to fight with both to allow choices of her own. Haq’s emotionally charged narrative smoothly shifts from one form of torture on Nisha to the next, telling of the brutal violation of basic human and civil rights.

Nisha’s sole 'wrong', if one may call it so, lies in having ‘shamed’ her family and the entire community of Norwegian Pakistanis, while her Norwegian identity and rights are denied to her, though she has been brought up in Norway.

Without informing her, Nisha’s father picks her up from the children’s home when she wants to return home. But instead of taking her back to her mother, he takes her along on a flight to Lahore to place her with his sister’s family, promising them monetary contributions in exchange.

She is placed in a local school along with her cousin, who she finds it very difficult to communicate with. But at home her aunt reduces her virtually to a domestic: the camera captures her sweeping the floors of the big house, rolling and roasting endless chapatis, and being pulled up for every mistake. 'You must learn to adjust to our ways,' is the constant refrain her unkind aunt tries to drill into Nisha (Night), and all she can do is be utterly confused and afraid and lost.

A shocking scene shows Nisha’s aunt’s husband taking her aside and burning her passport in front of her eyes, then telling her, 'Now you are our daughter', because she had tried to flee but failed. Her parents do not call her even once, which means that so far as they are concerned Nisha has ceased to exist, if she ever did. Her over-affectionate father drops his mask the minute he thinks she has broken the rules of their community and religion. This drives home the point that whether she is in Norway or in Lahore, it makes no difference to her life, as she has 'brought shame'.

The entire film draws power from Nisha’s terror-filled journey. Out of a sense of distance and alienation within her aunt’s family, Nisha develops a relationship with her cousin, her aunt’s son, and this leads her into greater trouble. While kissing in an alley outside the house they get caught by the police, who beat up the boy, strip Nisha and force the cousin to have sex with her in front of them. They video the act and lead them back home to demand a big bribe from her aunt in exchange for silence. They go on repeating 'buri ladki' (bad girl) and not one negative comment about the boy!

This is the final nail in the coffin of Nisha’s hopes of ever being able to escape her prison. Her father is summoned. He proposes a marriage between Nisha and the cousin, but his parents reject it and so does he. On their way to the airport, on the pretext of grabbing lunch he takes her to a hilly cliff and commands his daughter to jump. Nisha refuses and is taken back to her Norway home, to her coldly cruel mother and a non-communicative brother preparing to join medical college. Not once in the entire film does one see this brother talking to Nisha ever.

The camerawork captures the wintry skies of Norway as effectively as it does the dark alleys of Lahore with their shops, bazaars, and the school with the girls in prim and proper salwar kameez as uniforms - which has no positive impact on the mindsets of families like Nisha’s aunt’s - stopping at times to catch the sunset or focus on the scared, confused face of Nisha, who gives an outstanding, award-worthy performance, enough to carry the entire film on her slender shoulders.

A marriage alliance is fixed, and then, Nisha runs away. Her father, arms crossed in front of him, watches from the glass window of the apartment but does not do a thing to stop her. Is this silence on his part a way to get rid of a daughter who has become too heavy a burden to bear in the midst of the rising costs of the son’s medical education? Or, is this his way of setting Nisha free to find her own life and her own journey?

Nisha’s story is neither extraordinary nor unique. It is the exploration, the cinematic depiction and the straightforward narrative of a family who insists, who shifted from Lahore in Pakistan so that the 'children may be brought up and educated well', that gives the entire film a stunning texture as it shifts from a city in Norway to Lahore, on one of the most gruelling and painful journeys for a young girl who happened to kiss her boyfriend.

This excludes the natural imbibing of the culture of the country they have been brought up in (though the language is permitted because that is a convenience the parents know they cannot do without). To a certain extent, western apparel is also allowed so long it does not reveal too much skin (which the children find their own devious ways to escape from).

The film opens on a family get-together where Nisha’s parents dance close and share drinks, and Nisha is part of the entertainment. But her story reveals the façade of 'happy family' they have created without even being aware of it. Adil Hussain as Nisha’s father and Ekavali Khanna as the mother along with the other actors help inject credibility into the film, so much that you begin to hate them really.

The music is muted and is not allowed to overpower the narrative. The violence is both brutal and stunning because of the fascinating emotional power created by the striking images of the contrasts Life offers vis-à-vis Nisha on one hand and her parents and aunt on the other, filled with some scenes of graphic violence within the story and also, in the mise-en-scene with the local police video-recording the girl and the boy in the nude, the 'silent' violence of Nisha’s older brother who does not even deign to look at her, which are so deeply culture-coded that they quite effectively reflect the rooted gender-bias in the community, never mind the world, they inhabit.

Honour Killing: Dilemma, Ritual, Understanding, published by Oxford University Press and written by Amir Hamid Jafri is a first of its kind, systematic research study and exploration of the gruesome practice in certain cultures where the male agnates of a family kill their women in order to restore what they consider their family honour. Jafri was pushed to write the book after the cold-blooded honour killing of 29-year-old Samia Sarwar in Lahore on April 6, 1999 by her family, in the offices of her lawyers, Asma and Hina Jilani.

Sarwar had reluctantly agreed to a meeting with her mother and her attorney Hina Jilani. Jafri tells that Sarwar’s mother, a West-trained gynaecologist, brought along a gunman along who 'accomplished the task without much fuss'. Her father and maternal uncle were accomplices in the murder, and despite the relentless press headlines, no one was arrested.

People actually demonstrated on the streets to get Hina and Asma Jilani arrested, as facilitators of besmirching the 'family honour'!

Samia Sarwar’s father was at the time of this killing president of his hometown chamber of commerce and a model citizen. Samia was killed by her parents because she was said to have brought 'shame to her family and tradition'. A mother of two.

Samia was seeking divorce from her husband Imran, a doctor, on grounds of domestic violence and his drug abuse. Her parents and extended family wanted no such thing.

Going back to Nisha’s story in What Will People Say, would it have been better had Nisha been killed by her family? No, because her running away is a powerful political statement that reverses the gender bias against girls throughout the film. It restores our faith in the inner strength that gives all women the power to resist and rebel and run away and make all this possible, never mind when or where or how.

What Will People Say is much more than just one young girl’s journey to her escape to freedom. 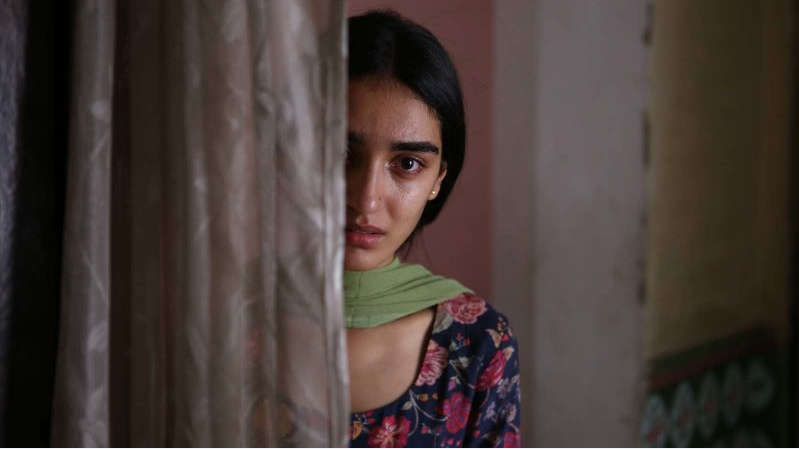