Wagah: 'We Would Like to Play With the Kids on the Other Side'

What about birds in flight? They fly wherever they wish to and no questions asked,'Manpreet says.

The Wagah-Attari border and the ceremonial function held there everyday is still on.

The ambience, however, has changed.

Young boys shout hate slogans at the soldiers on the other side. They did not do this before. Seniors who would earlier have scolded them for their hate-filled slogans, remain indifferent. Why? Maybe, this is a collective response to the Pulwama tragedy which raises questions more about the failure of intelligence and security on our side than about the attack that took away the lives of more than 40 soldiers leaving their families behind to face a harsh world.

The 3323 kms-long border came up after the Partition in 1947 when India split itself into India and Pakistan. The Wagah-Attari border ceremony happens at the border gate, two hours before sunset each day.[3] The flag ceremony is conducted by the Pakistan Rangers and Indian Border Security Force (BSF), similar to the retreat ceremonies at Ganda Singh Wala/Hussainiwala border crossing and Mahavir/Sadqi International Parade Ground border crossing. Following India's erection of a 360ft (110m) flagpole on their side of the border in Attari, in August 2017, a 400ft (122m) flag was installed on the Wagah side. The flagpole in Wagah is considered the tallest in South Asia. The pole in Attari is the largest in India.

Wagah is not just the name of a historical border that divides two people who are otherwise similar in cultural, emotional and even historical dimensions. Wagah is also the name of a wonderful documentary of 13 minutes duration made by Supriyo Sen in 2009. Made in 2009, The film is a point-of-view narration of one small boy, Manpreet Singh of Attari who goes to school in the morning and to the border in the evening to sell DVDs and CDs of the soldiers’ march on either side of the huge gate where around 20,000 people gather to watch the march and the flat-hoisting on either side. 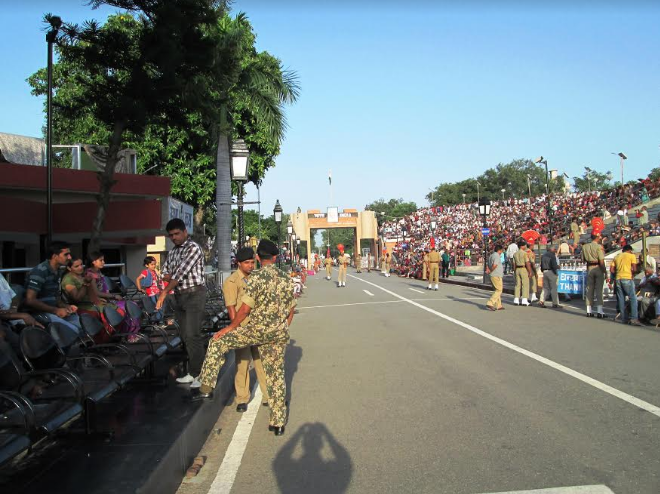 At the time the film was made, the ambience was harmonious and peaceful. It had been a wonderful site for tourists who crowded from across the world, sang and danced before the gates opened in the evening. The gathered audience on either side of the gate would happily wave and each other and belt out their respective national anthems.

The film won around 32 awards beginning with the prestigious Berlin Today 2009 Award, in its sixth consecutive year, announced in Berlin on February 9 2009. Wagah is the story of an extraordinary event that takes place at the only border crossing between India and Pakistan: The border is commonly known as the Wagah-Attari border with Attari on the Indian side and Wagah in Pakistan.

Every evening, thousands of cheering spectators would gather to witness a patriotic parade for the ritual closing of the border (produced by DETAILFILM). Wim Wenders, reading from the jury's statement, concluded that the film is “a convincing manifesto against any wall that divides people.” Wagah also won the Grand Prize of Bilbao International Documentary and Short film festival. The film featured at the Sundance Film Festival.

Detailing how this film happened, Sen says, “The Berlinale Talent Campus announced this competition in 2008 inviting filmmakers to make a 12-minute short film on the concept and the ideology of ‘border.’ Wagah is the story of an extraordinary event that takes place at the only border crossing between India and Pakistan. Every evening, thousands of cheering spectators gather to witness a patriotic parade for the ritual closing of the border. 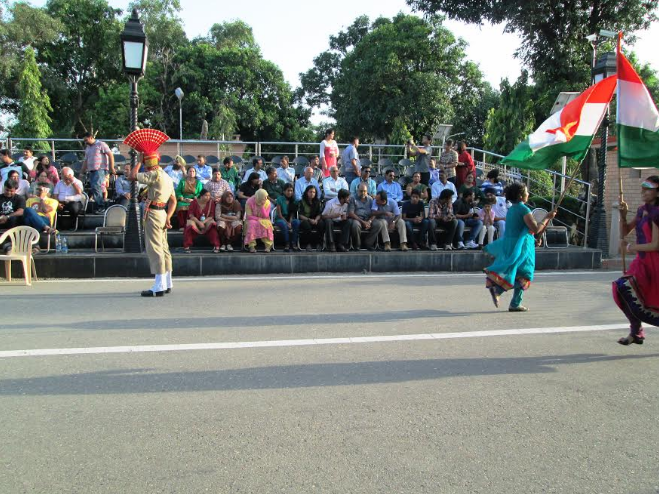 I was fascinated by the way around 25,000 people from both sides of the Wagah border (that draws the metaphorical and political lines between India and Pakistan) in the north gather in crowds just to watch the parade. I discovered that kids, who live near the border, actually run an indigenous business in selling CDs and DVDs of films made on this parade and the watching crowds. My film is a point-of-view depiction by three children of this parade.”

The film opens on the vast horizon of fields with three boys flying kites on the Indian side of the border. Since the skies cannot be partitioned off, one kite floats away to the other side and Manpreet laughingly says “now that it has gone to Pakistan, what will you do?” of his friends Gyani and Chali who are always with him,

The director then follows Manpreet to his modest home where he shows photographs of his family smiling all the time. The camera cuts to an assembly in Manpreet’s school and his voice-over tells us that his father can barely manage to pay the rent on their house after clearing his debts so he must earn for the family and also funds his own education. He goes on to explain how the slogans raised by the crowds on either side are distinctly different.

Asked what brought him to Wagah, a young visitor says, “I have never seen anyone from Pakistan but I know they are our sisters and brothers. So, I have not only come to watch the Beat the Retreat ceremony and the opening of the gates and the hoisting of the national flags but also to see Pakistanis.” 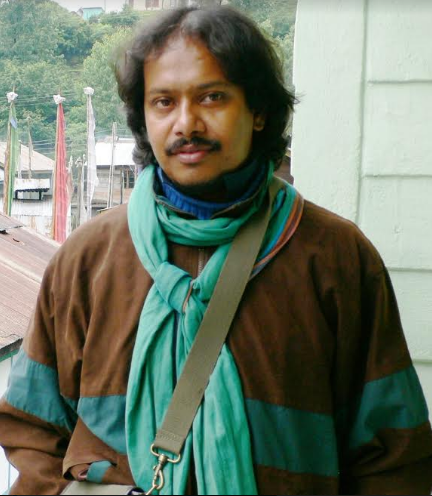 Little Manpreet says, the soldiers have told me that Pakistanis want Kashmir because Kashmit grows many fruits and flowers, which is naiveté presented from a child’s perspective. The camera cuts to girls, young women and children dancing away at the Attari border near the tall gate singing patriotic songs from Hindi films. We see intercut shots of Indian and Pakistani guards marching beautifully on each respective side till the time to hoist the flags and bring them down. One tourist says that he is truly sad that Pakistan was created which only served to divide the people of one country. “What about birds in flight? They fly wherever they wish to and no questions asked,” he says.

“How nice it would be if India and Pakistan would become one in the future. Our DVD sales would rise and also, we would be able to play with the kids on the other side,” Manpreet sums up.