Protests against the NRC and CAB are mounting across the country

NEW DELHI: President Ram Nath Kovind has approved the amendments to the Citizenship Act passed by Parliament. But three opposition chief ministers have stated that they will not allow these “unconstitutional” amendments to be implemented in West Bengal, Punjab and Kerala. More are expected to follow suit.

TS Singh Deo, Congress MLA from Chhattisgarh reportedly said he would urge Chief Minister Bhupesh Baghel not to allow the amended Citizenship Act to be implemented in the state.

Can a state government refuse to implement these amendments? Senior advocate Sanjay Hegde told The Citizen that the “state can administratively block” implementation since the “enumerators will be state government employees”.

“Although the powers are with the Centre, they are effectively carried out by the states. If the state’s administrative machinery were to refuse to cooperate, then it would be up to the Centre to try and enforce its law.”

Rajya Sabha MP Rajeev Gowda of the Congress told The Citizen that “the Citizenship (Amendment) Bill is a very regressive and divisive measure. I think we are seeing a lot of reactions against it from people who believe in the Constitution of India. The move by chief ministers to question and oppose the bill is certainly part of the reaction that any sane person would expect.”

“Chief ministers who want to celebrate India’s diversity, the diversity of their faith, and maintain law and order are standing up, and I expect that many more chief ministers will stand up against this,” Gowda told The Citizen.

Pinarayi Vijayan, chief minister of Kerala stated that “the Act is unconstitutional… The Citizenship (Amendment) Bill will have no place in Kerala and it will not be implemented in the state.”

West Bengal CM Mamata Banerjee said “It is the state government which implements a law. By passing the Citizenship (Amendment) Bill in Parliament and turning it into law, the Centre can’t force us to abide by it.”

Punjab CM Amarinder Singh released a statement on Thursday saying the “Congress, which has a majority in the State Assembly, would block the unconstitutional Bill in the House. My government, on its part, would not let the legislation rip apart the secular fabric of the country, whose strength lies in its diversity.”

Foreign governments too have come out strongly against the citizenship amendments and the proposed National Register of Citizens. A senior US State Department official recently described it to the US Congress as “a bald attempt to split the society”.

Meanwhile, protests continue to rage in the northeast states. State administrations’ suspension of mobile internet continues. The Assam government has extended the “indefinite curfew” imposed in the Guwahati and Dibrugarh districts to Tezpur and Dhekiajuli. It has also imposed a night curfew in the districts of Jorhat, Golaghat and Charaideo.

The Meghalaya government placed 20 localities in Shillong under curfew yesterday. This morning the government reportedly lifted the curfew in Shillong for 12 hours citing the absence of “untoward incidents”. 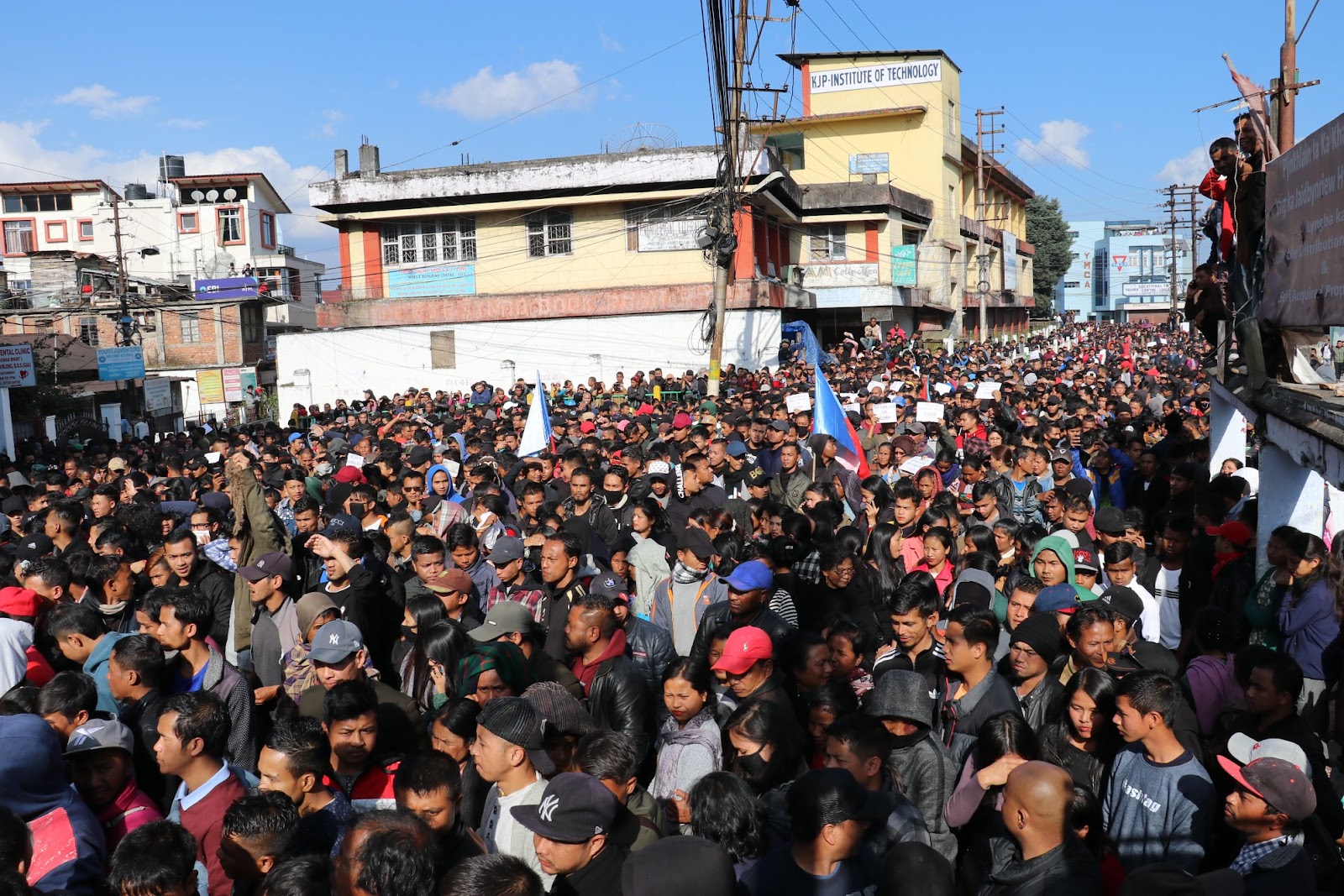 
However, people continue to defy the curfews and come out in protest, especially in Guwahati and Tripura. Reports of protestors blocking roads, setting afire buses, tyres and two railway stations, and attacking the homes of various MLAs including the private residence of Chief Minister Sarbanand Sonowal continue to make headlines.

Former chief minister of Assam Tarun Gogoi told reporters, “Two people have died, while many others have been injured. The internet is snapped, trains are stopped and flights are not operating. I have not seen such a situation even at the time of Emergency.”

CM Sonowal has warned of “strong action” against those engaging in violence. “We will not tolerate any violence. Strong action will be taken against anyone who is involved in vandalism,” he told PTI.

CCTV footage was broadcast on Mirror Now that purports to show Central Reserve Police Force personnel entering the Guwahati office of a private TV news channel and beating up the employees. The channel claims the attack was “unprovoked” and has demanded an unconditional apology from the Assam Police, it was reported.

Protests have been picking up pace in the rest of the country as well. Hundreds of student protesters held an anti-CAB march in Kozhikode. They are reported to have torn up copies the bill and burnt effigies of Union Home Minister Amit Shah.

The Karnataka government has imposed Section 144 of the Criminal Procedure Code, an emergency provision that prohibits the assembly of four or more people, in Gulbarga till 6 pm today, excluding the Deputy Commissioner’s office and locations where Friday prayers are held from its ambit.

In Aligarh some 25,000 students reportedly went on hunger strike in protest against the citizenship amendments and the NRC. Protests continue in Delhi too, with the Jamia Teachers’ Association of Jamia Millia Islamia University organising a protest against the CAB and NRC on campus today.