Voices in the Sky - Kites To Register Protests

To begin with Uttarayan in Gujarat will be quite different this time. The festival is marked by kite flying and the skies are dotted with thousands of kites on the auspicious occasion. However, this time around citizen groups will use the festival to fly kites with messages of brotherhood, unity, and a ‘No’ to CAA, NRC and NPR.

“We have got 35,000 kites printed with these slogans and have distributed them among residents of Ahmedabad, Nadiad and Panchmahal districts. Our friends in other districts will be doing the same. Our message is that you cannot implement Section 144 in the skies to curtail our freedom of expression and peaceful protests,” Shamshad Pathan of Alpsankhyak Adhikar Manch told this reporter.

Interestingly in Bharatiya Janata Party (BJP) ruled states like Gujarat, the state government has been going all out to quell dissent and protest on these subjects. The most ironical part has been that while those aiming to protest peacefully are being denied permission citing threat to law and order, those supporting CAA and NRC have been allowed to go ahead with their demonstrations that are littered with hate speech.

“In this country where there is lots of disparity and deprivation, we need an employment register and health register not something divisive like CAA, NRC and NPR,”Pathan added.

Those who have never flown kites in their lives are coming out to learn and select the kites for the auspicious day. “NRC nahi shikshan and arogya aapo” (Don’t give us NRC but give education and health facilities) and “Hindu Muslim Bhai Bhai, NRC and CAA bye bye” will soon dot the skies.

Uttarayan in Hujarat has been Prime Minister Narendra Modi’s public relation exercise over the last two decades. Film stars have joined him for kite flying. He himself has used these to hard sell his image of being development oriented with Vubrant Gujarat events being accompanied by international kite flying festivals.

Meanwhile in other states also protests are expected to intensify and get new shape and colour. In the hill state of Himachal Pradesh that has been witnessing extremely cold weather conditions, the Left has taken the lead in organising sustained protests. “This is going to be a long drawn affair. Undeterred by the cold we have held protests both indoors as well as outdoors amid snowfall. Once the weather improves,we are going to use street plays to tell the masses what such regressive moves mean for a democratic society. These protests would be intensified across the state,” former Shimla Mayor Sanjay Chauhan said.

The local dailies had carried reports of people coming out in heavy snowfall to protest on January 9. These included people from all walks of life. There is increasing anger against what are perceived as the government’s divisive measures, instead of all out effort in addressing concerns about the sinking economy.

In neighbouring Haryana, civil society activists have been taking a different route. “Since the police are also with the government and goons are spread out to create trouble against protests on CAA, NRC and NPR, we are linking these issues with more important concerns of employment, education and health. We are telling people from the socially and economically marginalized sections that it is to divert attention from issues of massive unemployment, sinking economy, failure to provide education and health that the government is coming up with such diversionary tactics,” Kavita Vidrohi of Jan Sangharsh Manch Haryana said.

On the other hand people in Punjab continue to go hammer and tongs against the BJP’s march towards ‘Hindu Rashtra’ and the central government’s “anti-people” moves. Shiromani Akali Dal (Amritsar) and Dal Khalsa have called for a complete shutdown in Punjab on January 25. 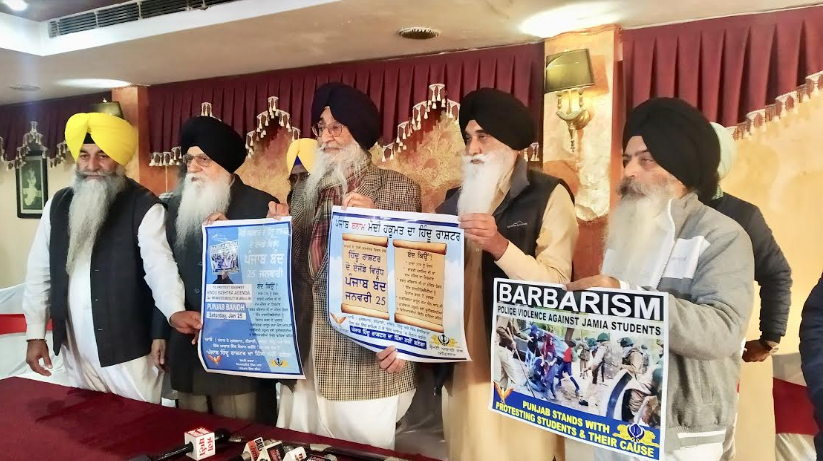 “Punjab will remain shut to register its protest against RSS agenda of Hindu Rashtra and to reiterate that Punjab won’t be part of a theocratic Hindu state,” said Simranjit Singh Mann and Harpal Singh Cheema who head these organizations.

They said that they have no illusion about BJP’s designs to convert India into a Hindu country that was evident with the abrogation of Article 370 in Kashmir, and now the CAA and NRC.

Dal Khalsa spokesperson Kanwar Pal Singh has made a fervent appeal to Muslims, Christians, Hindus, Dalits and Sikhs of Punjab to make the bandh successful by closing their educational and commercial establishments along with banks and petrol pumps on January 25. He, however, clarified that medical facilities including hospitals and chemist shops won’t be affected by the strike call. Also there would be no disruptions.

People affiliated to various other progressive organizations across Punjab have been doing their bit by visiting sites of protests in Delhi and expressing their support. These protest sites include Shaheen Bagh, India gate, Jamia Millia Islamia and Jawaharlal Nehru University. Protests across the northern states are expected to increase once the chilly weather conditions abate and educational institutions open after the winter break. 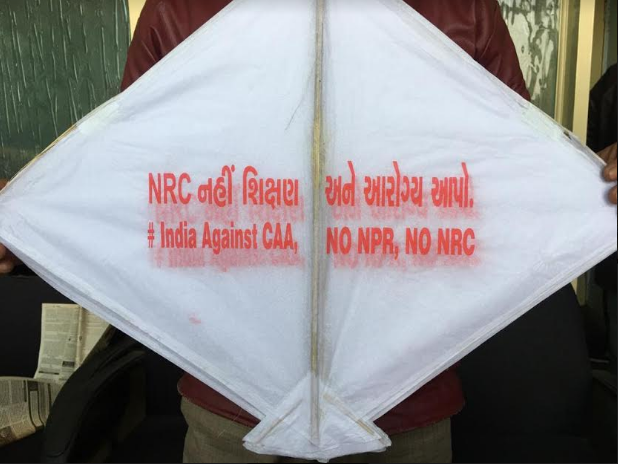