Protesters refuse to speak to media

With black bands tied over their mouths and placards in hand that read “Stop Police Brutality: We Stand with Jamia”, Shaheen Bagh is witnessing a silent protest today against the reported police action on students of Jamia Millia Islamia University on Monday.

No speeches have been delivered and protesters have refused to speak to the media, holding up their placards in answer to reporters’ questions. 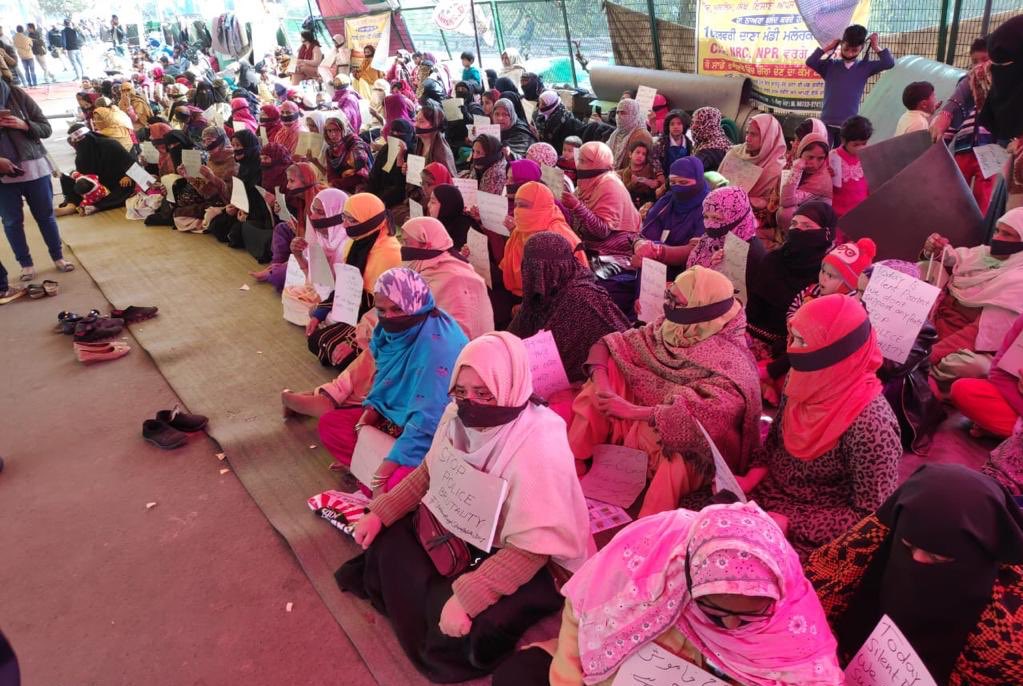 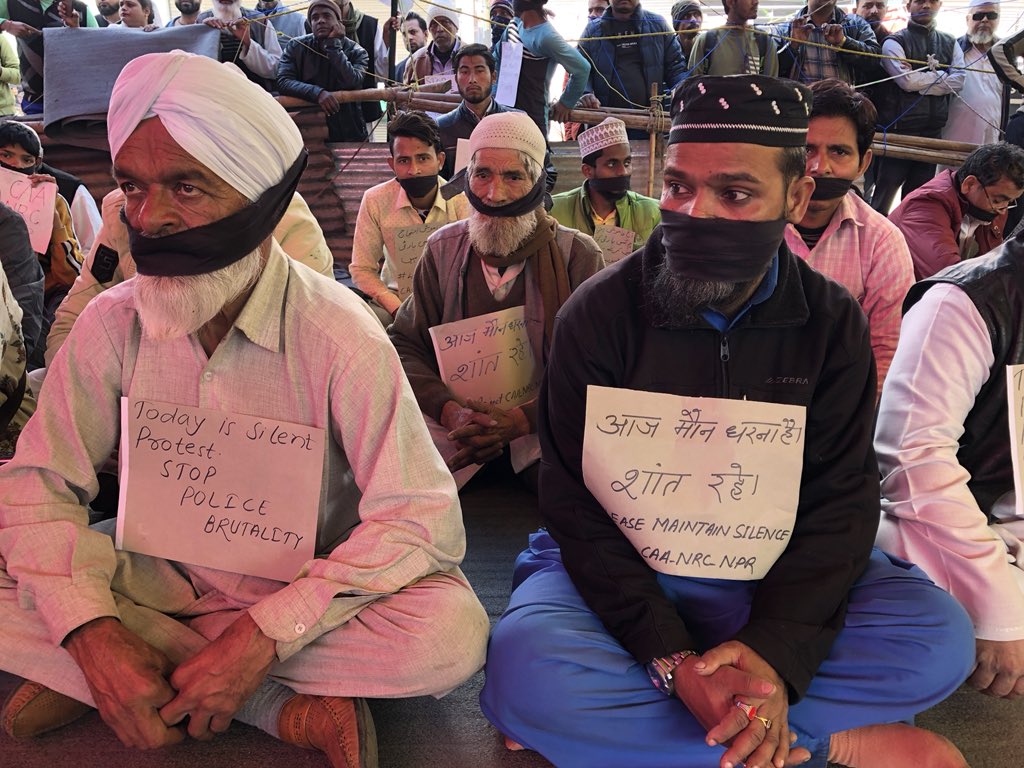 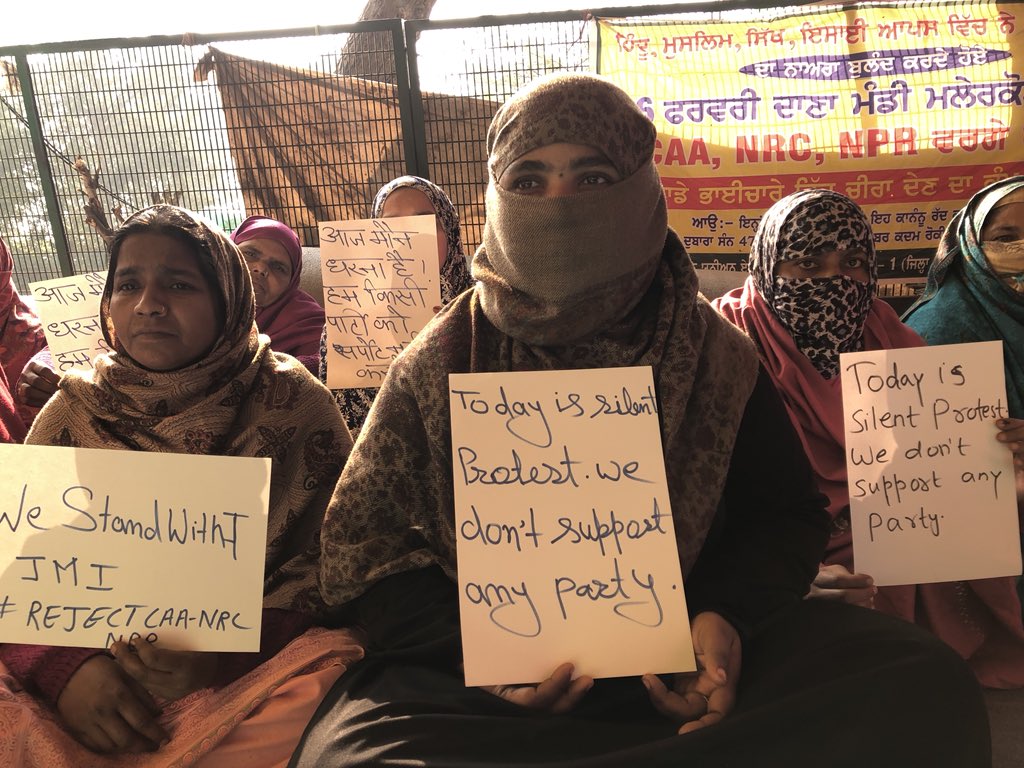 The clash between Delhi Police and Jamia students took place during an anti-CAA march to Parliament, with many students alleging the police hit them “on their private parts”.

Doctors at Jamia Health Centre told India Today that the students had been hit by blunt objects, and some had suffered internal injuries as they had been hit on their chests with lathis. 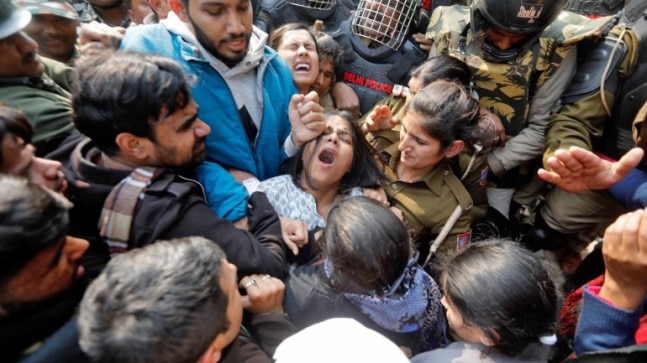 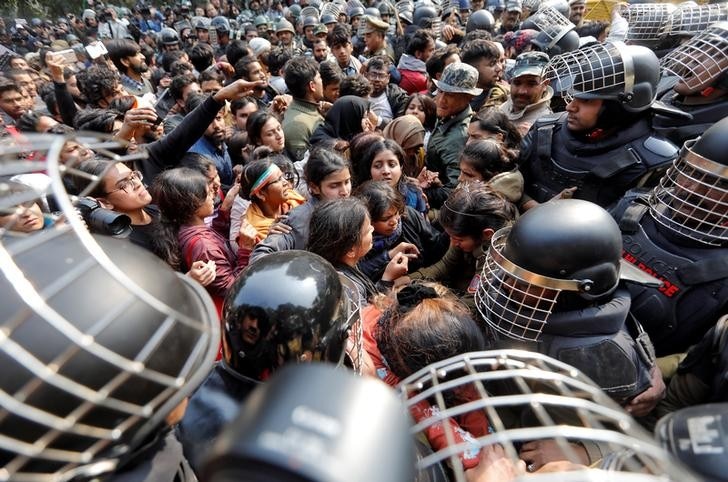 The march had turned into a stampede-like situation where students allege they were pushed and hit “below the belt” so that the beatings would not be caught on tape. "They were pushing us so hard that we got stuck in stampede four or five times," a student told India Today. "There are women who have been injured in their sensitive parts. I have been hit in the elbow and abdomen. They are hitting us with lathi below the belt so that it didn`t come in camera."

Later in the evening, some students alleged the police had resorted to using an “unknown gas” to disperse the crowd. Many complained of stomach aches and nausea while many others reportedly fainted. 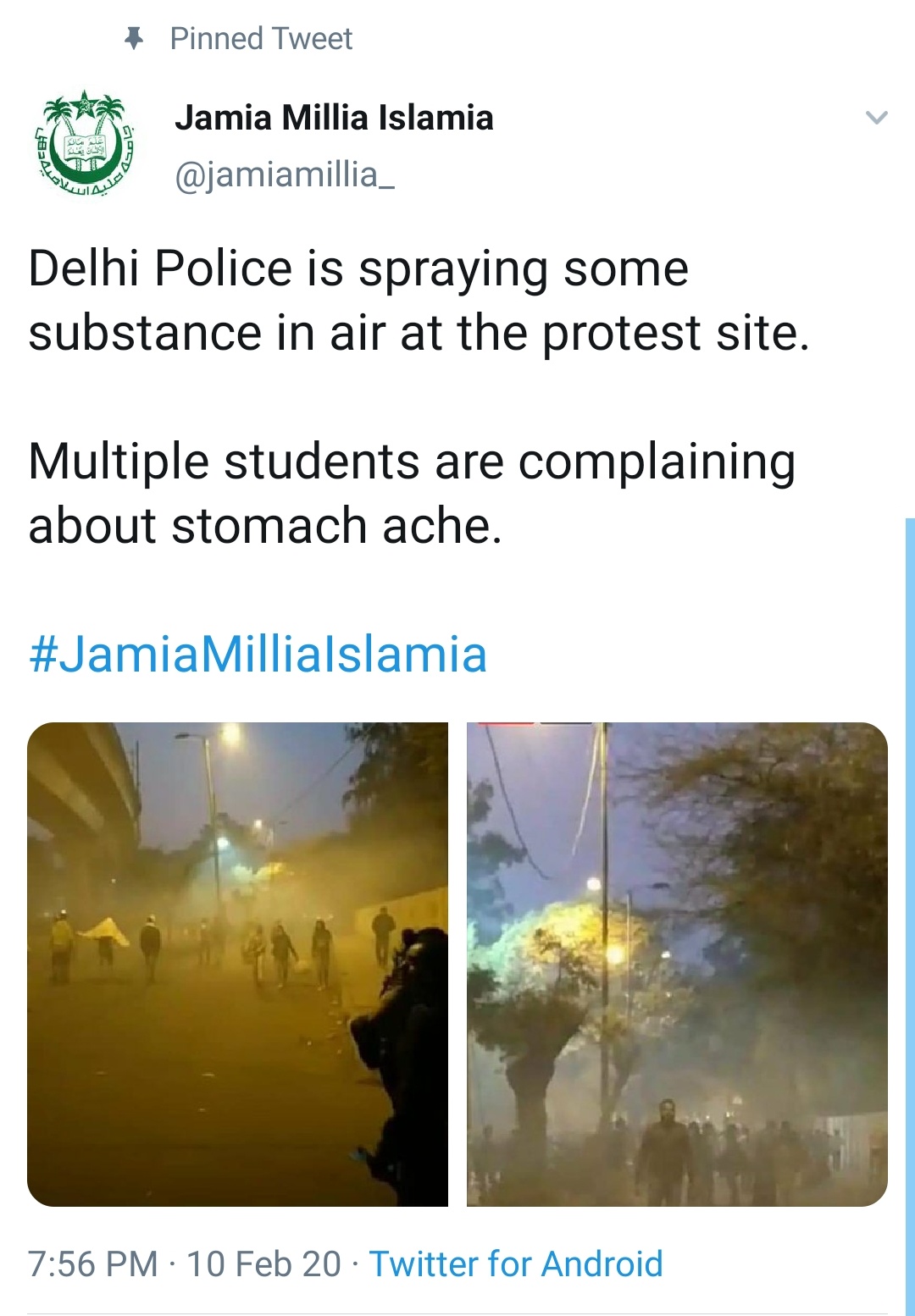 Scroll.in reported a student saying, “This was not tear gas. It was a capsule that fell and then smoke came out from it. A boy and a girl were standing in front of me and they started vomiting. My stomach started to hurt.”

“Saliva started to come out of my mouth and my tongue felt bitter,” the student said. “I did not feel anything in my eyes,” Scroll.in reported.

The Telegraph reported that a doctor confirmed the use of a “toxic chemical spray” due to which at least thirty protestors were hospitalised. 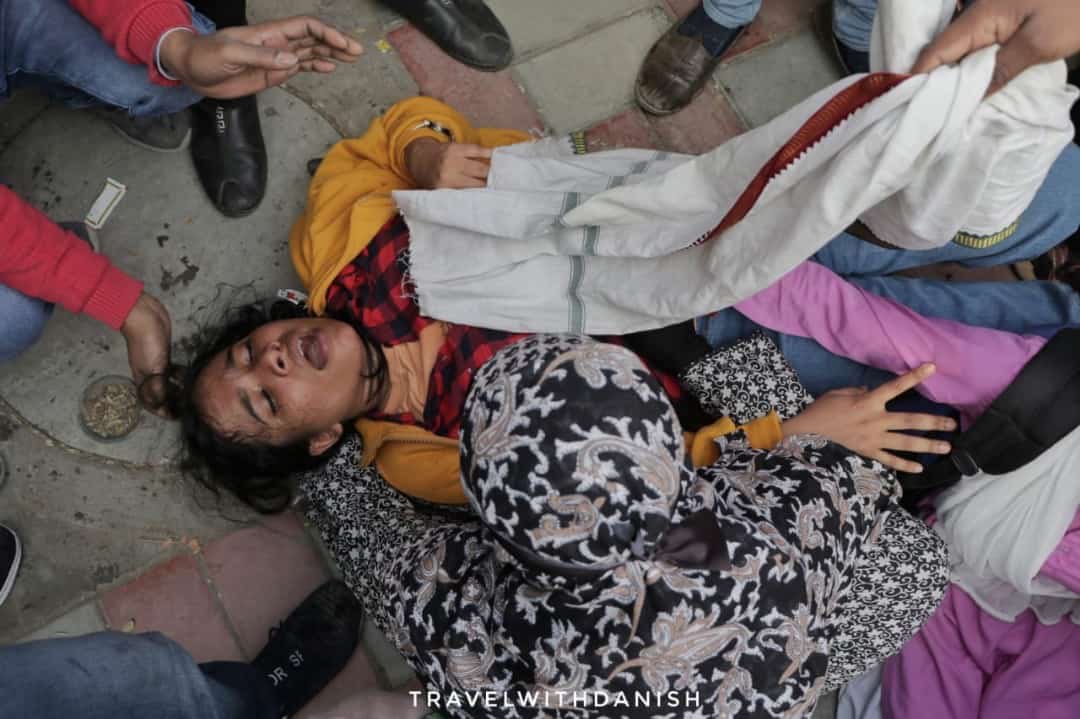 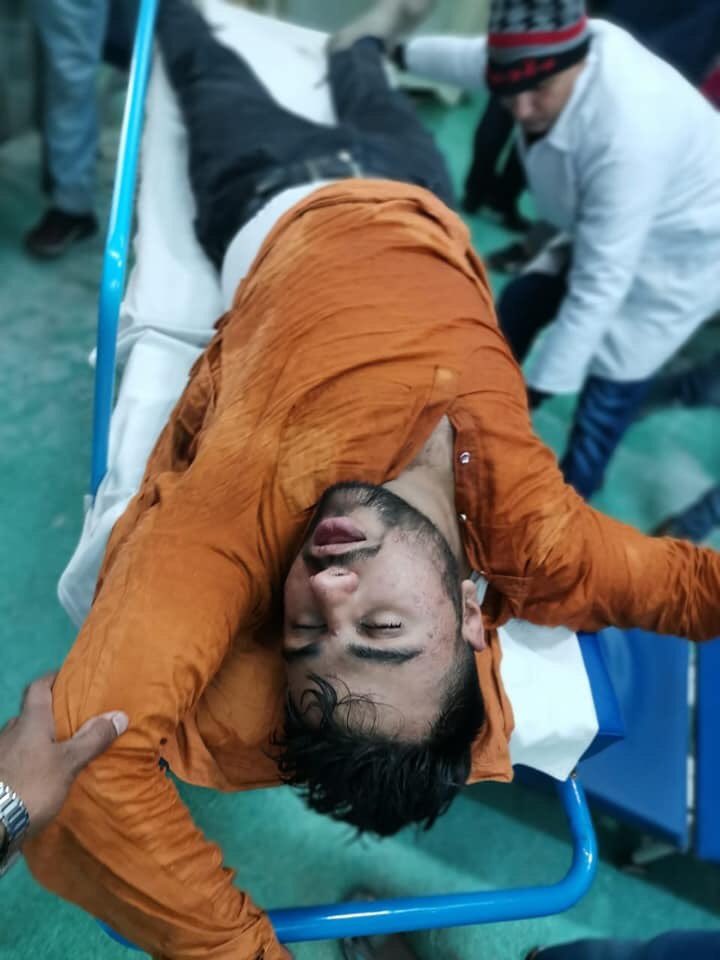 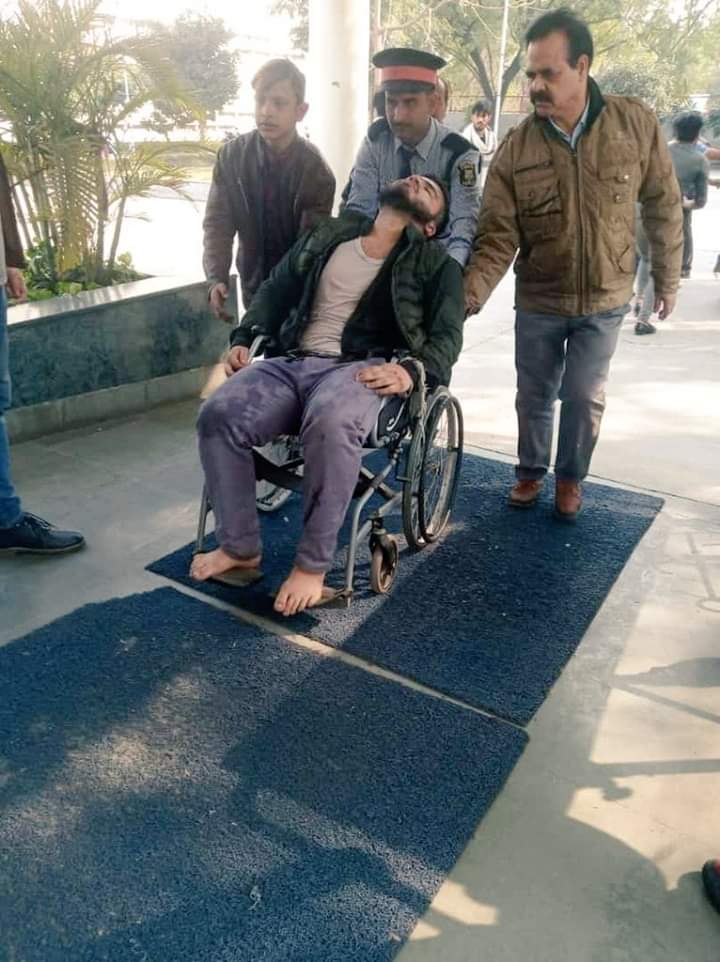 Vice Chancellor of JMI, Najma Akhtar visited Al Shifa Hospital yesterday along with other University officials to meet the students who were injured in the alleged police crackdown.

Yesterday’s protest against the CAA was called by the collective organisation of Jamia students and alumni, the Jamia Coordination Committee (JCC). Police told the media that permission to hold the march had not been given.

A number of students were allegedly detained during the latest agitation around the CAA, and were released later in the evening.

Meanwhile, Shaheen Bagh continues its silent sit-in protest ahead of the Delhi Assembly Election results. “We are neither happy with anyone’s victory nor sad with anyone’s defeat,” The Quint reported one of the women protestors as saying. 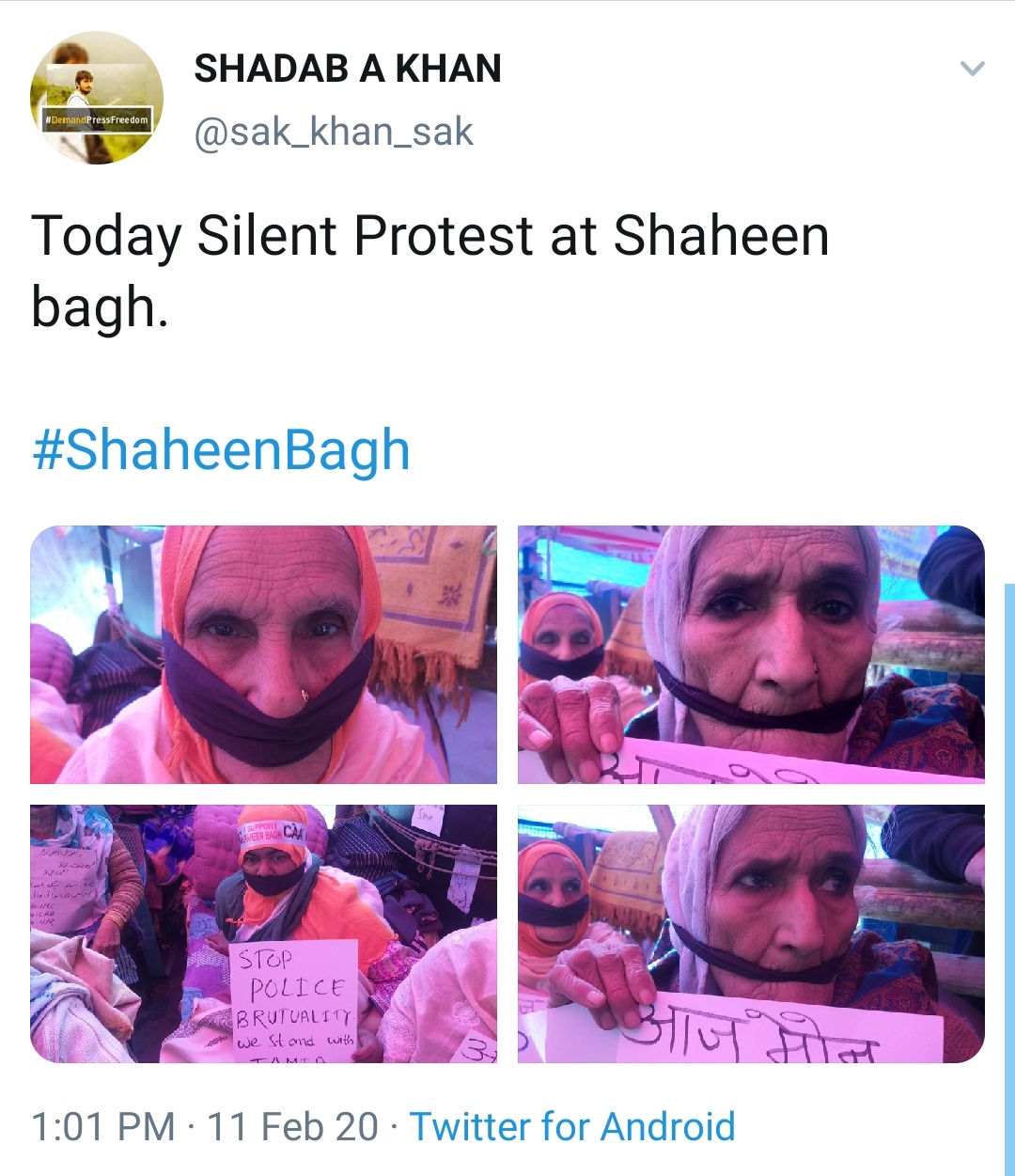 While counting proceeds, the protestors hold up placards not only condemning the alleged police brutality against Jamia students, but also with the words “We don’t support any party.” The silent protest is scheduled to continue through the day into the night.

My Country Weeps On Mothers Day 22 minutes ago

The Night the Nawab was Poisoned 27 minutes ago

We Should Never Forget - Nor Forgive 1 day ago

The Night the Nawab was Poisoned

Central University in Arunachal Orders Gag on Students and Teachers

Hindutva Ceases to be Open Sesame in Electoral Politics