‘They were with us all night, otherwise for three days we have not slept’

NEW DELHI: An uneasy calm prevails on the fifth day of the worst communal riots the national capital has witnessed since 1984. In a number of remarkable stories evidence has emerged of the communal bonds that resist and remain intact in the galis of northeast Delhi.

Whether it’s Hindu families risking their lives to offer shelter to Muslim neighbours, or Sikh gurdwaras opening their doors to shelter survivors, or Muslims standing strong against a mob to protect their Hindu neighbours, these stories cut through the bloodshed in the region.

“Sab khade the humaare saath” (They were all standing with us) she said, adding that the residents of the locality have lived in harmony. “They were with us all night, otherwise for three days we have not slept,” she told the New Indian Express.

On February 25, when the violence in northeast Delhi was reaching its zenith, a few Hindu households in Shiv Vihar offered shelter to their Muslim neighbours. The police reached these homes only on Wednesday and evacuated the Muslim families to a safer location. The Hindu reported Mohammad Rizwan’s account of being saved from a mob by his neighbour:

“I do not know what happened... a mob entered my shop and vandalised it. I somehow managed to save my life while my family members were rescued by my neighbour Pankaj Gupta. As we share a terrace, he jumped to our side and helped my family get to his terrace... he safely took them to his house,” Rizwan reportedly said.

Seven members of another Muslim family were rescued by Vikas Singh, who offered them shelter when a mob was headed in the direction of their home, the report states.

On the same day, rumours began to fly in Laxmi Nagar of stone-pelting in the area, leading to several shops being shut in a state of panic. However, Hindu and Sikh residents stepped up to assure Muslim families in Ramesh Park that they were standing in solidarity with them and would not allow any sort of trouble.

“We were quite frightened when we got to know something has happened in the market area. All of us gathered there, including my Hindu and Jain neighbours, who told us we are with all of you and will not let anyone come here and create trouble,” Mohammad Billal told TimesNow.

In Chand Bagh, one of the most targeted areas, residents formed a human chain around a temple to prevent it from being vandalised. "It would have been shameful for us if the temple had been damaged," a resident, Saleem was reported as saying. 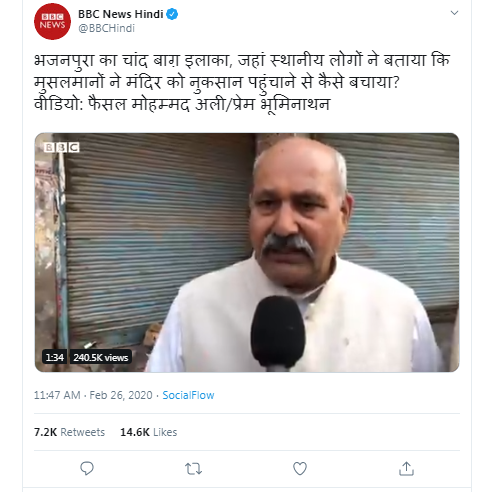 In a video that has been circulating on Twitter, Mohammad Salim who has been a resident of Shiv Vihar for 35 years recounts the harrowing violence that took his brother’s life. A mob set his vehicle parked outside his house on fire, Salim says, once the neighbours informed them that it was “Salim bhai’s car”.

He recalled watching from the terrace of a Hindu neighbour as the mob shot his brother twice, finally throwing him into the jhuggi they had torched.

Salim said his neighbours put a tilak on his forehead so he could travel safely through the streets. “If I didn’t have this tilak, I would have died,” Salim states, adding that he has been calling the police every day to retrieve his brother’s body, only to be told to come down to the police station.

Reports also emerged of gurdwaras in the northeast opening their doors and offering shelter to victims of the targeted violence.

Akal Takht jathedar Giani Harpreet Singh asked all gurdwaras in Delhi to offer help to survivors, as reported by the Indian Express. “The situation in Delhi is serious and so the managements of all Sikh gurdwaras in Delhi should help the victims of violence in this time of grief, irrespective of their religion,” Singh was reported as saying.

In Seelampur, members of the Dalit community reportedly blocked the roads to protect their Muslim neighbours. It was later reported that the Muslims prevented another “right-wing mob” from attacking their Dalit neighbours.

In Babarpur, members of Hindu and Muslim communities worked together to save shops from the mobs. 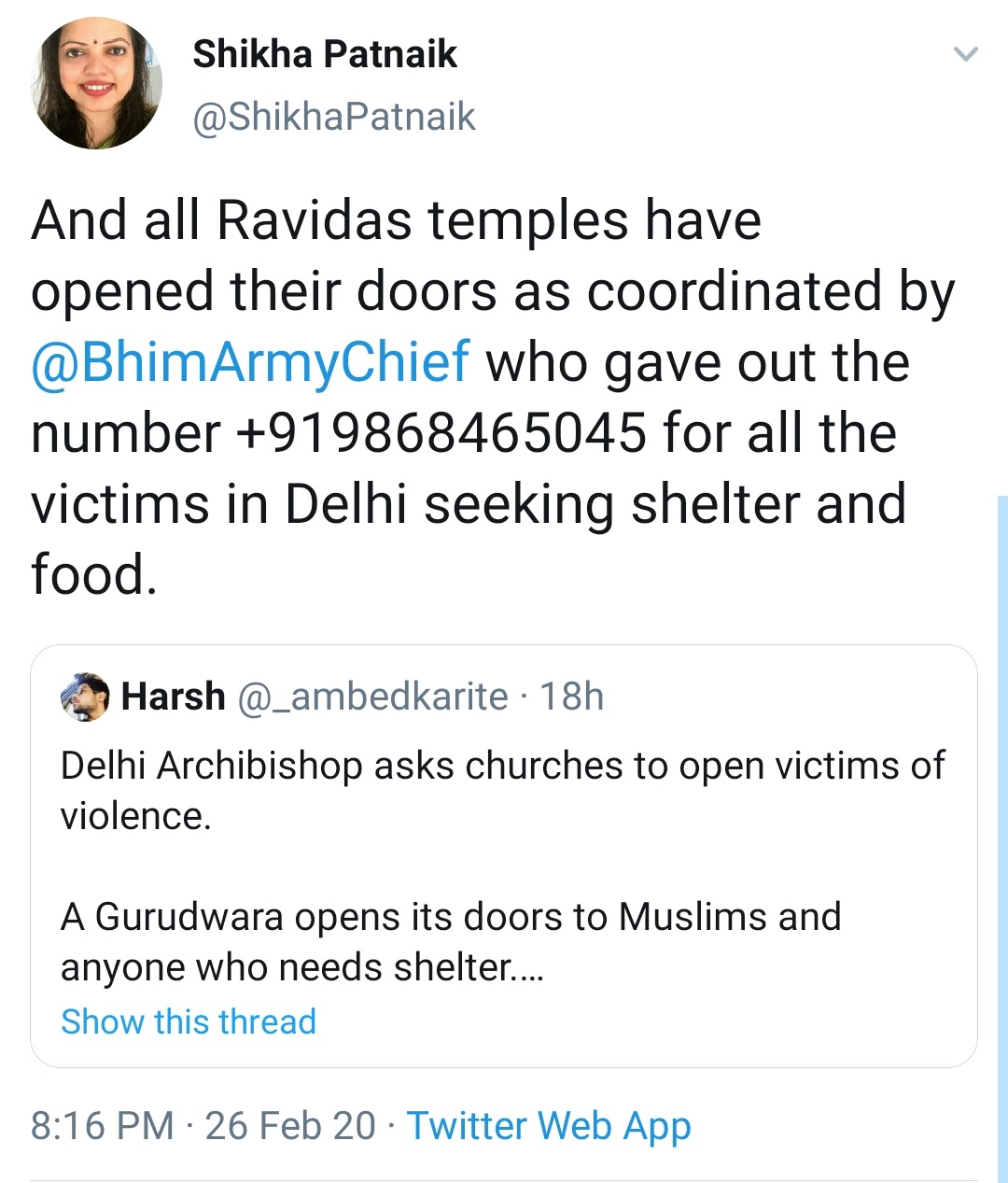 China has India in its Crosshairs, We Need to Stand Up 22 hours ago

This Government Has Made Me a Writer 23 hours ago

“Indian Democracy is Under Quarantine” 1 day ago